sogabe laboratory (kanagawa university) in collaboration with tokushima-based practice hari architects has completed ‘kamikatsu asahi municipal housing’, a collection of seven detached residences in kamikatsu, tokushima prefecture, japan. situated on a site that originally served as a plot for terraced rice fields, the design maintains the relief of the land by integrating curvilinear differences in the elevation through both the exterior and interior of the project. 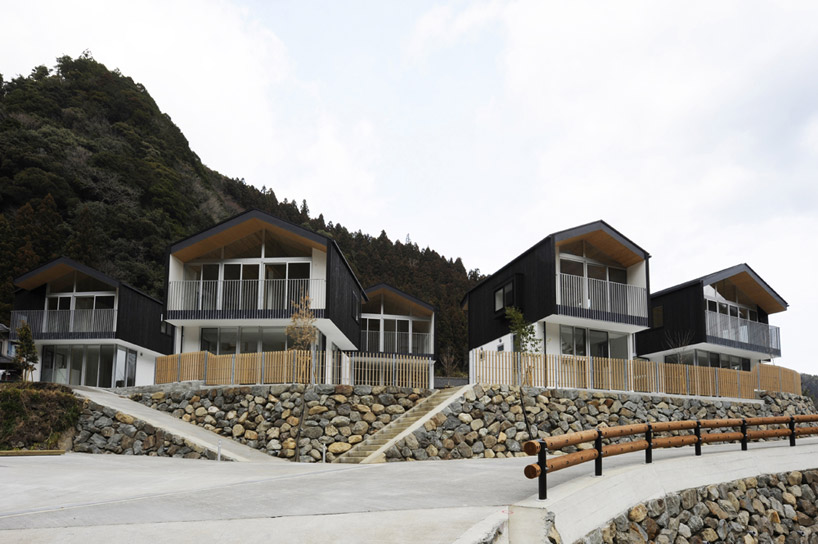 resting at the foot of a dramatic incline, the housing is a composition of multiple two-storey buildings which are arranged in an off-grid fashion. each structure was conceived as an individual habitat, ranging in footprint sizes and orientation. a sense of continuity between the residences are established through a peaked roof form and a clear delineation of levels: the first floor is read as a white base while the higher level is seen as a floating dark volume. the interstitial space between the houses feature subtle platforms that gently meanders throughout the site. 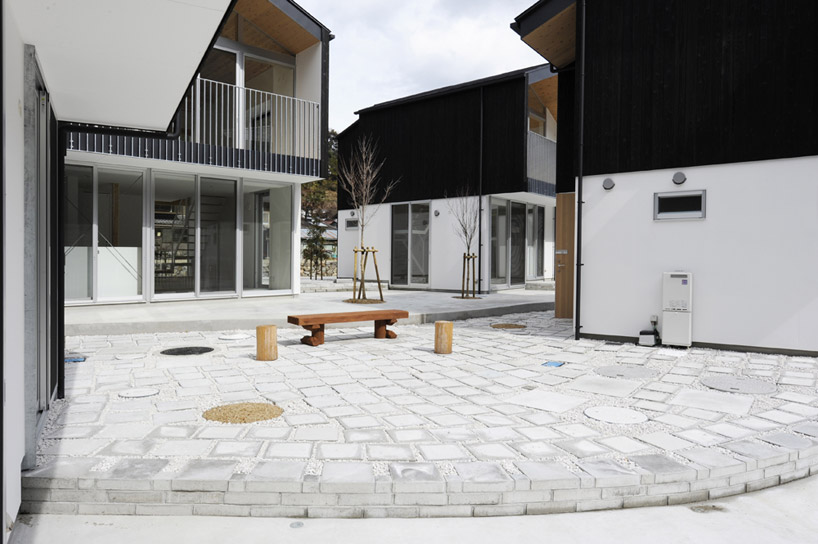 with a focus on establishing a strong relationship between neighbours, the design of the ground floor was approached as an open interface. floor-to-ceiling windows lend views of the dining and kitchen space and open out to a common focal point on the ground. the language of the artificial rice terraces continues into the interior, manifesting as slight platforms in the layout. the resulting effect loosely defines zones in the open-concept scheme. 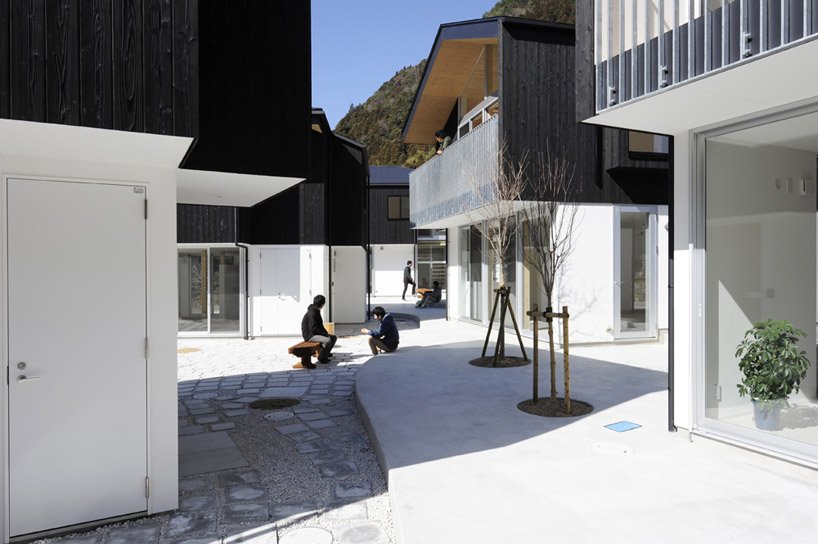 taking advantage of the vantage point of the site, the second storey seeks to put outward focus on the surrounding landscape: large windows provide views of the mountains and asahi river, integrating elements of the outdoors into the atmosphere of the living space. 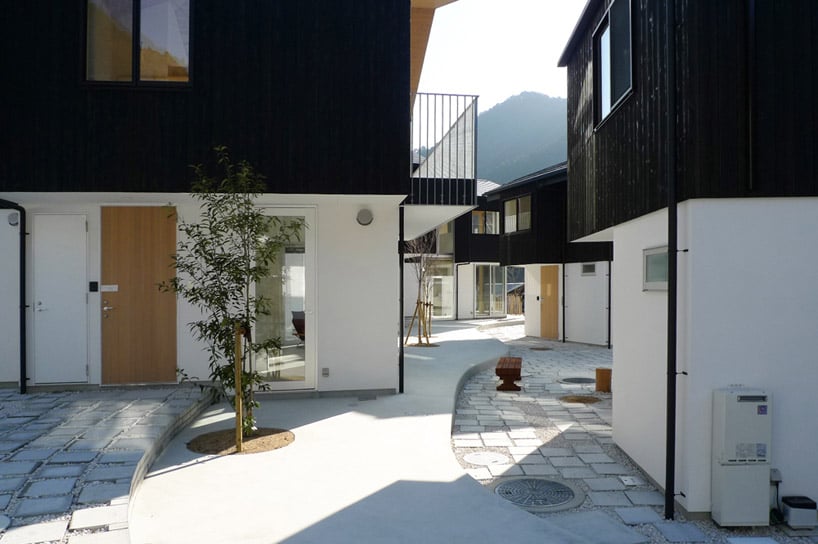 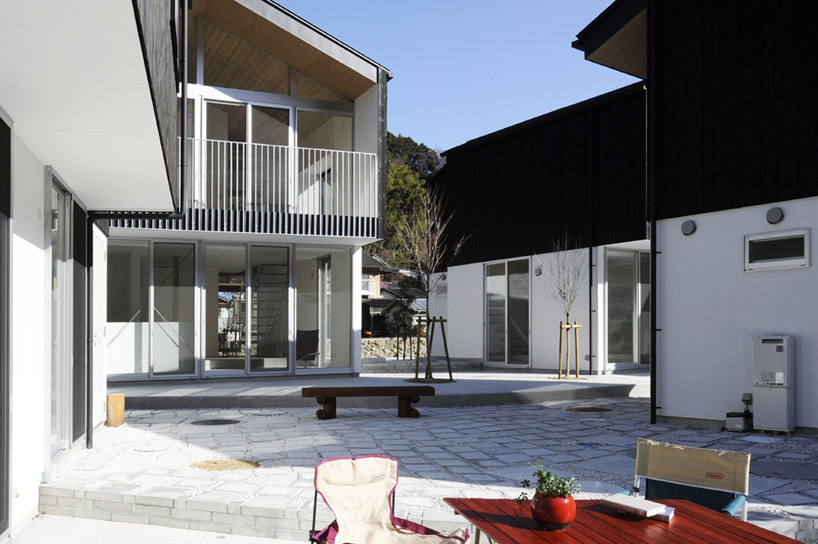 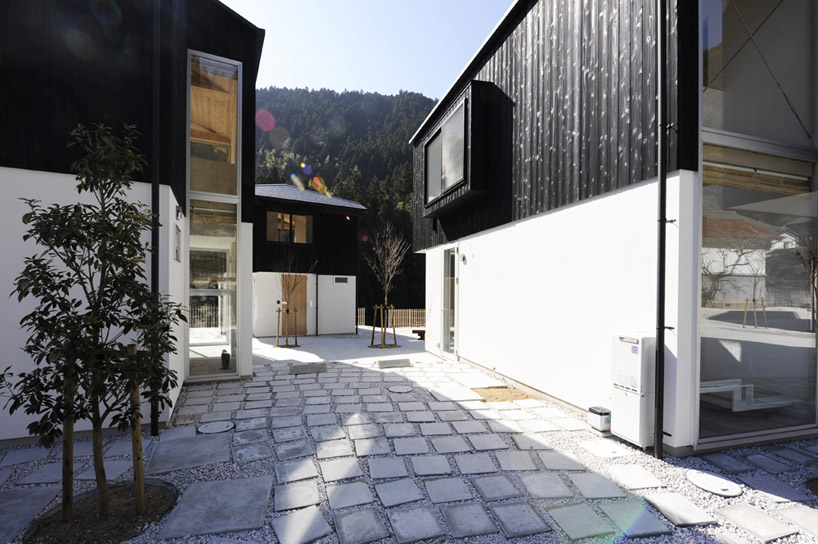 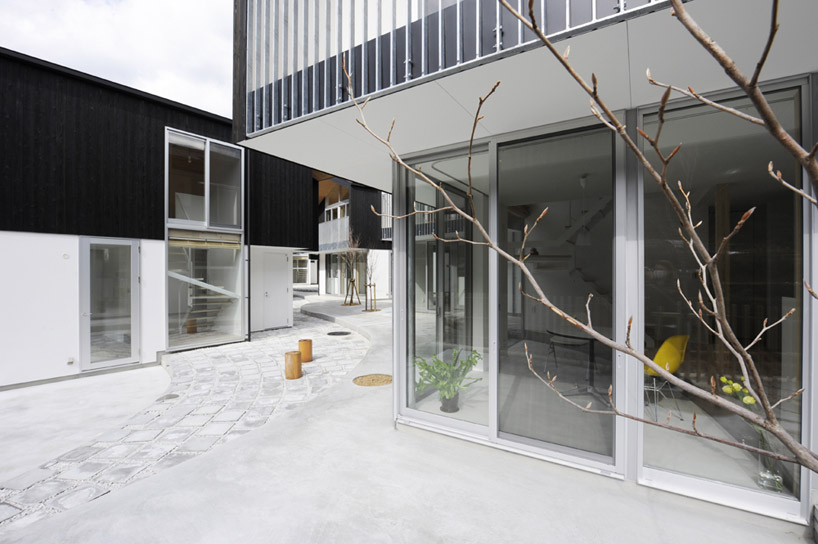 looking into the ground floor of a unit 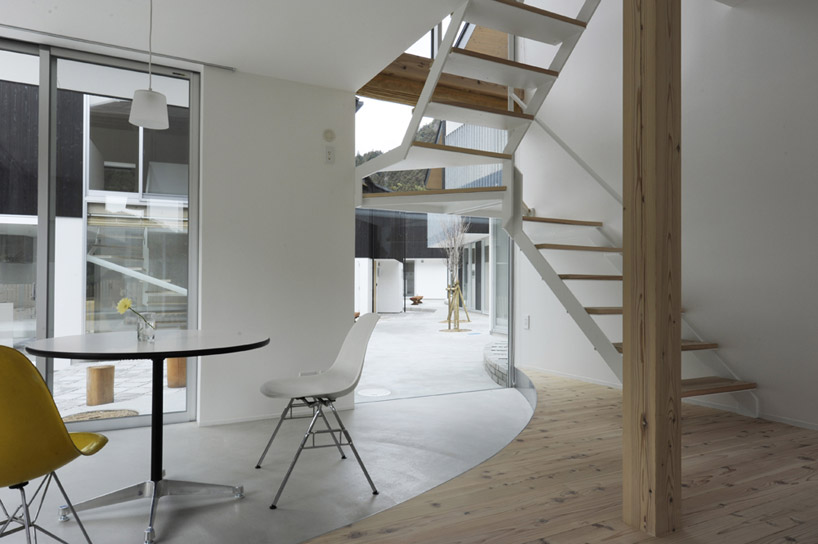 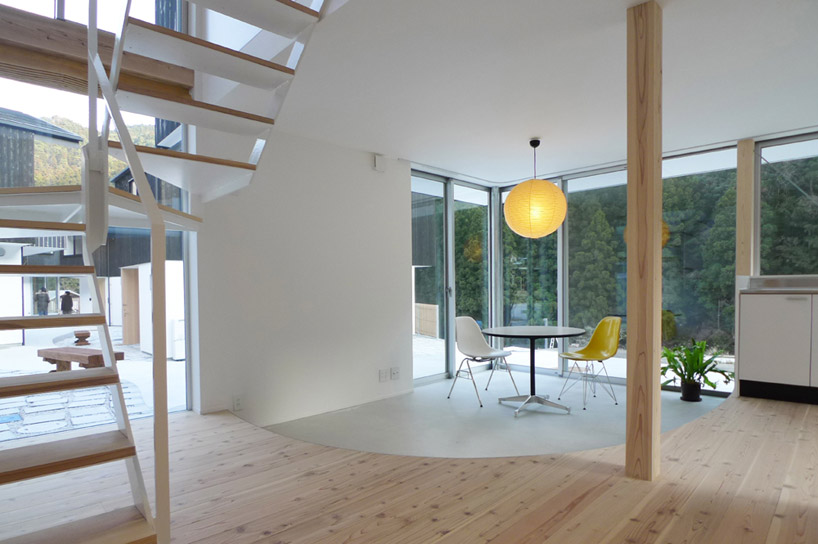 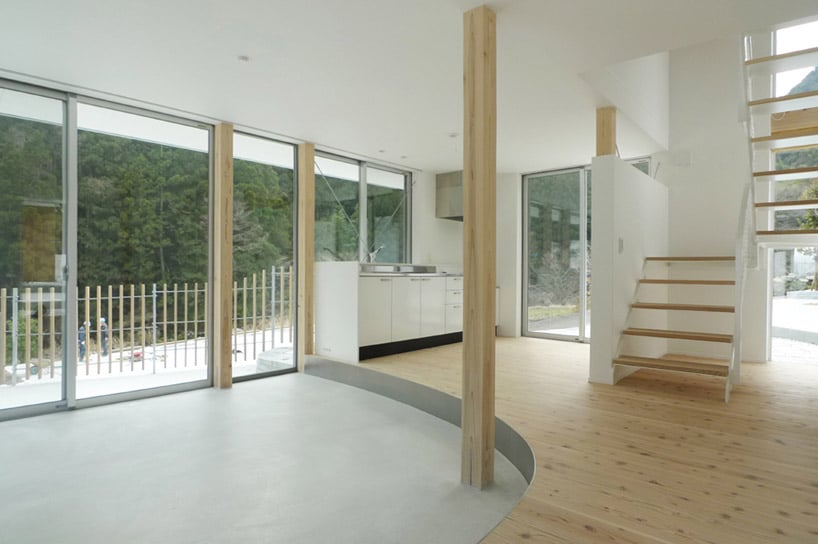 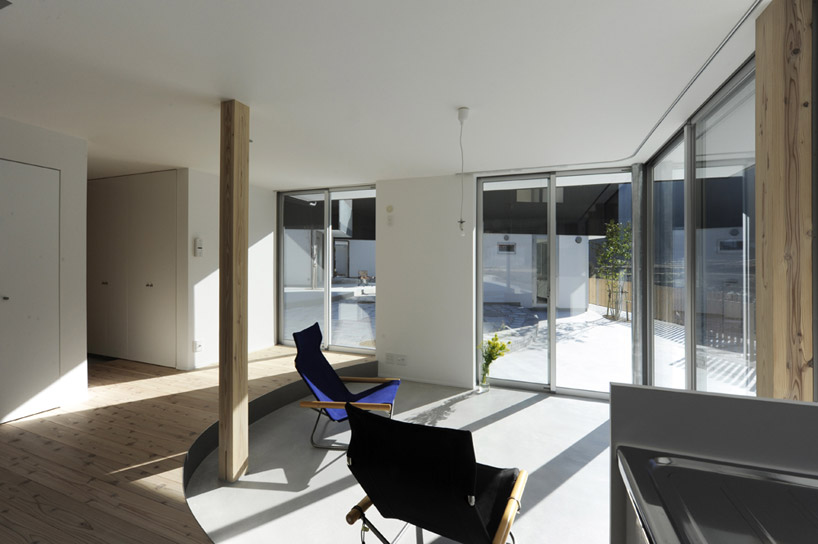 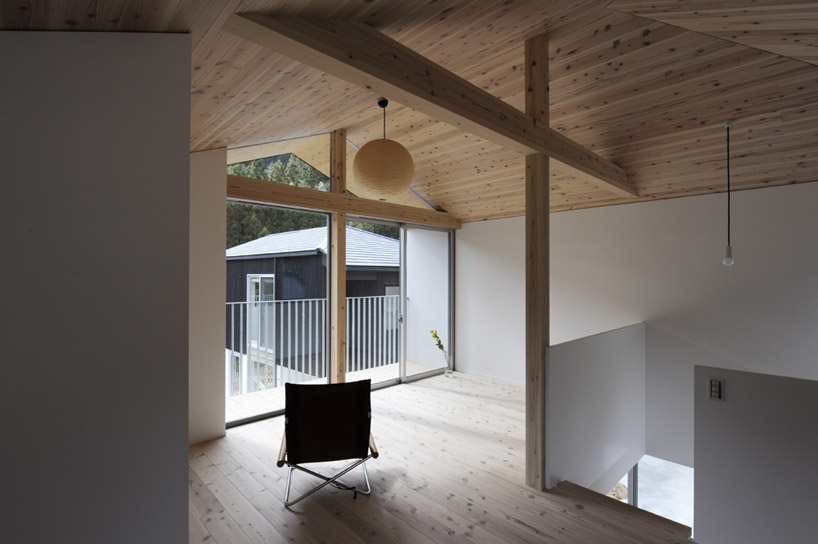 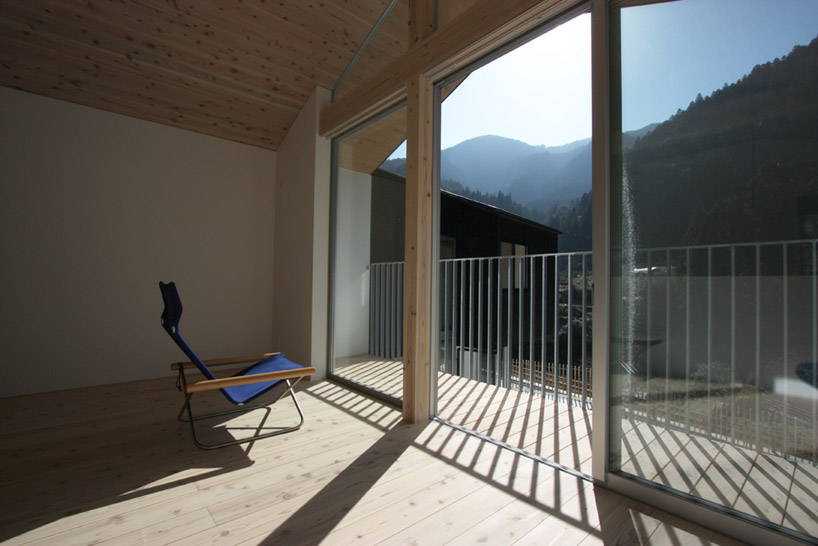 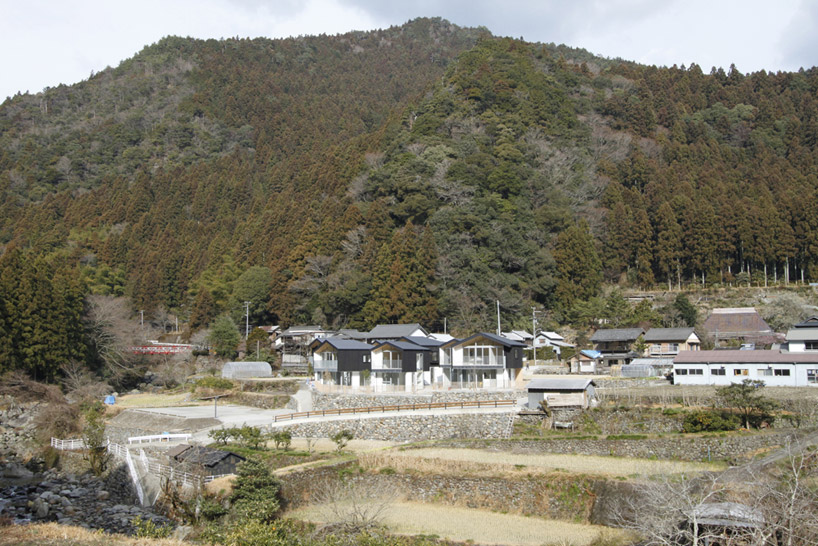