madrid-based architect martin ferrero has sent us a preview his research on hexagonal photovoltaic laminated glass for curved building-integrated photovoltaics BIPV systems. the system is based on a-Si (amorphous silicon) thin-film technology and serves to ensure complete photovoltaic integration while allowing for curved structures.

the photovoltaic glass is produced by projecting fine layers of amorphous silicon onto glass with high optical transmittance. special lasers are then used to design and interconnect the cells that make up the unit. the use of hydrogenated amorphous silicon as an absorbent material eliminates many of the problems found with crystalline silicon when it is used for a BIPV system. the potential of this technology can be applied to a variety of structures including stadiums, private homes, charging stations and, eventually, electronic roads. 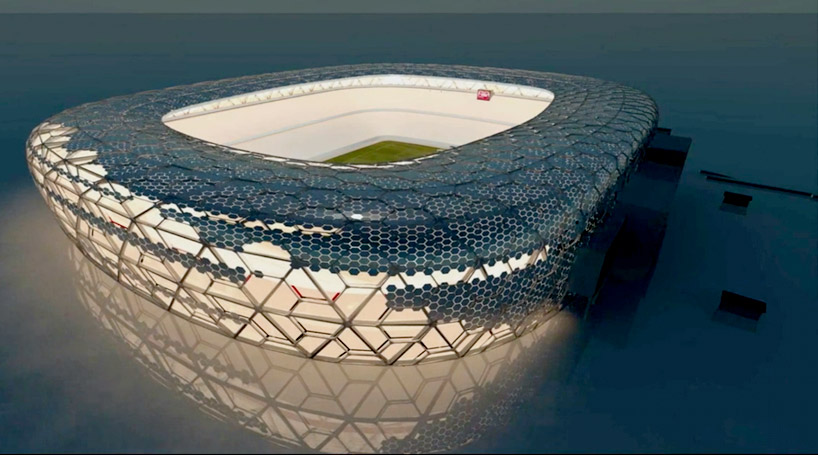 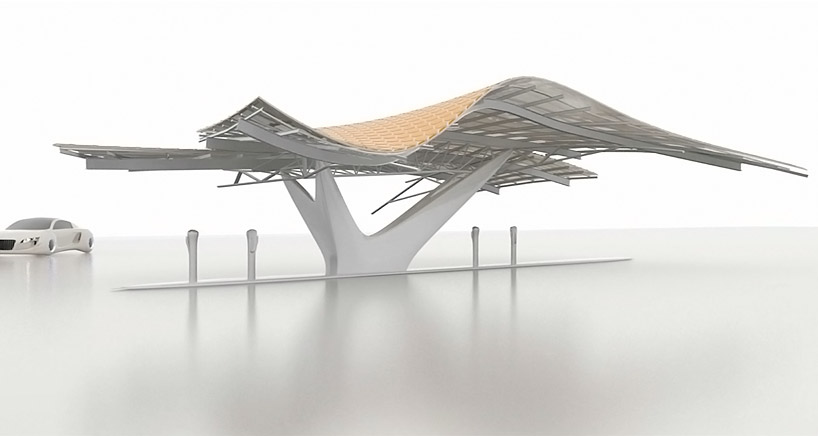 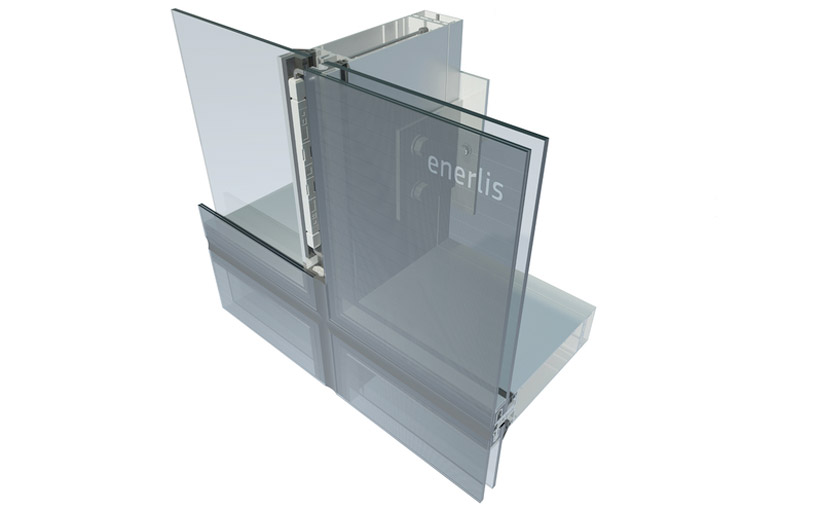 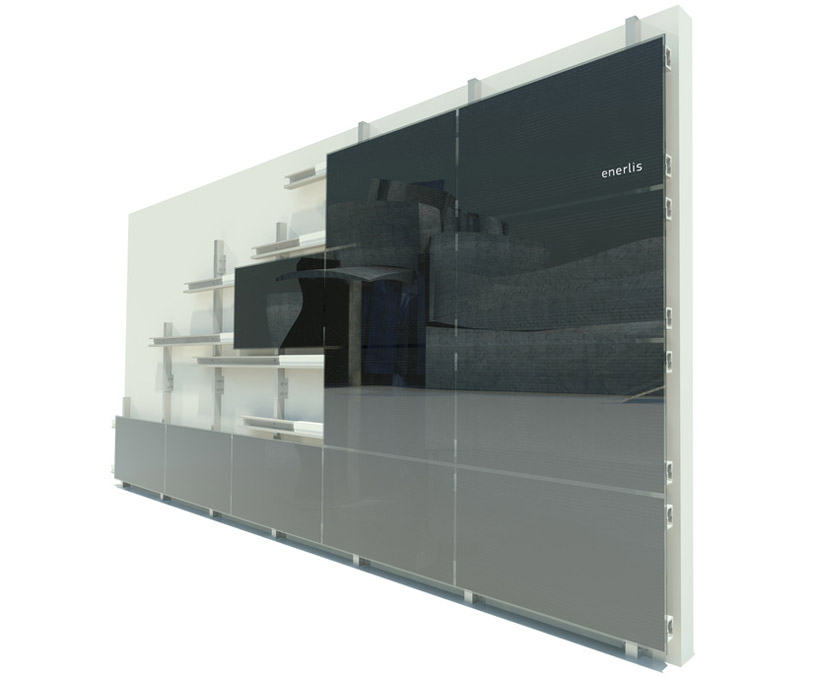 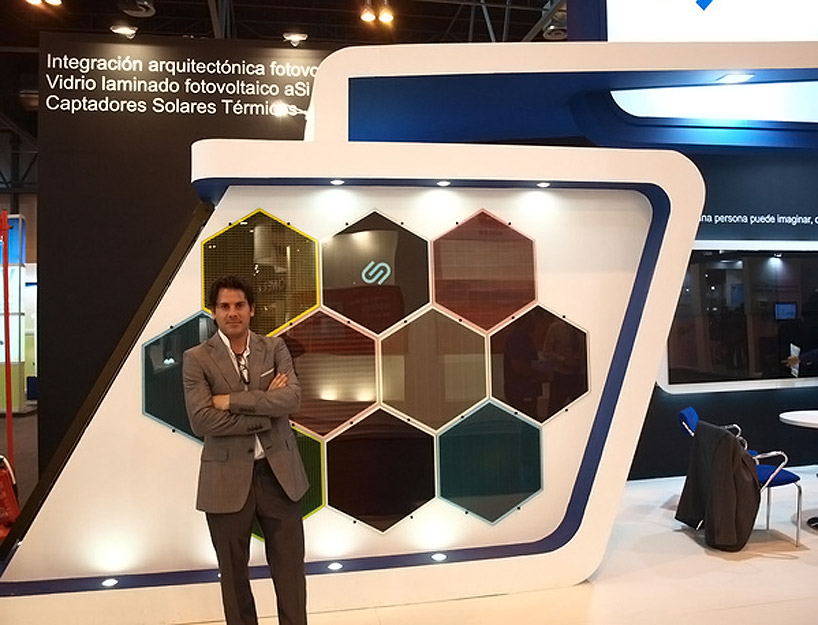 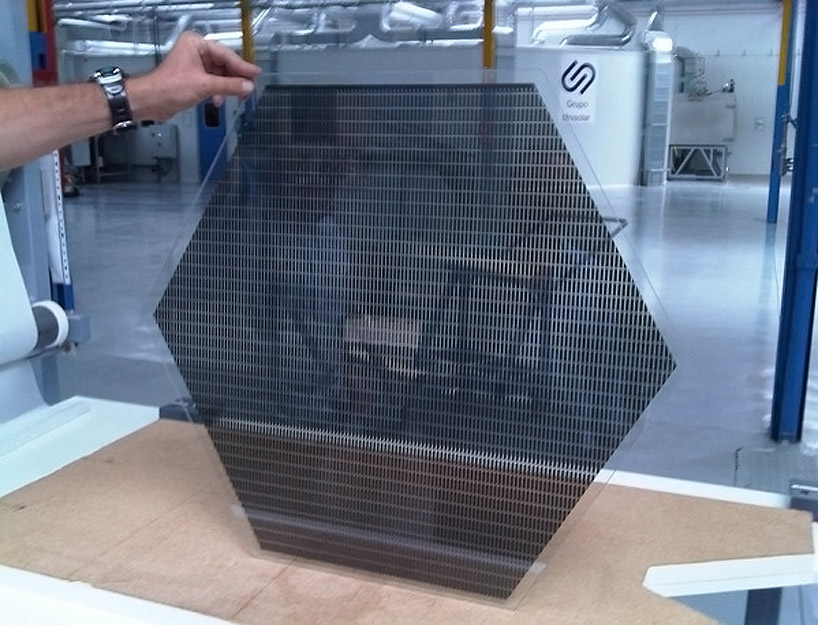 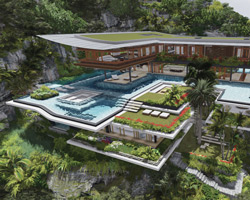