as part of the landart generator competition – this year being held in abu dhabi – the istanbul-based studio, superspace, has been shortlisted for its ‘solarCLOUD’ project. the proposal, designed to be situated at the gate of masdar city, imagines 1500 solar ‘balloons’ to occupy the public space. woven with a solar fabric, the intervention is envisioned to provide shade in the daytime while harvesting energy from the sun. then at night, the balloons will gently fall, behaving like a kinetic sculpture and providing a basis for digital real-time light art shows.

tethered ‘balloons’, enveloped with woven solar fabric, move up and down with the rise and fall of the sun, forming a digital interactive cloud for shadow and light

all images courtesy of superspace

the project by superspace, and the competition itself, is based on the notion of creating green energy that can be easily accessible and part of daily life for people across the globe. in addition to themes of sustainability, the solarCLOUD proposal also intends to create a new landmark for masdar city. by bringing locals together under a canopy of balloons that also creates energy to rise up and down, the project aims to reconnect the community with the natural rhythm of the earth. 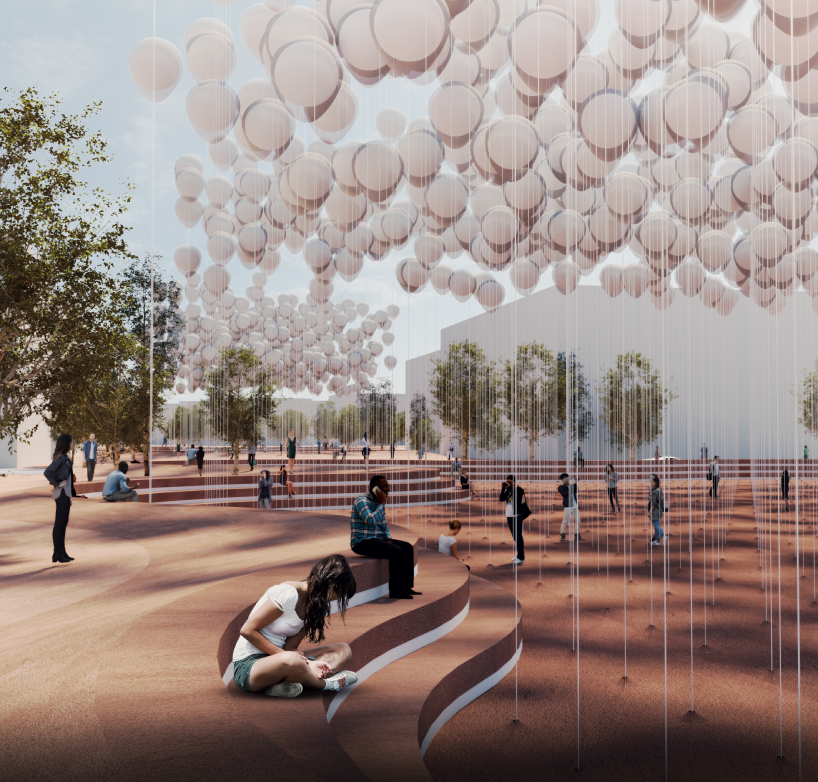 a view during the day, when the balloons are flying high and harvesting energy

covered in a solar fabric, once planting a balloon on the site, it would behave like a crop, growing daily and catching energy from the sun. just like sunflowers that tilt their heads towards the sun, the balloons are also triggered by solar energy and rise high in the sky during the hours of daylight. at night, after the sun goes down, the balloons would gently fall to create a lower canopy that would also provide the basis for digital real-time light art shows, simultaneously designed by artists as well as its users. 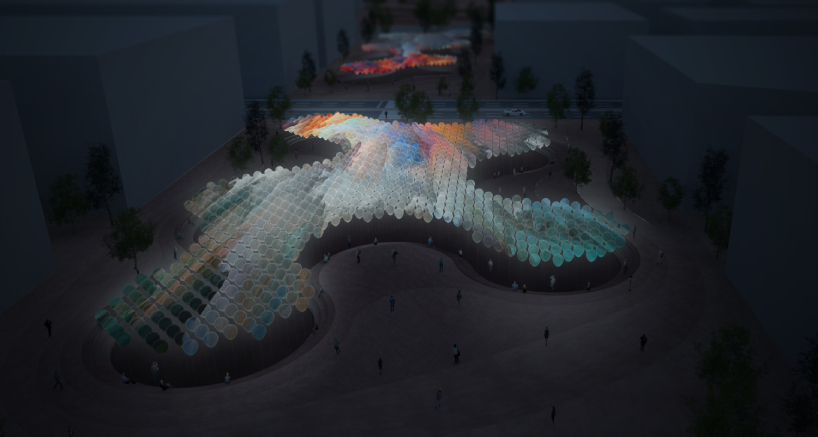 a mesmerizing art show during the ‘it’s lit!’ festival

an event place to gather, using solar energy to power the ephemeral kinetic sculptures in harmony with the natural flow of life 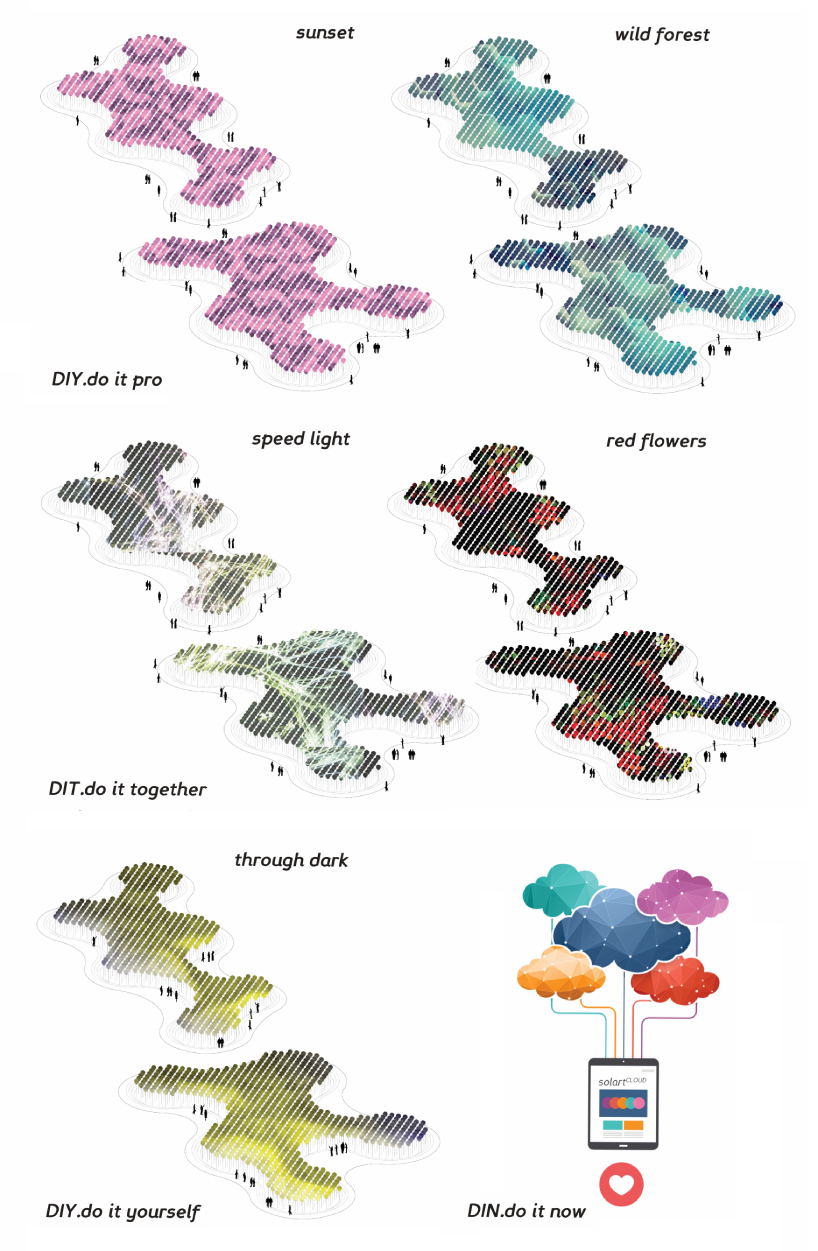 the material technology behind the project 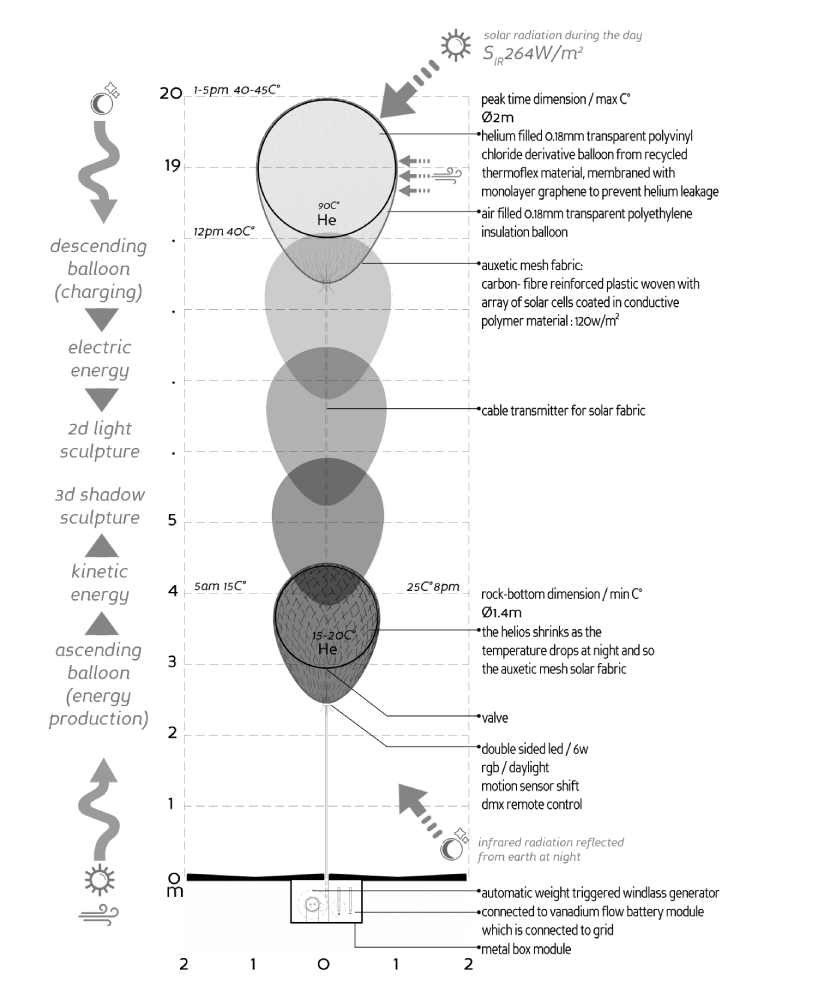 technical details of the solar fabric encapsulated solar balloon: rising in the daylight by the heat, descending at night by fall of the heat inside

the energy production and use of the solarCLOUD 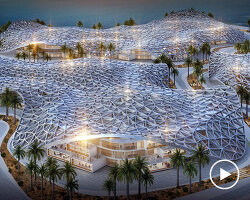 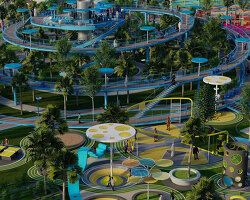