the recent international design competition for a marine research center in bali, indonesia gave firm solus4 an opportunity to study and architecturally interpret the structure of tsunami waves. the competition, co-sponsored by arquitectum and universitas pelita harapan in indonesia, sought to address the need for tsunami research and preparation in response to the devastation caused by the 2004 indian ocean earthquake and tsunami.

the 2500 square meter marine research center would be located 150 meters off shore from the of kuta beach. it is an imposing fluid structure that seamlessly adapts to its natural aquatic environment and allows visitors and scientist to have a direct visual connection to the exterior. the program which consists of research labs, bedrooms for scientist, seawater pool, aquatic garden library and an auditorium would be distributed under and over the surface of the sea.

the solus4 design team sought to understand the wave dynamics and the resulting wave force patterns that are generated as tsunami waves are created and radiate out from an epicenter. the wave forces, when translated to linear patterns, inform the shapes that are integrated into the building form and result in patterns that seem to be born of the sea. building forms are then used to respond to the programmatic requirements of the facility for both on-board scientists and the interested visitor.

in keeping with the nature of the universal ocean, the project is intended to be wholly energy efficient. large glass-based panels form the skin – both transparent and opaque as well as embedded PV cells. the close in to shore location allows for tidal/current generators to serve the power requirements. rainwater collection and seawater conversion systems take care of the domestic water requirements. deeper source seawater is circulated through the skin for radiant cooling and temperature control of the overall anthropomorphic shape.

the unique shapes and programmatic requirements would serve as an icon for scientific study and tourism in this location. 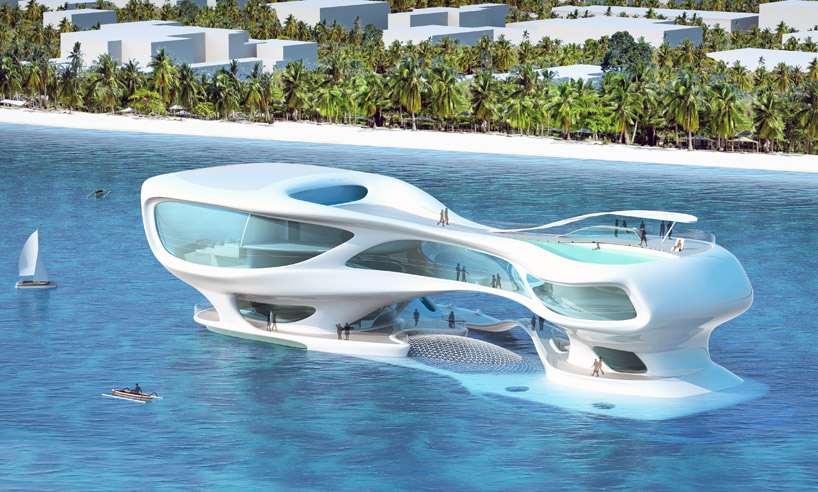 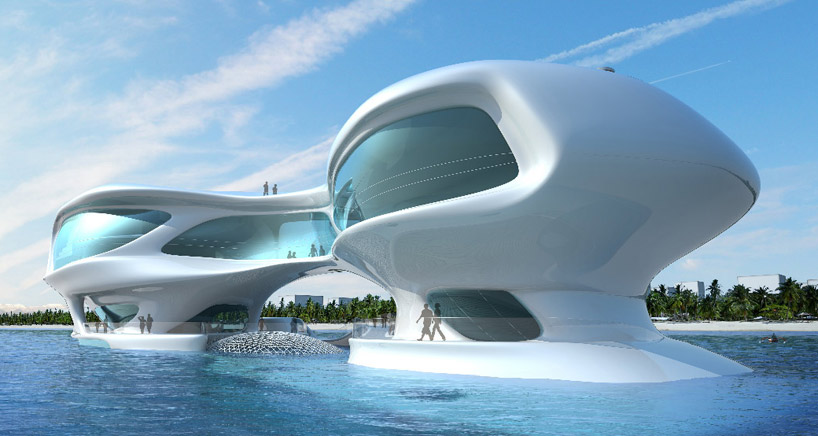 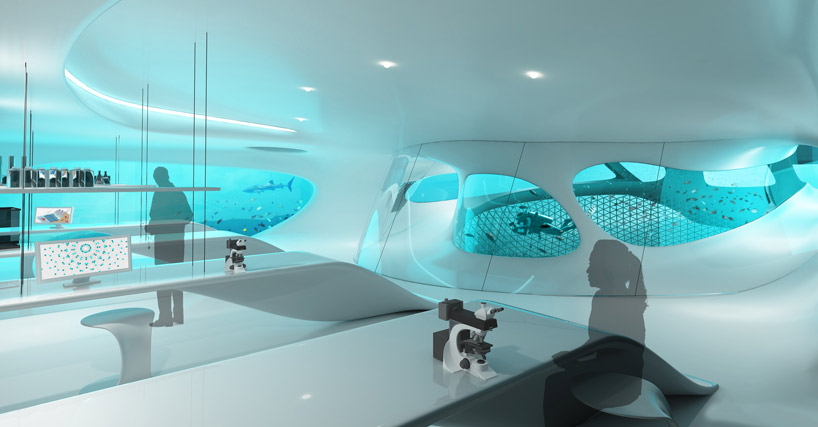 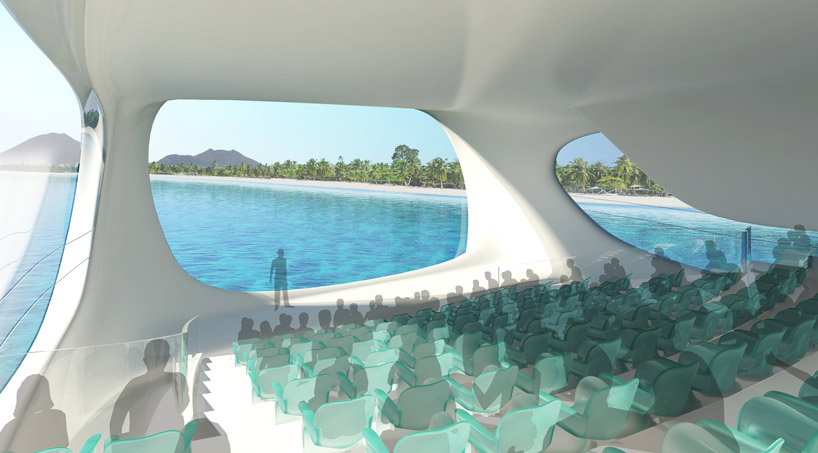 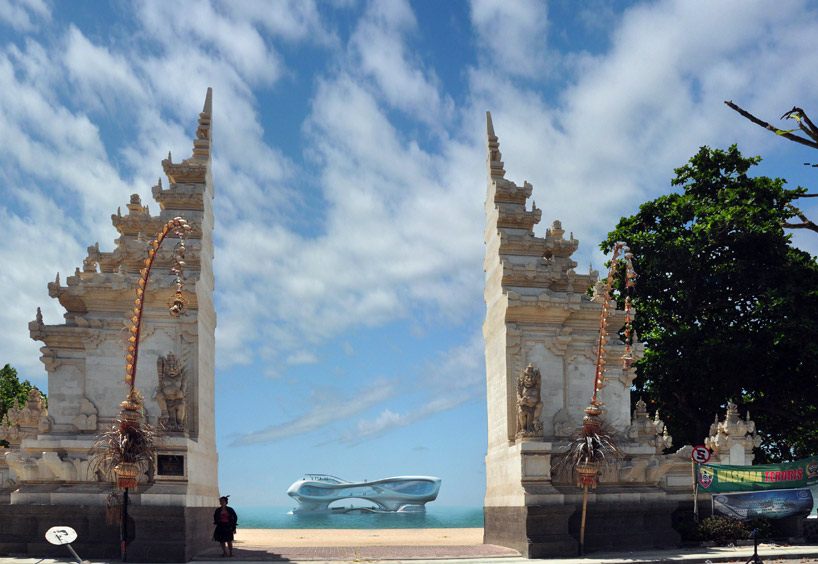 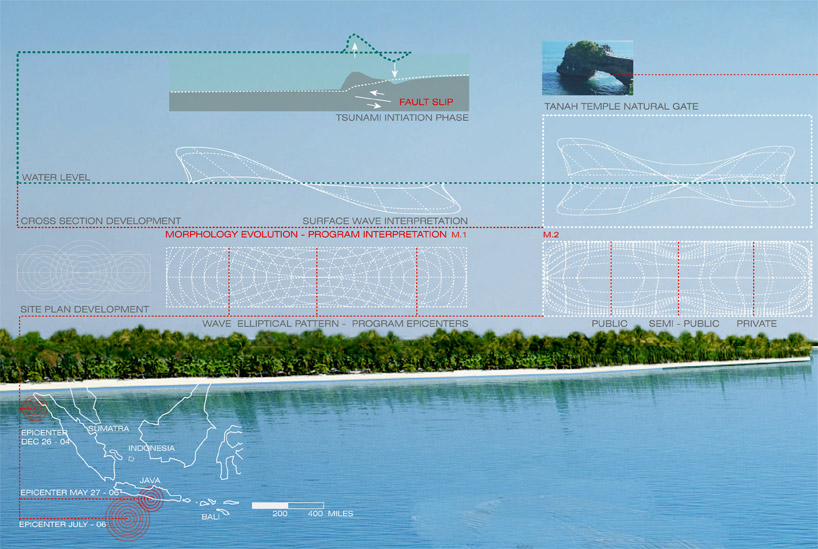 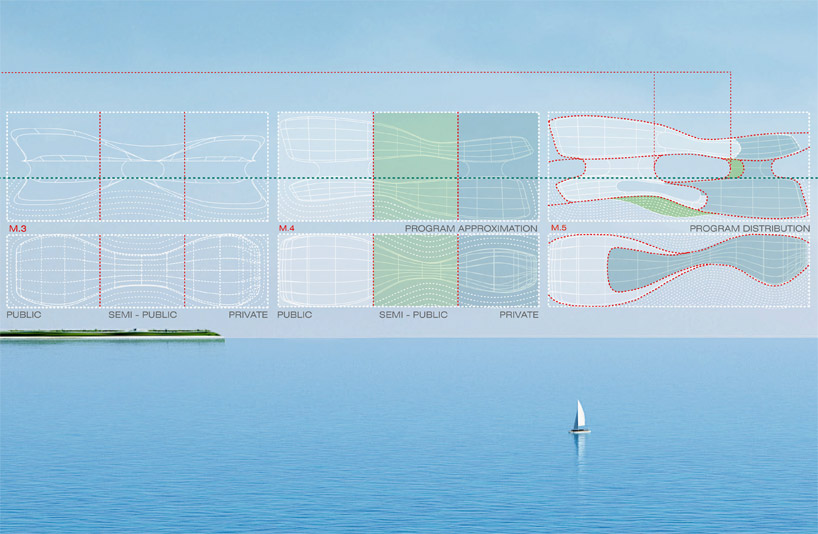 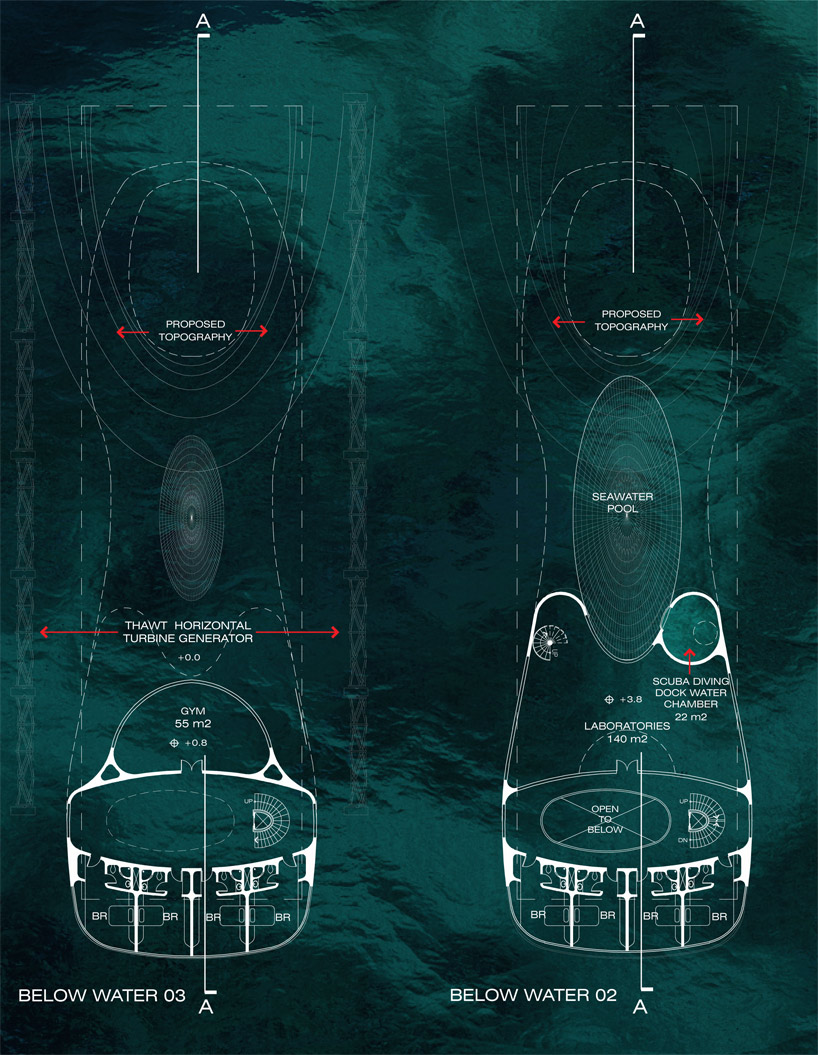 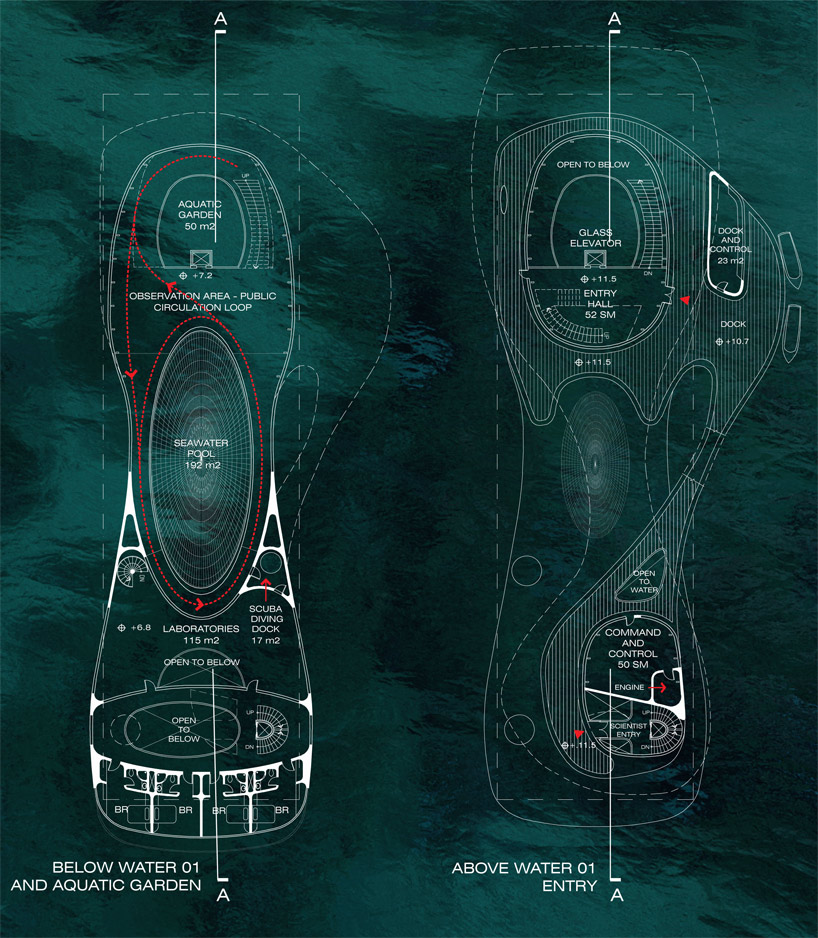 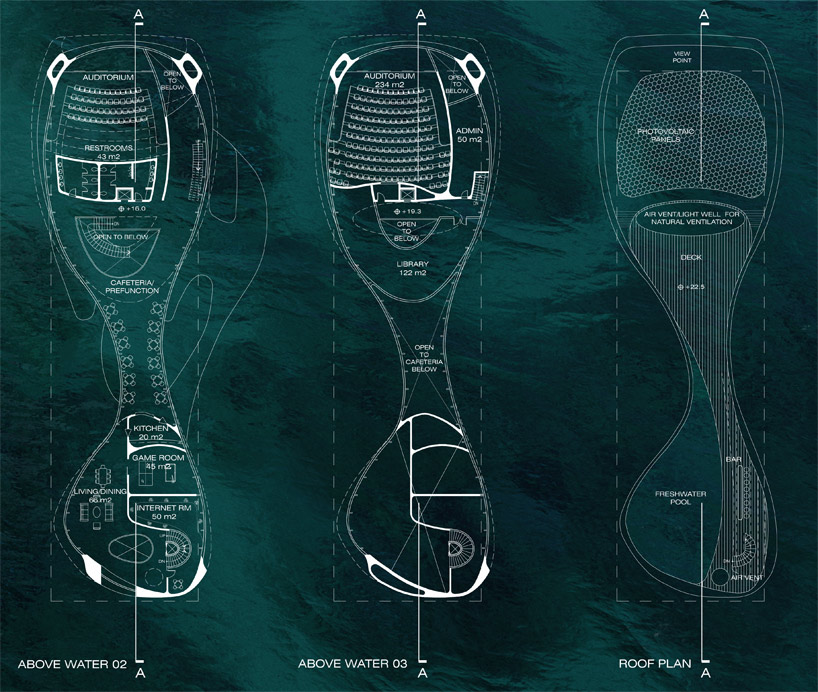