skidmore, owings & merrill (SOM) has revealed a first look at ‘catalinas rio,’ a waterfront office building planned for buenos aires’ expanding business district. the project makes up a significant portion of the city’s new ‘catalinas norte II’ masterplan, a major undertaking to transform a series of disused rail yards which occupy the rio de la plata, linking the area with the city’s business district. designed to generate a public center of activity, the project integrates retail, green space, and two interlocking trapezoidal towers joined by skybridges and green terraces. with these elements, the project will curate a vibrant new identity for the district and the city skyline. 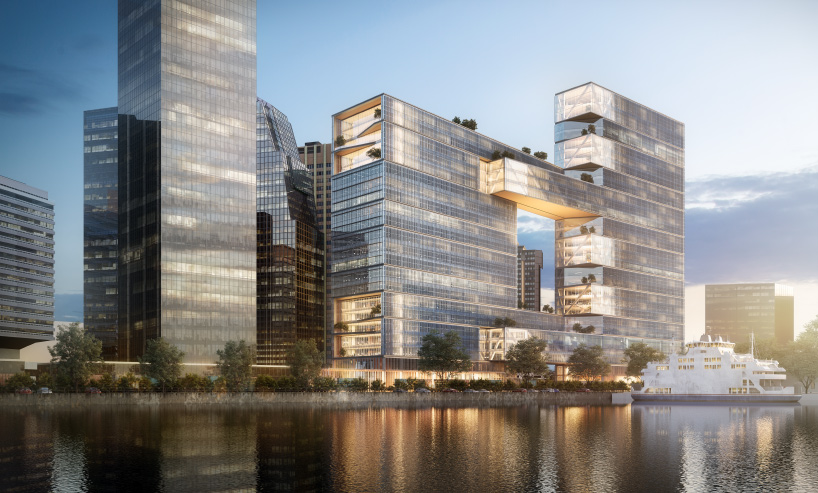 through the development of the ambitious project, SOM with consultatio real estate seek to bring the city closer to the waterfront and establish a vibrant new destination. by building over former railways and moving highways below grade, ‘catalinas rio’ will enhance the public’s engagement with this previously disused urban space. the project is to be located on catalinas norte II’s largest site, covering three of the district expansion’s seven lots, positioned in one horizontal row along the waterfront. this new urban identity begins with public space –- an outdoor urban square expressing its influence by the architectural language of buenos aires’ historic fabric. 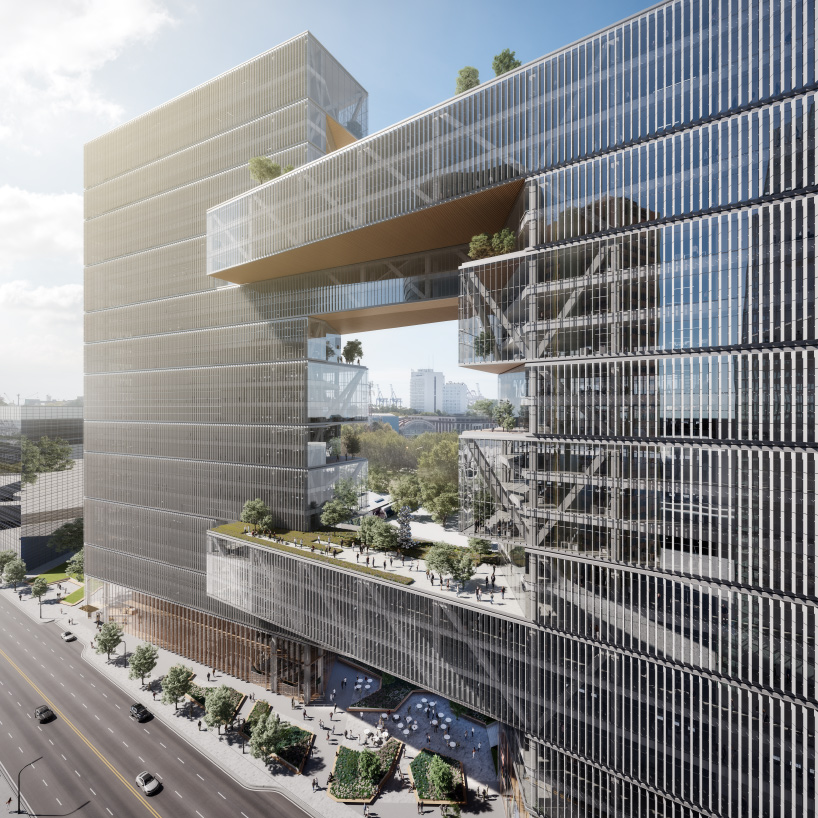 nestled between the building’s two towers, the outdoor urban square — the public heart of the project — links the street, waterfront, and every part of the building. characterized by retail spaces, the square will be easily accessible to public transportation and nearby amenities. SOM proposes a pedestrian bridge to stretch across the rail lines, highways, and the rio de la plata, connecting the building to the public river promenade and puerto madero — a revitalized mixed-use neighborhood across catalinas norte II. toward the interior, sustainability and wellness culminate to create an enhanced interior workplace. a solar shading filter will reduce heat gain while vertical fins, horizontal shades, and light shelves will be optimized throughout the day to bring natural daylight deep into the interior. 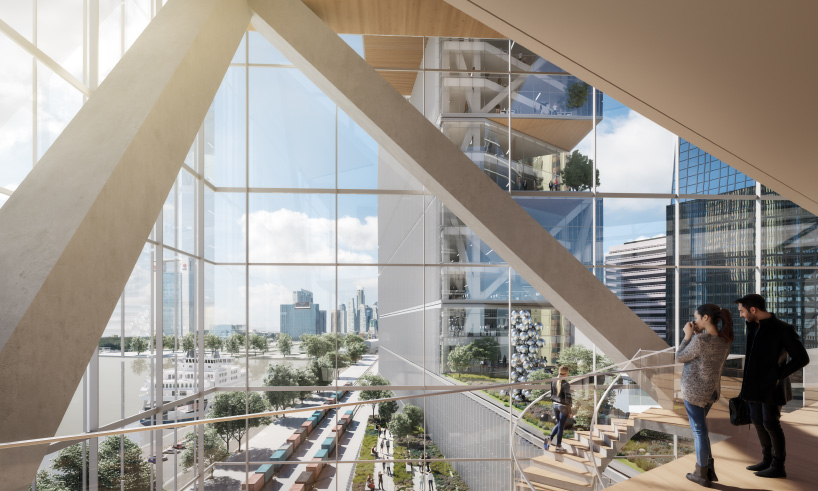 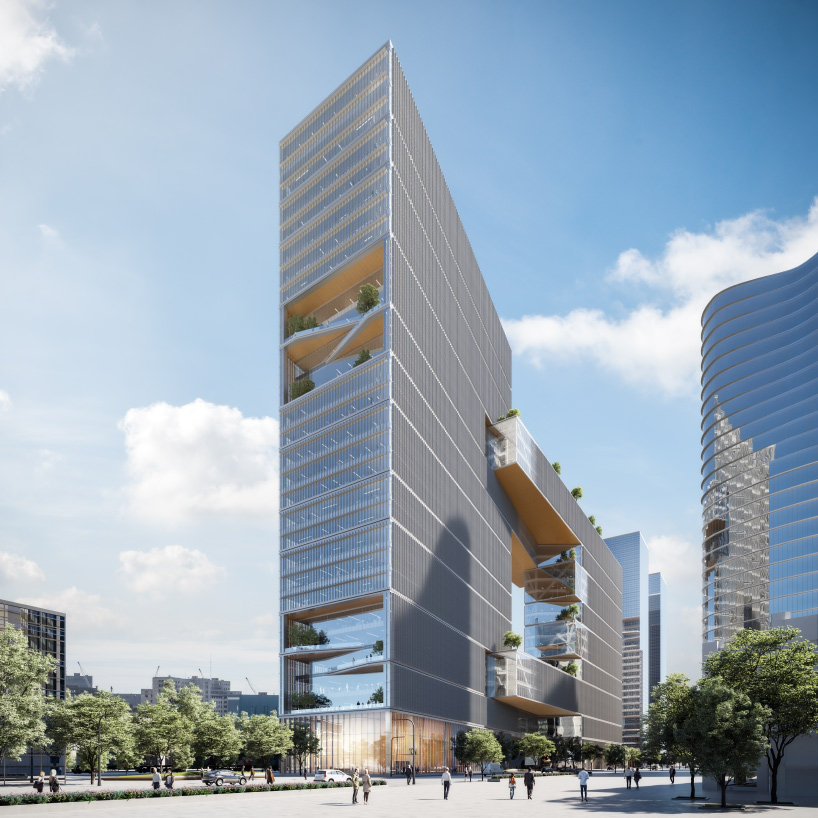 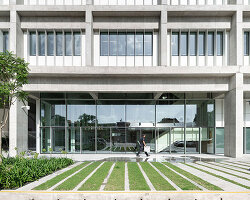 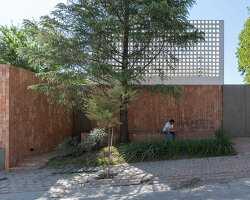 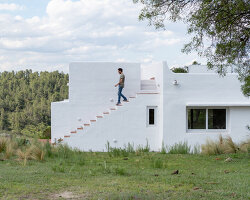 Dec 14, 2020
with its casa elisa, grupo boreal introduces the design language of ibiza to rural argentina 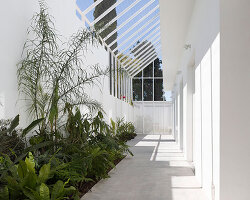 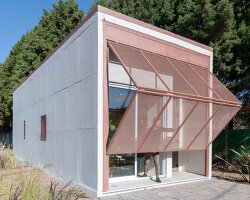 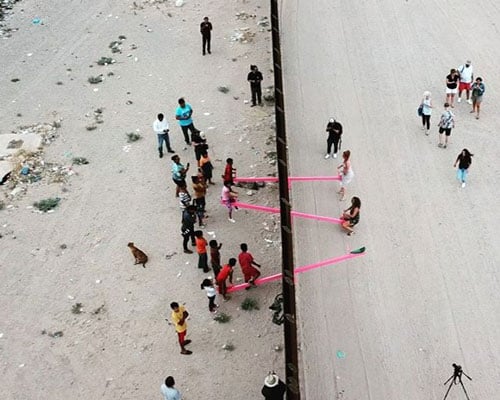