the US general services administration (GSA) has just announced that SOM will be designing the new LA federal courthouse, begininning construction later in 2013 and opening to the public in 2016. the sustainable state-of-the-art courthouse will contain 24 courtrooms, 32 judges’ chambers and 110parking spots. the building will be located at first and broadway, currently a 550,000 square-foot dirt recess in the middle of the city creating a smallbreak in the urban fabric.  the GSA hopes that a new client will buy the old courthouse and update it, repurposing it for offices that may serve the newstructure in the future. scaled down considerably from the GSA’s first program proposals, the project deals with a glass cube supported above the ground,playing with several layers of transparency. 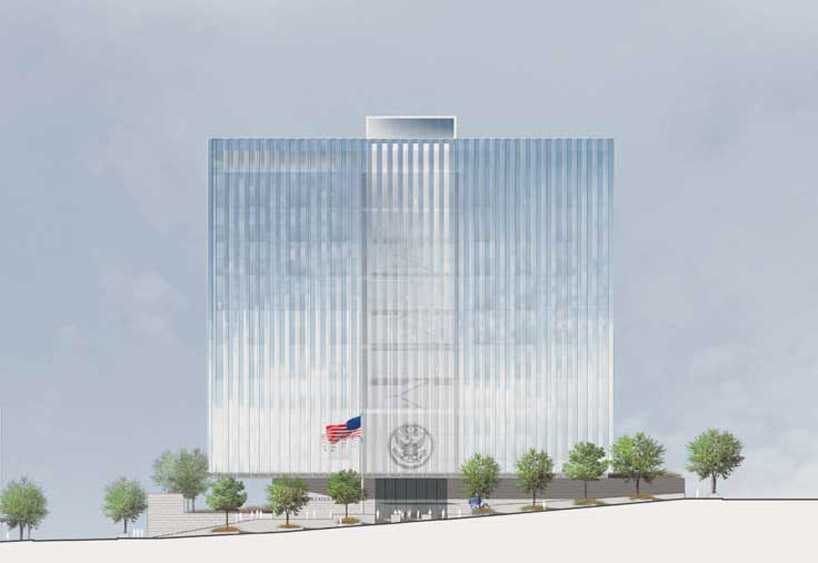