skidmore owings merrill (SOM) has designed complex of residential towers for london’s greenwich peninsula. the project, ‘upper riverside,’ consists of a series of cascading towers with prominent, open roof terraces that take advantage of the location’s riverside vista. the waterfront properties, located near the tip of the peninsula, contain one, two, and three bedroom apartments. 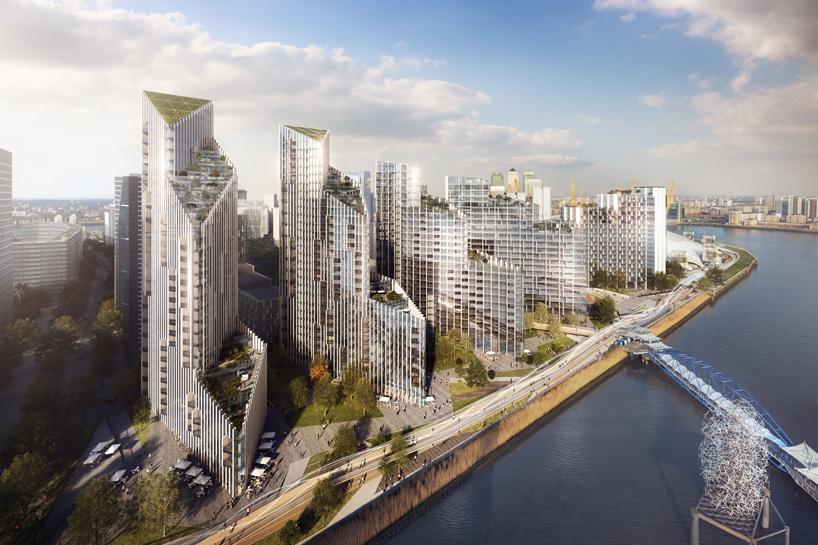 for the greenwich peninsula, SOM’s design for the upper riverside complex also includes other amenities, such as gyms, a private cinema, a library, and game rooms for the residences to enjoy. the roof terraces take advantage of the 270-degree panoramic views while on the ground level, pavement cafes and restaurants line the street at the water’s edge. the towers are part of the area’s larger regeneration and development project, which included a new transport interchange designed by santiago calatrava. 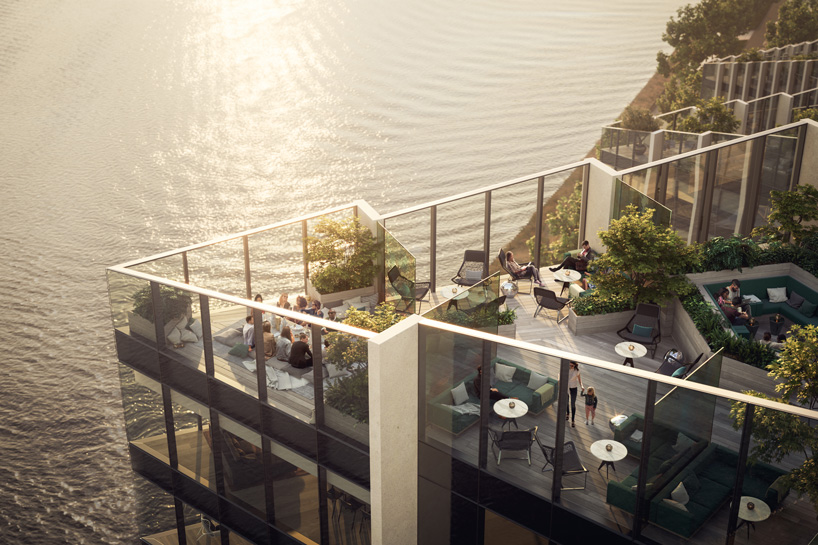 richard margree of knight dragon, the site’s developer, described the project as, ‘a showcase of vertical living but also a new landmark to draw visitors to the water’s edge. sitting only a few minutes walk from the jubilee line, its new public outdoor spaces will really bring the riverfront to life.’ 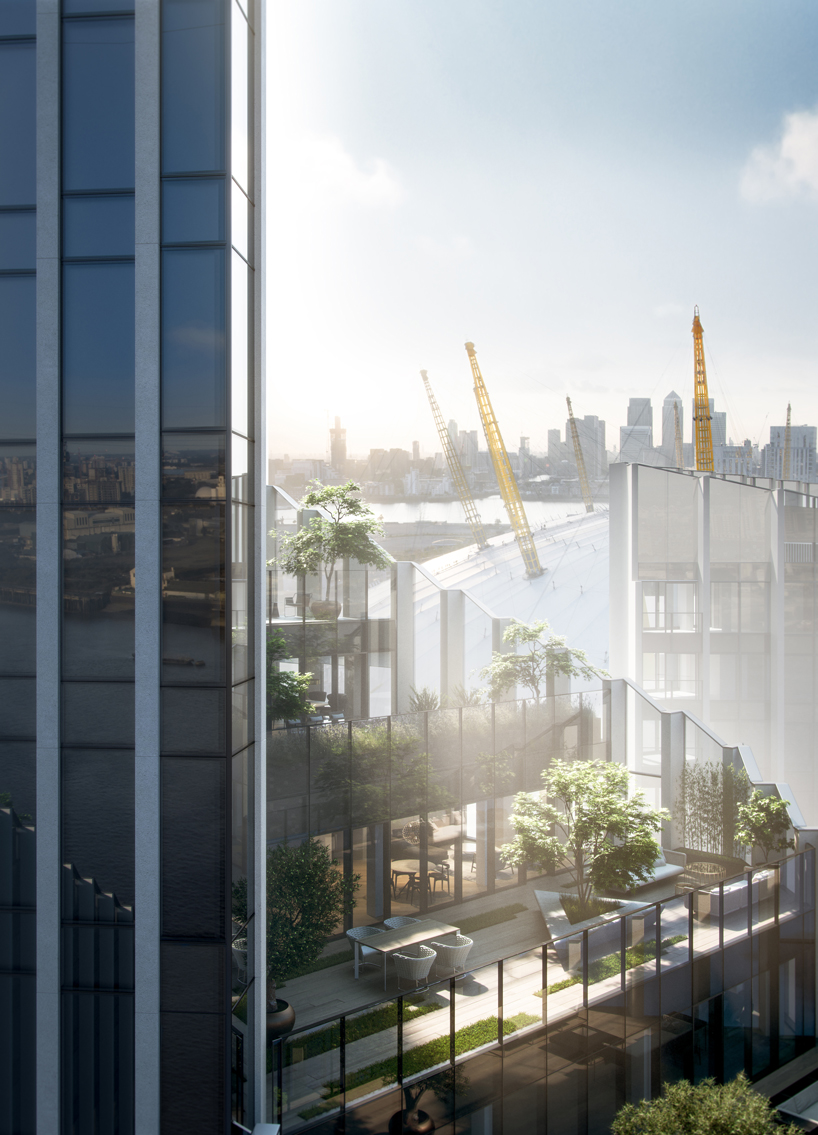 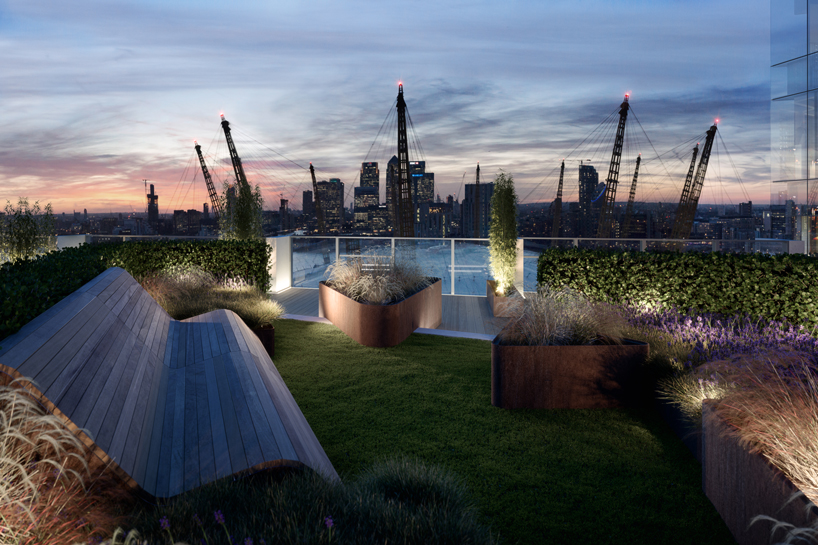 the buildings have many additional amenities including a cinema, game rooms, and library 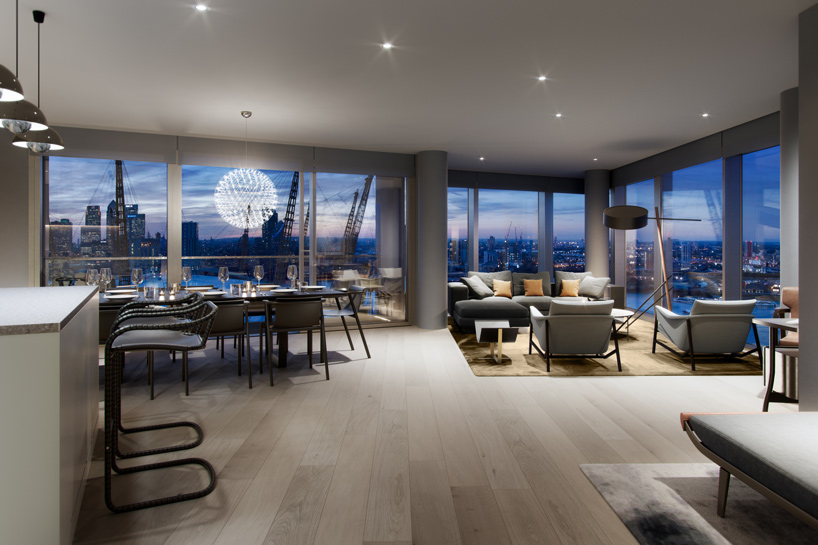 the interiors were designed by ‘state of craft’ 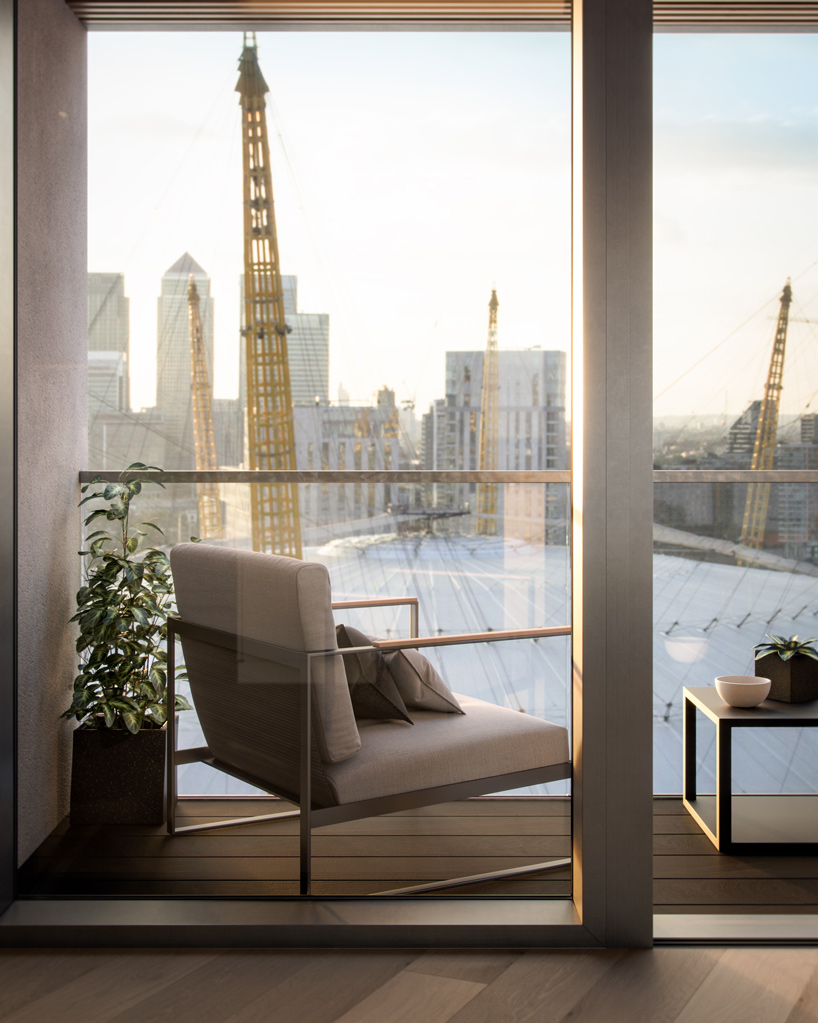 some of the apartments are ‘lofts’ with four meter high ceilings 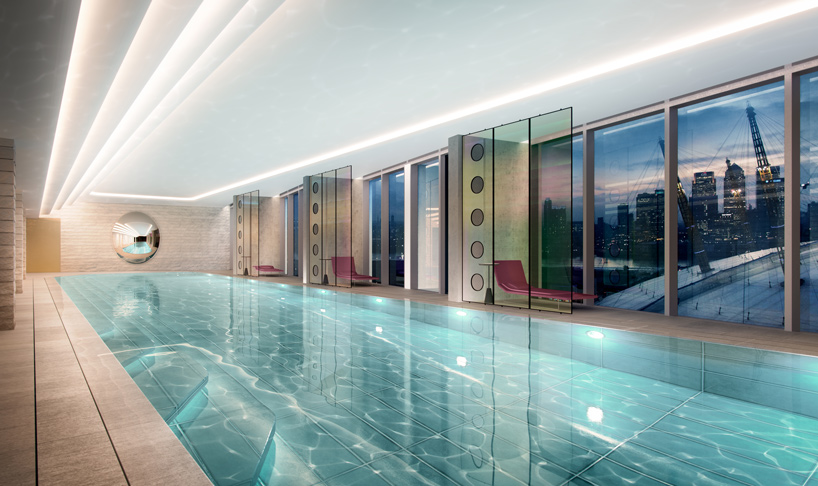 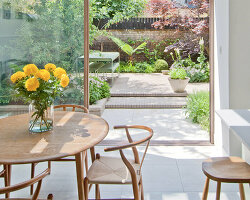 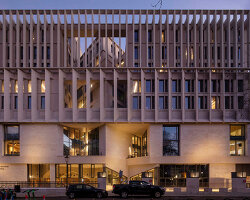 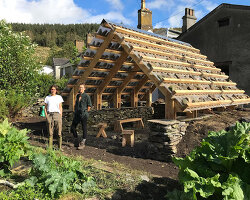 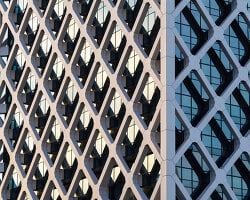