danish designer soren korsgaard has sent in images of his recent project ‘organic cube’. the intention was to create a  varied and surprisingly simple sculptural structure which shows the potential of pine laths, through a study of detail, form and light, that can involve the viewer.

the cube was built, and it’s sides opened providing access for people and allowing light to penetrate through the laths. the structure changes as one moves around, from being a strongly closed geometric cube it gradually dissolves and becomes organic.a paraboloid like shape has been created as the laths inside are rotated and displaced. the shape inside, splits the cube into 2 rooms – one which opens to the park, and another with a more private space.

the structure is physically static, yet changeable through the viewer and the sun’s position that through the day opens and closes for the light to pass. depending on the light and angle (time and place) the lines from the two modes interfere and one of the two forms dominate. 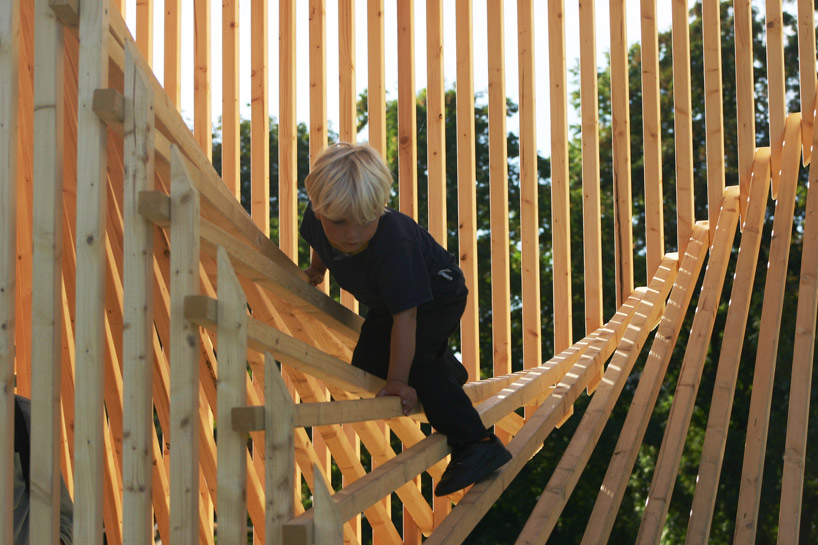 construction of the cube-shaped pavilion started as a simple stacking of 3.2 m-long laths, this provided the uniform spacing between the laths. simultaneously fitted the organic distributed laths inside the cube also serves as the cross struts which helps to stabilize the structure. when the cube was finished, holes were cut along the distributed laths. 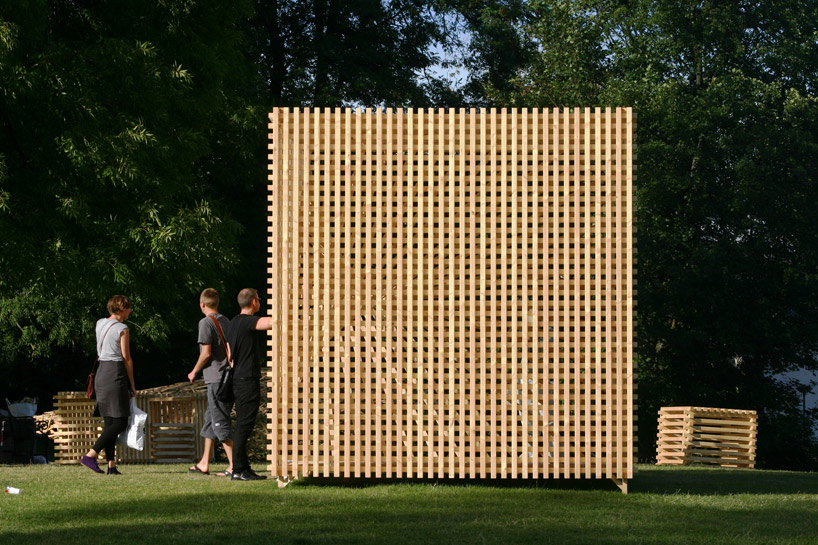 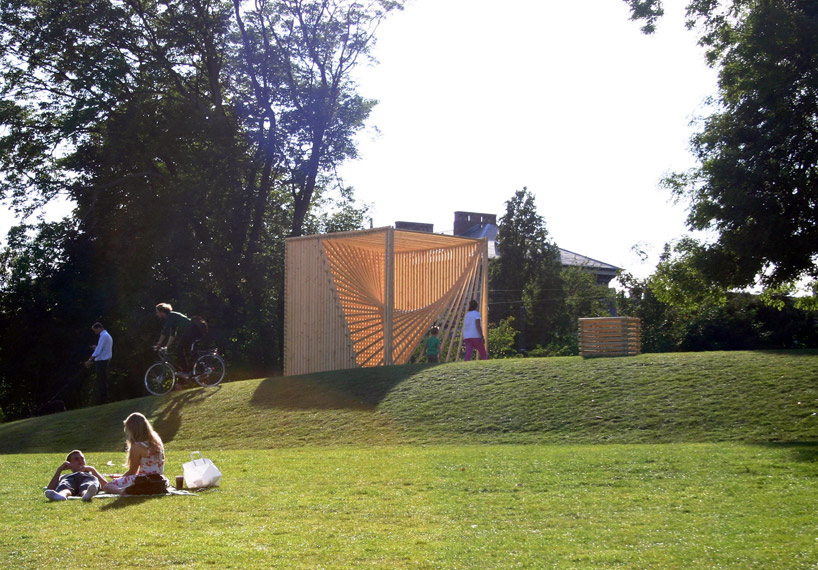 leftovers: the excess material from the cuts were used to make smaller furniture cubes to sit or play with, leaving less than 0.5% waste material.