sou fujimoto‘s souk mirage/particles of light is part of a confidential master plan project that includes the outlook tower, a modular system of arches, which designboom has recently covered here. the proposal for the commercial building complex considers two options that reveal the versatility of the project. both include different sizes of arch modules, which are stacked one on top of another. the structural system organizes the entire site, contributing to its unmatched yet timeless architectural expression and aesthetic coherence. the superposition of small spaces creates a perception of continuum and a multidimensional sense that a number of infinite different worlds are adjacent and interrelated. 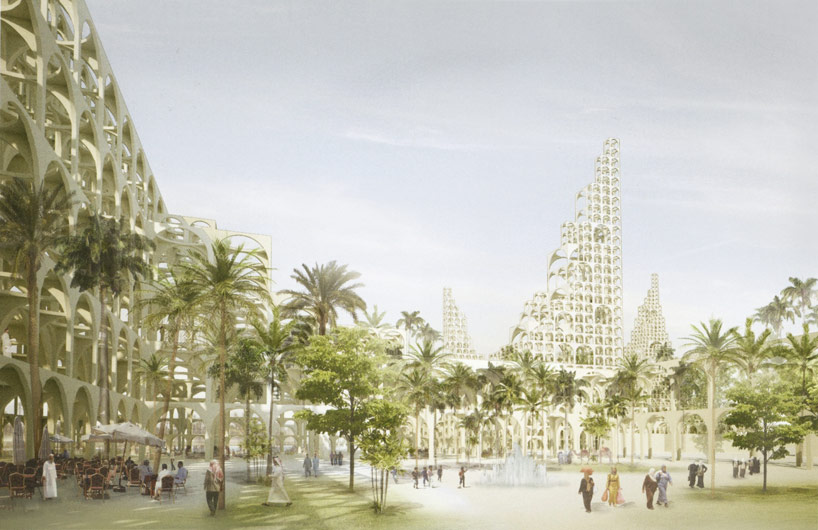 both program options feature the same modular system of arches used in a low rise development with two high rise gateways at each end of the site. the density of shops gradually decreases toward the center, creating a comfortable shaped green area. they are constructed of vertically arranged modules (2.5, 5 and 10 meters), that may be described as square, bubble-like layers of scales merged together. 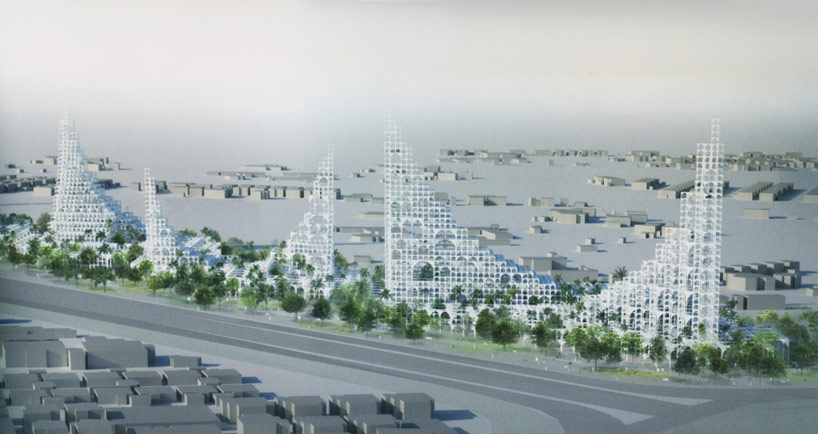 the program for option A reveals the plan as a clustered and concentrated figure-ground. retail spaces are accumulated along the lower levels, while cultural amenities like a library and exhibition center hover in the middle of the elevation. eight soaring towers punctuate the design as the scaled, stacked blocks create steep vertical contrast. 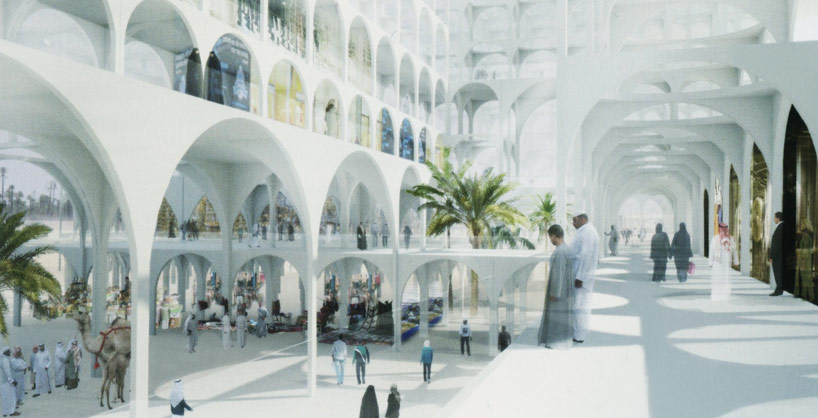 option B centers around a dispersed figure-ground, with low elevation throughout and two, towering observation decks at each side. expanses of green spaces are compact and intermingled with the program blocks, most prominently a high concentration of shops surrounding the courtyards. 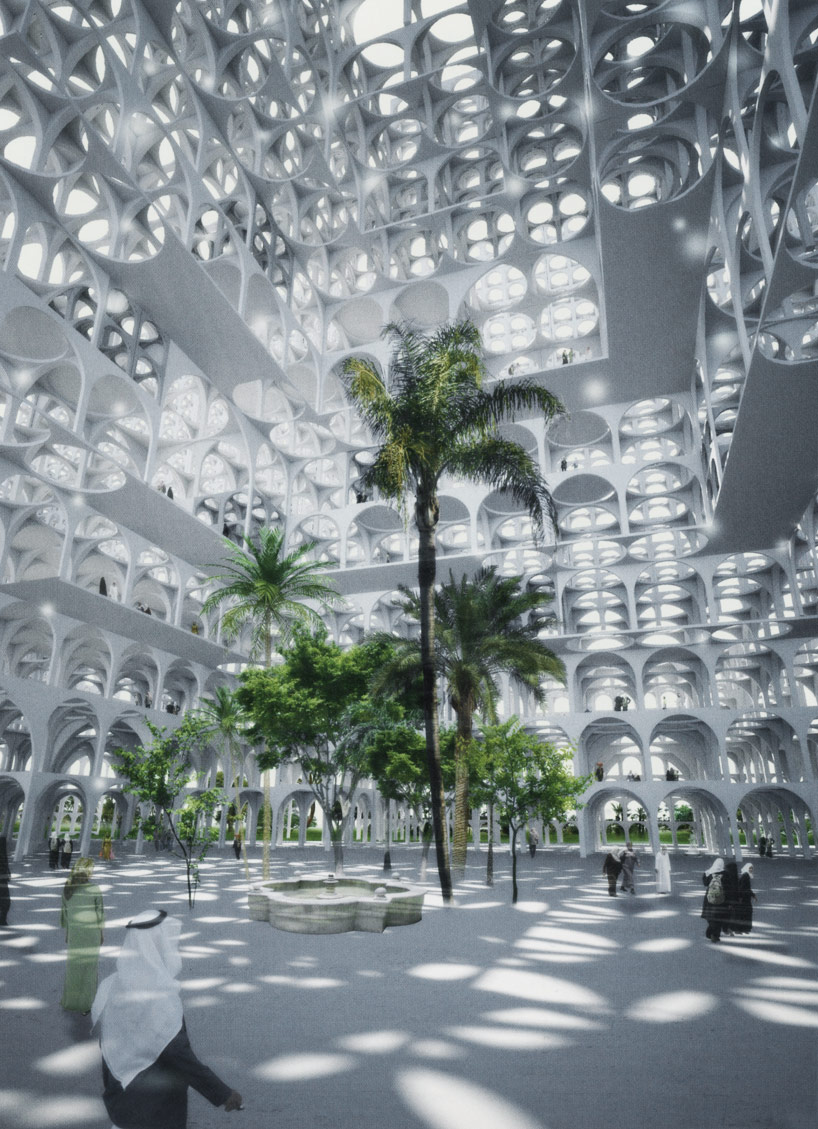 the diverse quantity of proportion and dimension creates overlapping layers of differently scaled squares. the overlay reveals a bubble-like expanse of fused geometrical elements. ‘a ‘forest-like’ place that I often refer to is a perfect example of a place with such multilayered scale that offers multilayered experiences one after another. very small things that can be held in the palm of our hand and small spaces that surround them overlap with things with different scales such as leaves and branches and trees, and the spaces that surround them further overlap’. sou fujumoto explains, ‘from the clusters of trees and the distribution of fluctuations of their densities to the endless expanse of the forest, a variety of scales emerge one after another and form relationships, and sway. a place where scales and resolutions of what is visible change according to time, season, and those who see them. I’ve come to realize that what I meant by ‘forest-like’ was in fact my interest in such aspects.’ 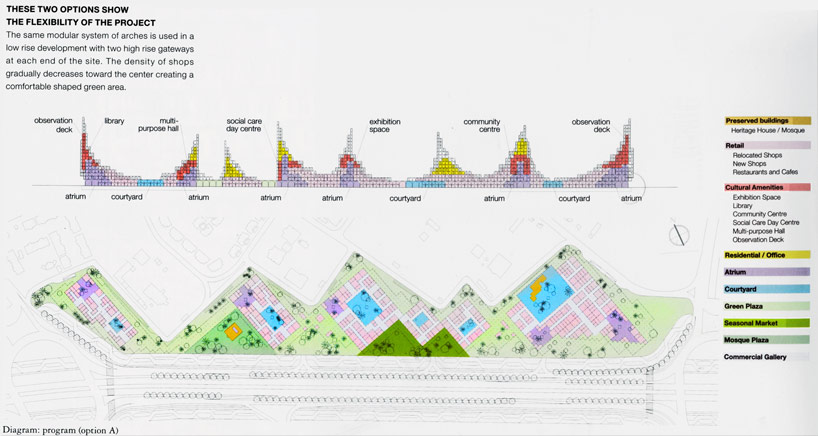 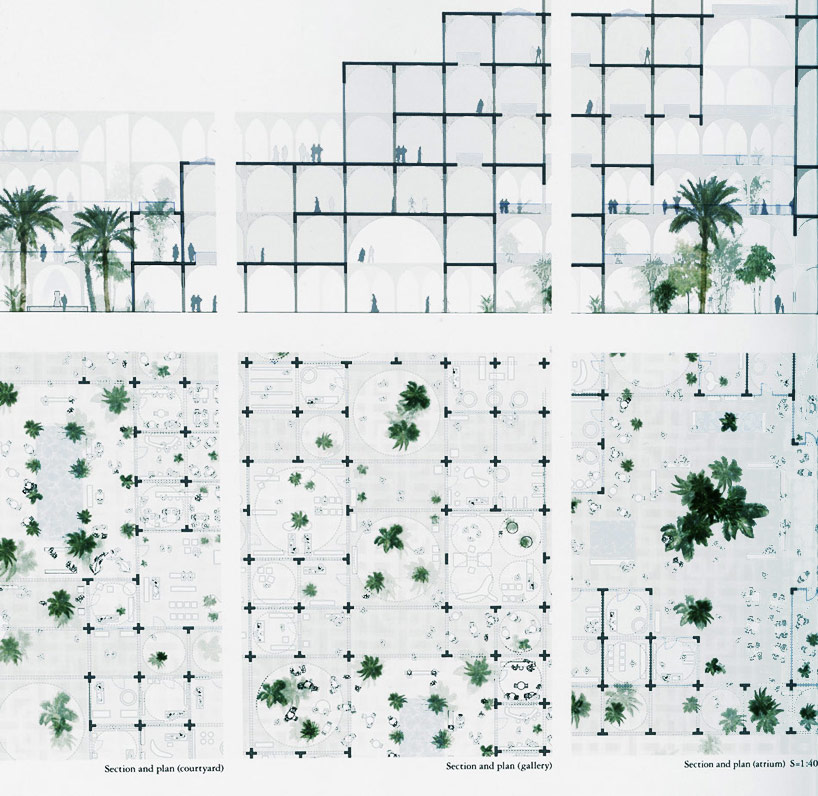 section and plan for various courtyards

SOU FUJIMOTO RECENT WORKS BETWEEN NATURE AND ARCHITECTURE is now being held at GA gallery in tokyo, on show until november 10, 2013. all images and text excerpts from the GA book ‘sou fujimoto: recent project’ 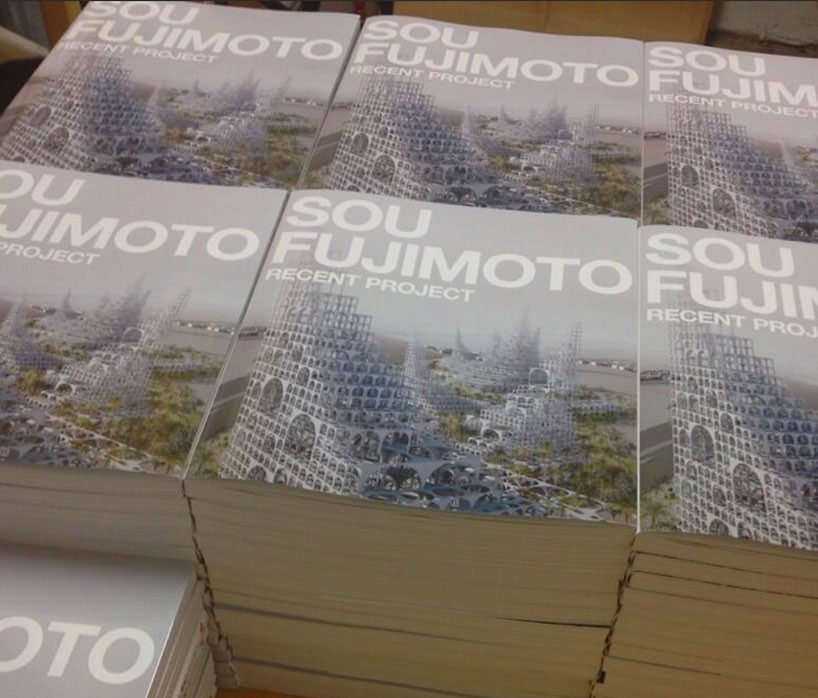