the first images of a university designed by sou fujimoto architects reveal a large, walkable roofscape that curves down to the ground. under the tentative name ‘hida takayama university’, the new educational institution is planned for hida, a small japanese town with a mountainous landscape.

unlike most universities, which are built in highly populated cities or towns, hida takayama university aims to revitalize a rural location and community. in addition to the hida campus, there are also plans to set up 11 ‘learning bases’ across the country. ‘we want to be the first in the world to create a sustainable future for the region. we want to create a society that respects diversity and leaves no one behind. we want to nurture people who can create and revitalize the region,’  says the university. 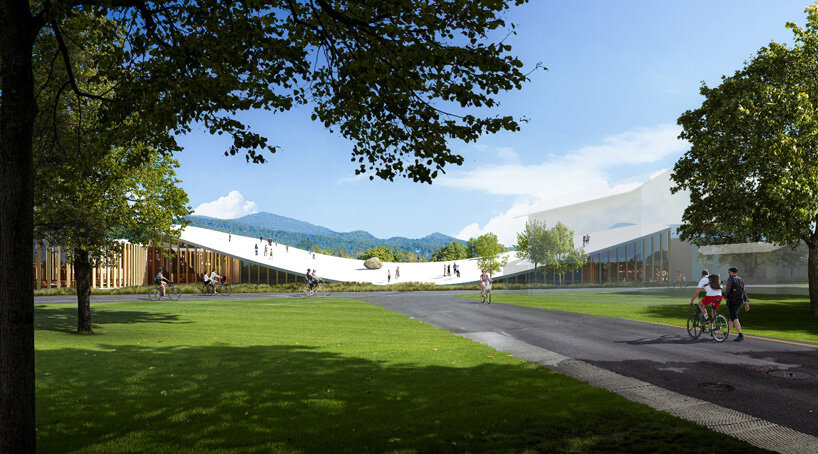 A PLACE OPEN TO ‘BEYOND’

fujimoto’s design for hida takayama university takes cues from the natural landscape and is shaped around the concept, a place open to ‘beyond’. from the initial images, the building comprises two organic-shaped volumes separated by a green courtyard. the elevations of the university campus are clad in tall timber columns and glass, creating a light architectural touch.

sou fujimoto says about the design, ‘surrounded by beautiful mountains, the entire city of hida is one of the great learning plazas where people gather and talk. at the same time, these mountains open up consciousness to ‘beyond’. because it is wrapped, the gathering and the thoughts open to the future. while rooted in the region, it will connect to the world at the same time. the vision itself of hida takayama university has already appeared in this city and terrain of hida. even in the campus plan, we have placed an open hill in the center so that you can experience such ‘wrapping’ and ‘opening beyond’.

‘I would like to create a campus where students, faculty members, and local people can freely interact and connect with the world beyond.’ 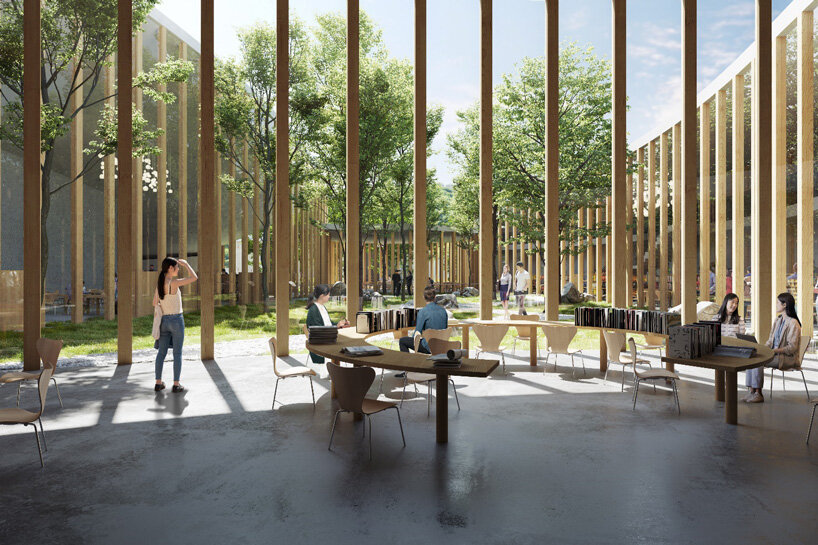 the campus features a large courtyard populated by trees

in its plans to revitalize the region, hida takayama university proposes courses for both graduating students and working adults. hiroaki miyata, who will be appointed as a candidate for president of the university, comments, ‘at hida takayama university, we are thinking of providing not only students who have graduated from high school but also places for working adults to learn. the university will provide a place where people from various positions can connect in various regions and initiatives, learn from each other, and practice to open up a new society.’

he continues, ‘in addition to hida, we plan to set up regional bases for learning throughout the country. not only will we gain a global perspective, but we will also provide a place for learning through practical efforts to co-create the future of each region. we would like to be such an educational base that produces leaders who create diverse values ​​such as new communities, businesses, arts and services.’

‘a society that contributes to each other by compensating for insufficient power and perspectives because each person is different. a new society in which each person pursues diverse affluence, but different individuals are connected to each other, and each person’s way of life shines brighter. I would like to work with you on initiatives that will lead to such a future.’

hida takayama university is slated to open in april 2024. 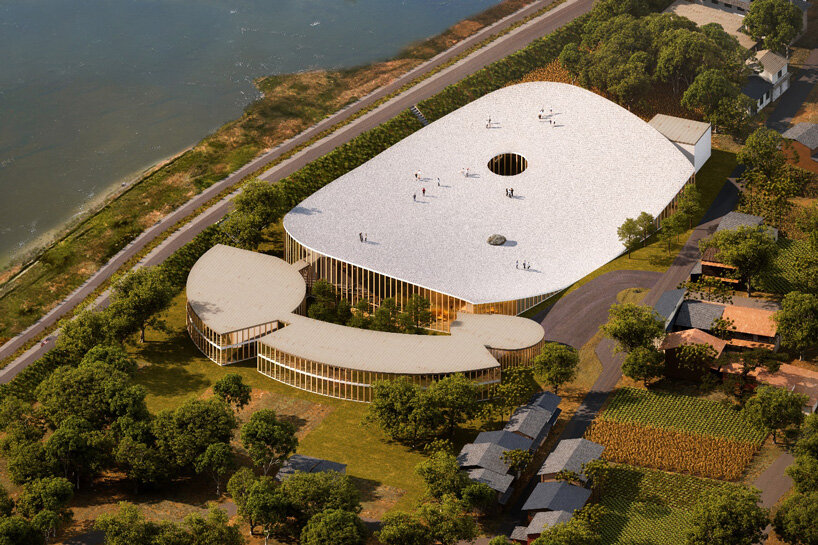 the walkable roofscape curves down to the ground 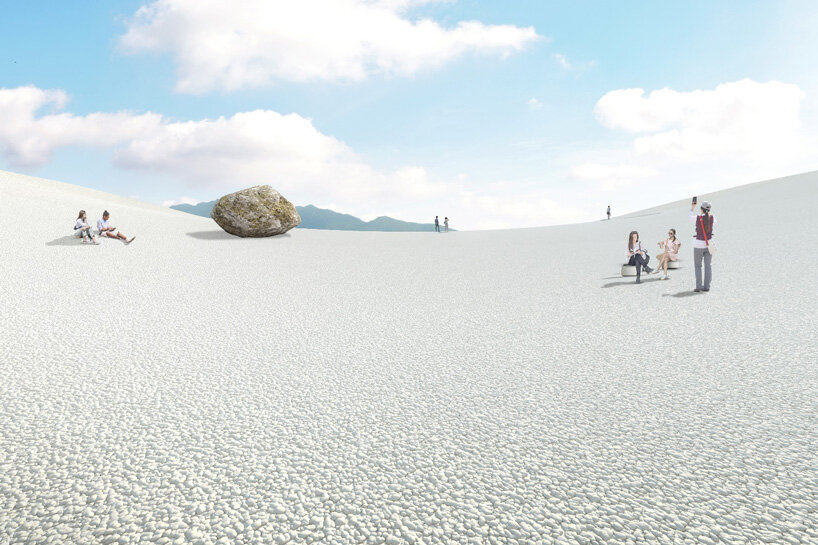 the university is set to open in april 2024