milad eshtiyaghi sculpts the 'landscape house' as a pair of sinuous, floating volumes

combining both the built and natural landscape, japanese architect sou fujimoto has proposed three different concept designs for an extension to the art gallery and museum, ‘kunsthalle bielefeld’ in germany. the original building, designed by philip johnson in 1968, was intended to function only as a museum and the new wing is set to accommodate a contemporary art gallery. sou fujimoto was selected as the architect of choice, and each of the schemes presented were influenced by the building’s location and its abundant natural surroundings. the first proposal ‘stacked landscape’ is a conceptual continuation of the kunsthalle’s sculptural park, with a fluid stacking of the gallery spaces – the curving forms alternate to create both open and sheltered roof gardens. the second design, ‘porous park’ sees the new wing as an autonomous form – a single volume with punctured green windows. opening up to the urban environment of the adenauerplatz, the final submission ‘fortress’ is a tapering volume that respects the nearby rafter’s castle.

currently, the kunsthalle only presents temporary exhibitions, the extension will increase the opportunities for the art gallery, allowing it to feature first class works of art and a range of displays from the museum’s own large collection. in summer 2012, sou fujimoto held his first solo exhibition at ‘kunsthalle bielefeld’ where he based the works around the theme ‘architecture as forest’. this idea is continued in the proposals presented to the art gallery, which will create a lasting landmark for the city of bielefeld. 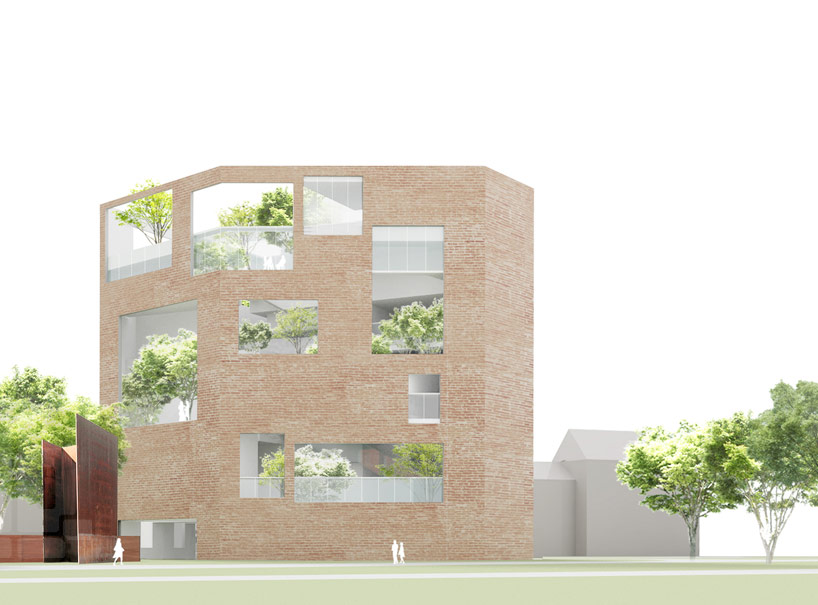 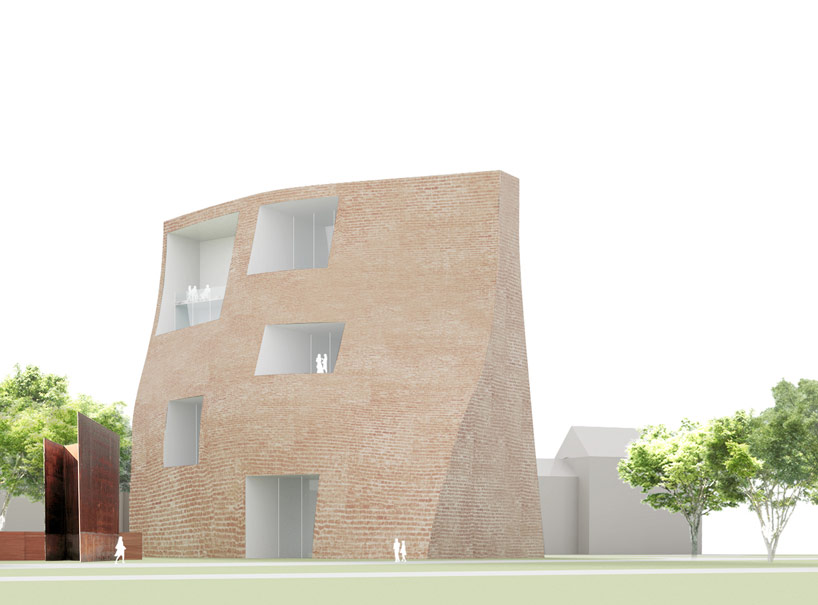 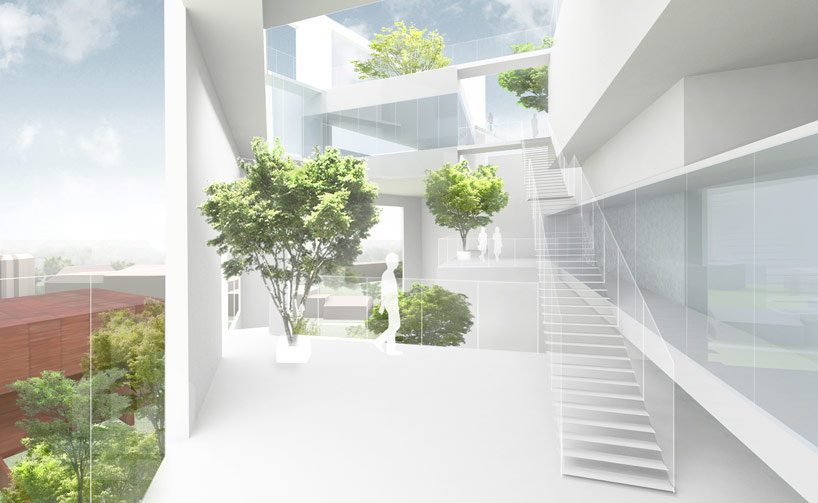 Apr 12, 2021
sou fujimoto: step inside the studio of the japanese architect

Feb 16, 2021
sou fujimoto among architects chosen to build 'pavilions by the seaside' in haikou

May 12, 2021
U.S. pavilion explores the history of 'american framing' at the venice architecture biennale
'we want to work with a particularly american theme and open up new possibilities for design,' say the exhibition's curators.
architecture
488 shares
connections: +1410 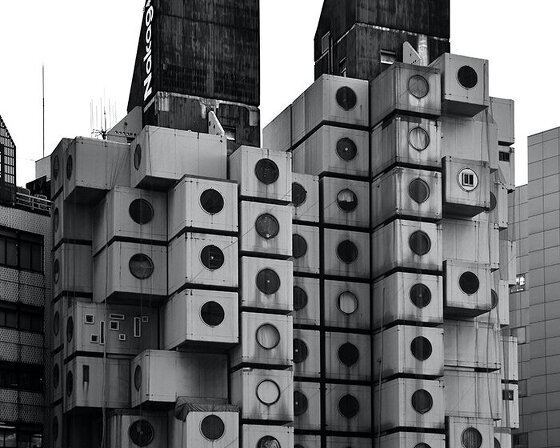 May 12, 2021
kisho kurokawa's iconic nakagin capsule tower in tokyo faces demolition
although no official announcement has been made, the future of the emblematic metabolism tower seems uncertain.
architecture
+1.9K shares
connections: +1200

May 11, 2021
EFFEKT to present 'naturbyen' nature village at the venice architecture biennale 2021
'we need to rethink the way we live together on this planet – not only as humans, but across all species and ecosystems,' the architects tell designboom.
architecture
+1.8K shares
connections: +2040 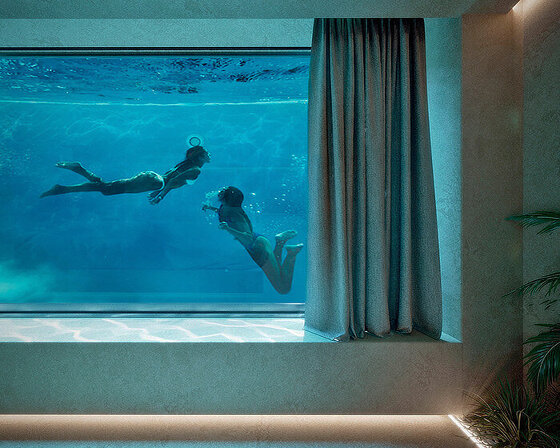