sP+a, the architecture firm led by sameep padora, has completed a residential property in the indian state of goa. as its name suggests, ‘house of multiple courts’ comprises a series of courtyards that promote outdoor living as well as natural ventilation and illumination. laterite stone blocks have been used to form three sides of the dwelling, with the fourth façade including a wooden colonnade and glazing that presents views of an adjacent river. 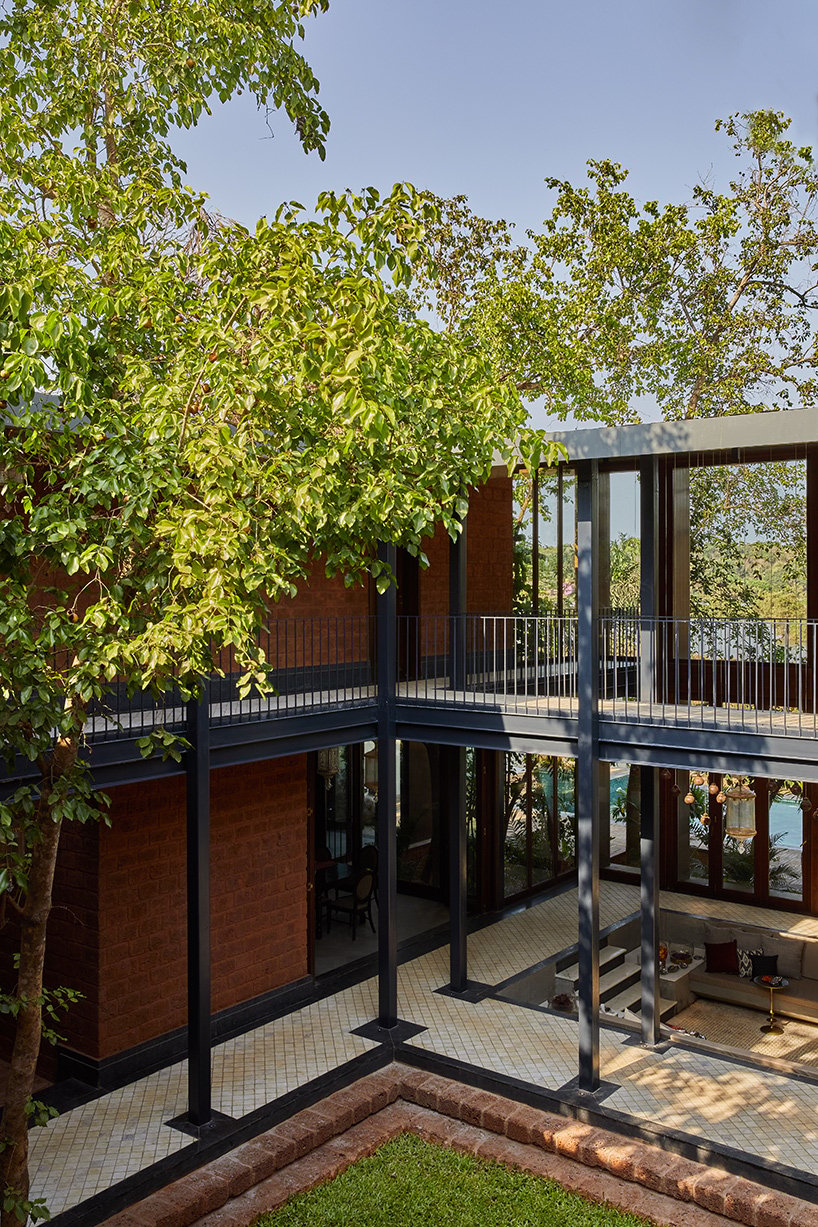 all images courtesy of ahilia homes

sP+a used the versatile red stone blocks to create opaque walls, porous screens, and structural corbels. the house’s interior programs pivot around the series of courtyards. the first is an entrance designed around a restored well that was found on the site. the sequence of the spaces responds to the home’s shared and private programming. 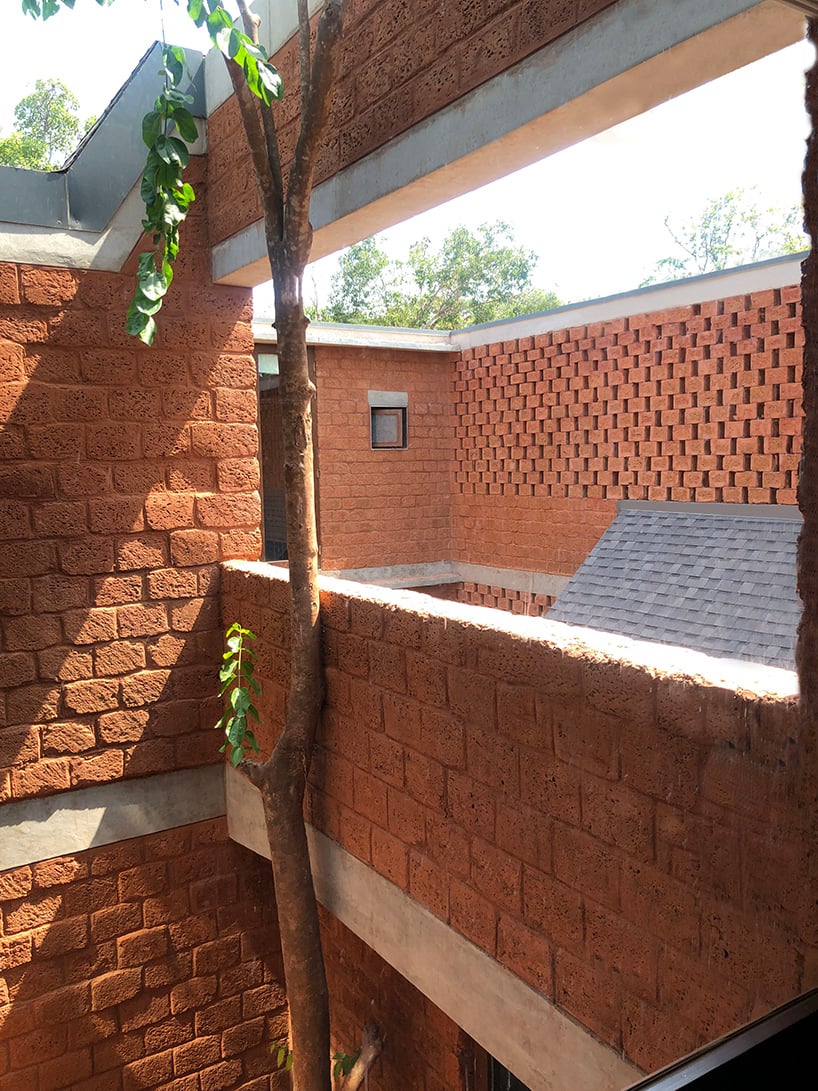 a centrally positioned courtyard, which remains open to the elements, unites the residence. adjoining this space is the living room and dining area, which in turn lead to a swimming pool. the bedrooms open into smaller, more intimate courtyards with their roofs designed to bring rainwater into the landscaped voids.  ‘the architecture of the house at nachinola is hence a device for framing the horizontal scale of the riverine landscape beyond and conversely captures a scaled version of the landscape within the house,’ says the design team. 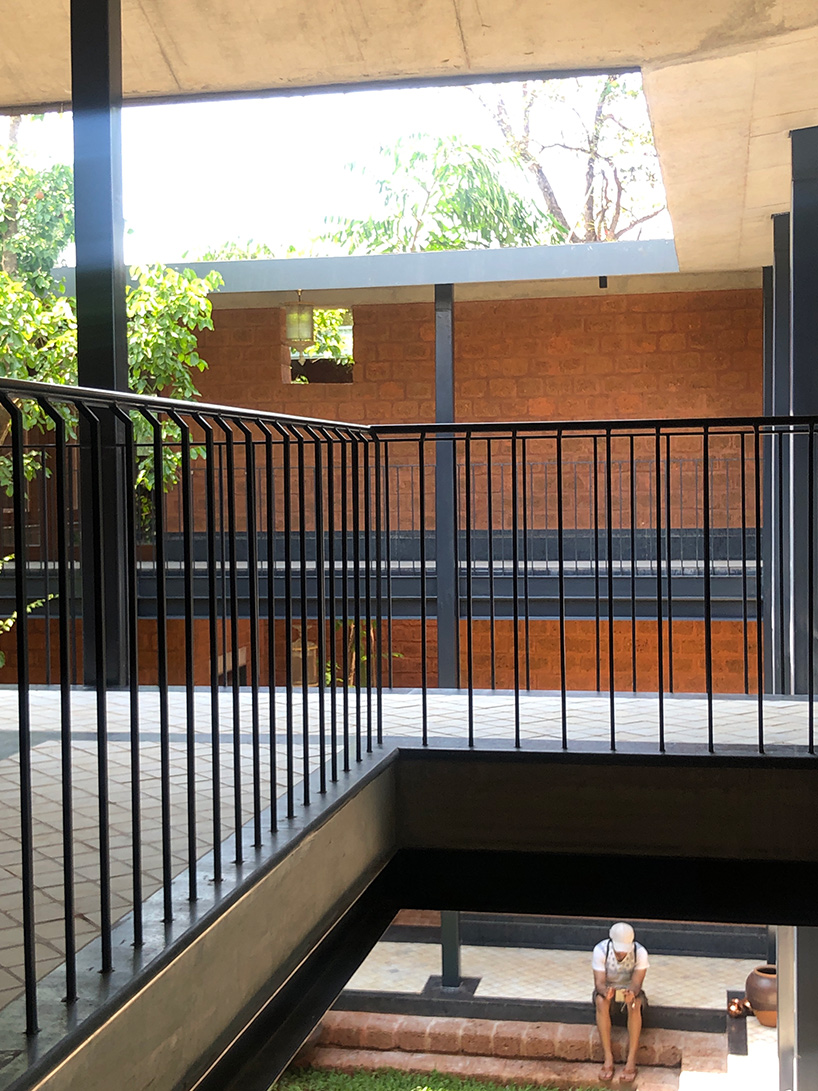 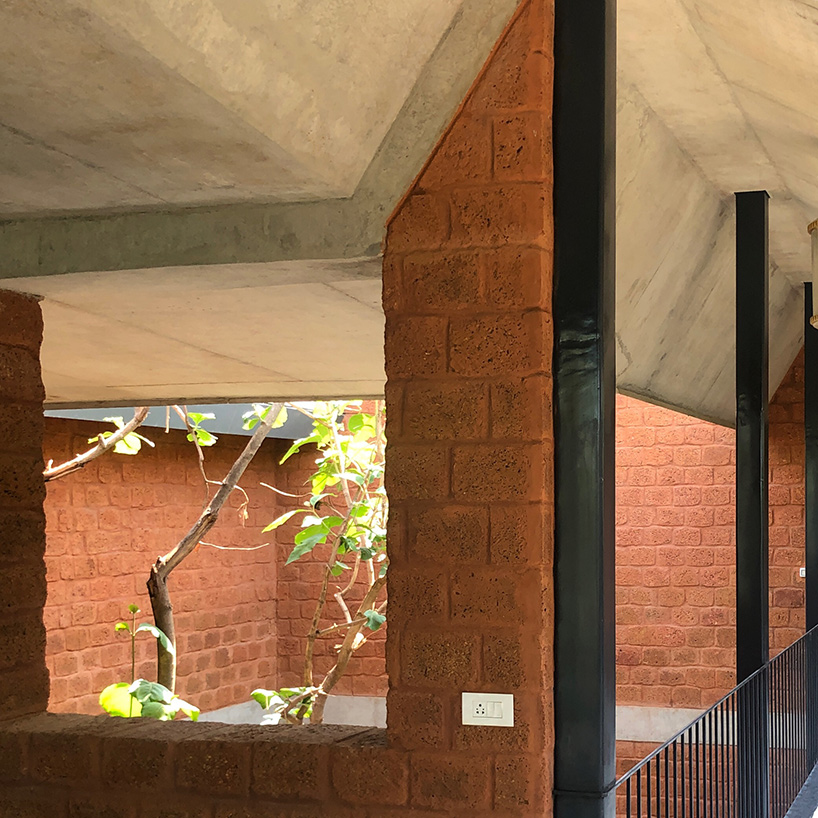 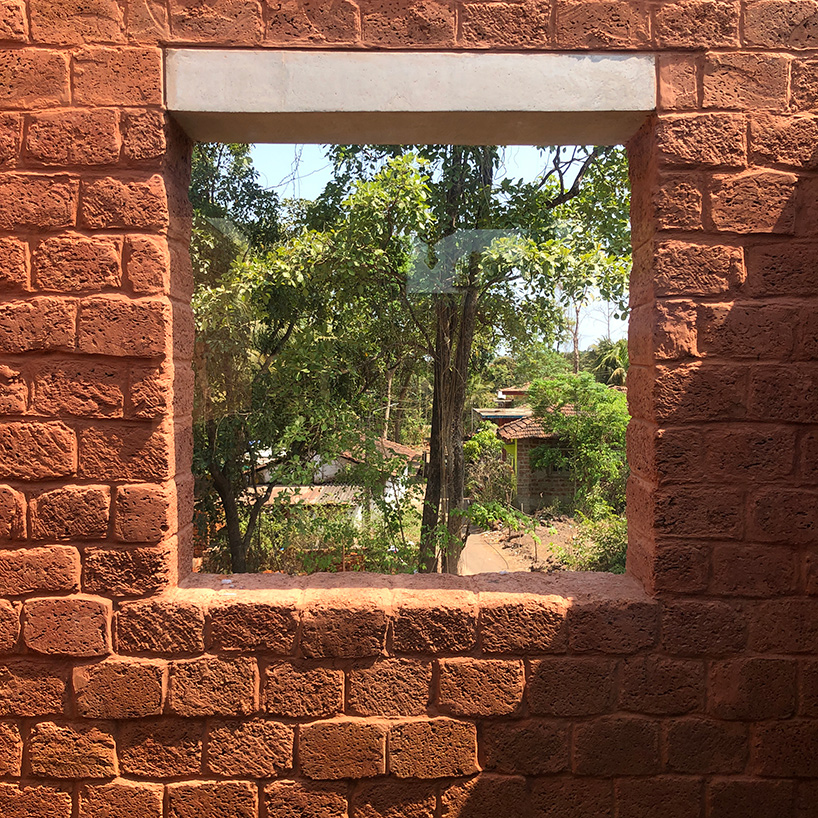 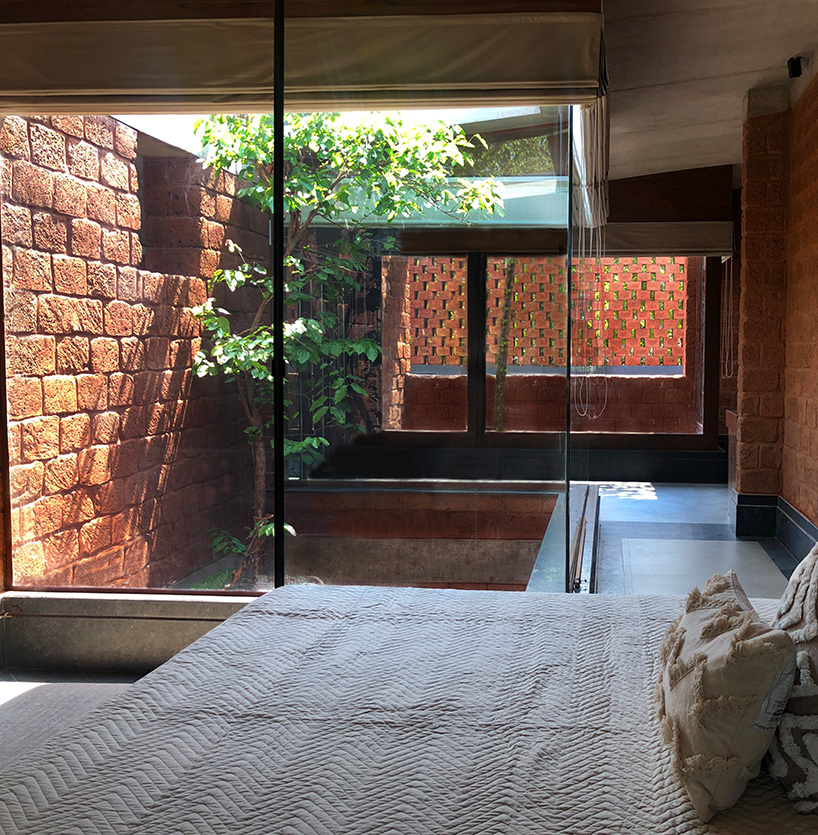 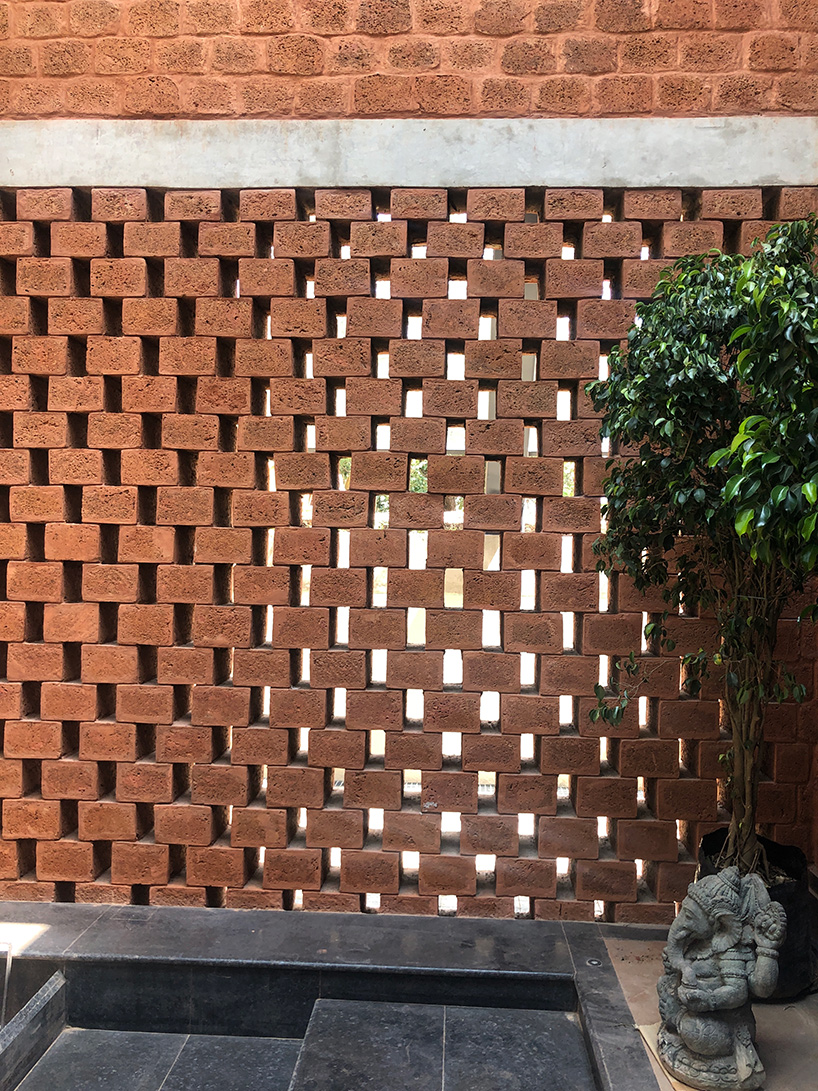 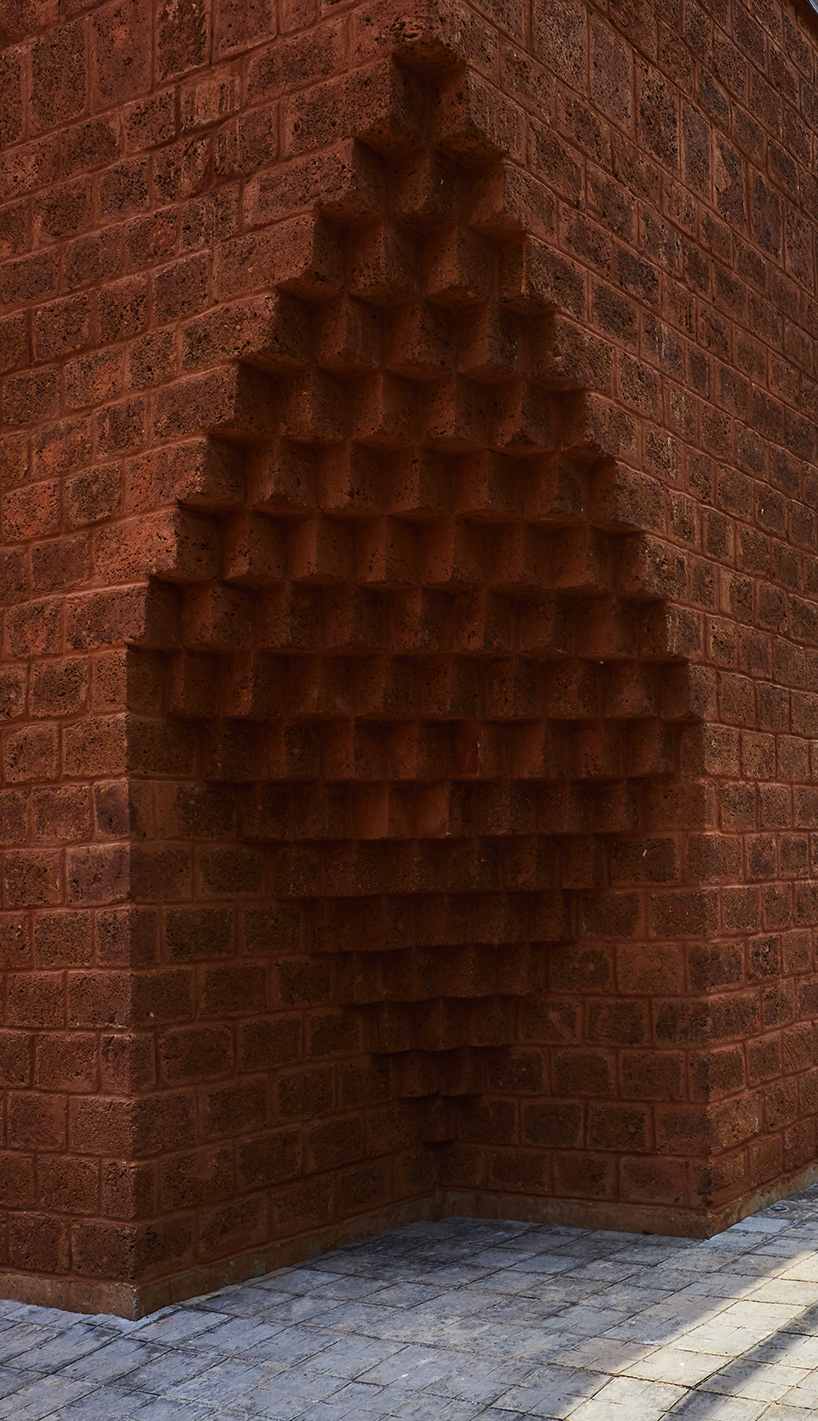 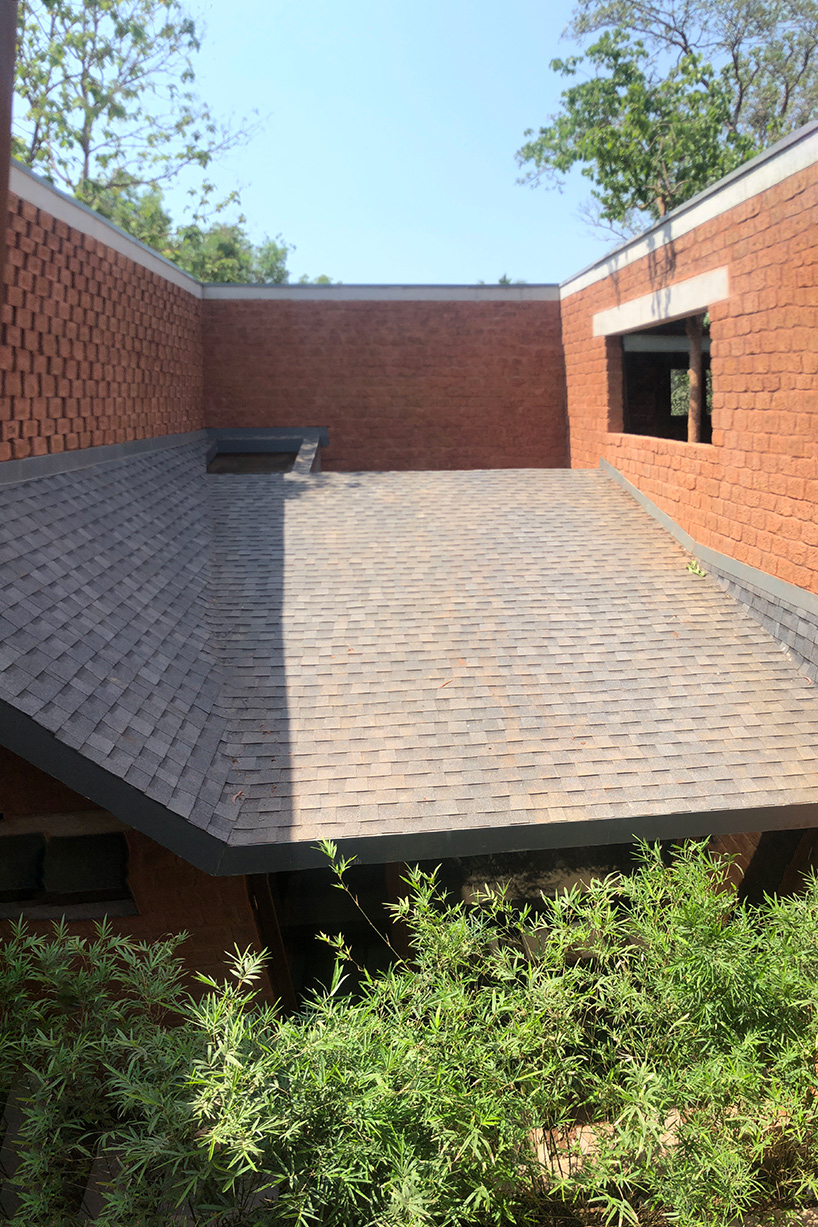 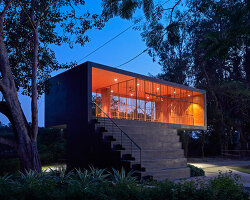 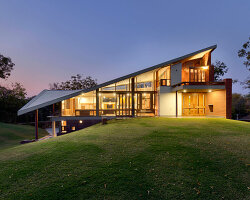 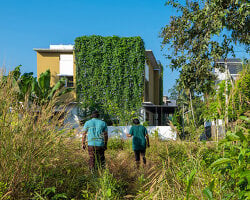 Feb 14, 2021
'house that rains light' by LIJO.RENY.architects is overflowing with greenery in kerala, india 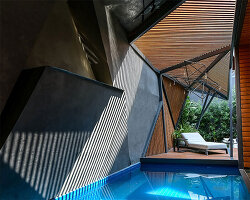 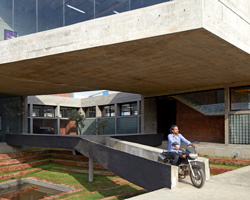 Sep 23, 2018
this factory in india has a sunken void that allows monsoon waters to safely flood the site 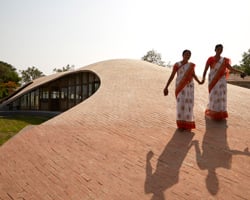 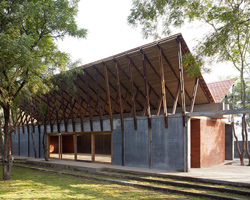