located in santa barbara, spain, the brick vault house by london-based studio space popular has been built with sustainability and modularity in mind. the house, which is embedded on a sloping site north of valencia, features a vivid green steel grid that has white cubes filling its voids and creating the living spaces. for this project, space popular collaborated with local architects estudio alberto burgos and javier cortina maruenda. 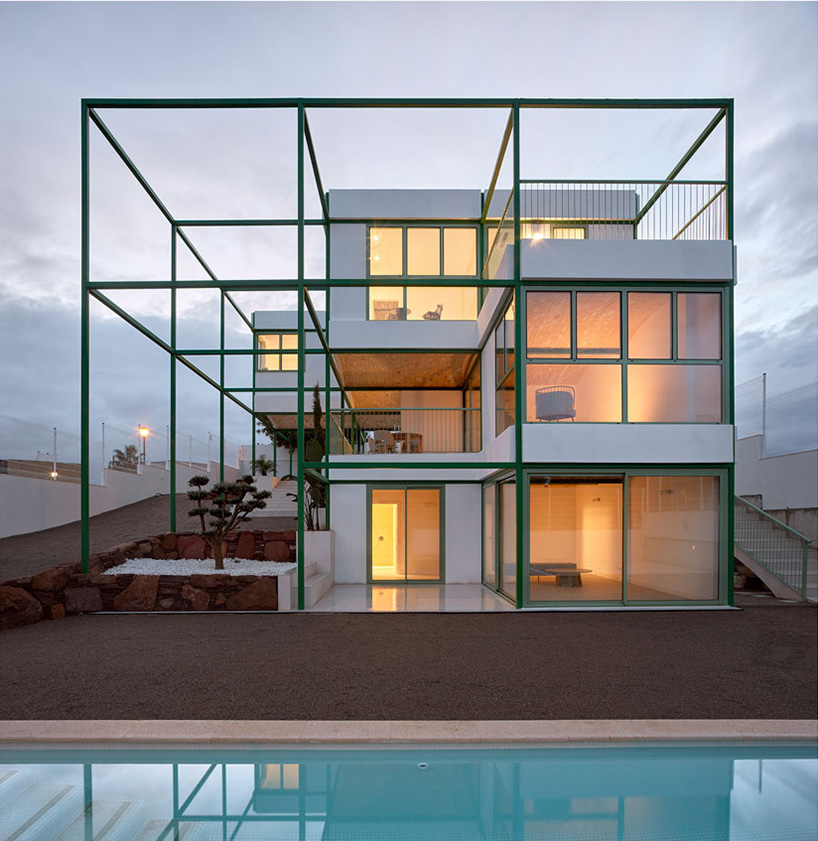 all images by mariela apollonio, courtesy of space popular

contrasting with the other constructions found around, the brick vault house by space popular has been erected out of steel and brick, highlighting each material and its construction. the green steel grid, which serves as a structural frame, is also the key aesthetic point of the design. roughly 4-inches thick, the grid is made up of 12-feet wide white cubes that surprise with their guastavino vaults, or tile arch system. 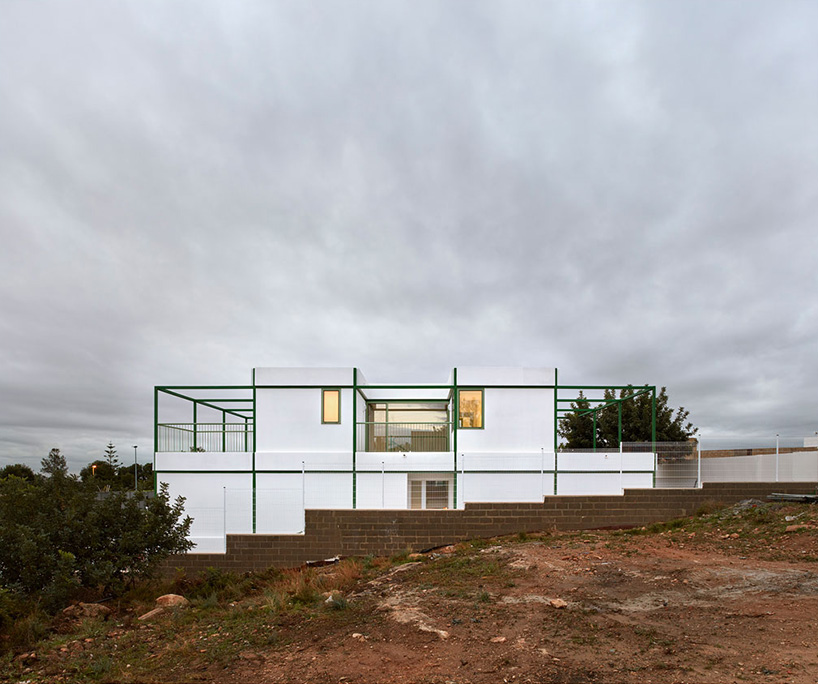 divided into three floors, the 235sqm property blends interior and exterior thanks to its openness and interior courtyard. on the first floor, an L-shape plan hosts a bedroom and the common living space that opens to the pool area. the second floor features the kitchen and a lounge while the third and top floor hosts three bedrooms and two bathrooms. because of the grid, the house allows for customization, depending on the user’s needs. 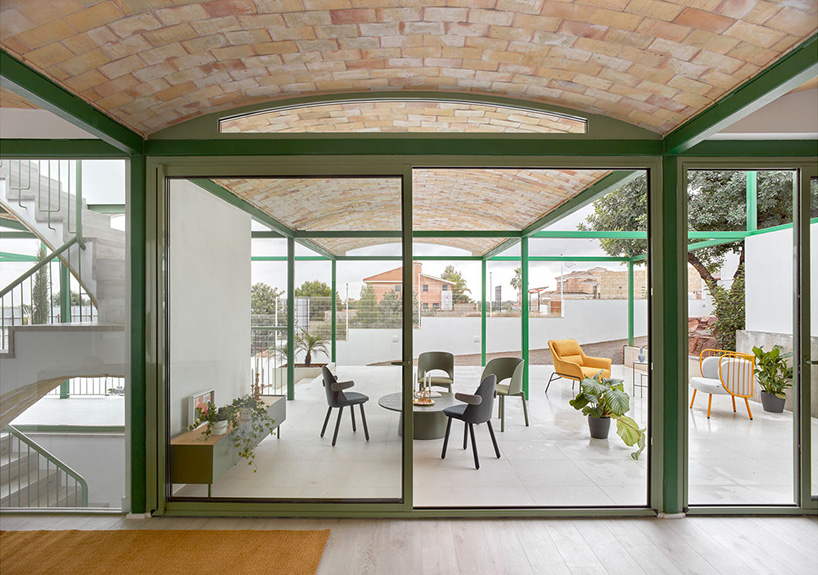 the house’s carbon footprint was very low as no concrete was used. its simple framework allowed for a construction that needed no cranes or cement trucks. for the vaulted brick ceilings, space popular hired local contractors and experts in the art of guastavino vaults. 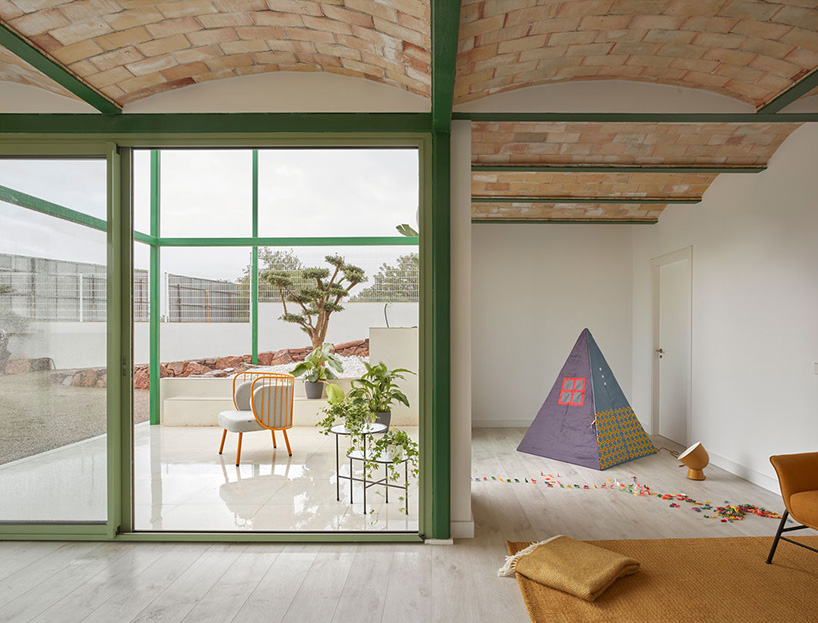 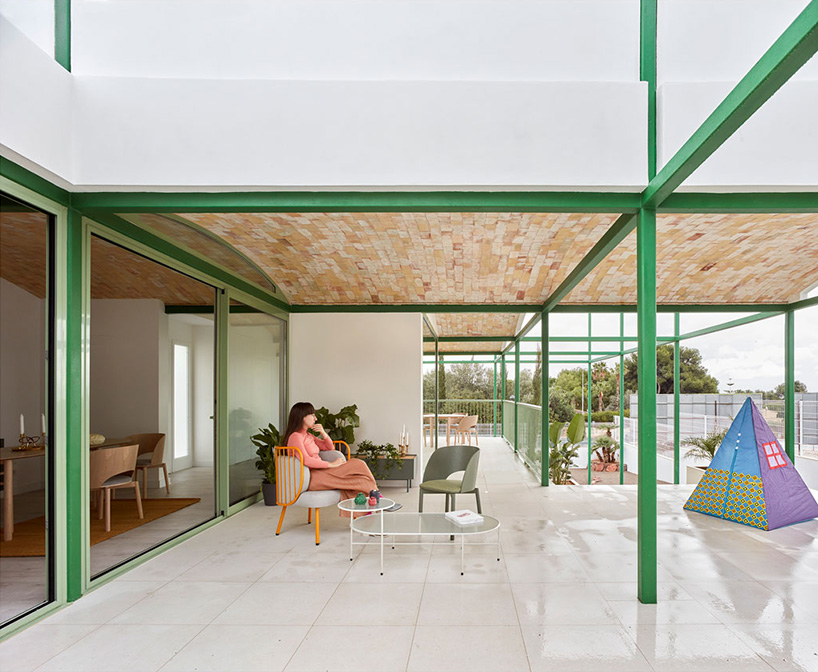 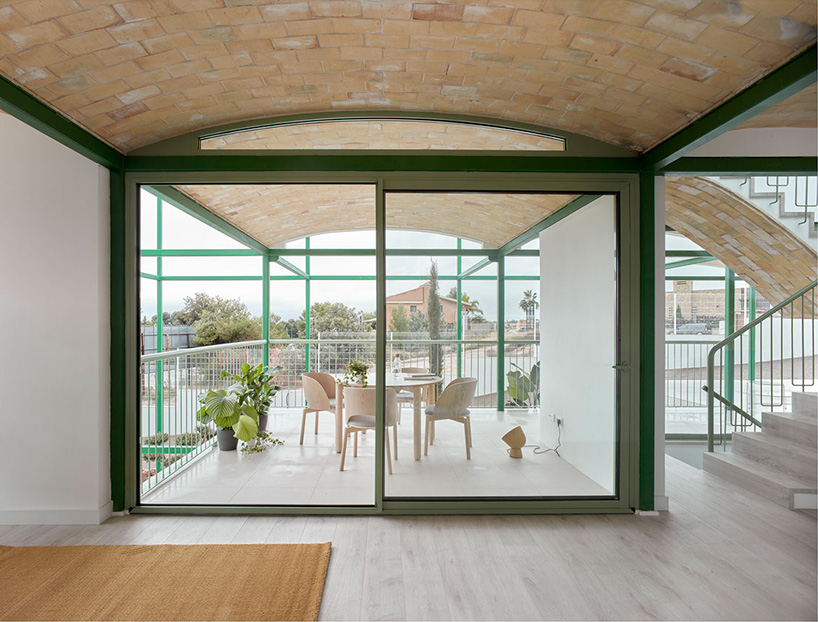 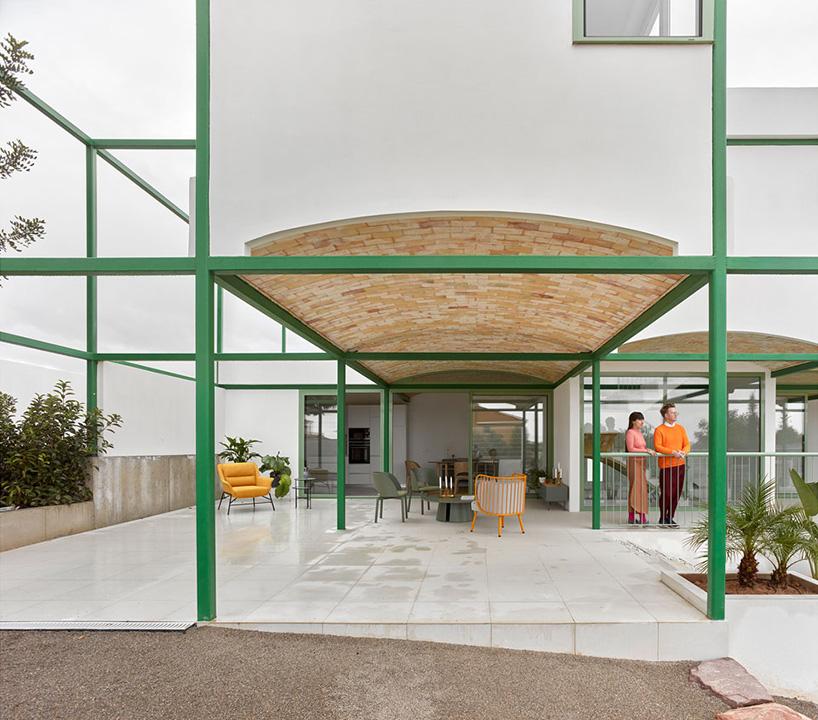 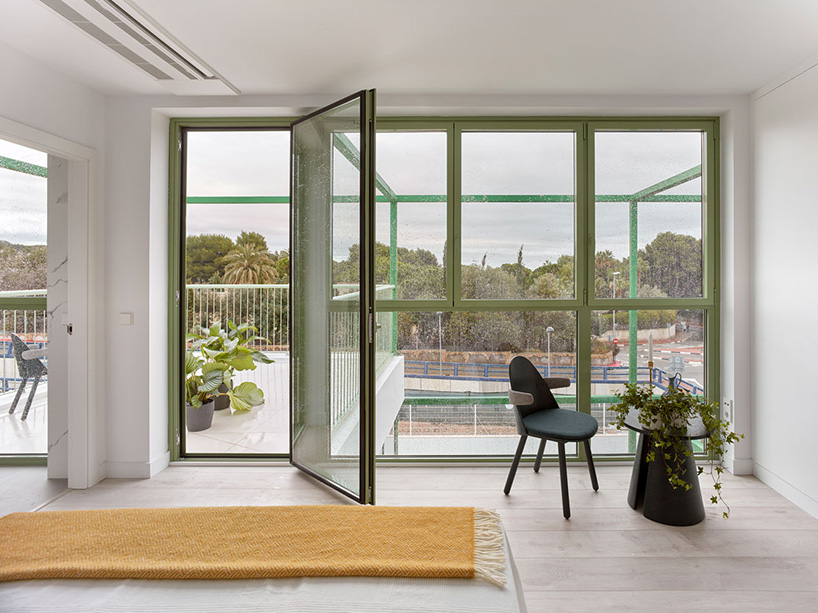 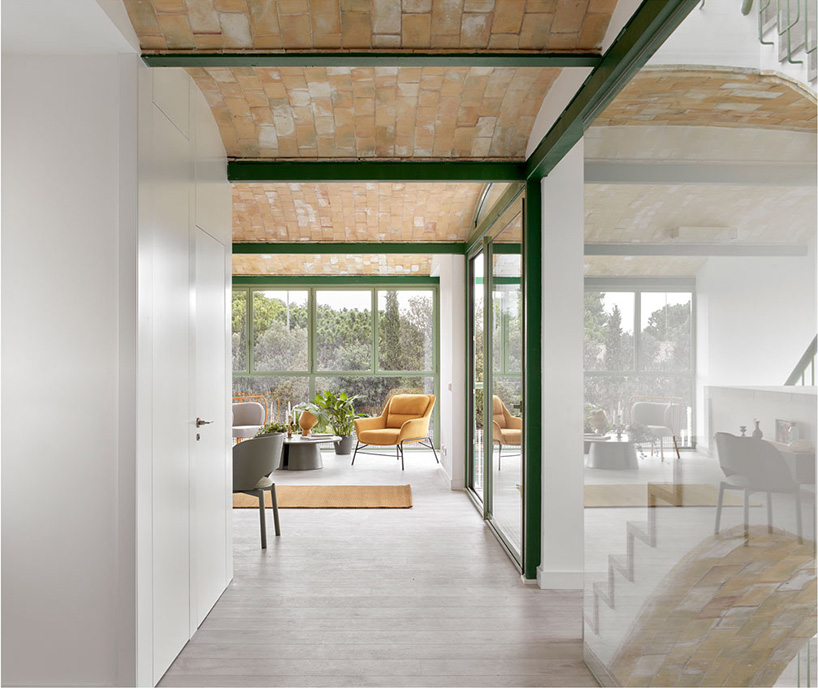 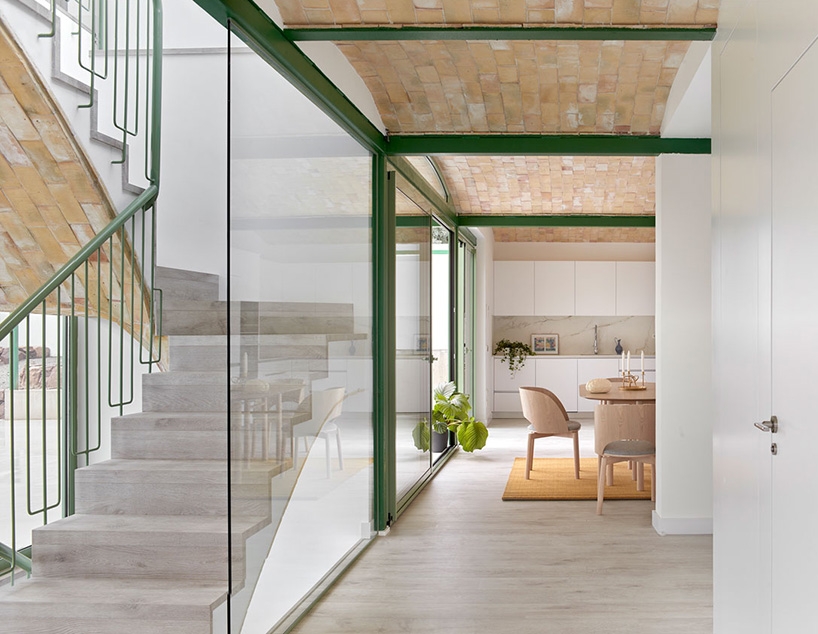 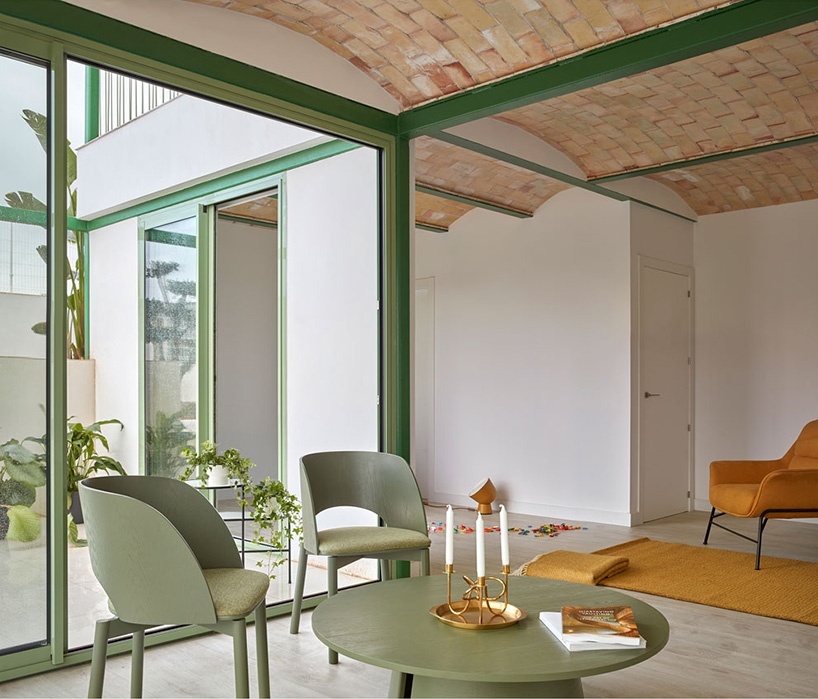 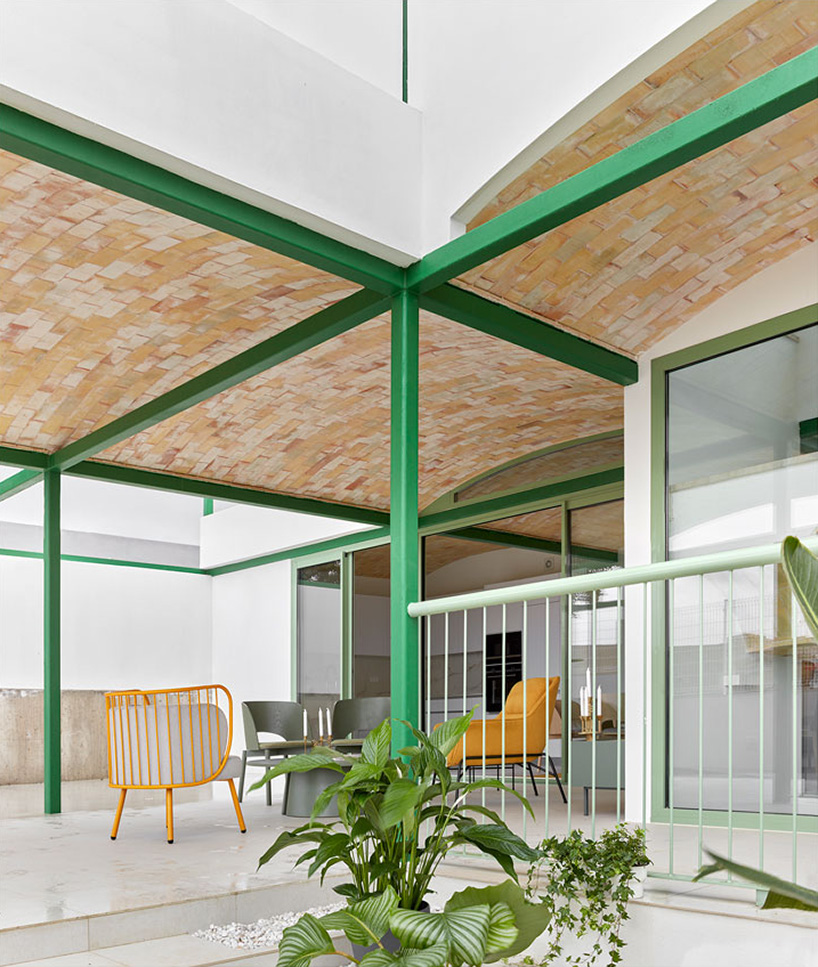 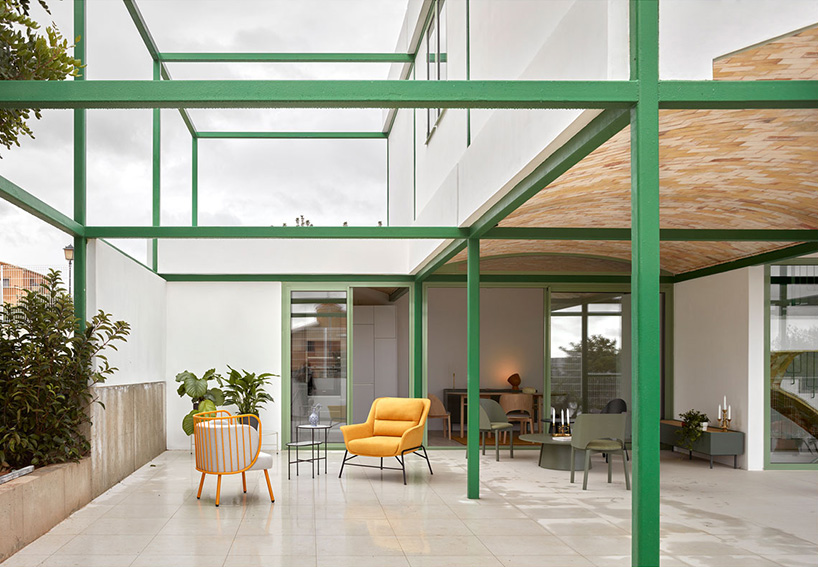 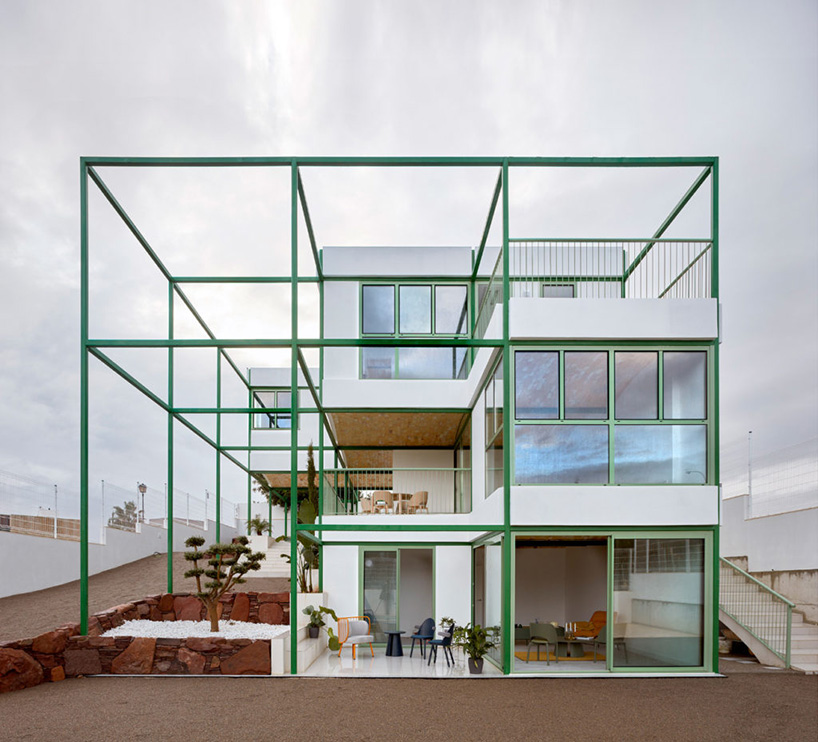