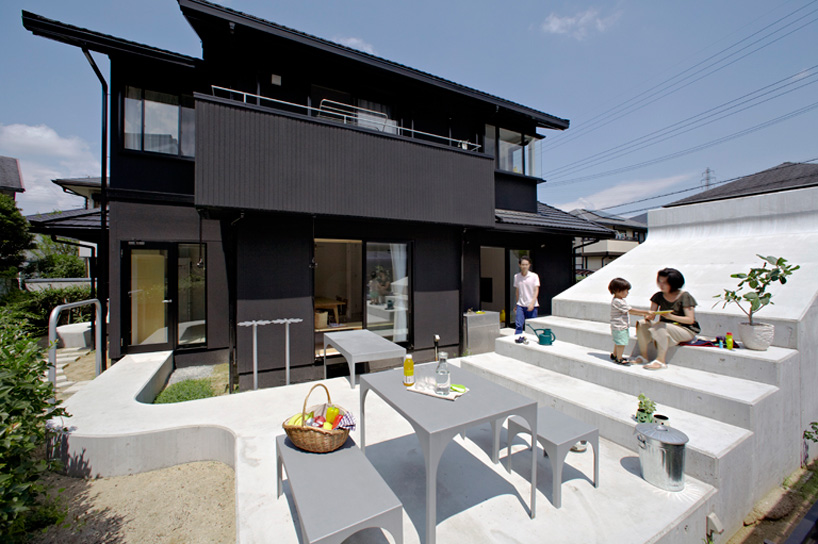 ‘reform of a garden’ is the renovation of a dwelling situated in a suburban residential area of koma-city, nara that was realized to satisfy the orthodox practices of city planning. the entire town was developed over a short period of time–the houses built with light gauge steel components to reduce construction costs–resulting in a homogeneous looking neighborhood. 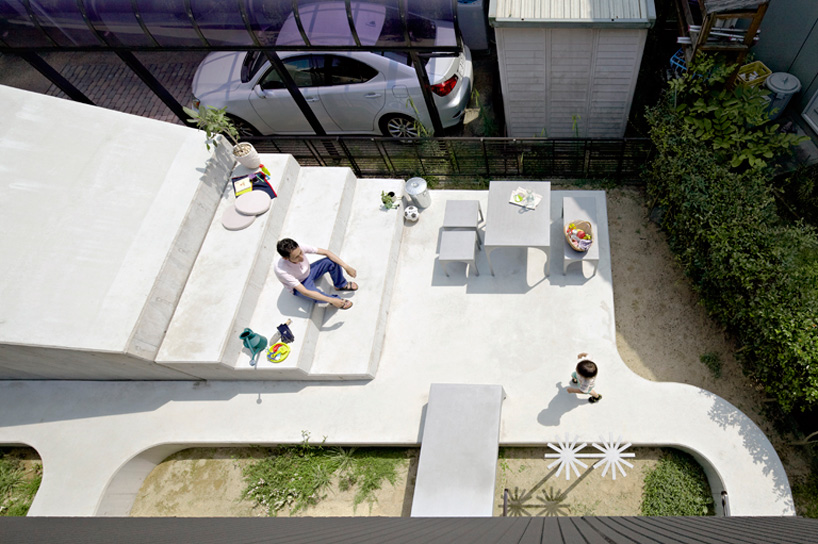 SPACESPACE carried out the full-scale refurbishment for a young couple, which saw the local firm also tackling the outer appearance of the home so that it stood apart from the rest of the others. the key feature of the reconstruction is the integration of a concrete plane that runs along the perimeter of the house, measuring roughly the same size as the living space. starting in the southern garden, the poured structure stands a stepped terrace whose highest point reaches to the second floor of the residence, creating a vertical relationship with the home; its elevated stance allowing its underside to function as a carport. sloping downwards, the independent passage way creates a visual and physical connection between the interior and exterior of the house, forming a continuous path that offers organized circulation in and around the property. 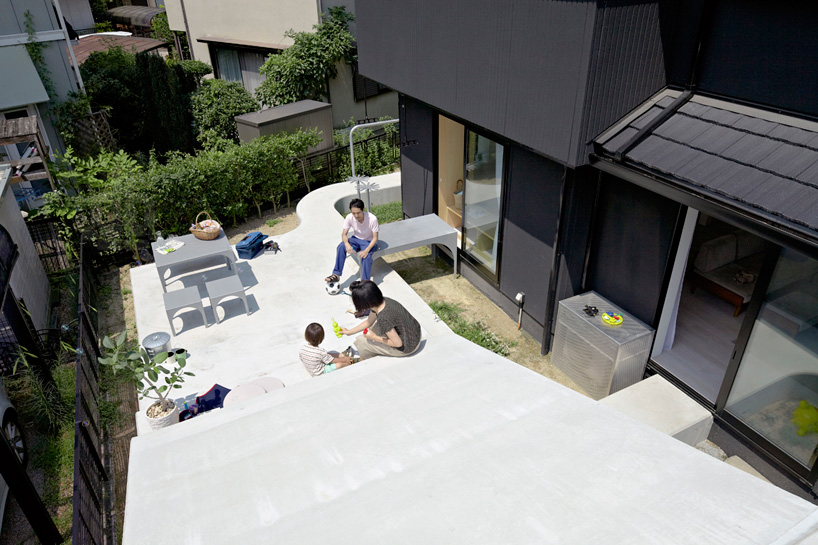 the underside of the stepped terrace functions as a carport

the first floor of the structure was originally a composition of smaller rooms which SPACSPACE has converted into a single expanse, hosting the communal areas: kitchen, living and dining areas, tatami room, while the second storey offers the bedroom quarters. ‘reform of a garden’ integrates the indoors and outdoors, where external reconstructed elements of the home’s architecture has not only been an aesthetic transformation, but also a functional in which some of the windows and their frames function as benches and tables, encouraging congregation with the greenspace that surrounds the site, thus communicating intentions of requiring the trust and communication of adjacent neighbors. 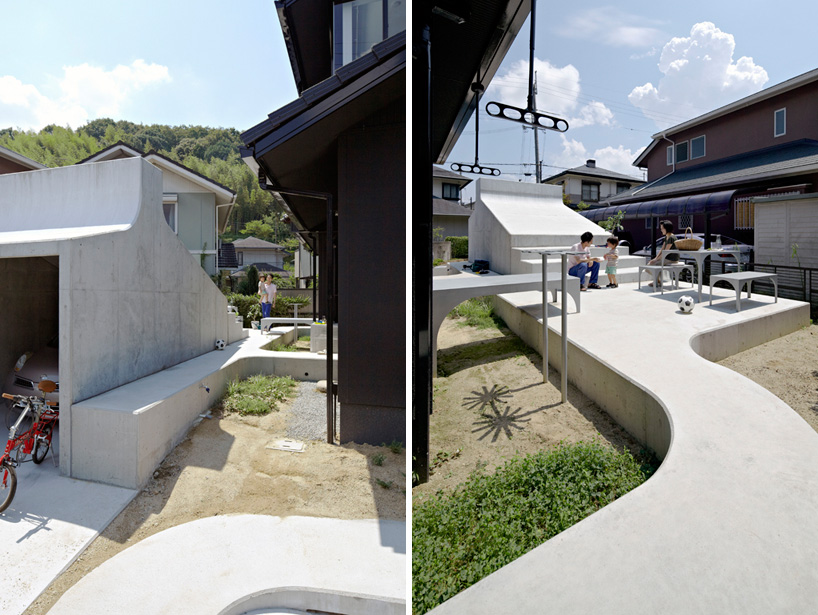 view of the concrete pathway 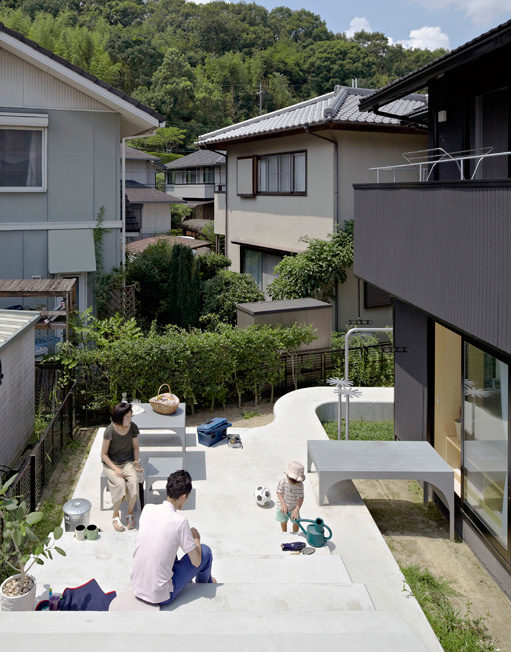 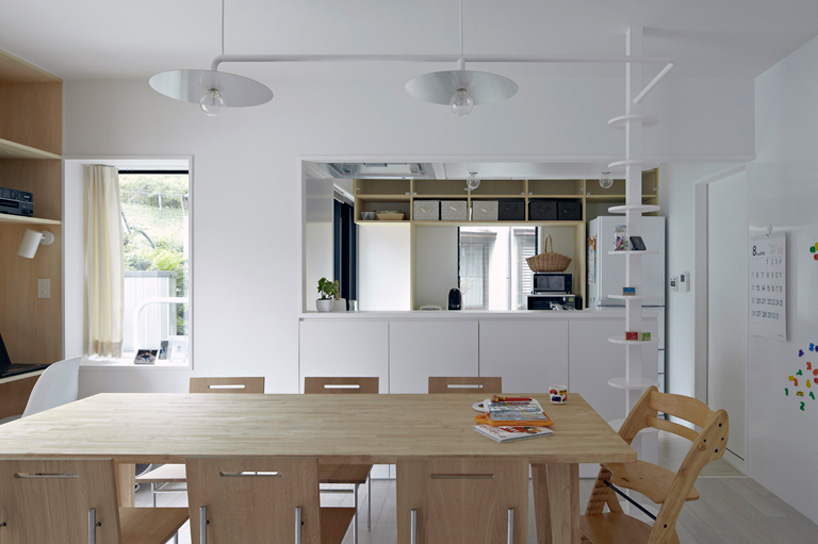 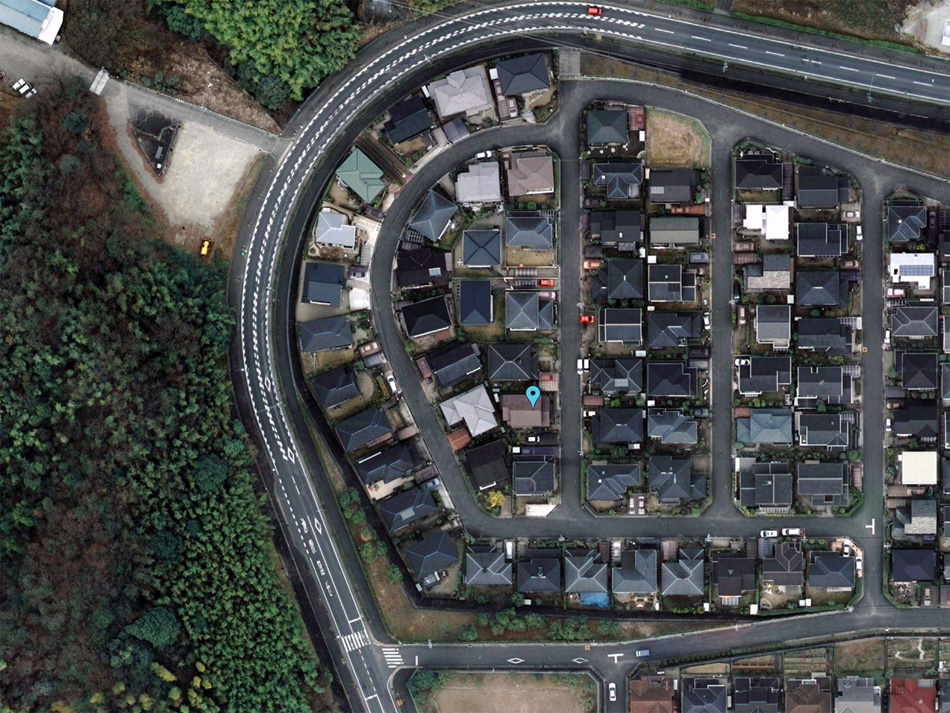 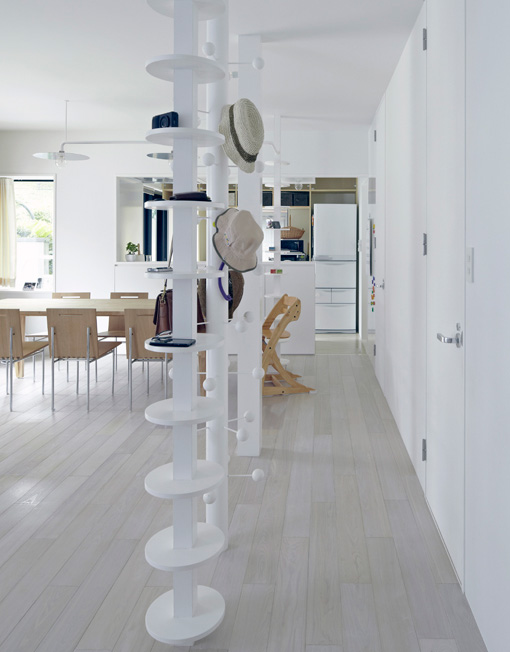 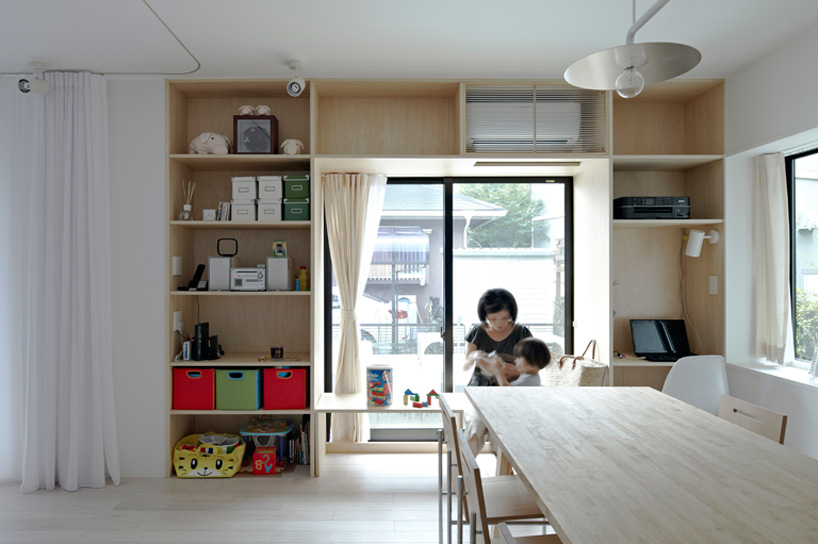 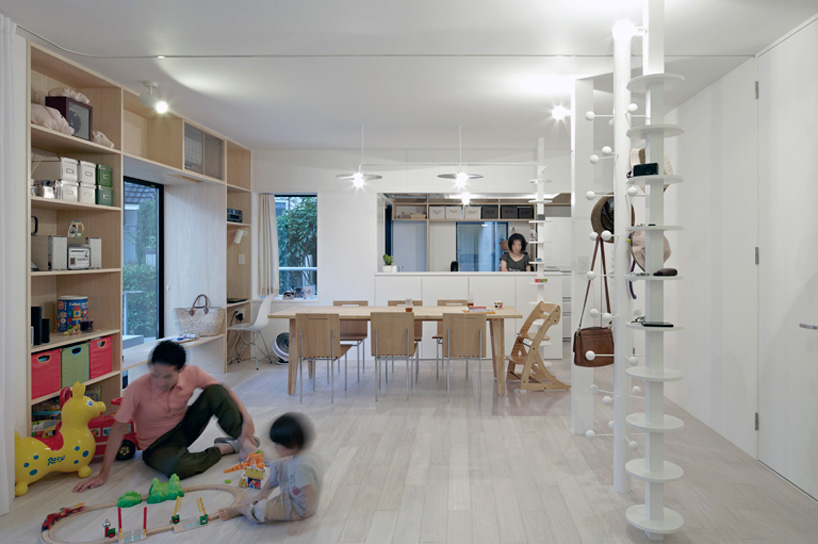 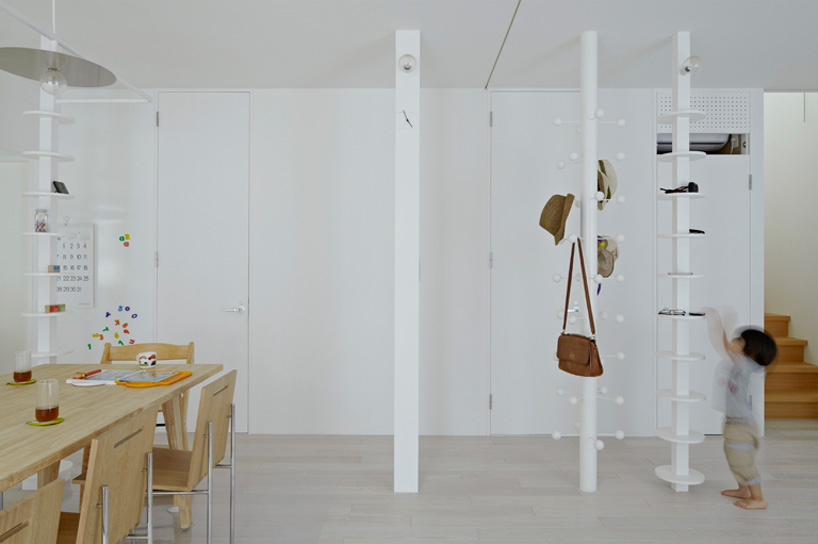 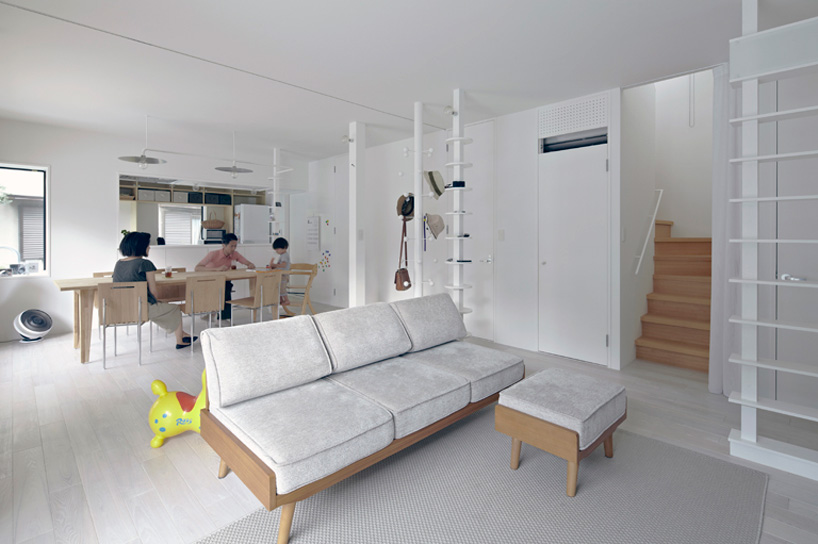 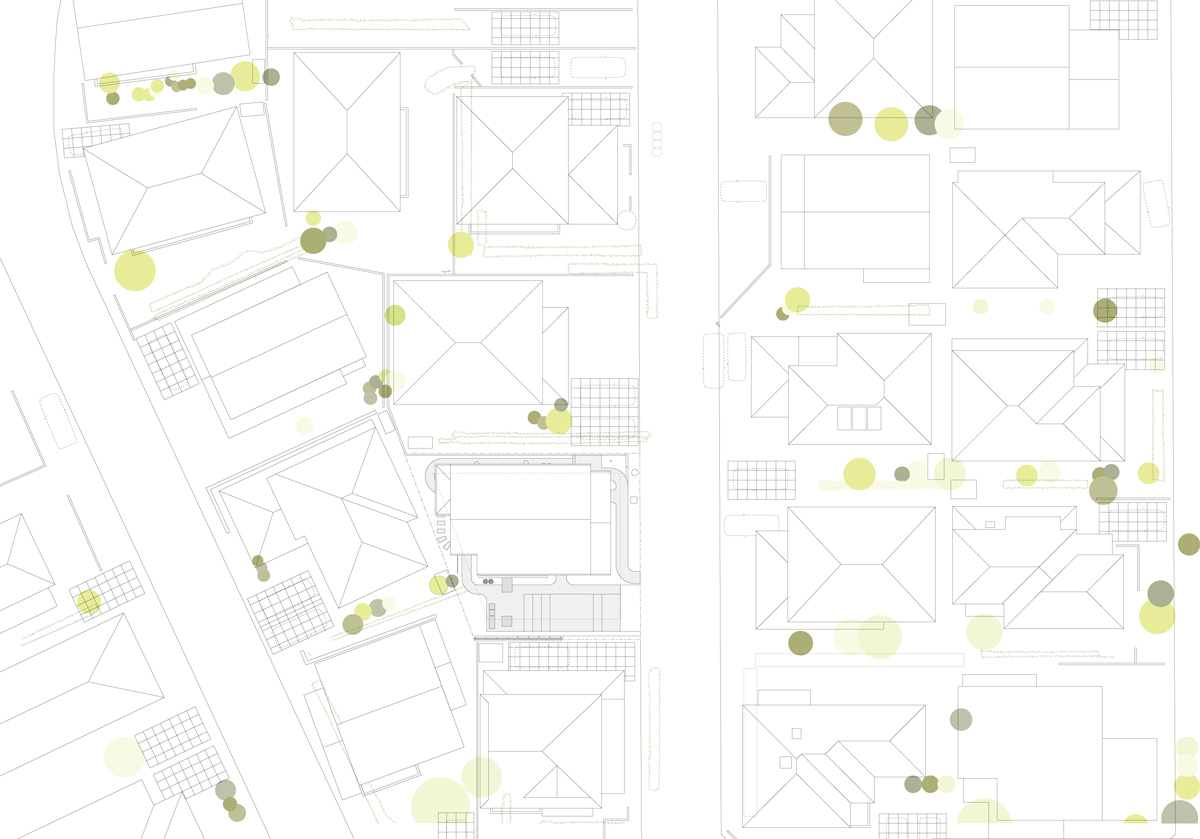 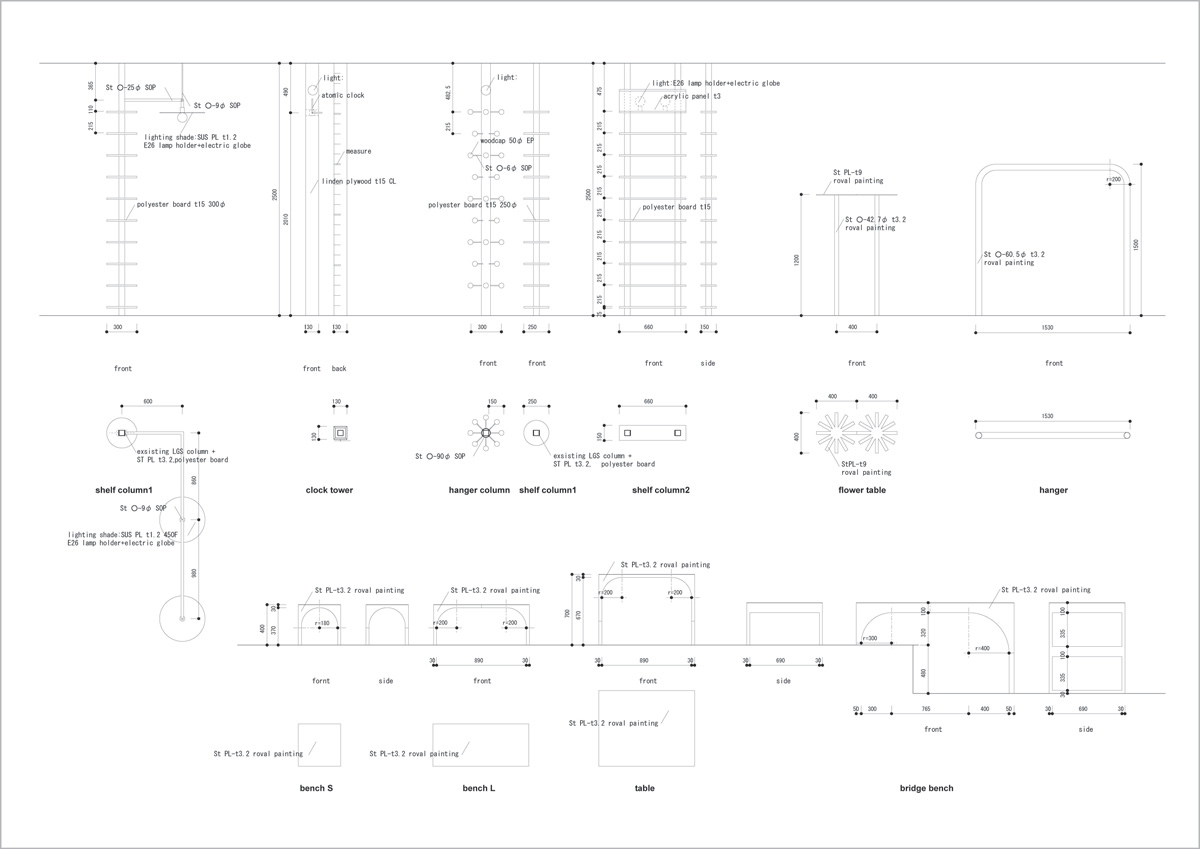 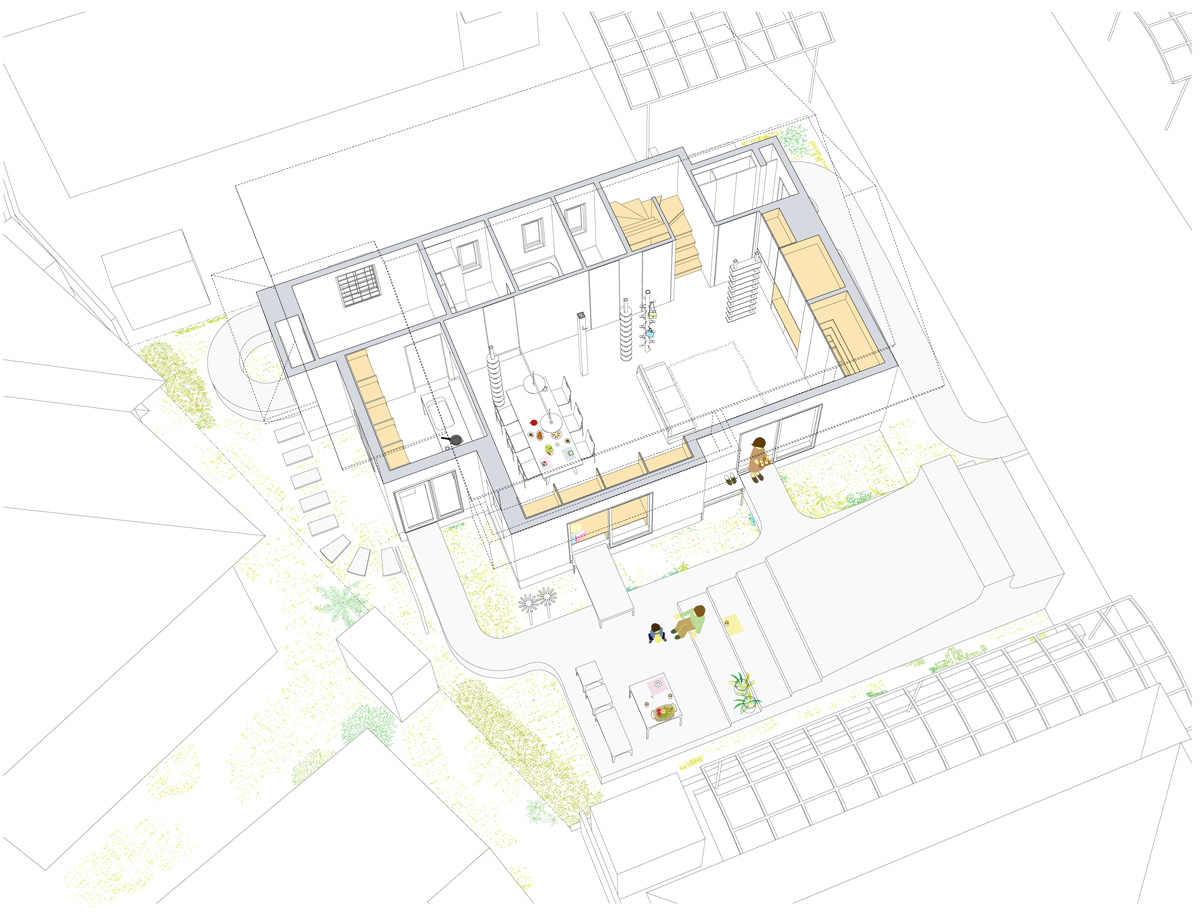 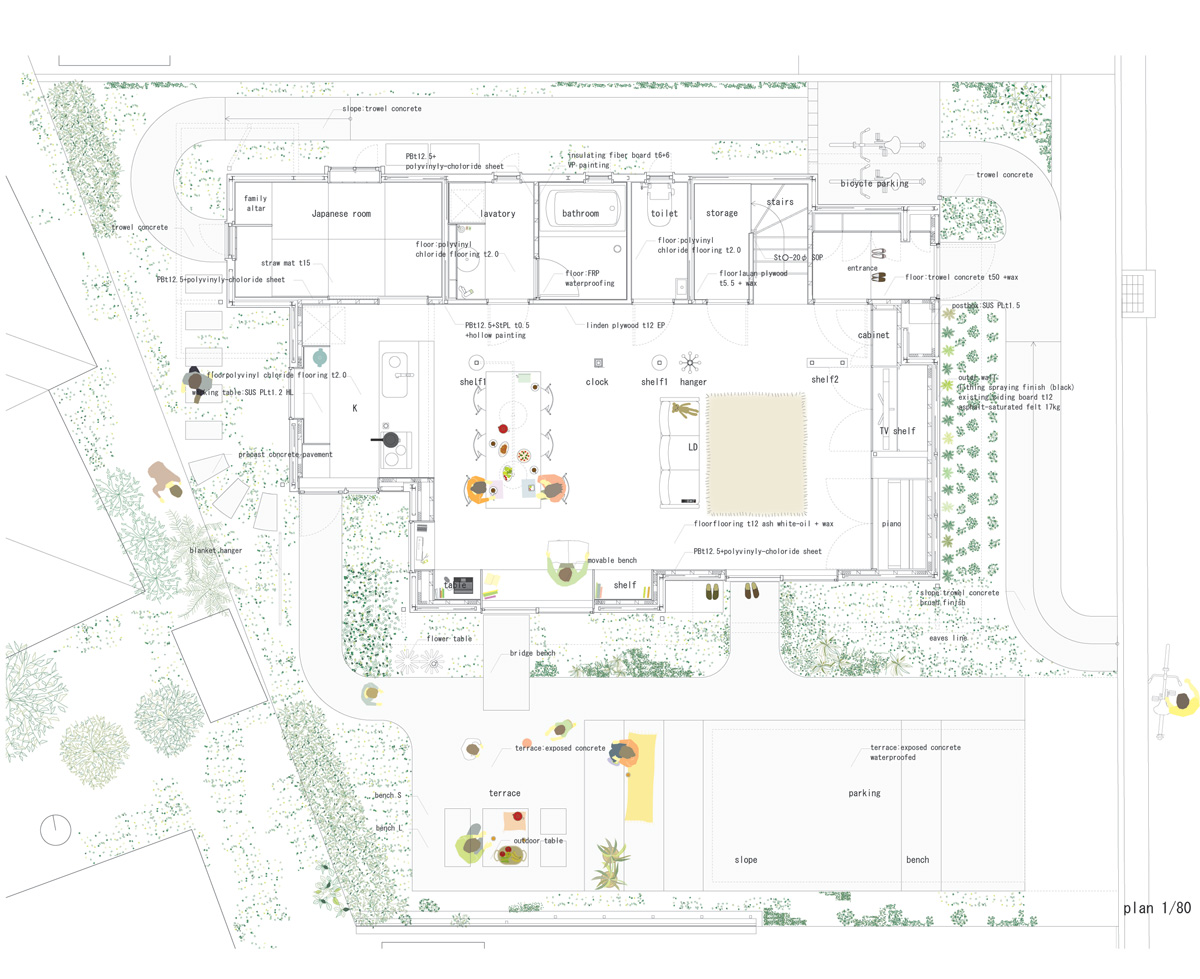 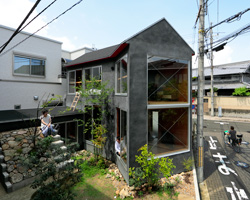 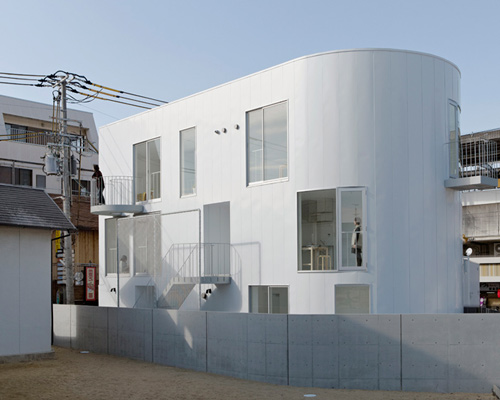 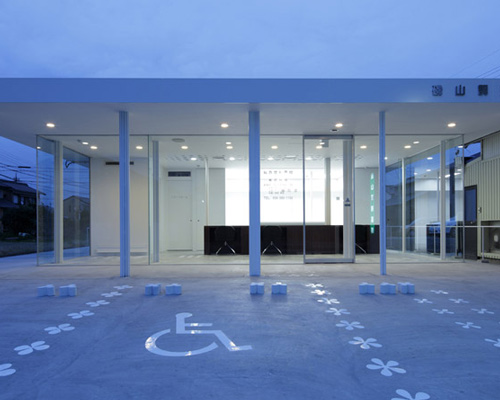 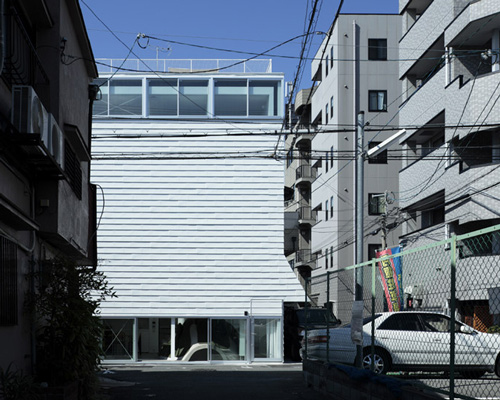 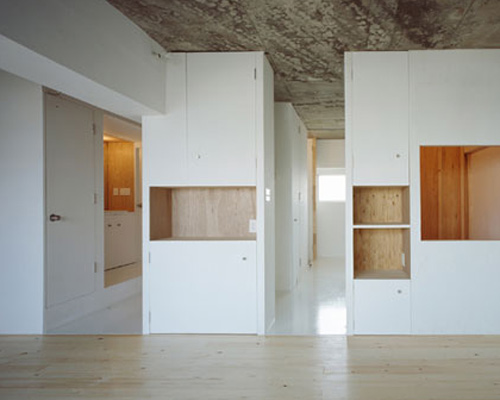