miralles tagliabue EMBT design for the shanghai world expo 2010 brings the traditional spanish craft of wicker basketwork up to date on the curves of the spanish pavilion. to celebrate the 2010 chinese year of the tiger, the spanish pavilion is dressed in the ‘skin’ of the tiger. the steel frame of the 7,000-square-meter structure is being covered, in more than 8,000 wicker panels. three different colored panels, brown, beige, and black, creates the impression of a tiger. the panels were handmade by craftsmen in shandong province, each one unique in design. each also has a tag that indicates its position on the frame. workers assemble particular panels like a puzzle. three exhibition rooms, with installations by spanish film makers from three decades, will be inside. 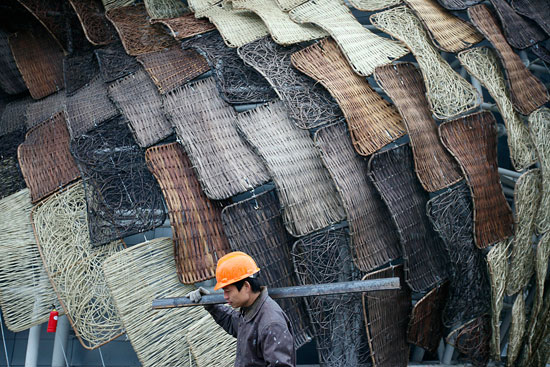 construction worker in front of the pavilion 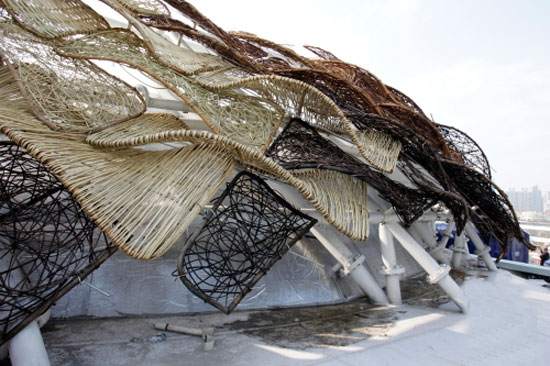 each black panel forms the shape of chinese characters 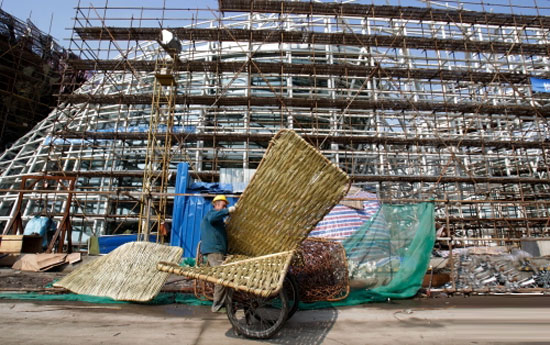 work being carried out on traditional bamboo scaffolding

rendering of the spanish pavilion