performing as a digital gateway that frames the city, the ‘harbin twin towers’ by hong kong-based studio spatial practice are integrated with the site’s transportation hub. situated in harbin, haxi district in china, the high-rises provide access to the station, connecting not only to major cities in china, but also the infrastructural network of the surrounding area. the design encourages high-levels of social interaction, influenced by shortened travel distances between places that fosters faster business transactions and communication. giant media façades on the sides of the buildings help to activate the adjacent plaza, facilitating connections between travelers, commuters and residents. contrasting elements within the structure balance between empty and full, mass and void, private and public spaces. the programs of each generate a dialogue with the site – the north soho and service apartment atrium opens towards the plaza, while the south office block is orientated facing the business district. in response to harbin’s extreme climate conditions, multi-functional green terraces are inserted into the upper volume and residential units, these suspended micro-climates create a new typology of indoor living for the area. 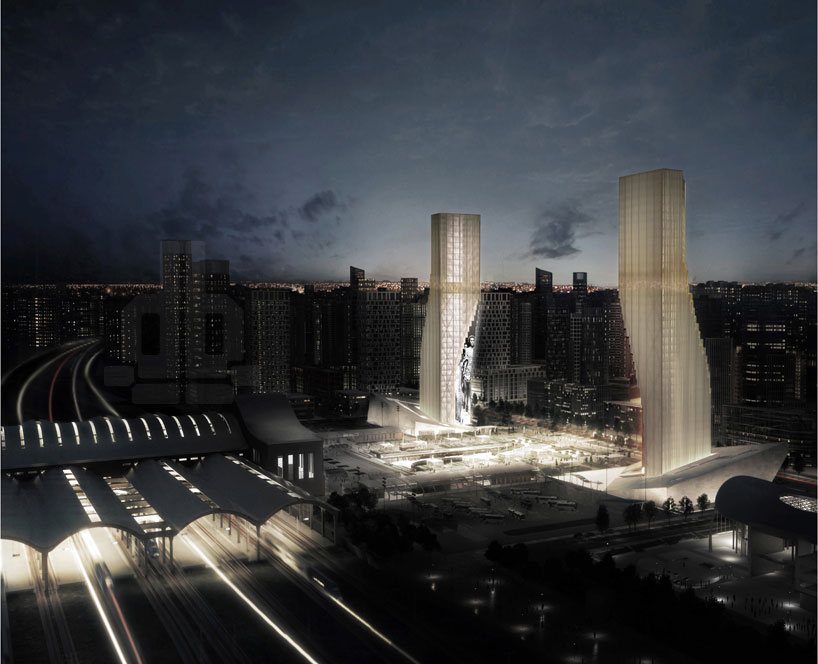 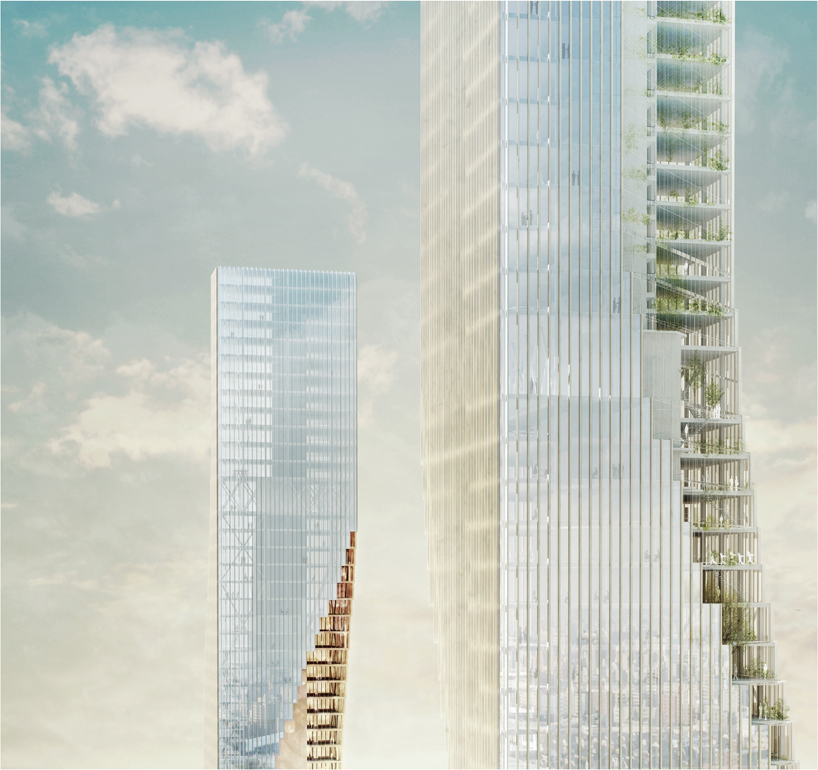 the forms balance between empty and full, mass and void, private and public spaces 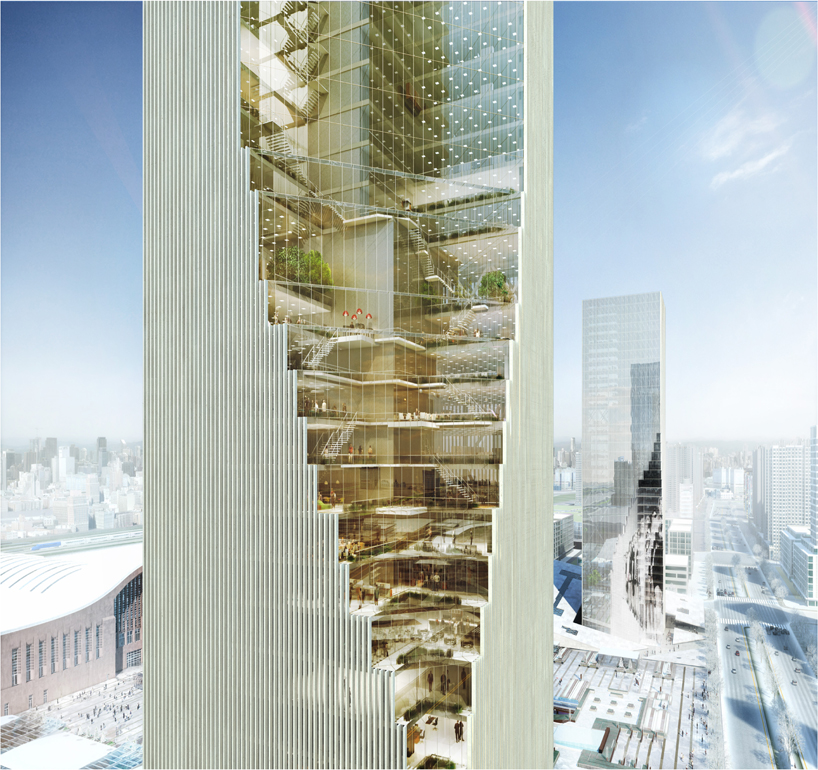 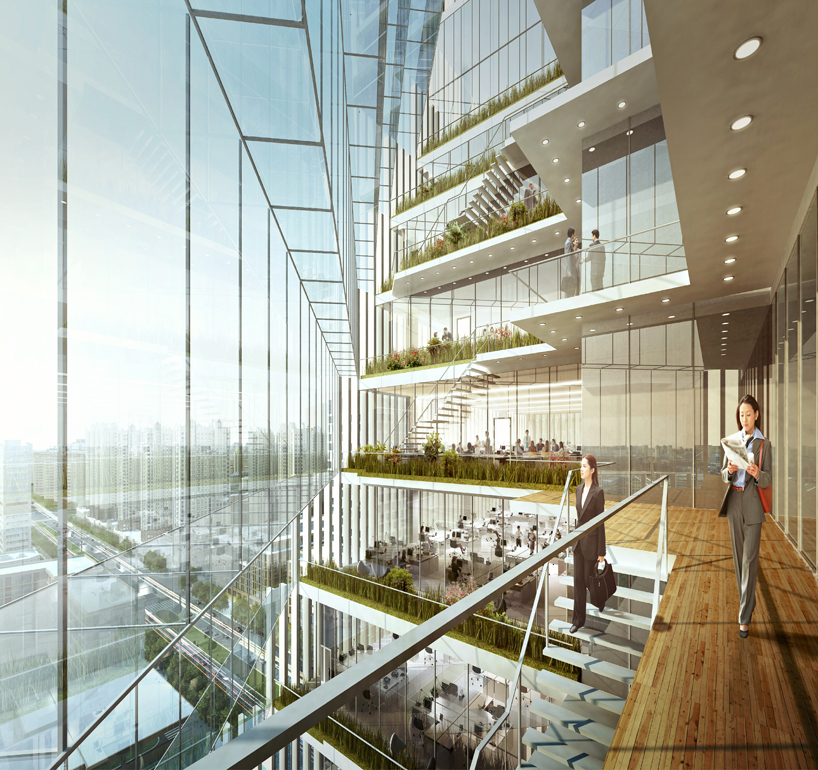 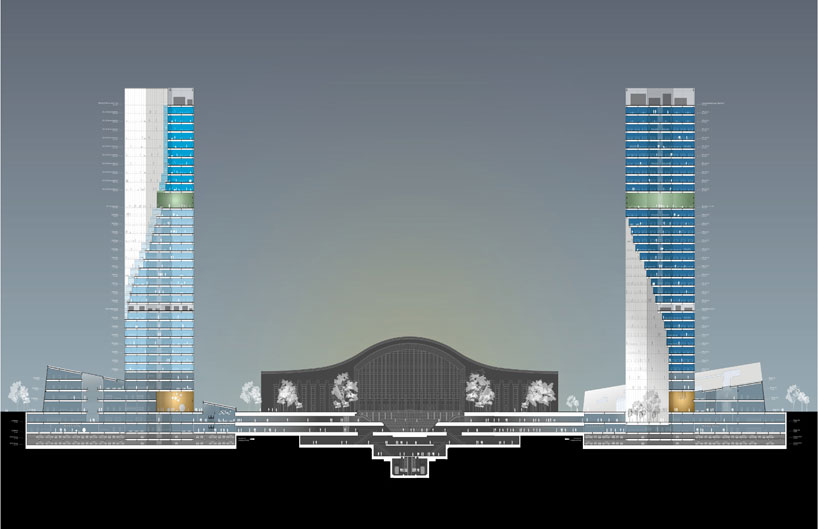 section through the ‘harbin twin towers’ and surrounding plaza 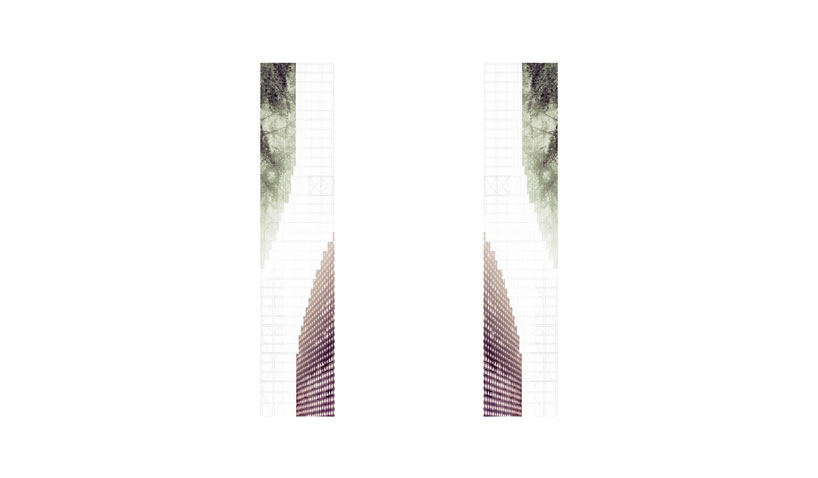 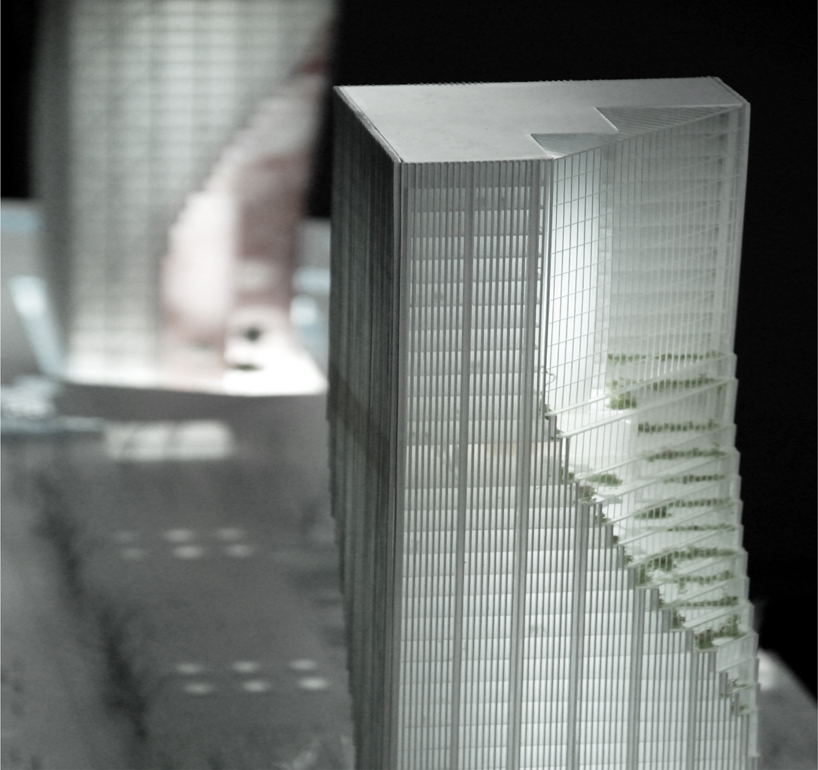 Dec 07, 2021
TOP 10 museums and cultural venues of 2021
this year's most talked about cultural projects include a converted naval hospital in menorca and the world’s biggest astronomy museum in shanghai.
architecture
180 shares
connections: +420