spree2011 is a german association concerned with an international problem: not only in berlin but in many cities around the world – discharges of waste water from combined sewer systems contribute significantly to pollution. if it rains heavily, the sewers overflow. conventional methods to avoid this pollution, such as the construction of underground tanks made of concrete, are hardly feasible due to the high costs for municipalities.

inside the german pavilion at shanghai expo 2010 the initiators of spree2011 will display their solution. they have designed a unique, new technology to prevent such discharges: a module of interconnected tanks – called ‘luritec’ – is installed directly in the water in front of the drainage opening point. if it overflows, the system stores the wastewater. if the drains are free again after a few hours, the water is pumped back. through the removal of the water and the application of new materials, this method is significantly faster and cheaper to install than the conventional concrete basins. 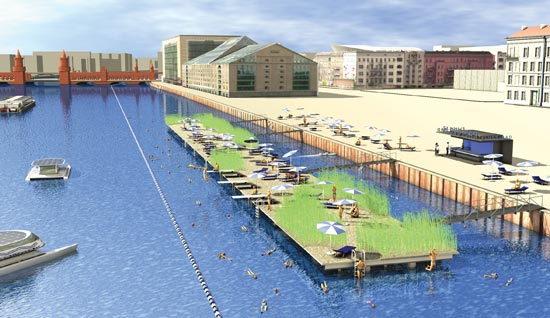 the surface of the system also creates space for multiple uses, which in some cases can even help to co-finance the entire system: reed islands, gardens, platforms, or developments with open-air cinemas and cafes. while life in the water recovers, a new urban life is developing – on the river. 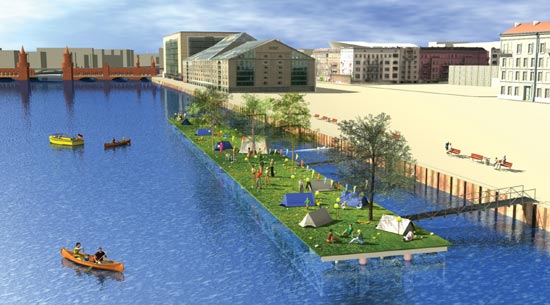 the goal of spree2011 fluss und stadt is the cleaning of the capital city’s river spree, the development and transfer of environmentally conscious strategies for urban development, and the mediation of information and knowledge on water relevant issues. 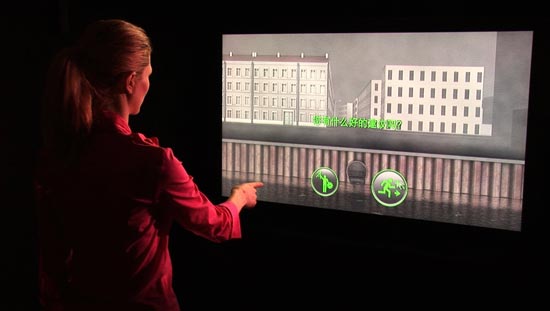 visitors can view the project through touchscreens 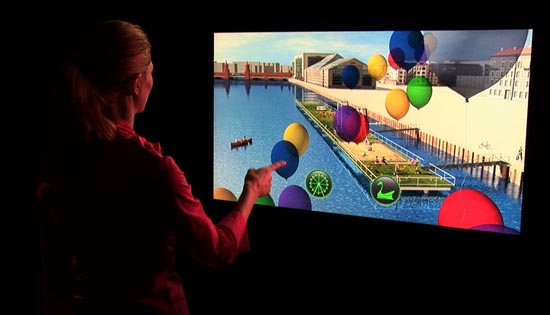 the different surfaces that can be used

later this year, a pilot plant will emerge in berlin’s east harbour. the construction and associated research – involving four departments of the technische universität berlin and six engineering firms – is supported with two million euros from the federal ministry for education and research; the development and operation is supported by berliner wasserbetriebe. even before the construction of the pilot plant in berlin, there is considerable interest from other german cities, and even from other municipalities worldwide.