copenhagen-based architecture studio squareone has developed a new pavilion for denmark’s sanderumgaard garden, a 15-hectare landscape of green paths and water channels established between 1793 and 1828. the proposal, which is currently under funding with more than 60% of the construction budget covered, comprises a circular, covered arcade that encloses a small courtyard in the center. the courtyard is landscaped as a hybrid nordic / japanese garden, with moss, runic stones and a cherry blossom tree. 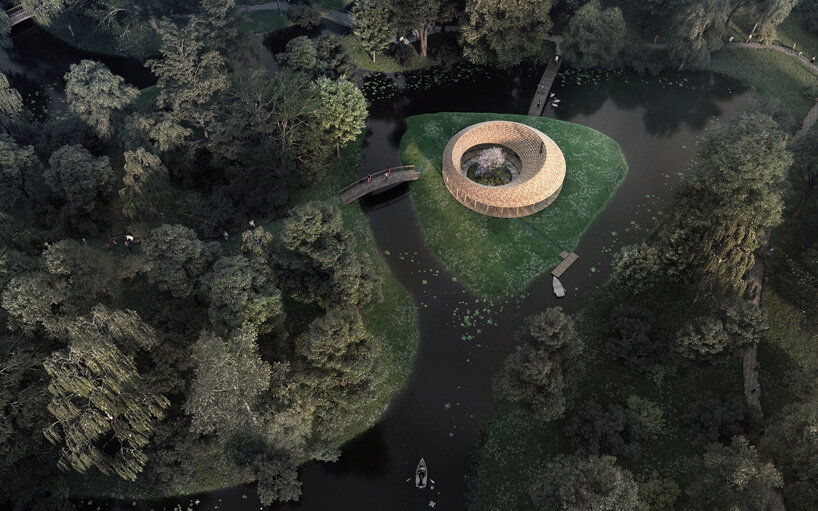 all visuals by NOR3D, drawings courtesy of squareone

squareone’s pavilion is set at a newly created island within the scenic green landscape developed by denmark’s famous garden designer johan bülow between 1793 and 1828. the site’s 15 hectares are connected via a network of paths across various natural structures, as well as a two km channel system that grants access to visitors via small boats. in order to emphasize the romantic character of the garden, bülow dispersed 14 small, secluded pavilions in hut-like forms across the site, which could only be discovered by the ‘wandering souls’ who dared to walk off the main road. 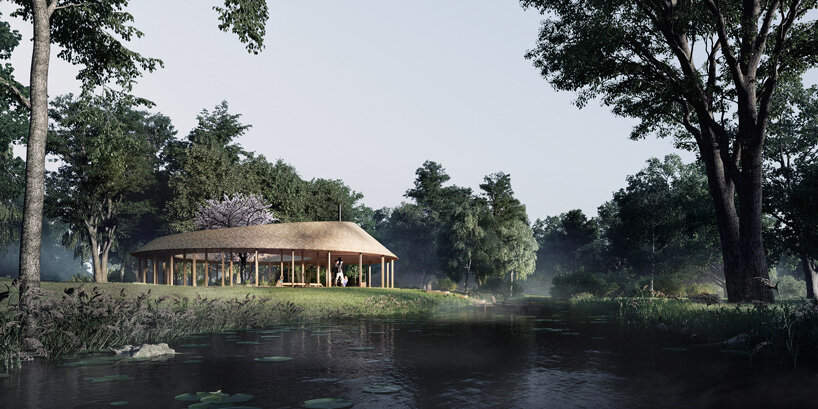 ‘when we were invited to reflect on adding a new pavilion to such a stylistically complete universe, we considered two options: either continue on bülow’s path and create a modern version of his solitary bastions of culture, or pursue quite the opposite direction: a pavilion that is a hymn to nature, only this time as a collective rather than a solitary experience,’ notes squareone. ‘such a pavilion should be big enough and suitably shaped to encourage interaction between people, but it should also invoke a sense of modesty and dignity which would unite people in quietly witnessing a spectacle of a far grander scale : nature itself.’ 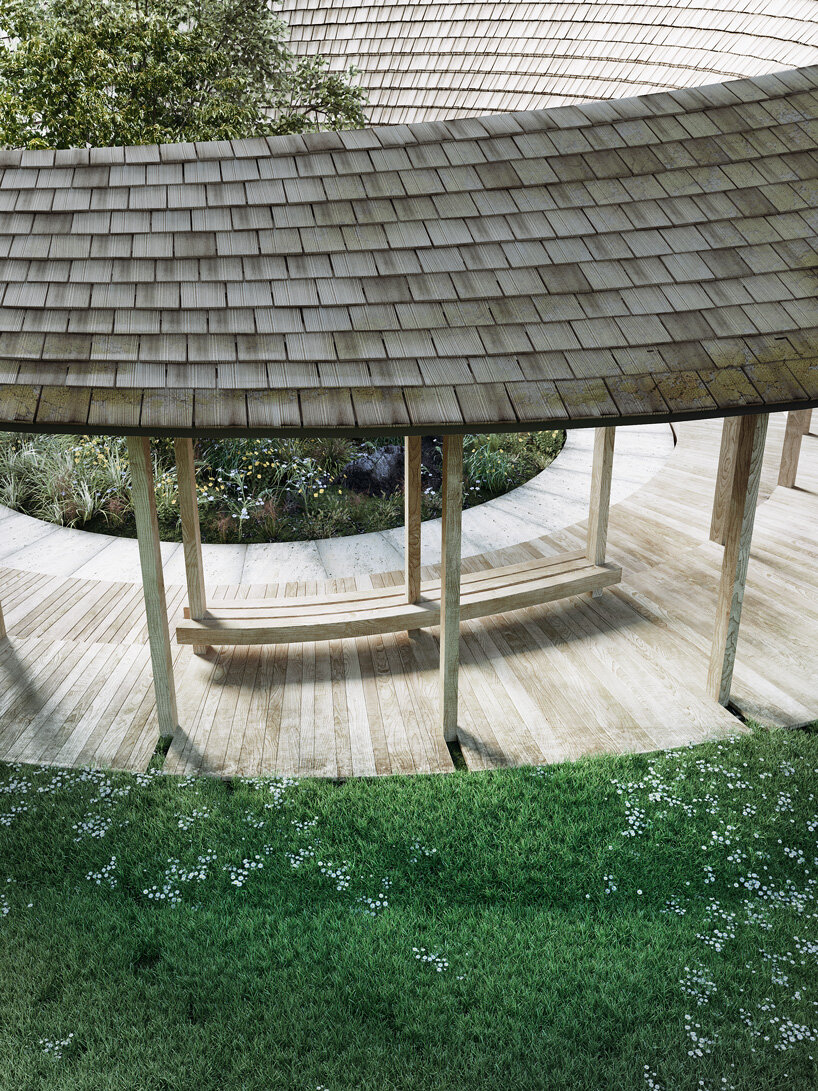 the design proposal features a circular covered arcade enclosing a small courtyard in its middle, which combines nordic and japanese landscape elements. the arcade is topped with an asymmetrical, double-pitched roof, while a poetry room is planned for the wider part of the structure, where visitors can warm their hands at the fireplace and drink a cup of tea. the arcade is otherwise open and accessible from all sides, and functions as shelter for impromptu gatherings such as concerts, gardening classes, or more formal events such as wedding receptions. 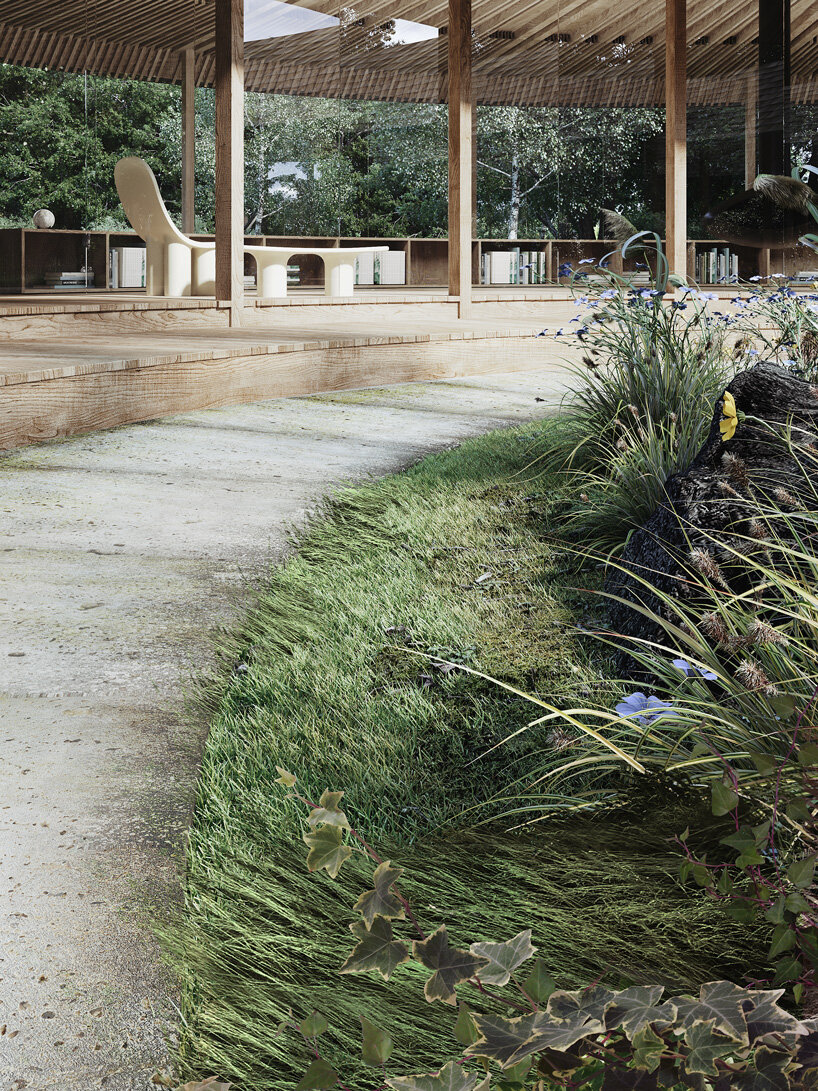 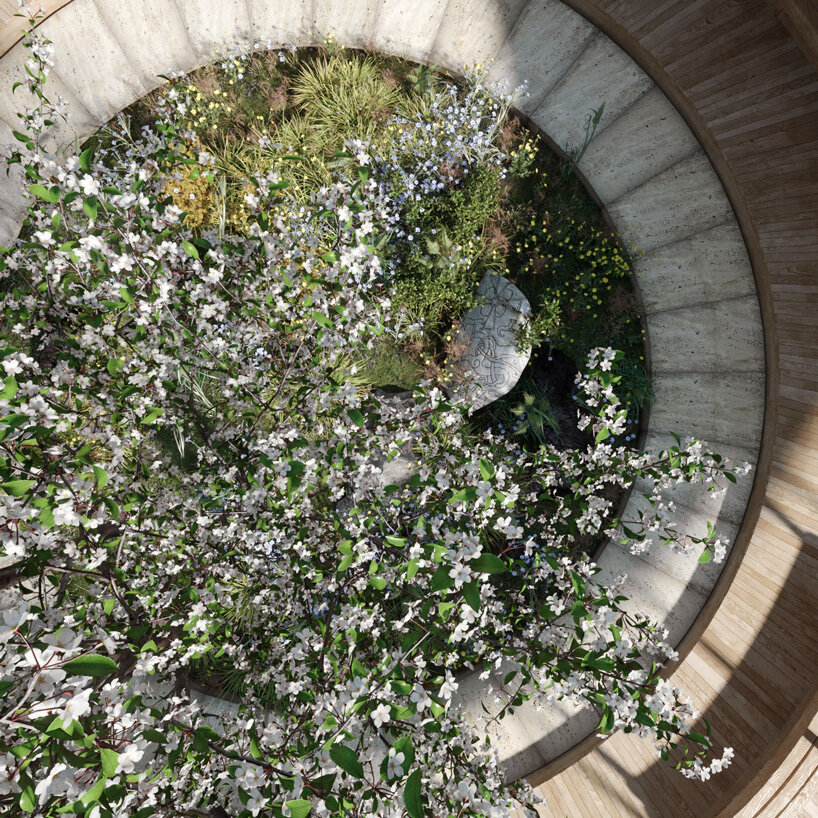 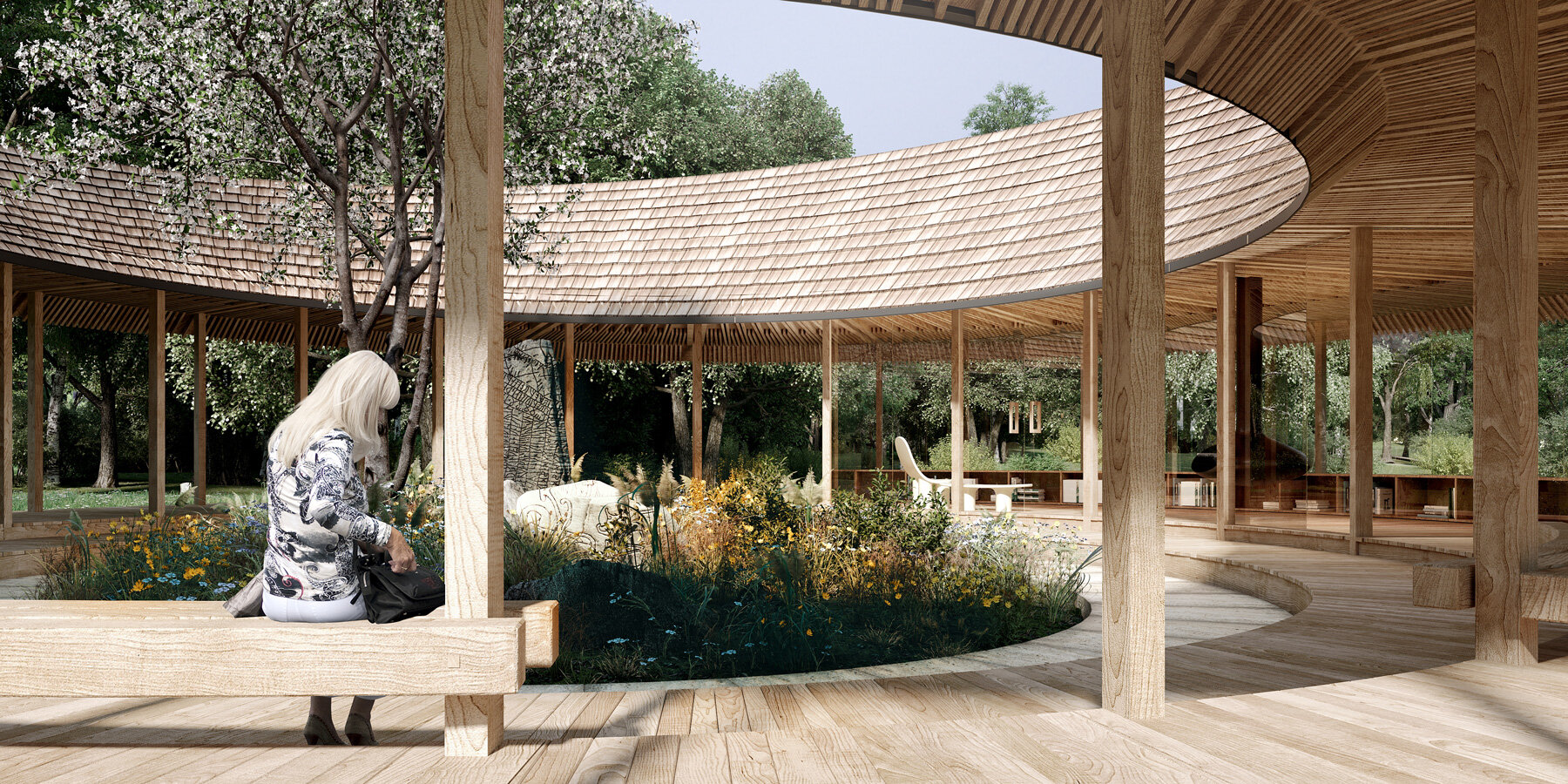 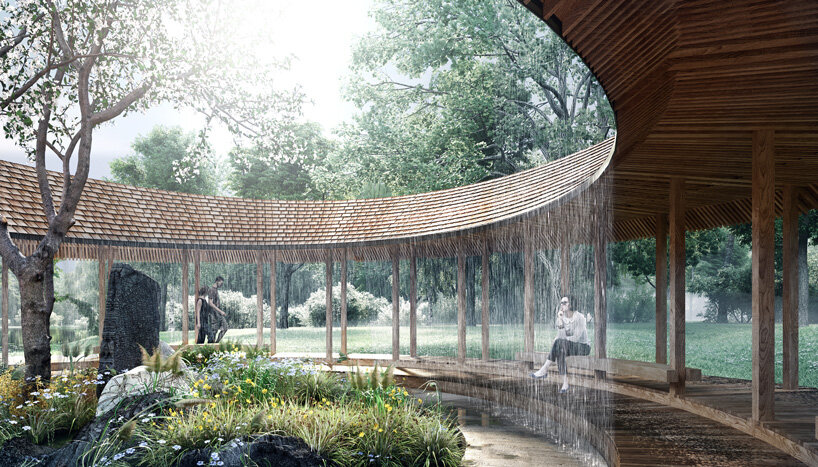 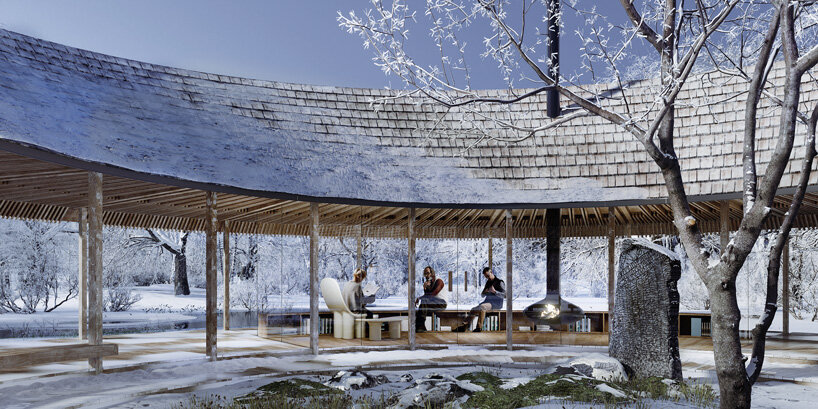 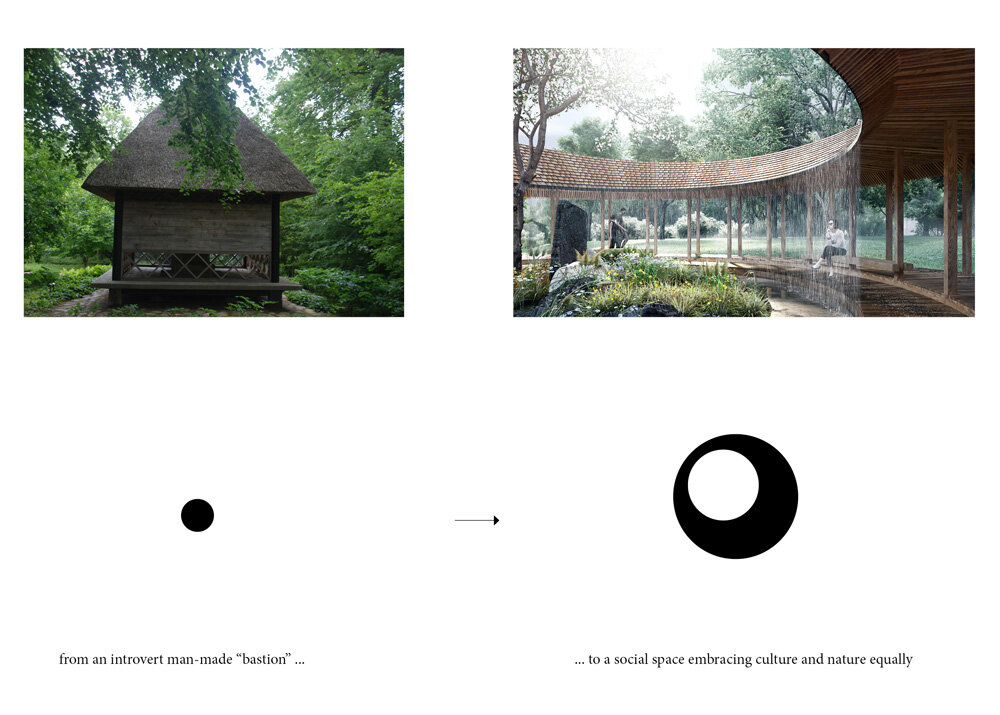 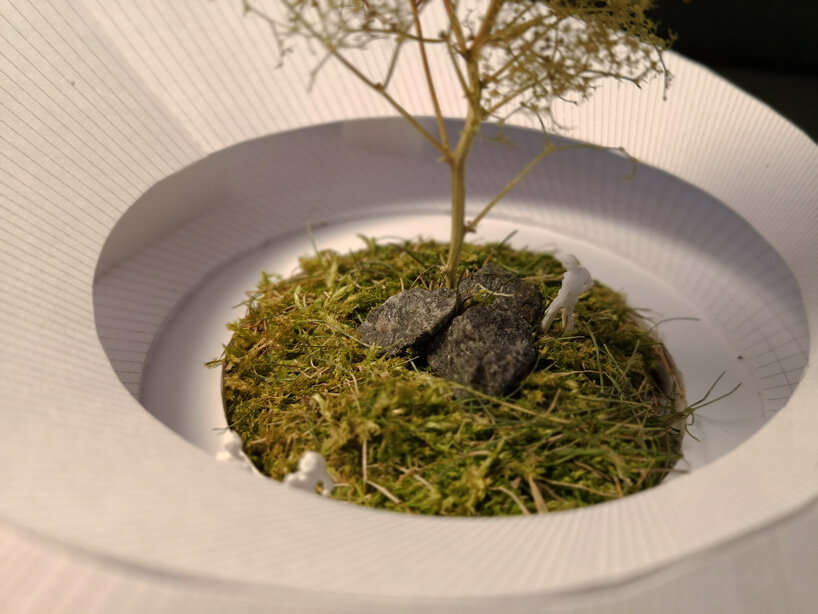 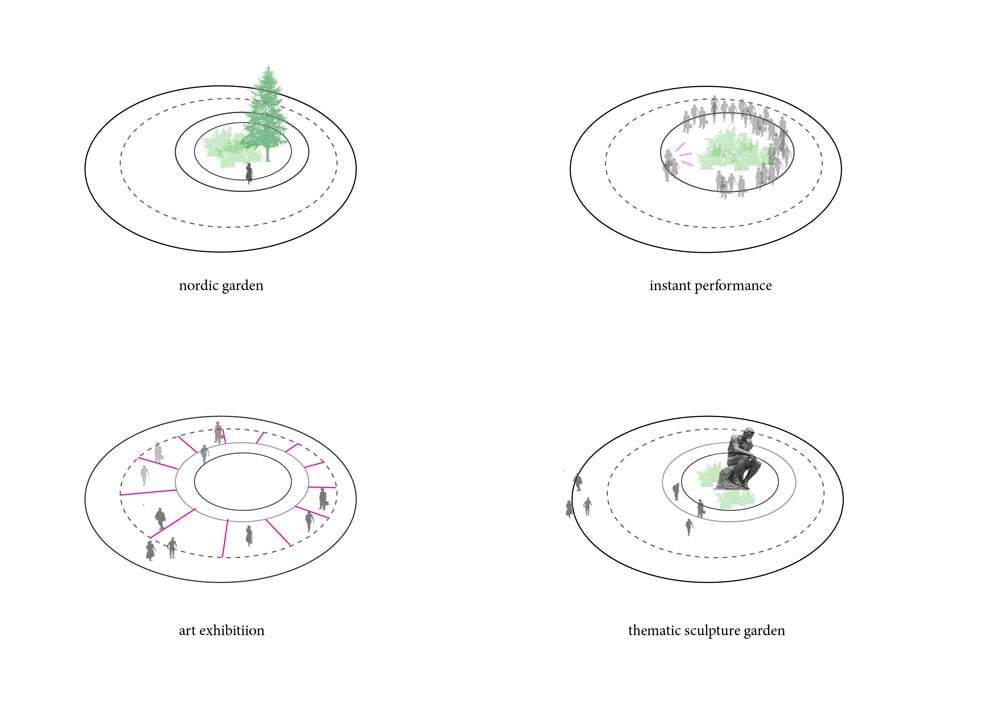 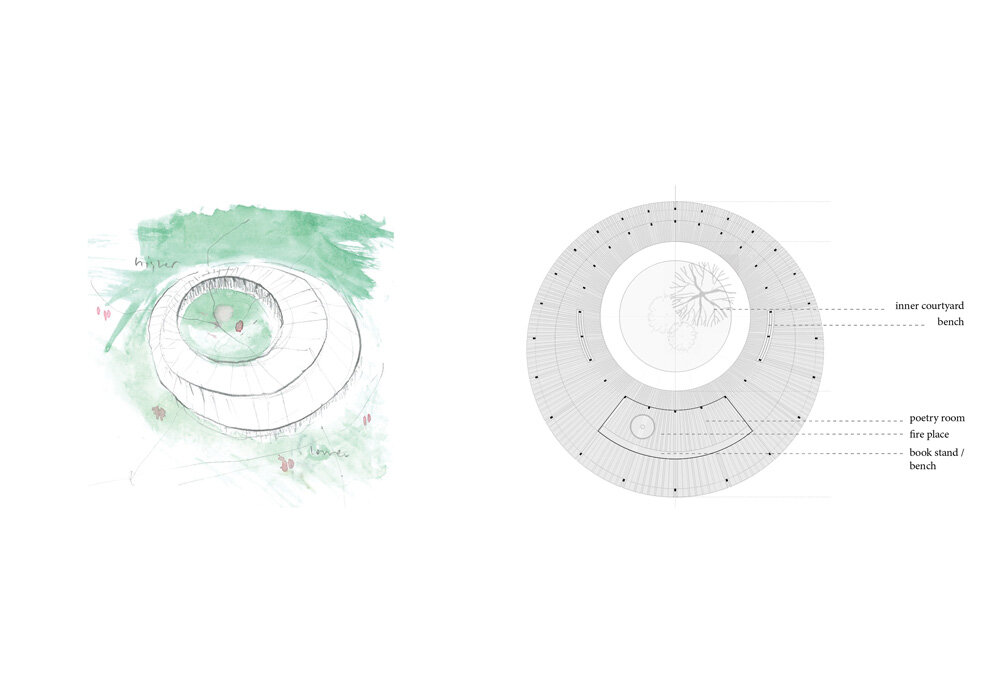 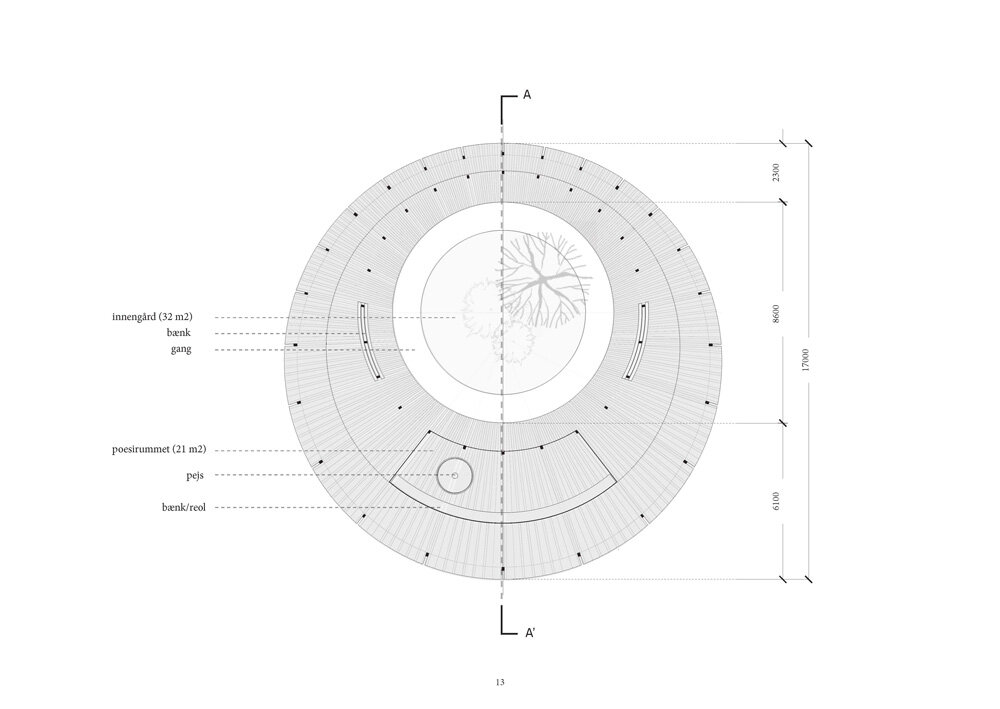 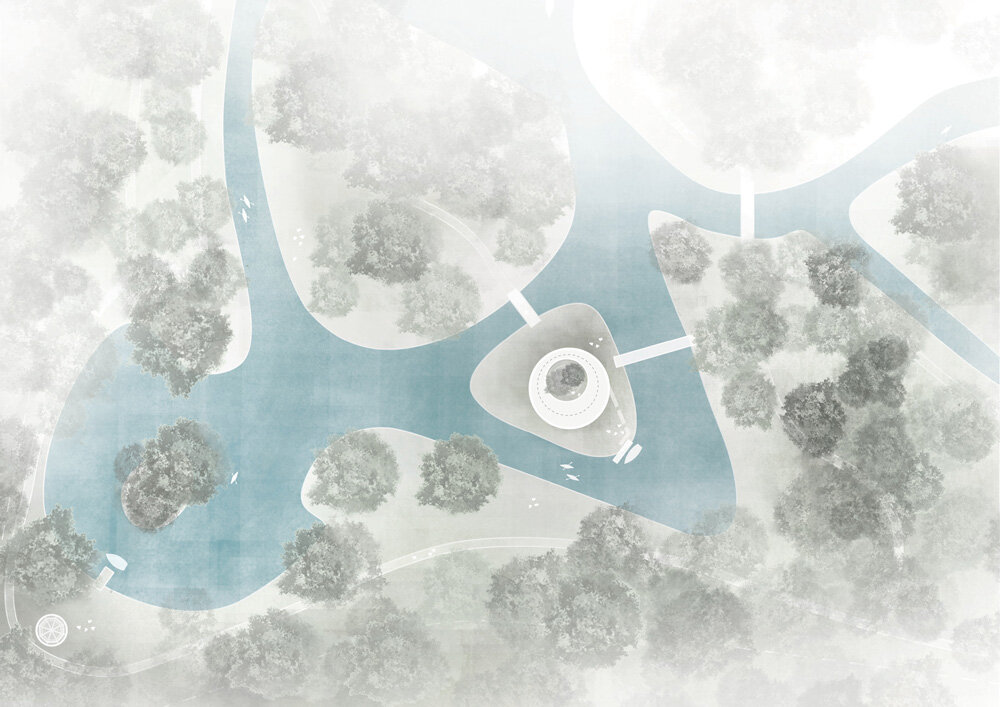 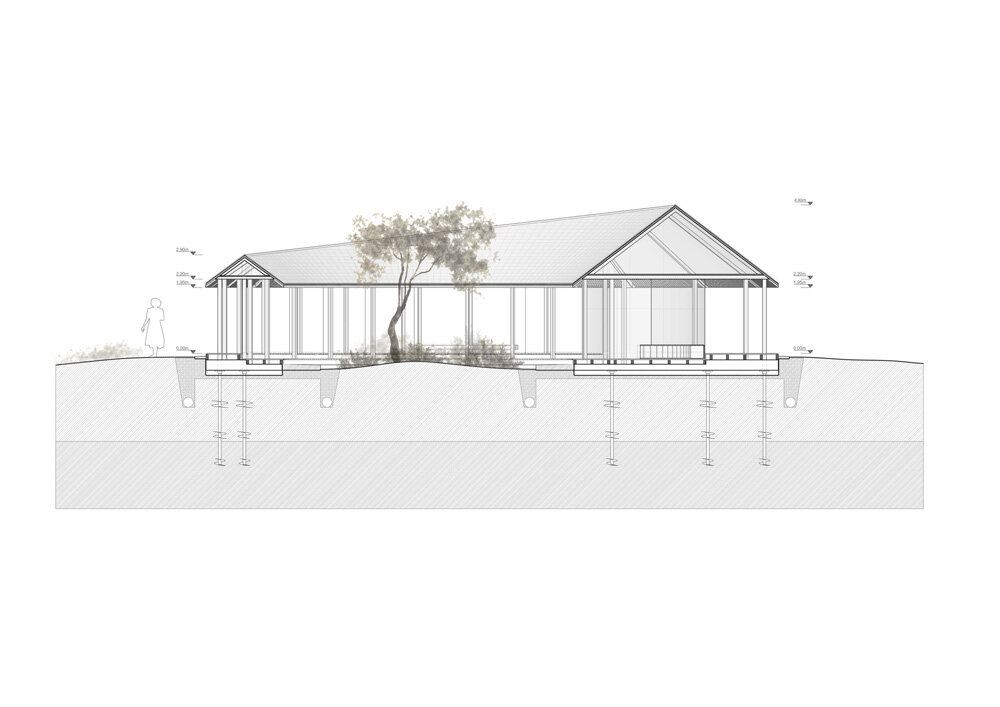