japanese architecture practice stad (toru shimokawa) has sent us images of ‘s clinic’, a two-storey dwelling and dental office in fukuoka, japan. featuring a skewed rectangular footprint, the design elevates the residential program by diagonally cutting across the second storey, resulting in two roof-top terraces that open up to the immediate surrounding site. 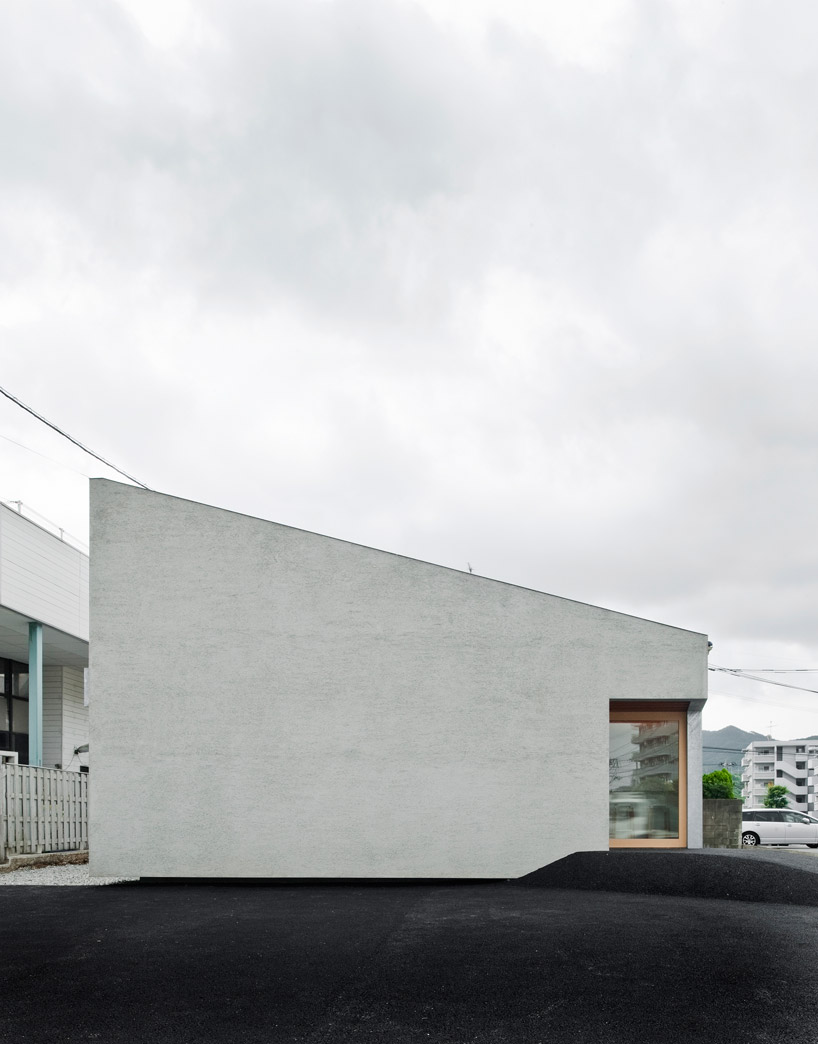 situated next to a busy intersection, the free-standing project establishes a strong and distinct identity through unconventional angles in its form. the corner closest to the street has been pushed in to produce an obtuse angle, subtly distorting the perspective of the overall volume. the roof form slants down in two opposite directions along a diagonal axis, further skewing the spatial expression of the building. 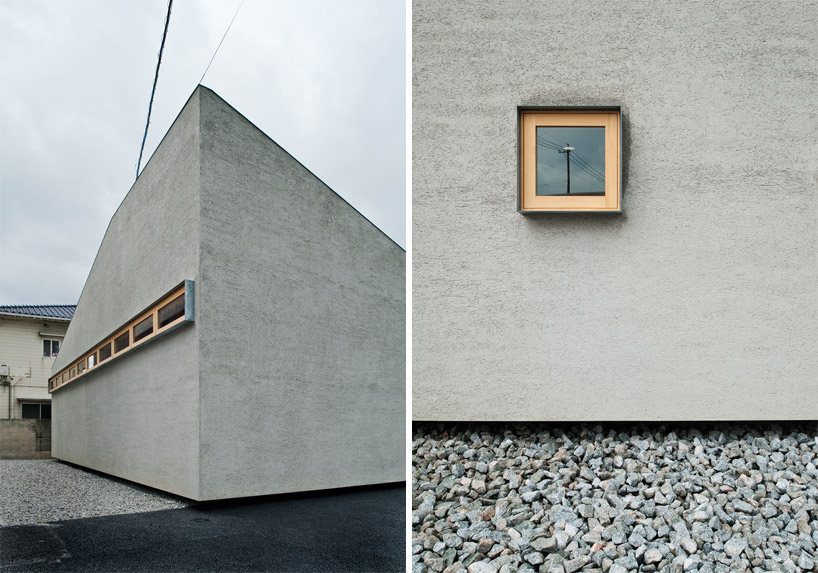 featuring an exposed wooden ceiling, the ground floor is preserved for the functions of the dental clinic. a series of clerestories secure natural daylighting, while a private room for surgical procedures is accommodated in the north east corner of the layout. removed from the operations of the office, the residence lies linearly along a diagonal strip on the second floor. simple and compact, the design generates a pair of triangular ‘yards’ that open up to the surrounding neighbourhood and the sky. 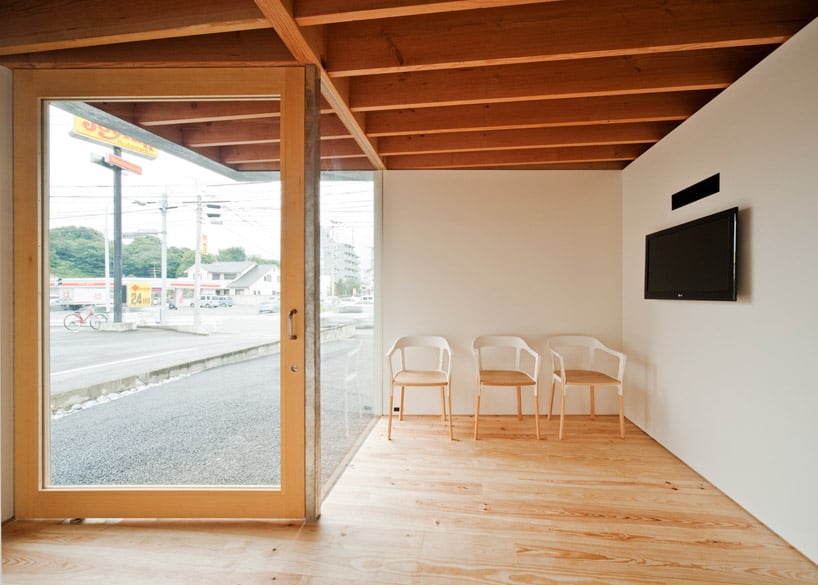 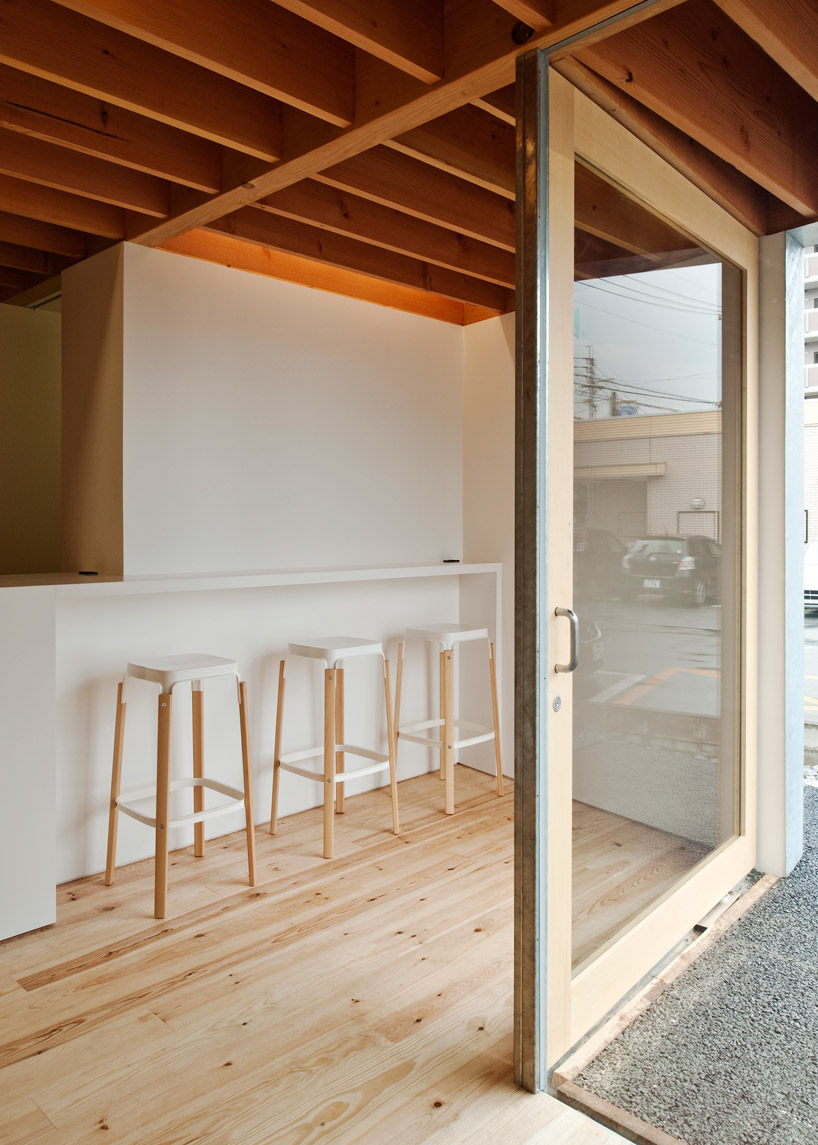 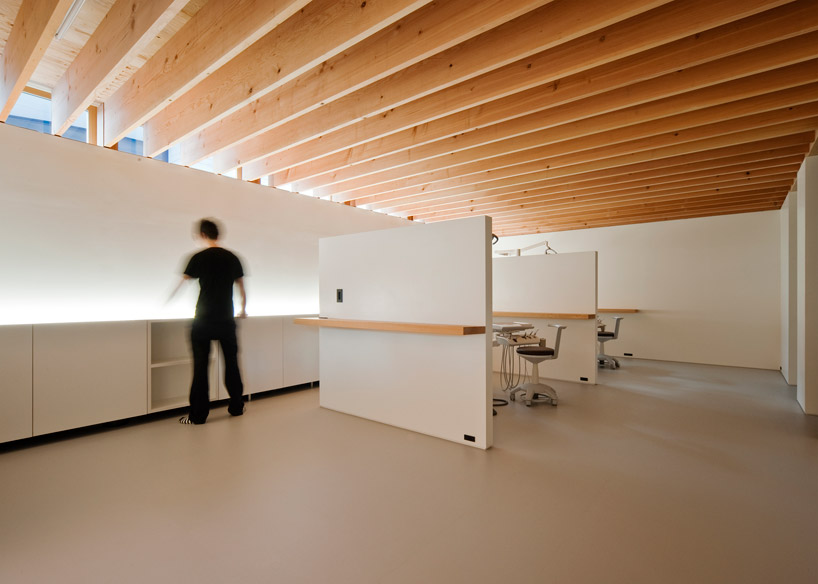 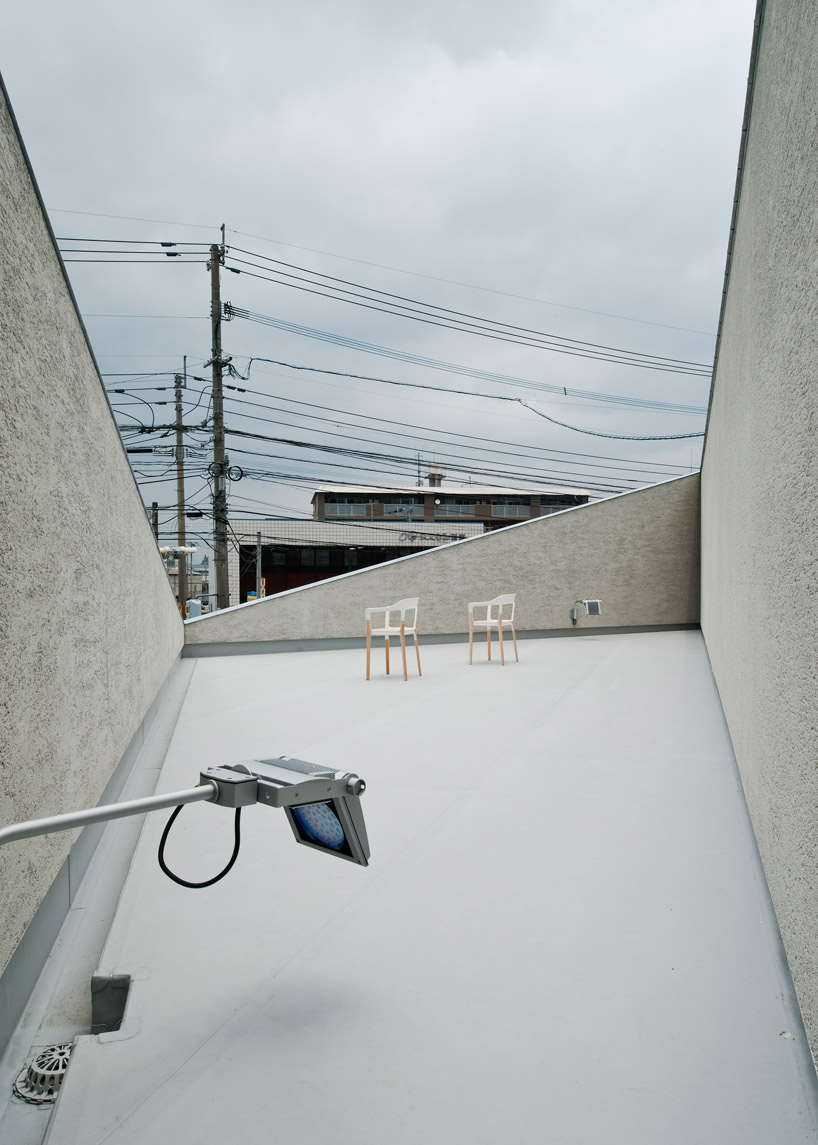 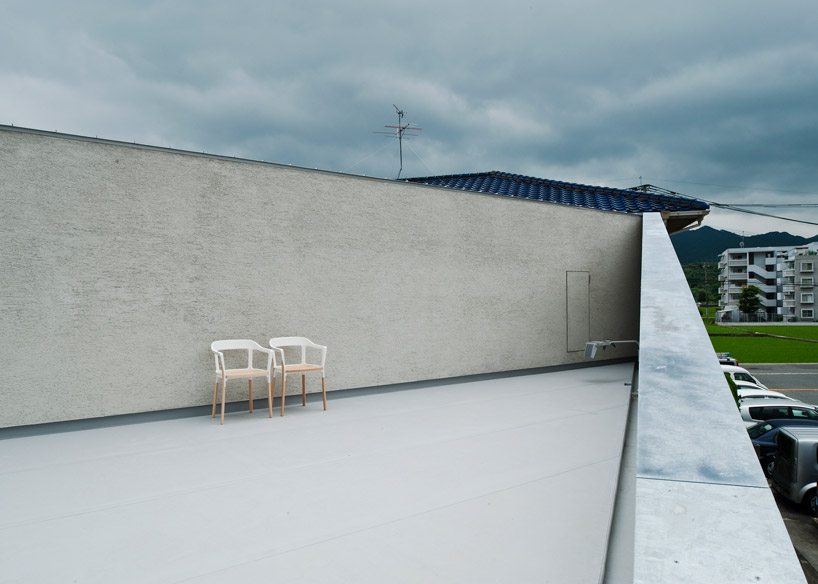 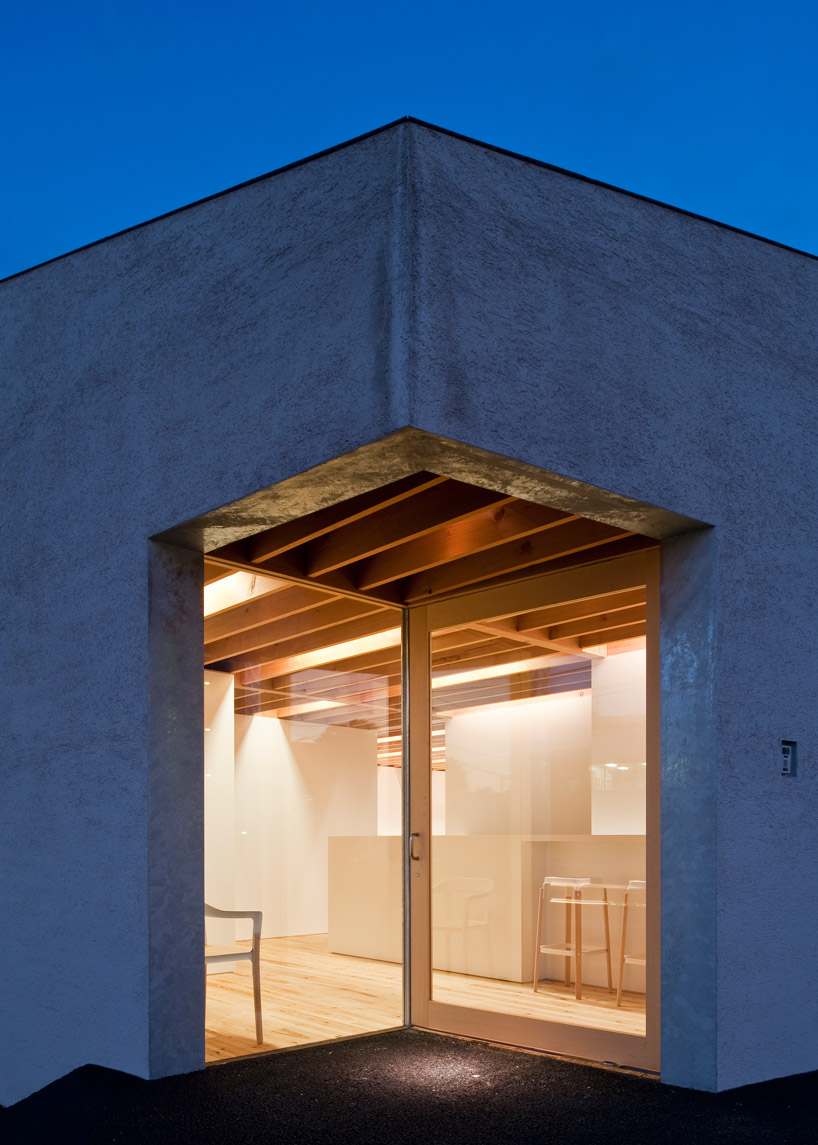 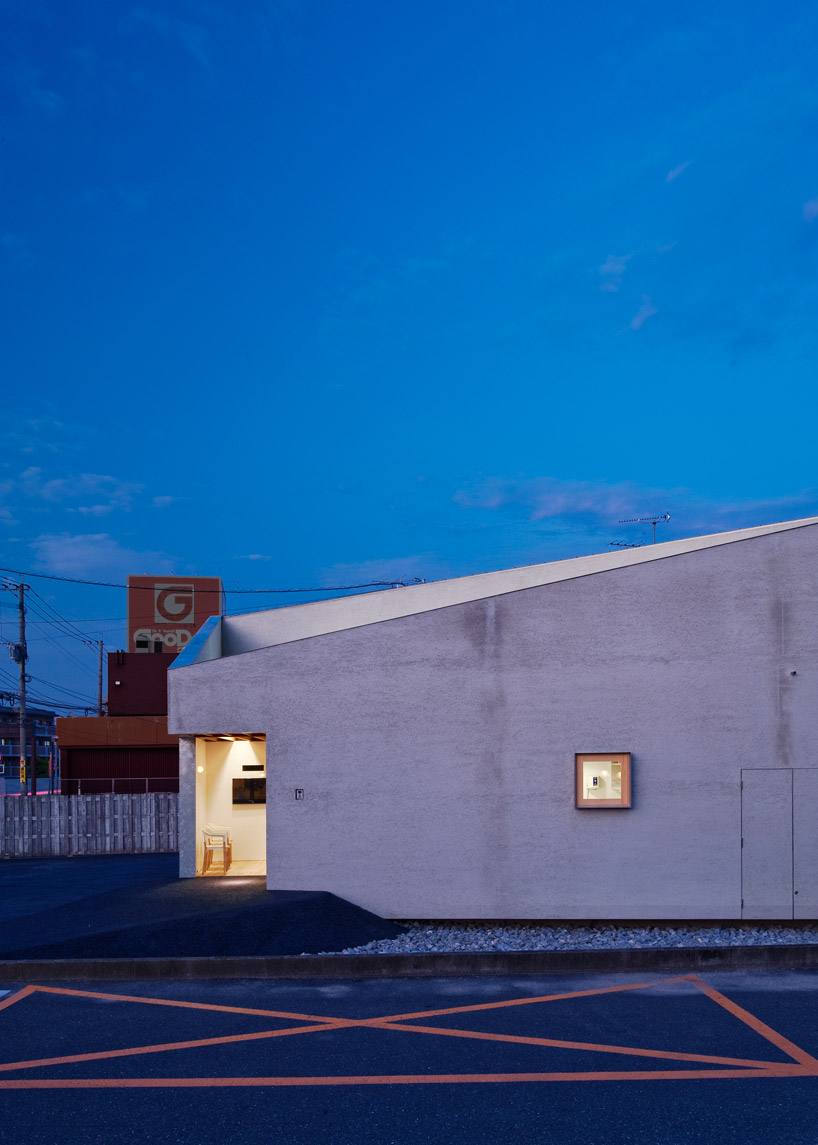 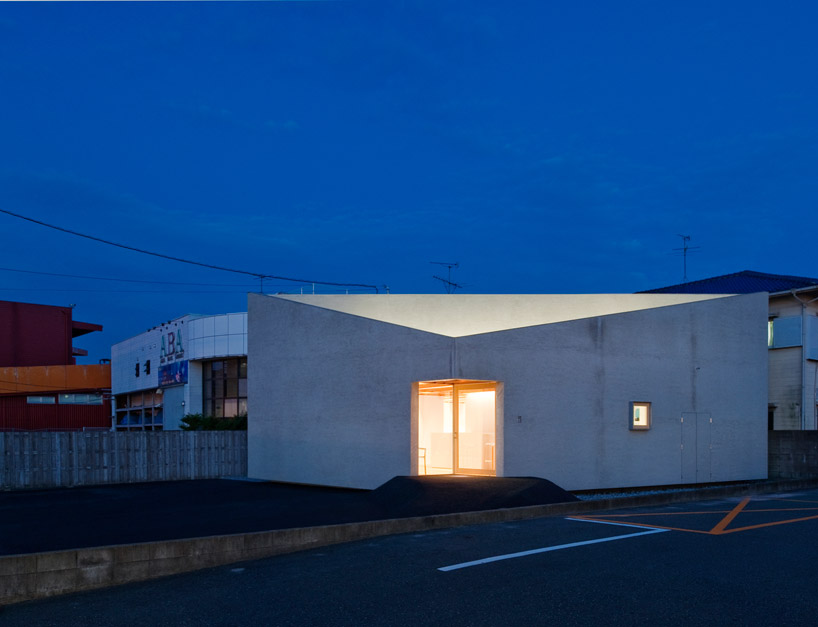 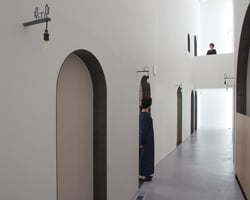 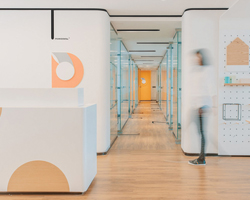 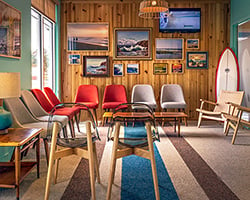 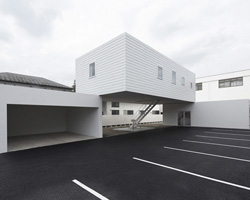 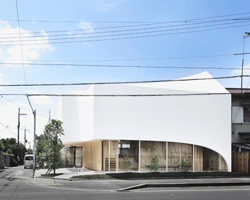