‘s house’ by japanese architecture practice stad (toru shimokawa) is a three-storey private residence in a commercial area of fukuoka, japan. situated on an exceptionally slender site measuring 60 m2, the design utilizes a multi-storey void space to maintain a sense of openness while acquiring privacy and security from the busy street intersection outside. 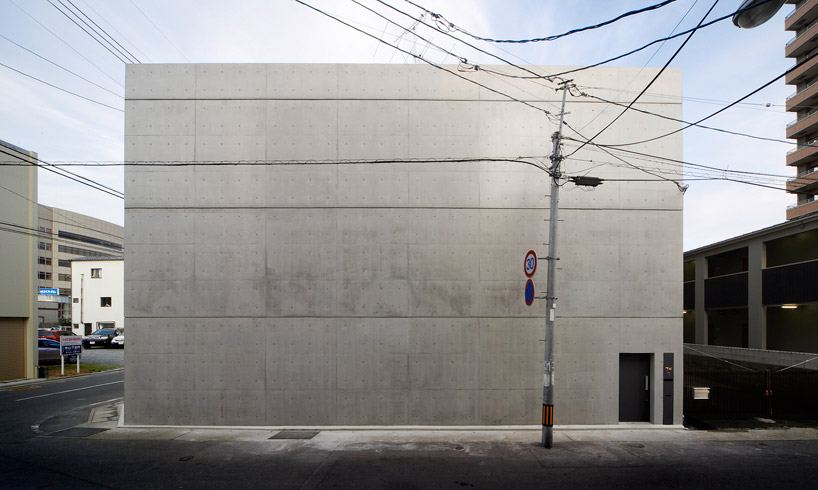 exhibiting a long elevation to the street, the faceted layout subtly tapers to the south end of the plot. with the exception of three large windows facing the intersection, the reinforced concrete structure lends no views into the interior condition of the house. solid and mute in its visual identity, the facade treatment enables the house to blend into the urban nature of the area. additional light as well as cross ventilation is gained by slightly stepping the design away from the adjacent building, creating a slim space for slippage between the volumes. 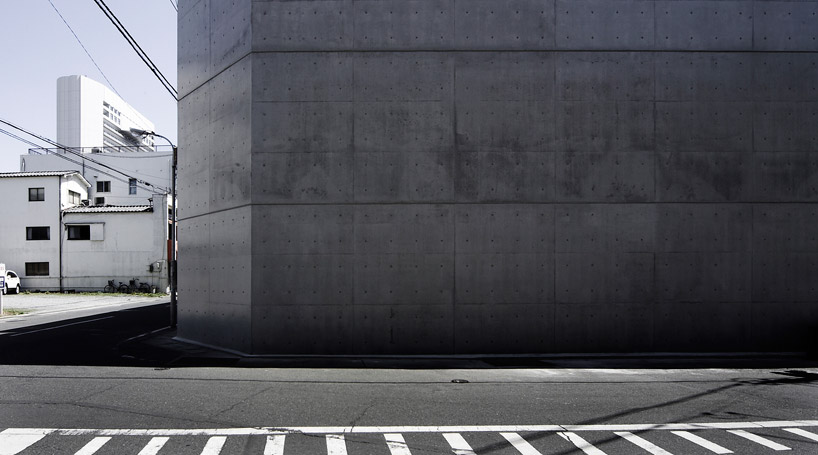 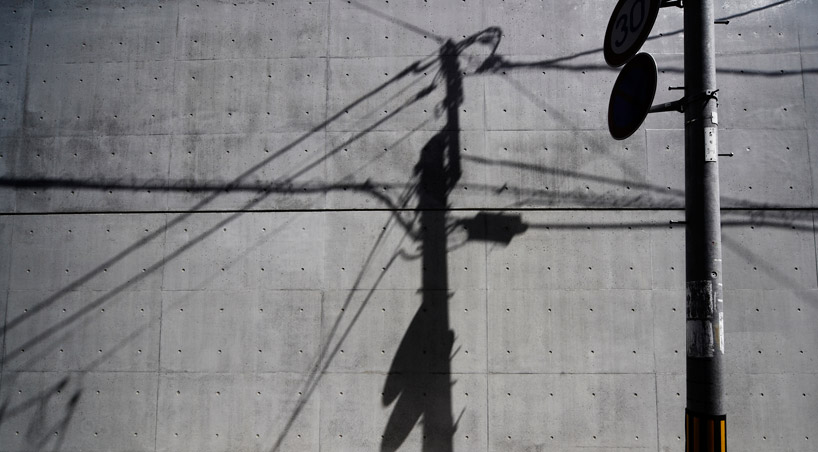 entering through the southern courtyard, the residence displays a character contrary to the closed-off expression of the exterior: floor-to-ceiling glazing which can be completely slid open provides an illuminated atmosphere for the interior on each storey. a maple tree planted in the void serves as a visual marker that responds to the outdoor elements, resulting in a private interior space that still maintains a dialogue with the site. 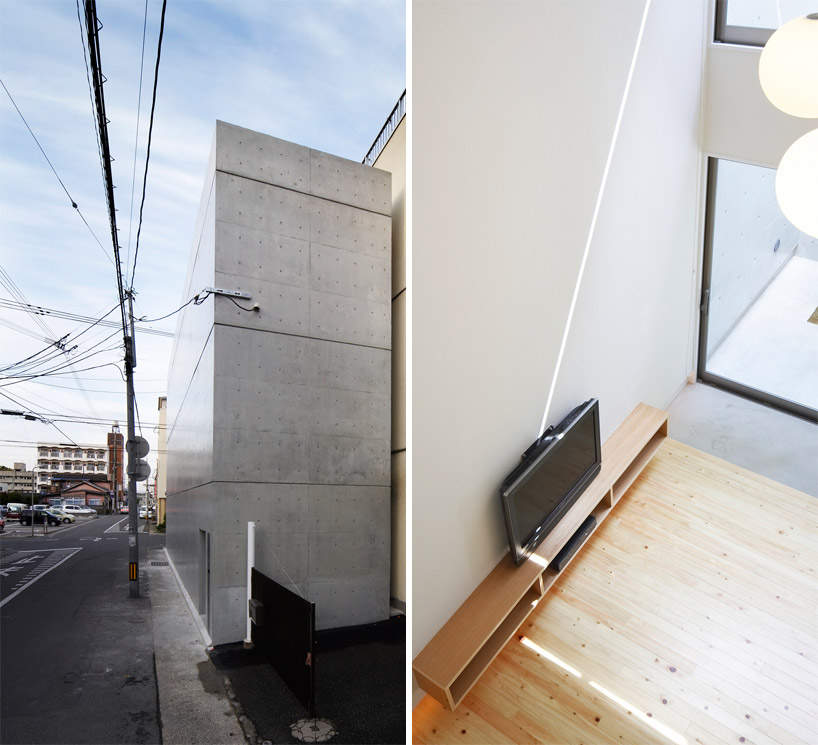 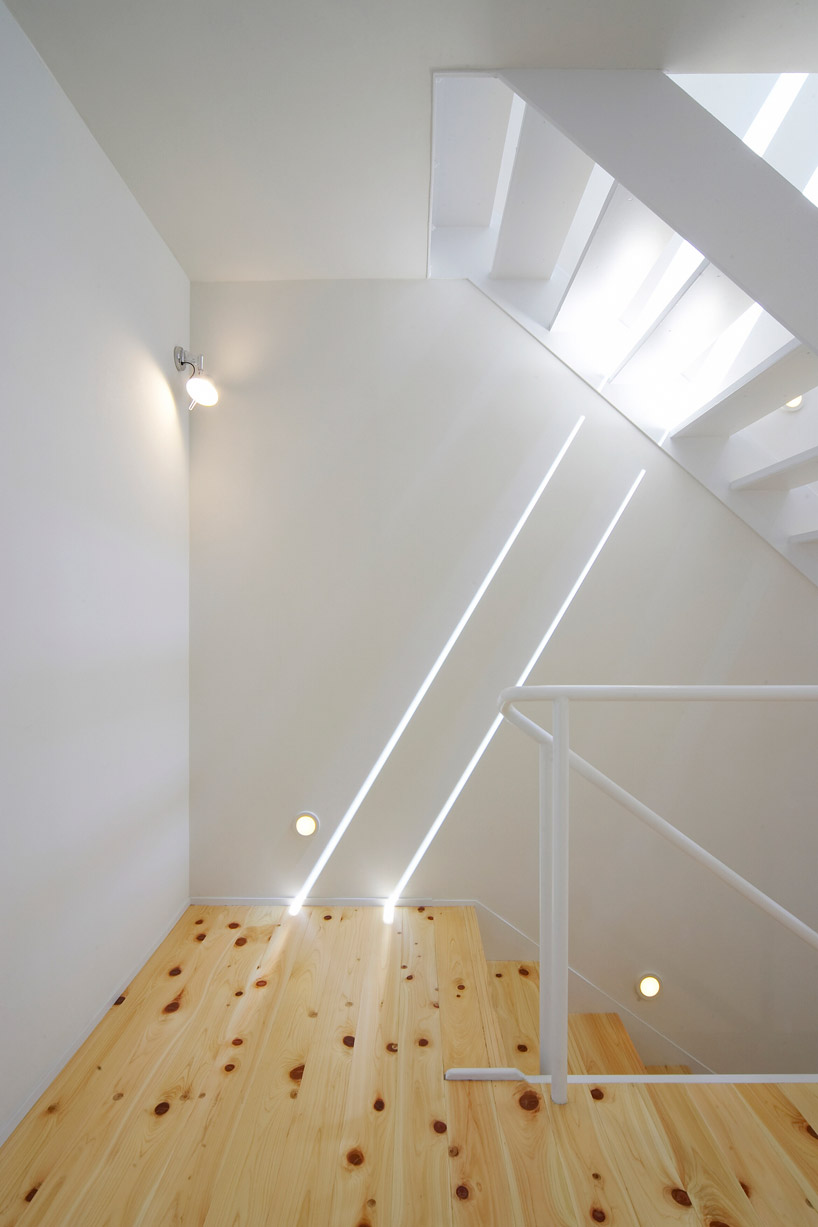 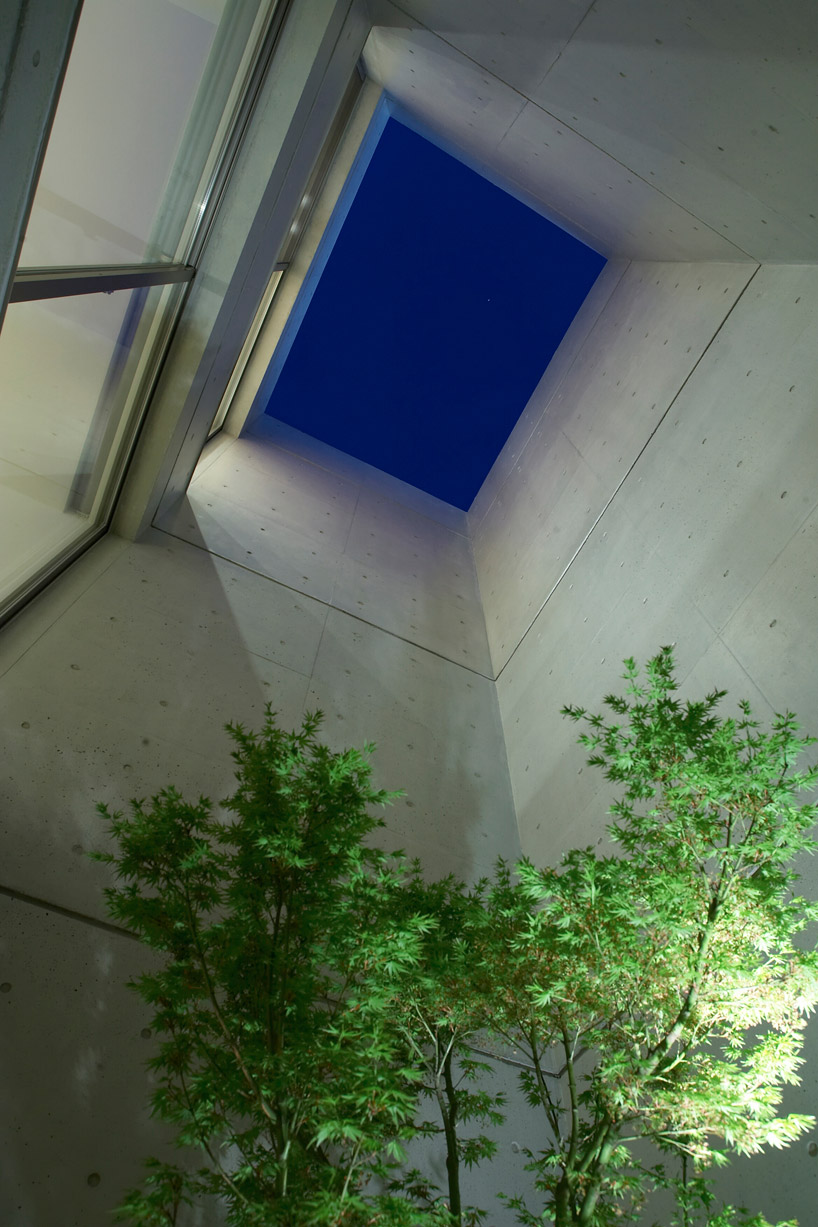 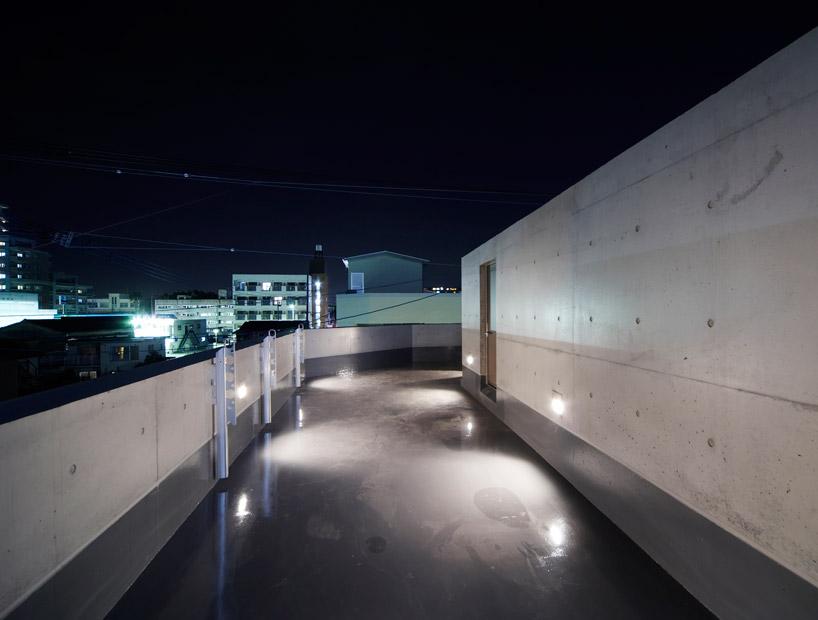 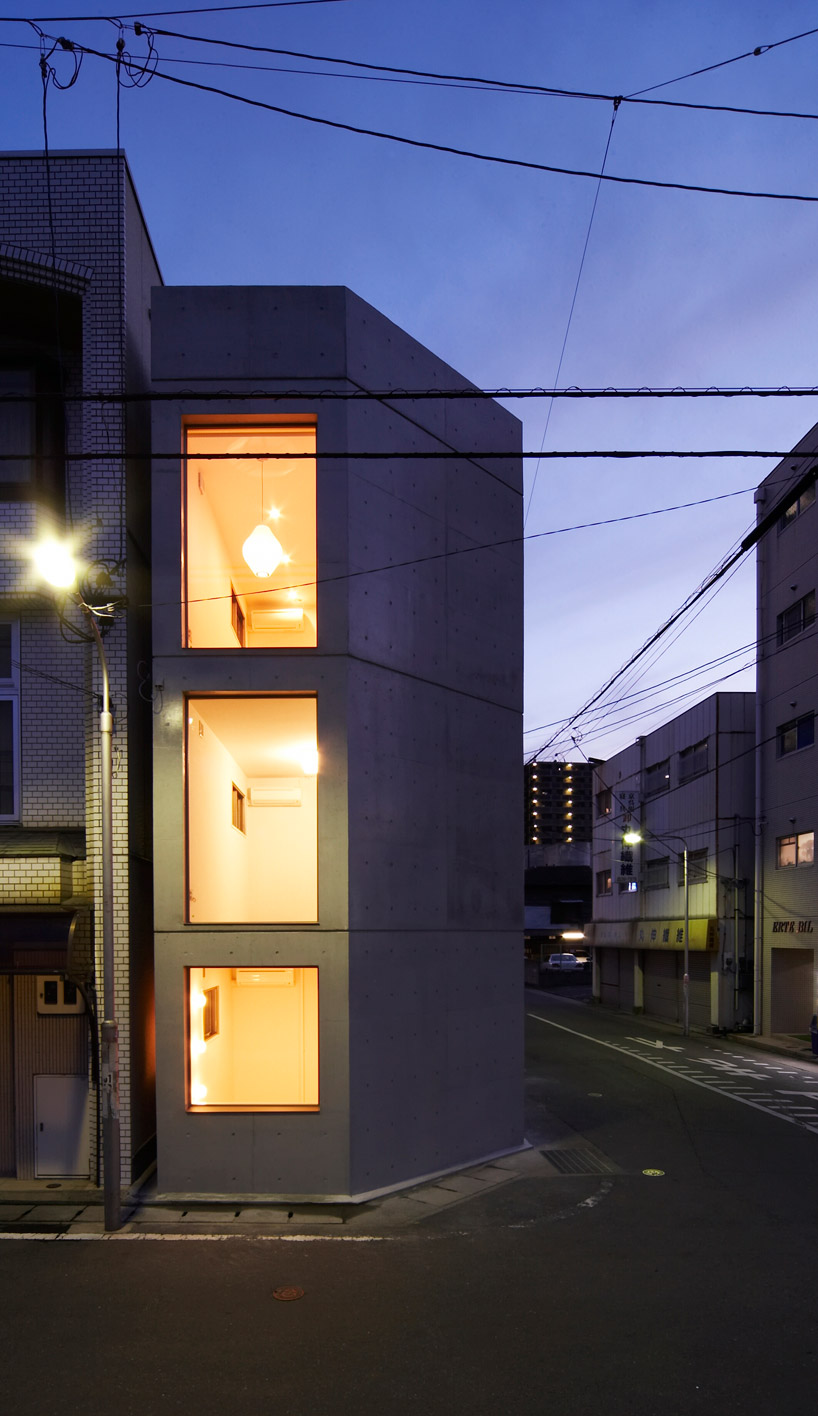