‘X11 flagship store’ designed by bloomdesign takes shape as an avant-garde retail store that sells collectible toys from across the world. settled in incity mega, a shopping mall in wenzhou, china, the space is constructed and presented through contemporary design languages, which encourages young customers to experience and rediscover traditional chinese culture.

according to X11’s concept of presenting every store in different cities with a distinct design strategy, the project is intended to create differentiated and rare experiences, to turn the new flagship store into an attractive commercial destination. the design team dug into the cultural context of wenzhou city, which has a history of more than 2,000 years, trying to figure out commercial space expressions that respond to both the local context and the current era. 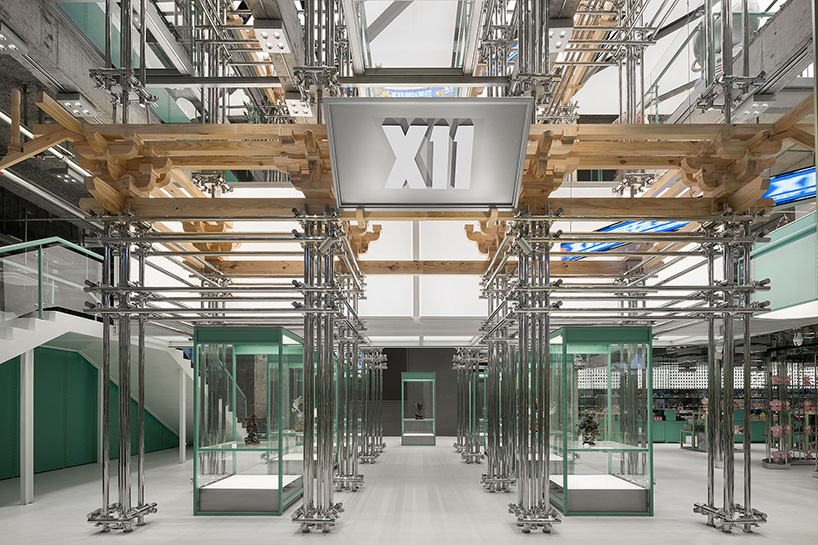 all images by lu haha

unfolding around a central installation

the design team combined mortise-and-tenon joints, a traditional chinese architectural element, with the cool, fashionable image of toy collections supplied by x11, to create a unique experiential space that incorporates china-chic aesthetics. the original space was spaning into two floors. to ensure the integrity of spatial experience, the designers removed the original floor slabs and meanwhile added a mezzanine, thereby forming a three-level circulation that provides an integrated experience.

in this triple-height open space, bloomdesign constructed an architectural installation that blends tradition and modernity based on the traditional chinese architectural philosophy that advocates harmonious coexistence between man and nature. traditional structures form the skeleton; mirrored stainless steel tubes replace traditional wooden columns; brackets are built by adopting local timber and traditional mortise-and-tenon joints. the overall spatial experience is unfolded around the central architectural installation. such collision of the traditional and modern shows contemporary expressions of china chic, creates dramatic visual effects, and evokes spiritual resonance with customers. concrete columns and beams exposed after demolition work are preserved, to reveal the original building structure and a unique, pure structural aesthetic. meanwhile, large areas of glass are brought in to form corridors and partitions, not only enhancing daylighting and blurring spatial boundary but also generating a more expansive, open spatial atmosphere.

the transparent glass bridges and the suspended platform reached by two-way staircases greatly enhance customers’ experience. customers are guided to stroll in the architectural installation and capture its structural aesthetics from different angles. the final composition stimulates them to interact with the space, explore it and have fun.

the design team redesigned common factory-style shelves, and organized commodities display in a way like a museum exhibition. this not only ensures unity and integrity of visual effects while also reducing the manufacturing costs. such dailiness and inclusiveness bring people closer and offer a refreshing experience. X11 flagship store opens a new window that reveals the fusion between traditional chinese culture and modern toy culture. it brings more possibilities to china chic and a return to traditional culture. 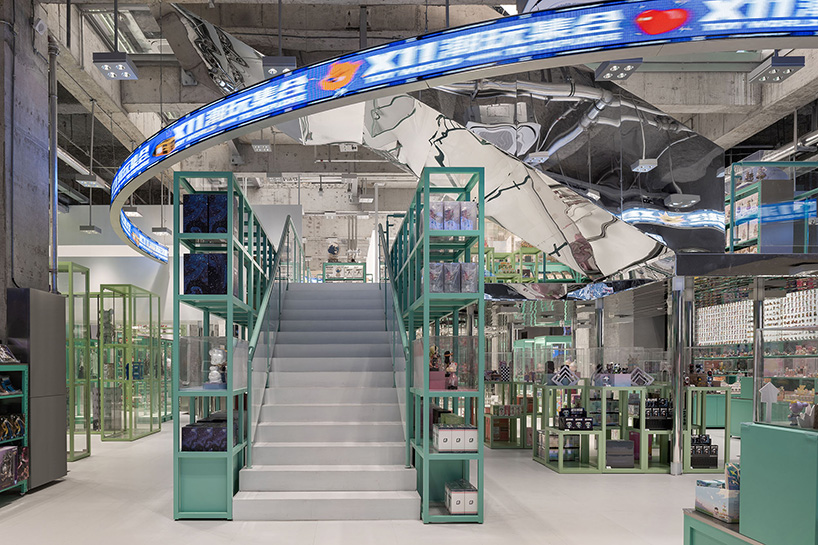 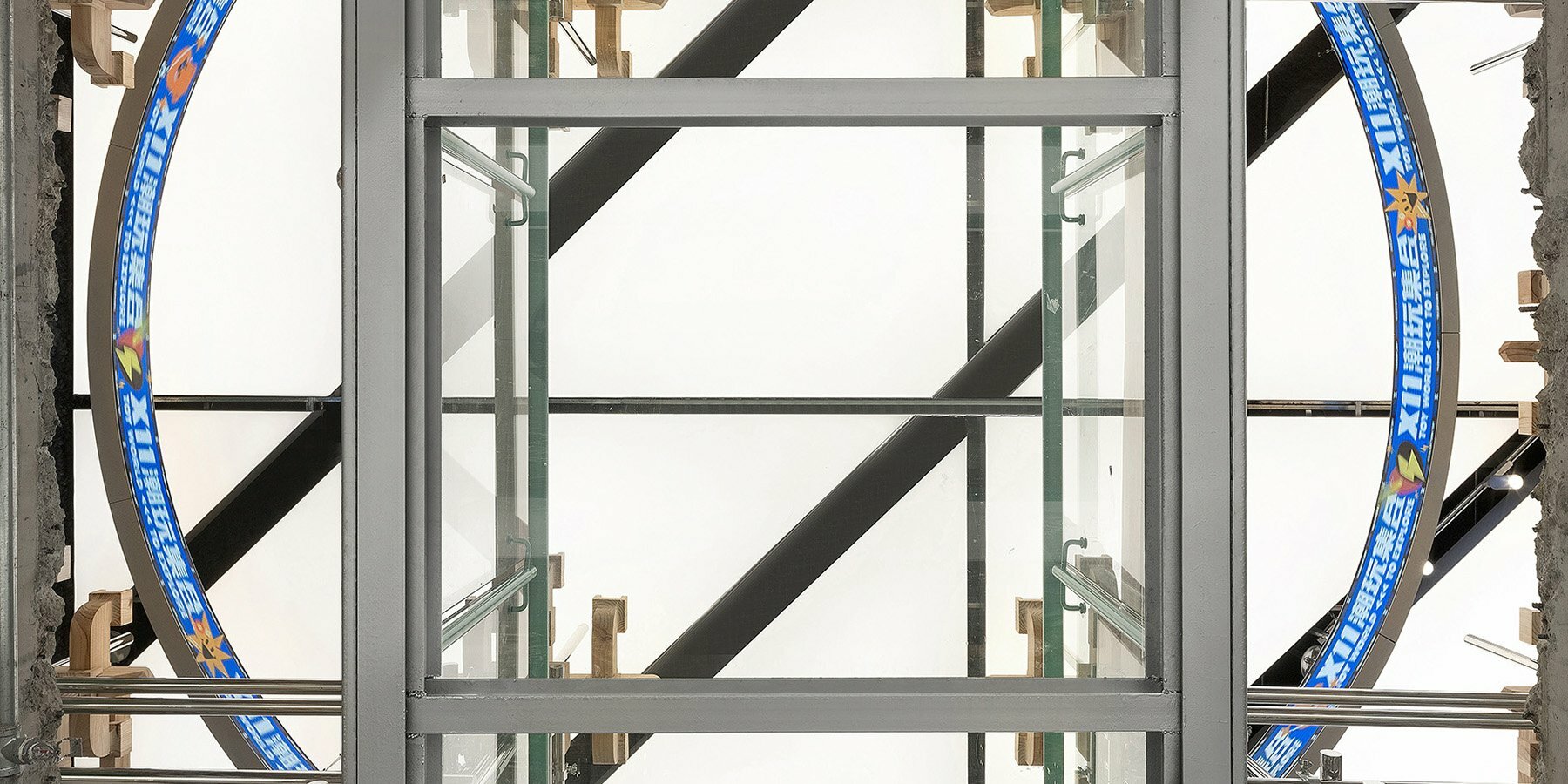 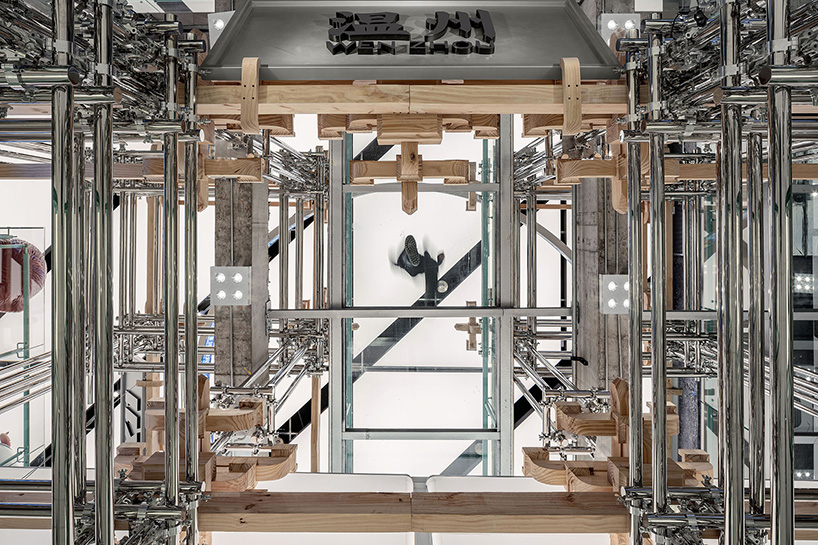 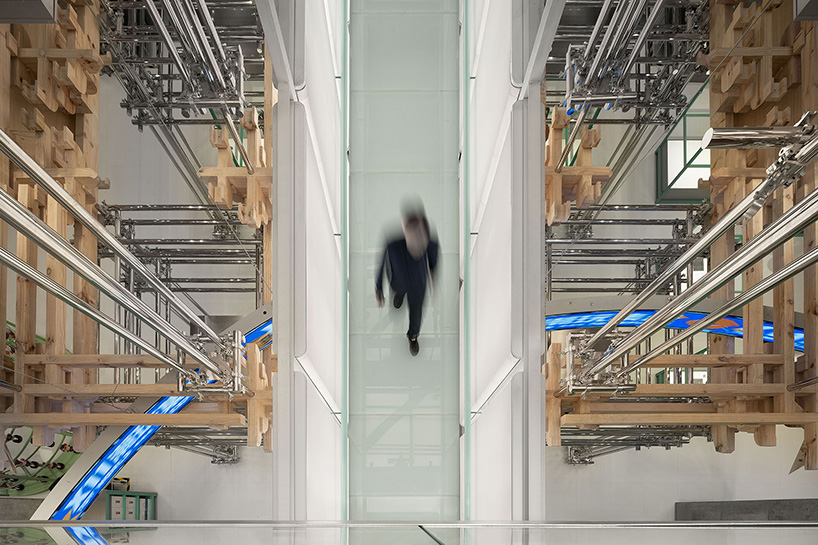 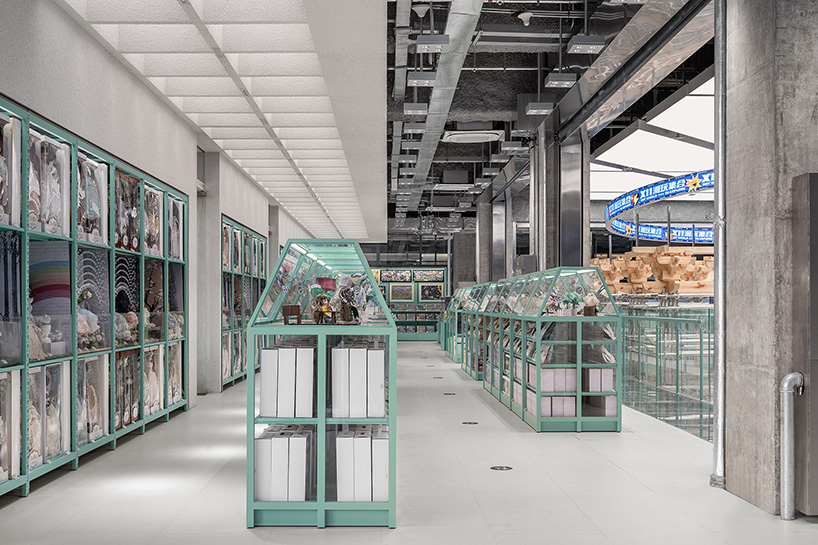 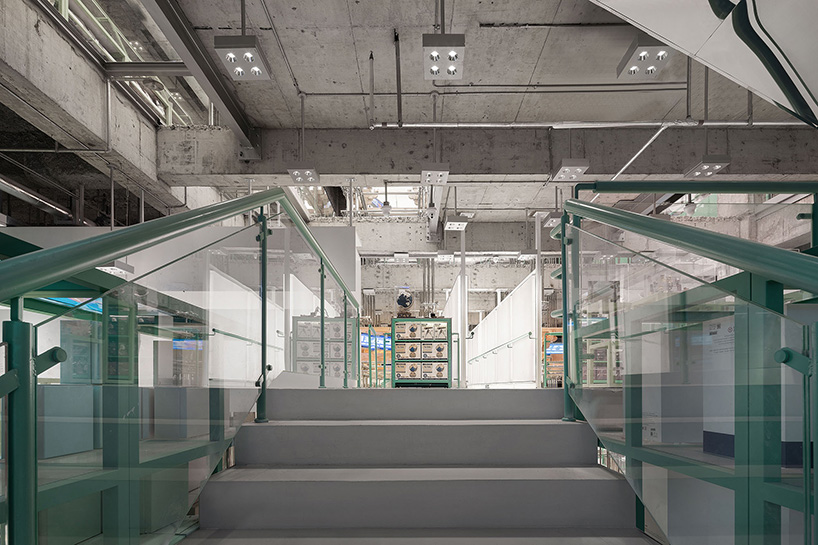 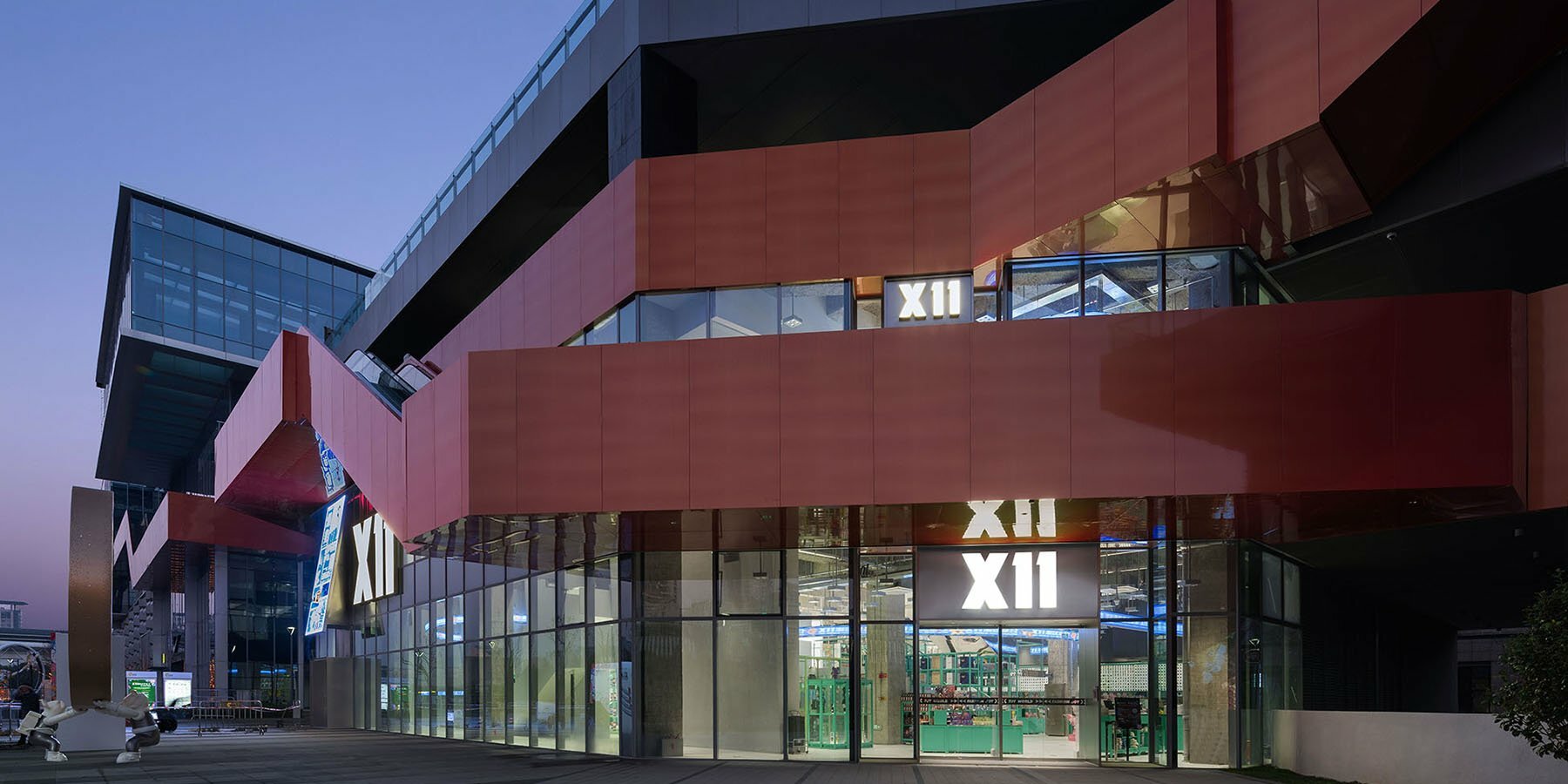 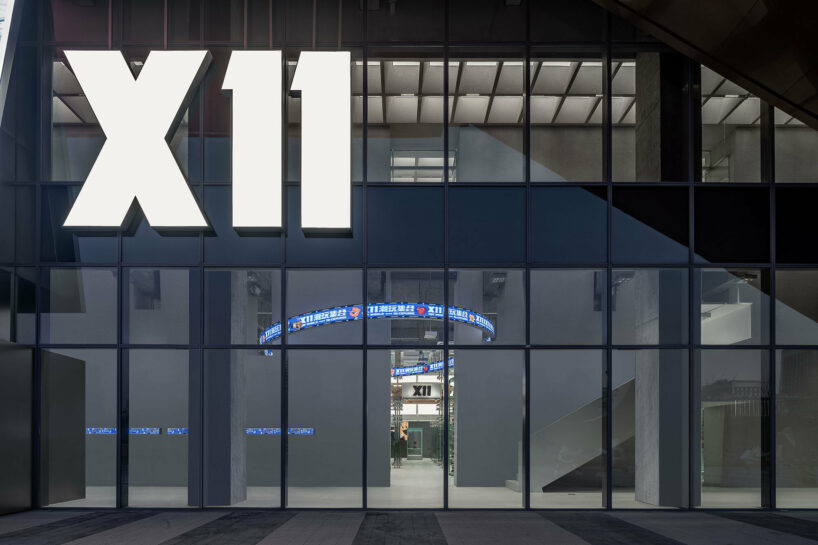 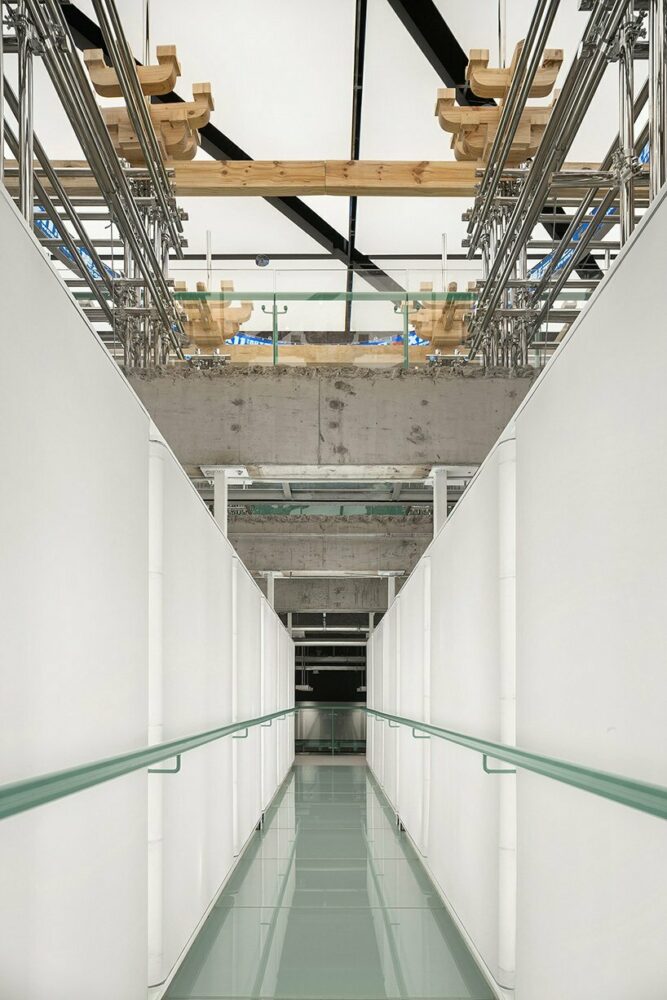 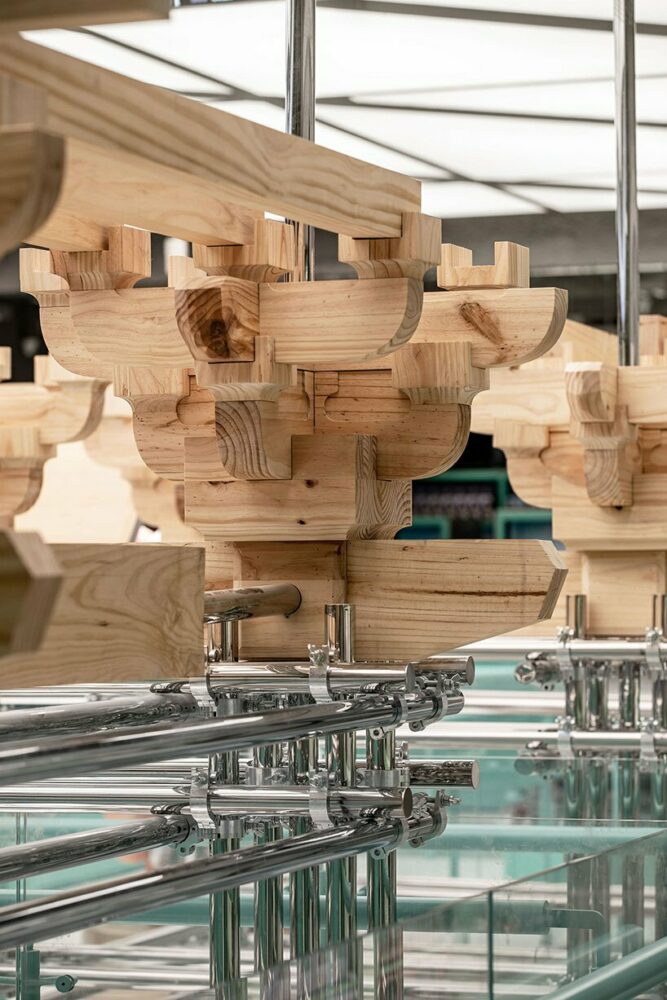 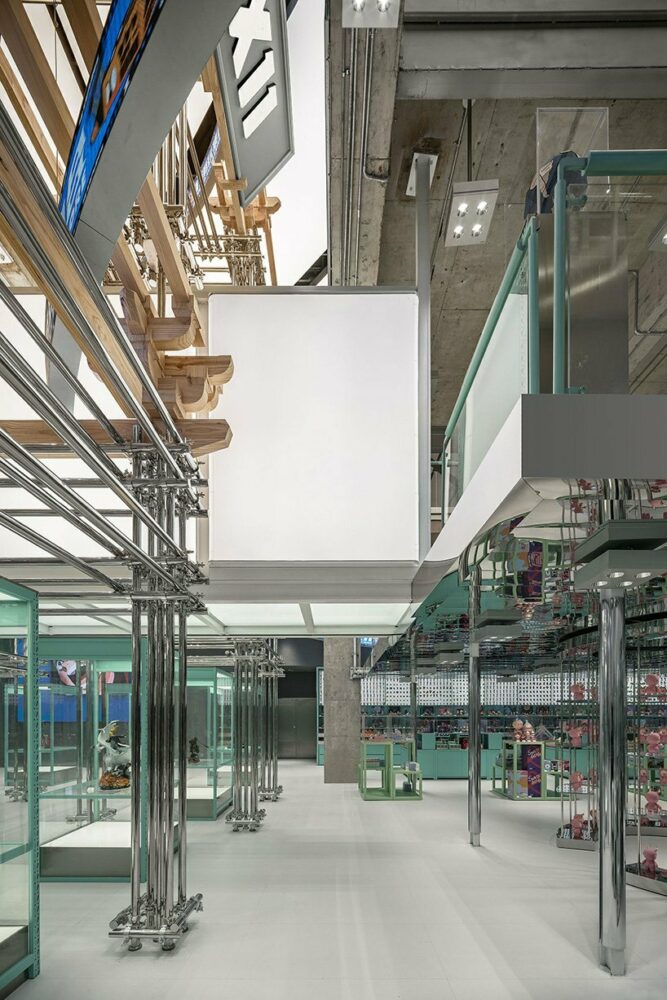 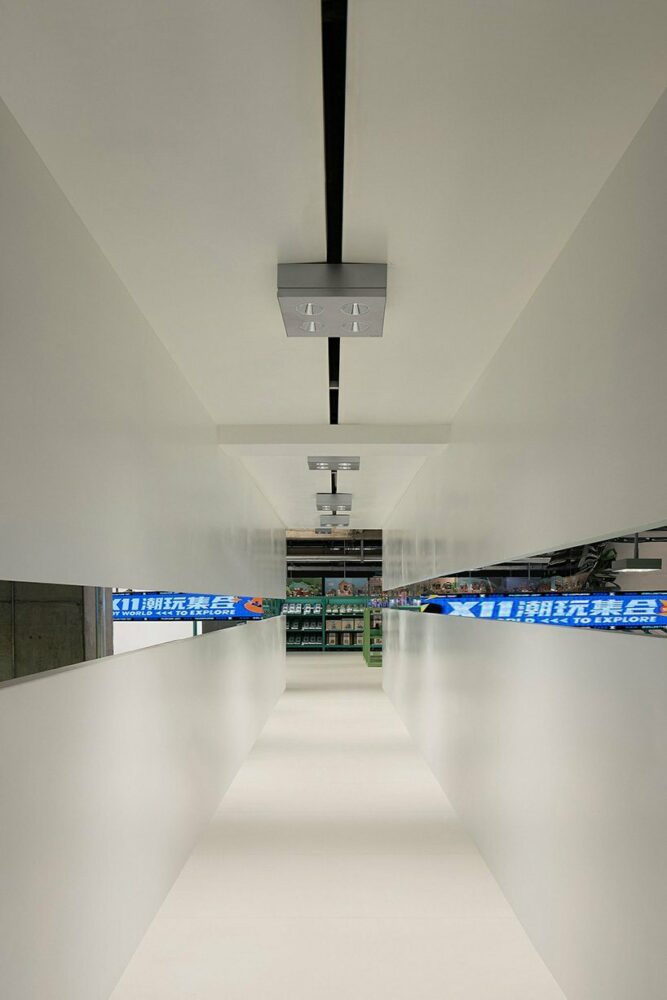 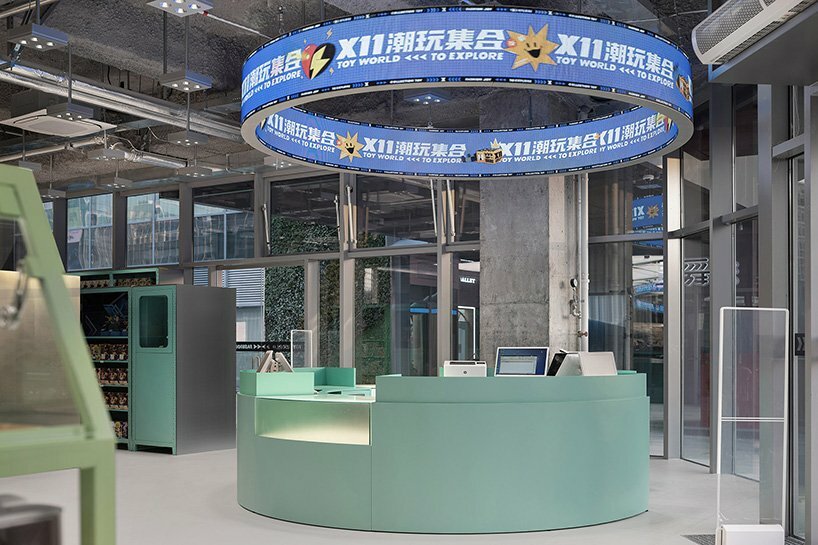 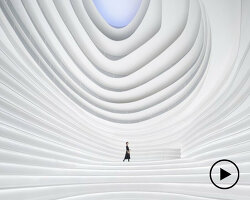 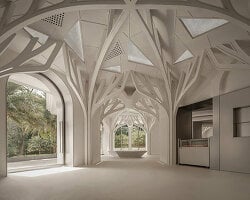 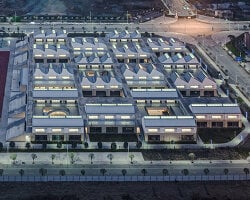 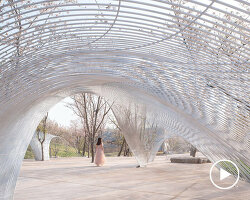 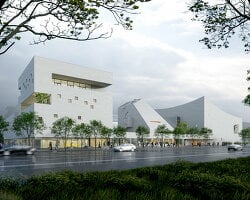 May 09, 2022
OPEN's shanfeng academy building will take shape as a cluster of carved volumes in suzhou

May 26, 2022
designboom and volkswagen kick off summer in new york with an off-grid 'getaway'
heading to a tiny 'getaway' cabin, we embarked in a 2022 VW atlas from brownstone brooklyn to the fairytale woods upstate.
architecture
91 shares
connections: +5590