nagoya-based studio stands architects (hiroshi yokozeki, yuji shimiz, kyoko ikuta) has sent us images of ‘house o’, a private residence for a couple in a residential neighbourhood of mie, japan. given the husband’s love for mini coopers, the garage serves as a transparent stage for the automobiles while the layout mimics the energy and motion of the road by spiralling up to a loft level in one gesture. 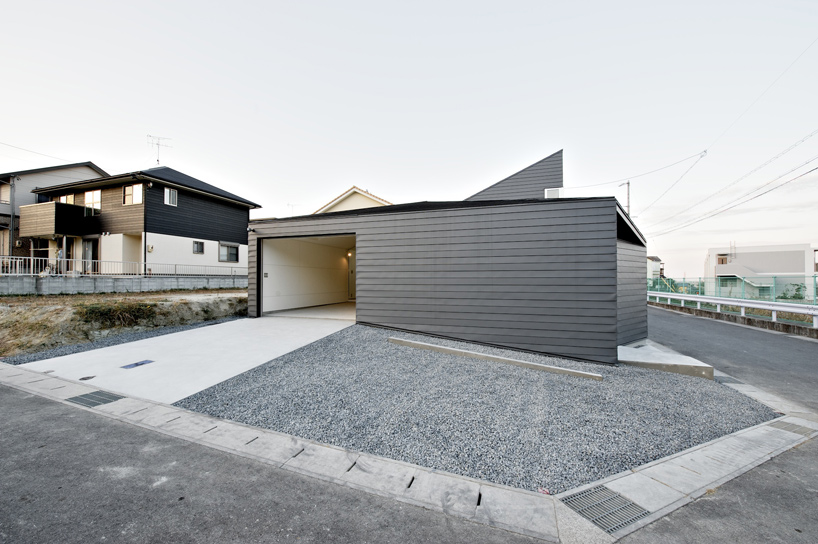 wrapped in a grey metallic skin with minimal visual openings to the interior, the low-lying dwelling achieves a bold aesthetic identity through a subtle gradient in the pitched roof which swivels around and opens up to the north. the sheltered car park serves as a physical extension of the road, drawing in visual focus through a contrasting stark-white finish. a glass partition draws a thin line between the indoor-outdoor boundary, allowing the parked automobiles to be on view from within the house. 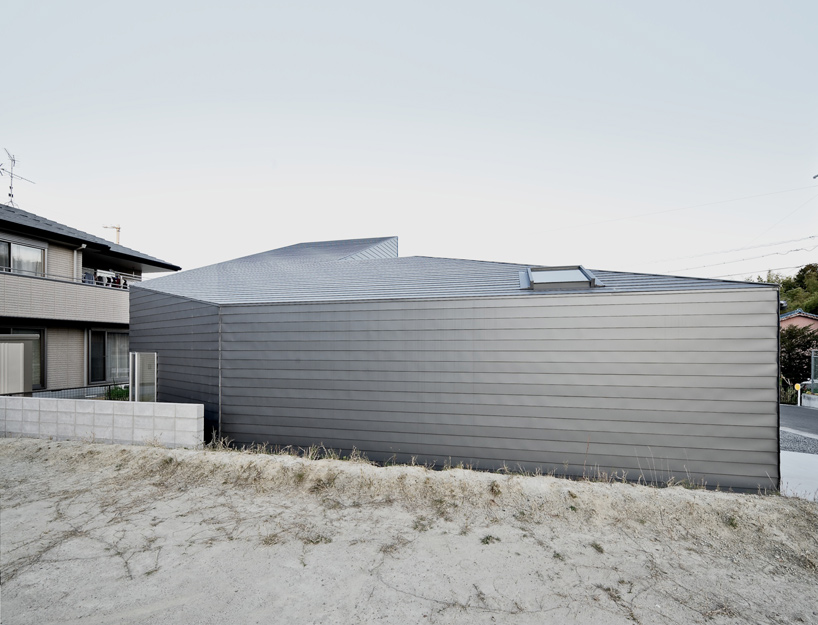 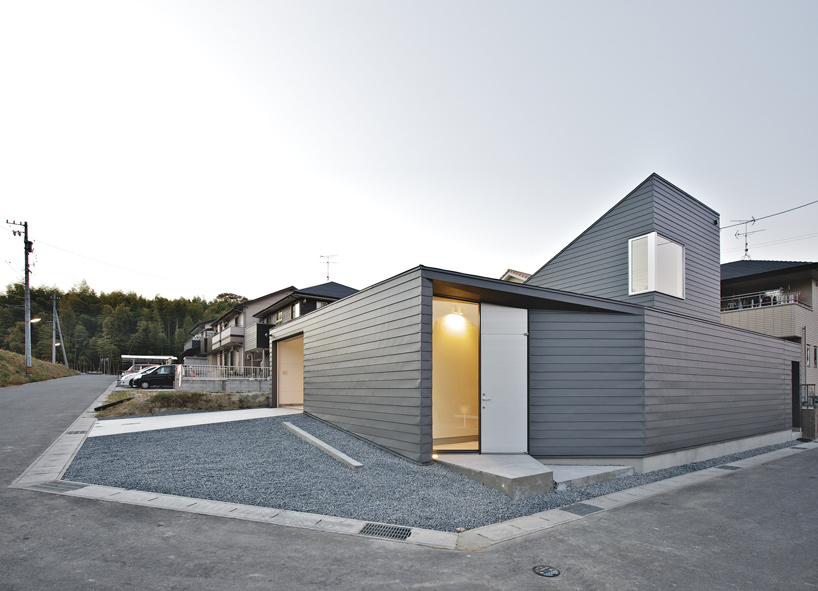 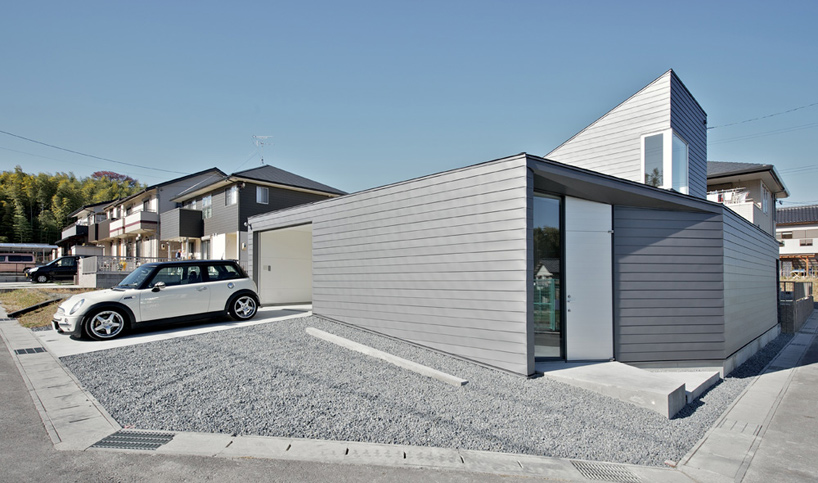 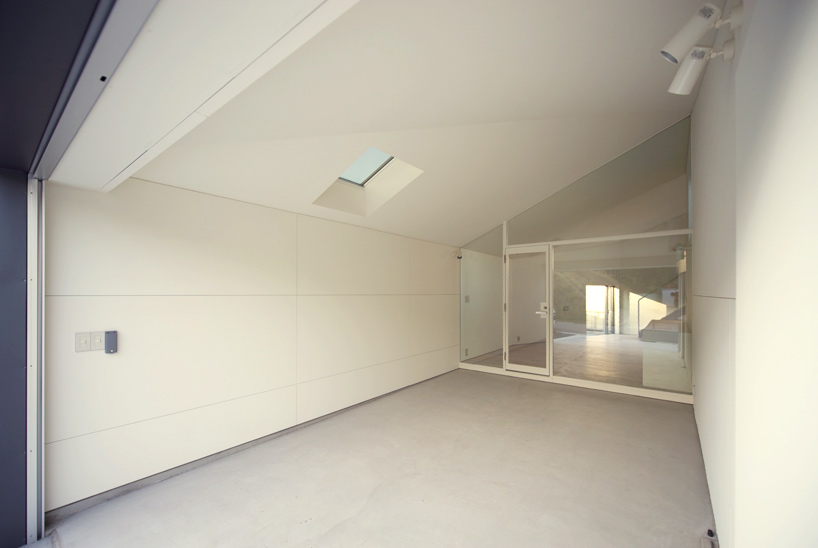 pivoting around a central courtyard, the layout is organized in a spiral with varying degrees of privacy throughout. from the entrance, programs such as the bedroom and bathroom are nestled in behind the courtyard, while the kitchen and living area open up around the garage. corners of the rectangular layout is shaved off to further establish a sense of motion in the circulation. a small loft area over the kitchen serves as a multi-functional platform with a view. 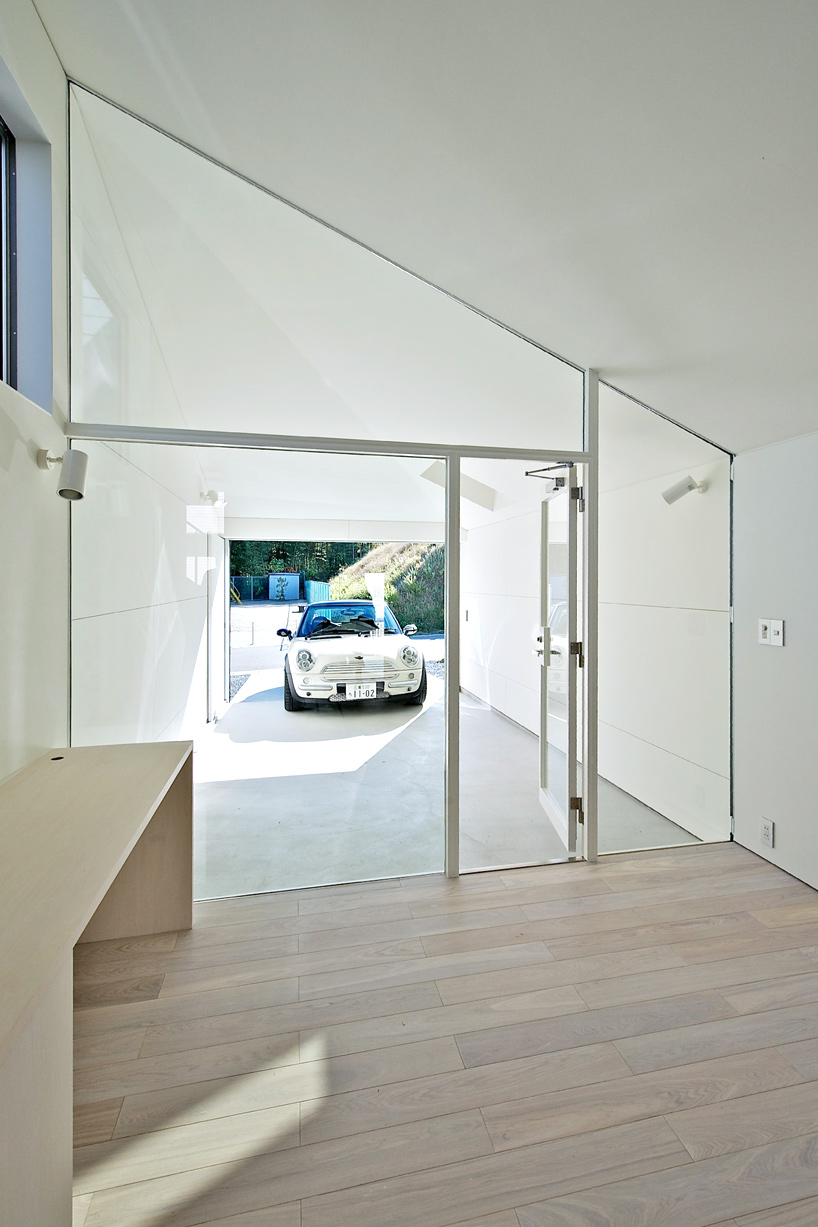 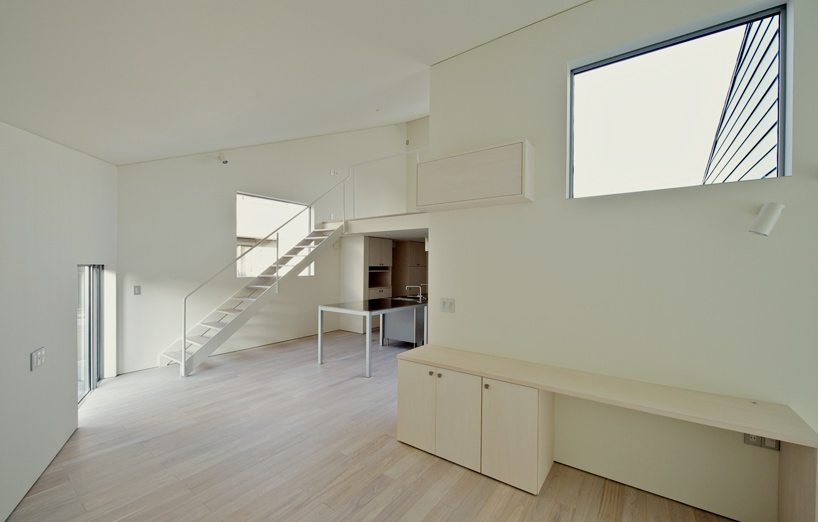 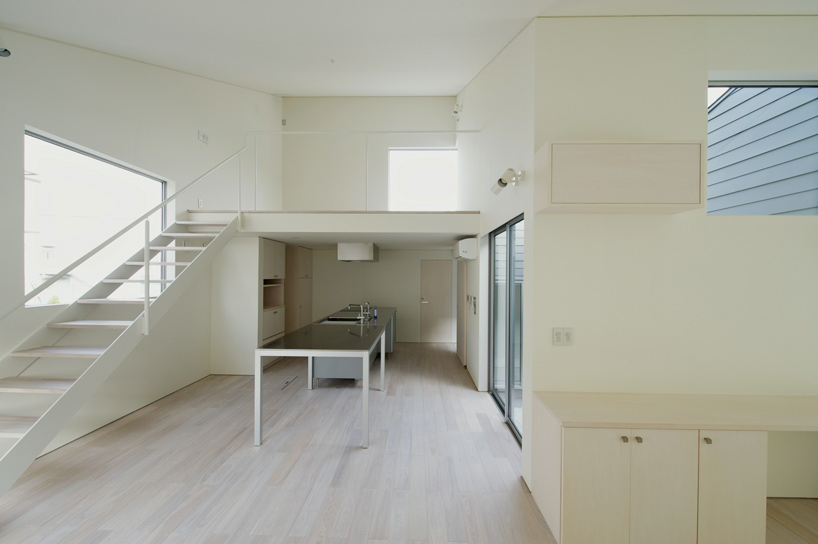 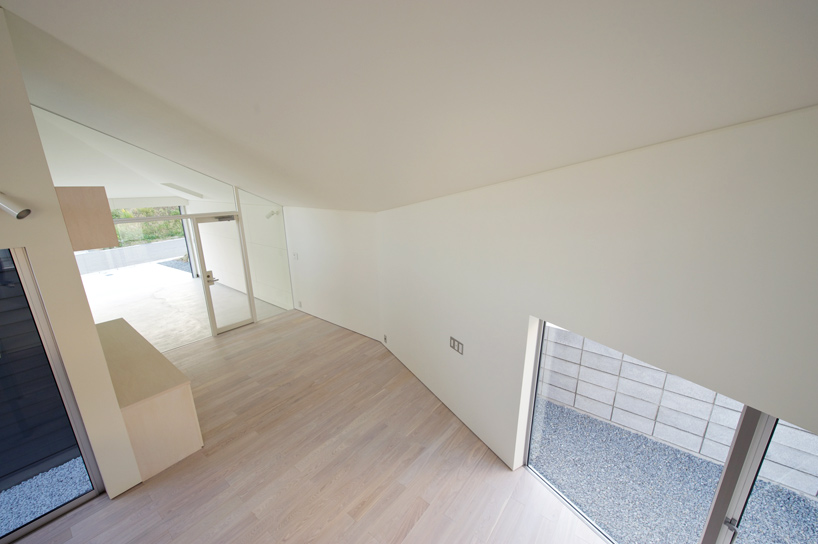 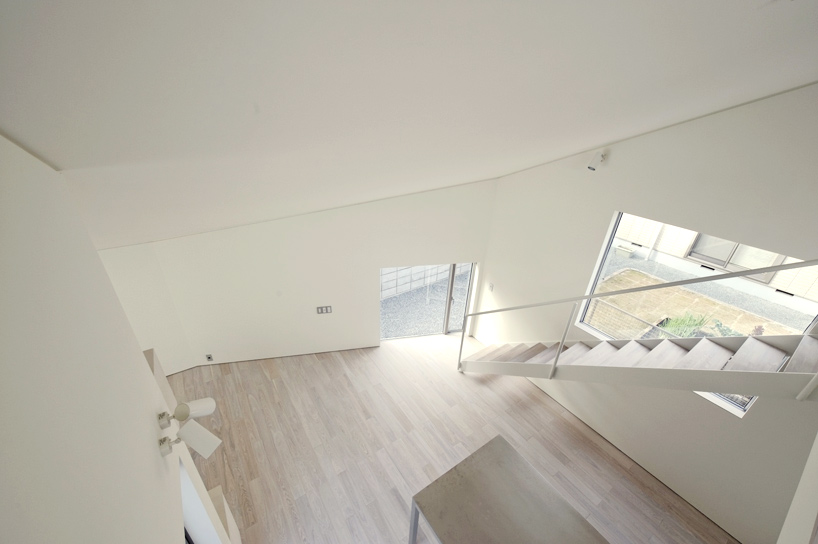 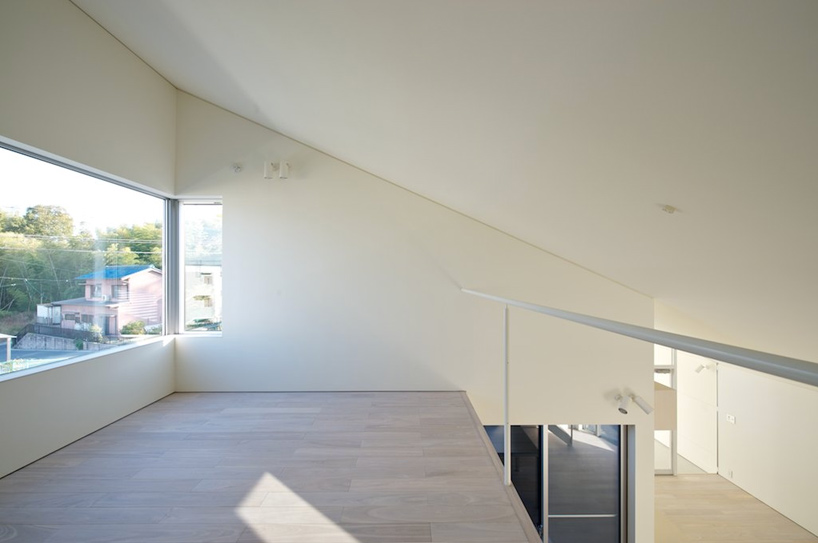 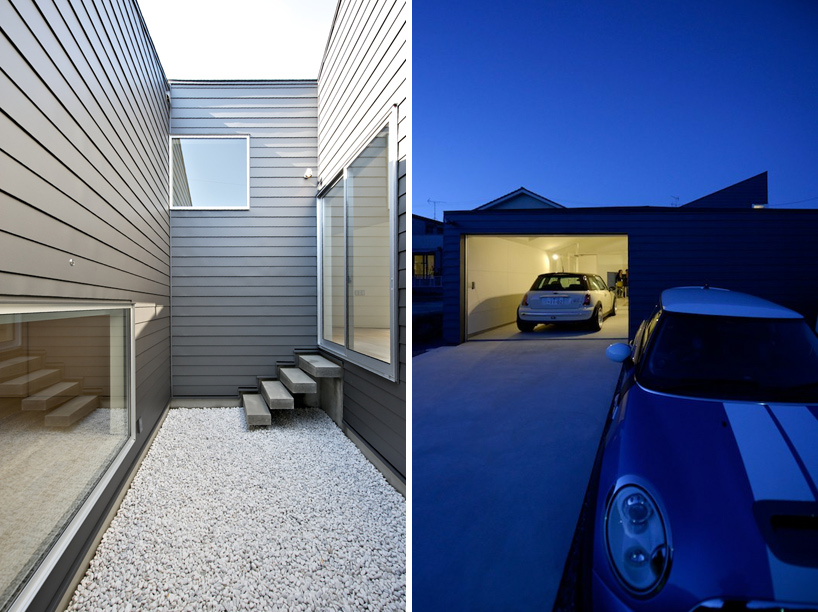