located in the coastal city of changle in china’s fujian province, a recently completed office building has been modeled to resemble the recognizable starship enterprise. commissioned by chinese technology executive and ultimate trekkie lui deijian, the building forms the headquarters of game developers netdragon. the 260 meter length office structure took four years to construct, with american TV station CBS sanctioning the rights for the chinese company to model their office after the USS enterprise ncc-1701-e. fully captured by drone, this architectural homage to the popular sci-fi franchise is officially the only licensed star trek building in the world.

a drone shows the netdragon headquarters
video by hactron 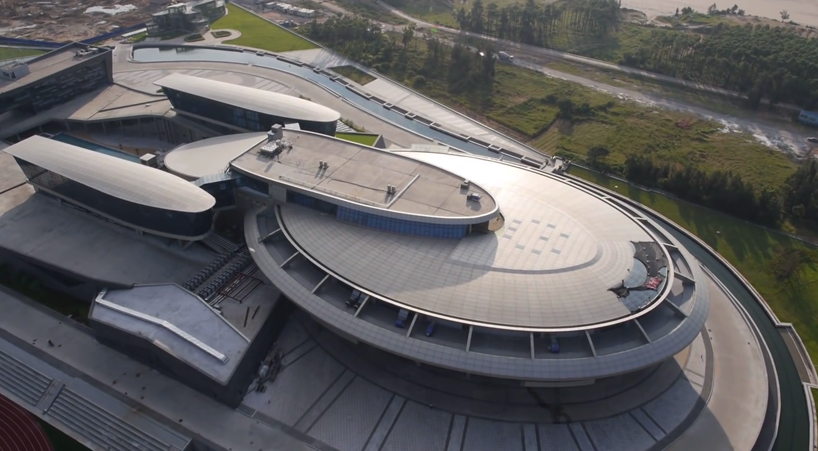 netdragon is a game developing company 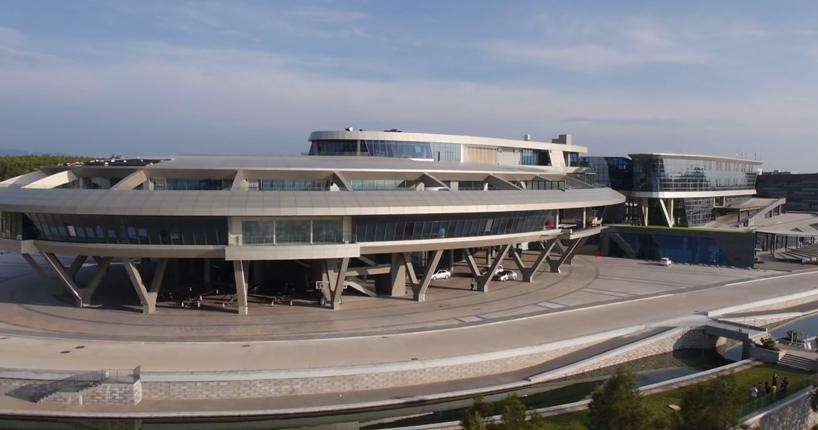 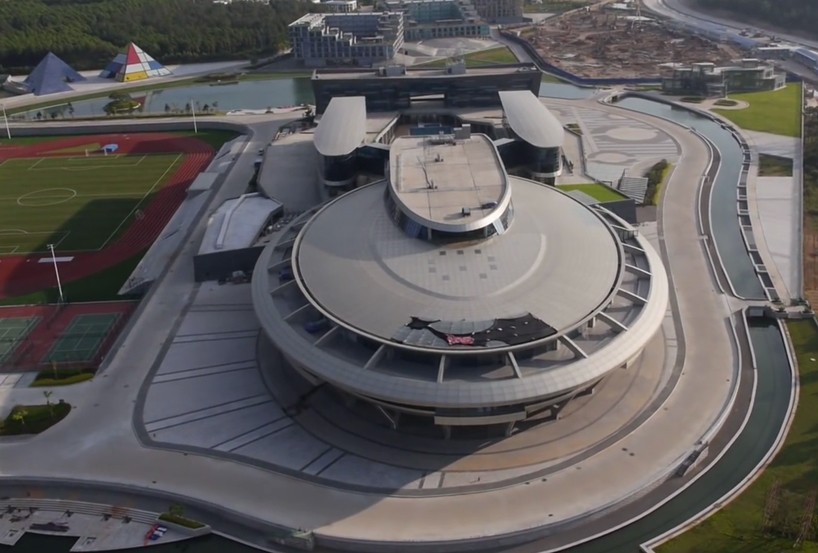 the form is completely influenced from the USS enterprise 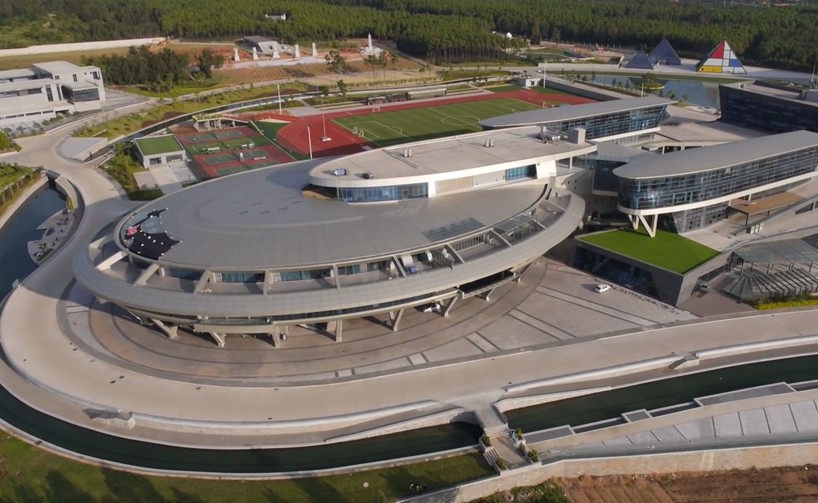 the construction cost 600 million yuan in total to construct