japanese architects starpilots (takenori miura, kaori hirayama) has shared with us images of ‘swimmy house’, a three-storey private residence in the heart of tokyo, japan. working with the original structure of the house, the design organizes its internal programs and rooms as a collection of individual trapezoidal volumes, resulting in a layout devoid of corridors or specific circulation space. 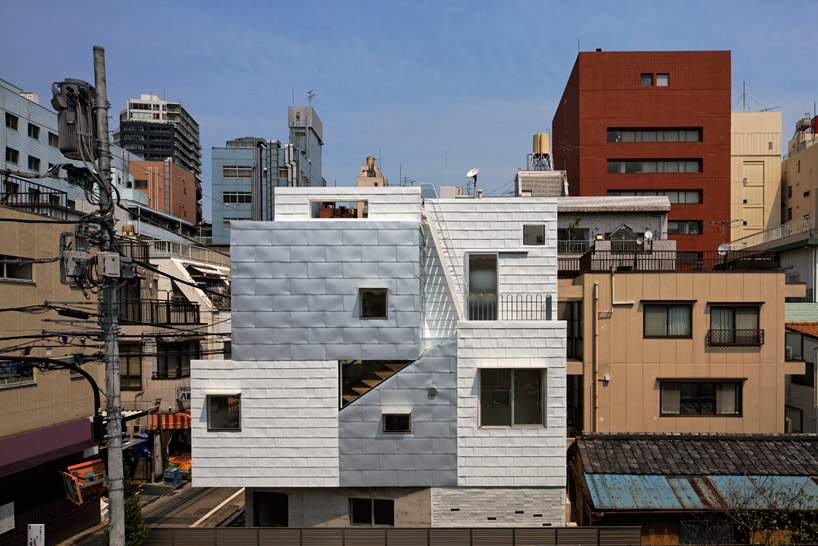 situated along a busy street in a dense neighbourhood of the city, the design mimics the scale of the adjacent condo structures, aiming to formally integrate itself into the urban fabric of the site. the individual box forms are highlighted through different exterior finishes of reflective-silver and matte-white cladding. the result is a playful aesthetic that lends a distinct identity to the residence within the urban context. 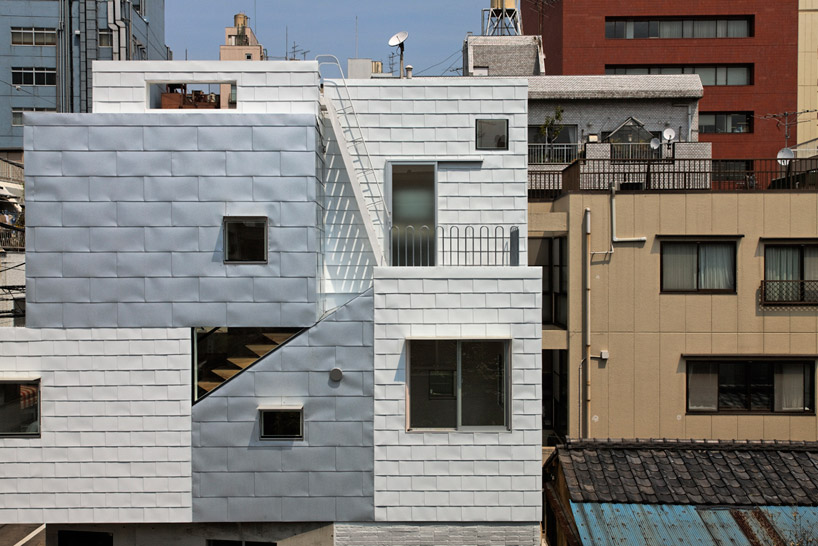 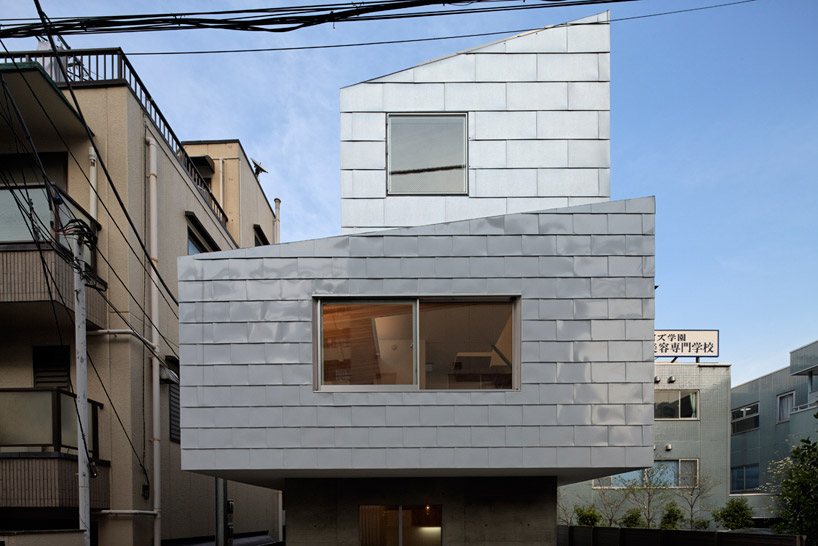 the interior benefits from a number of unconventional light apertures, generated by the ‘stacking’ of the trapezoidal volumes: a slice of glazing acts as a clerestory in the living room between the slanted ceiling line and the storey above; the stairs are lit by a triangular window nestled at the junction of three separate volumes. by offsetting each room at different levels, the interior space moves forward seamlessly with no defining hallways or corridors. 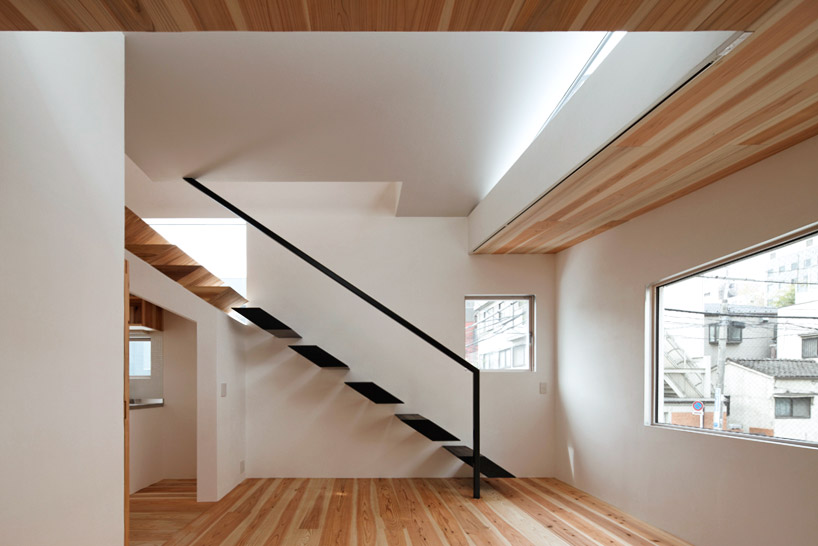 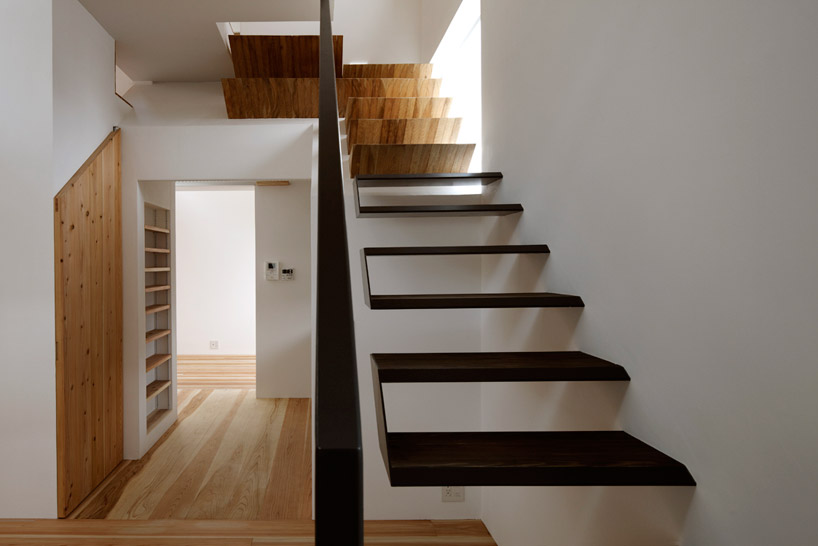 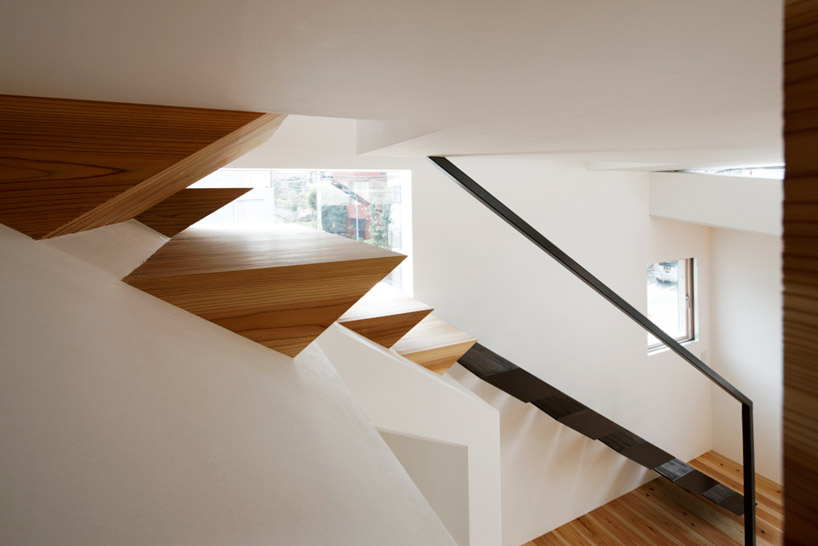 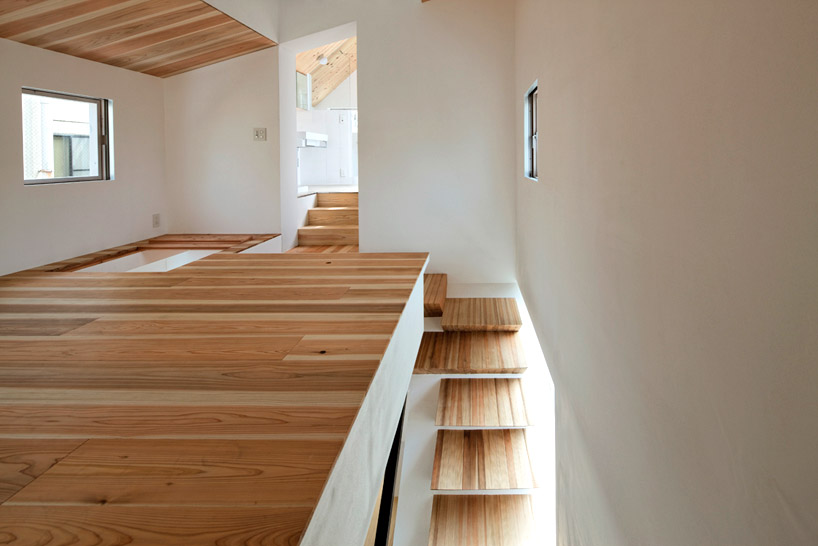 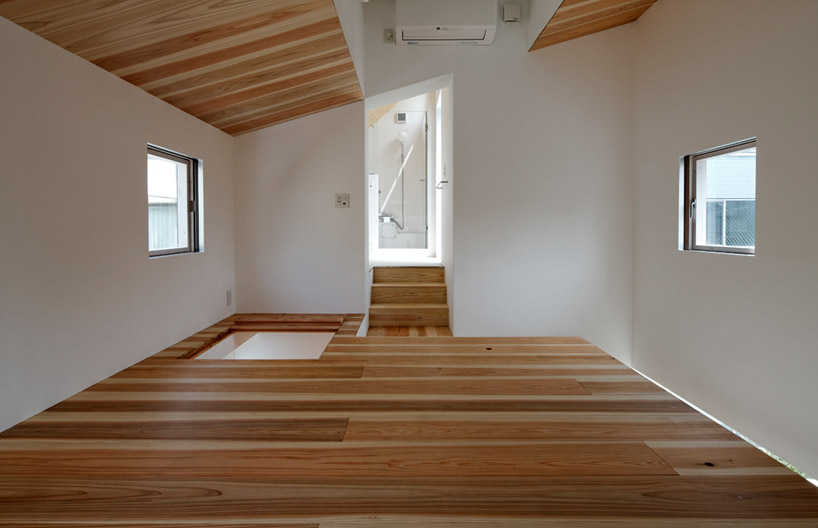 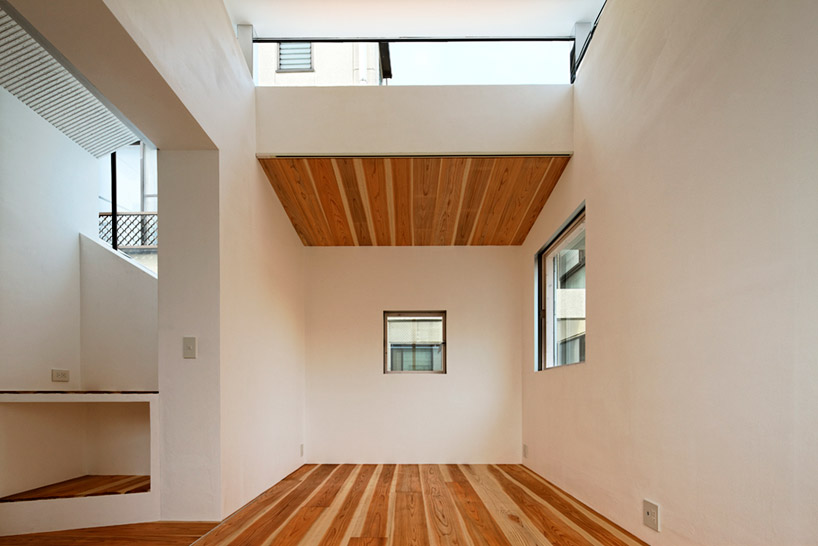 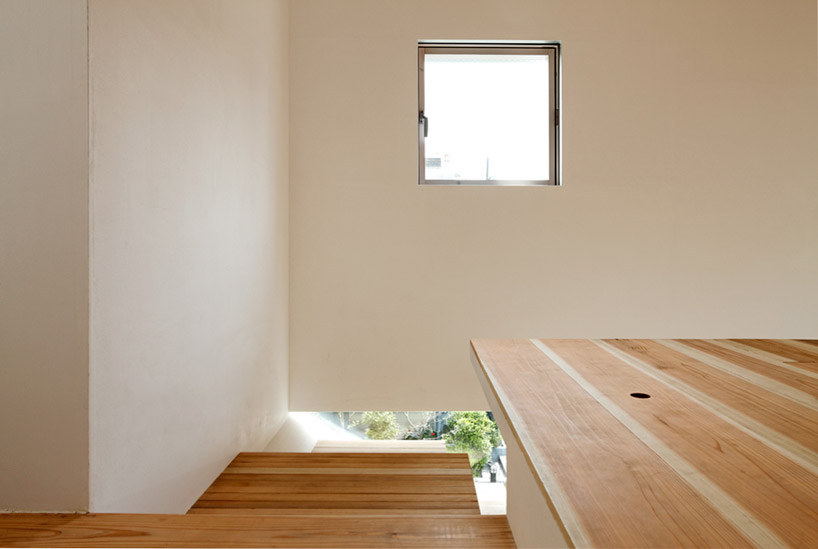 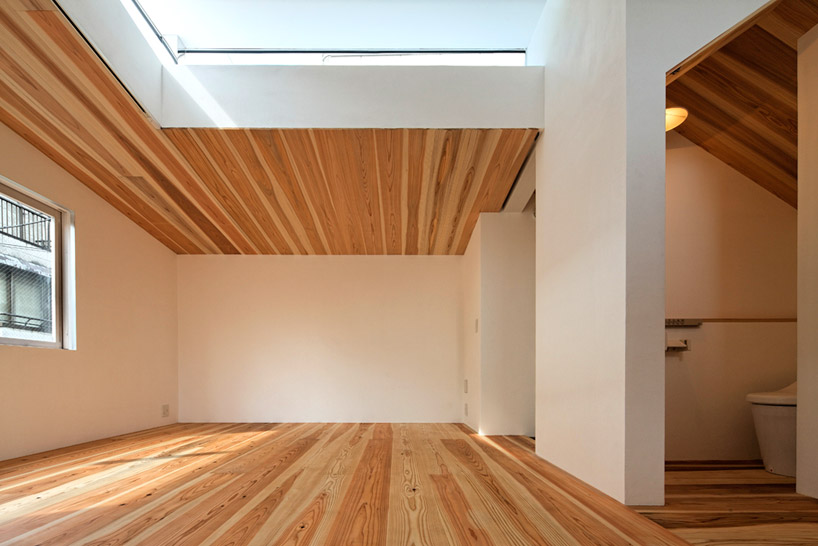 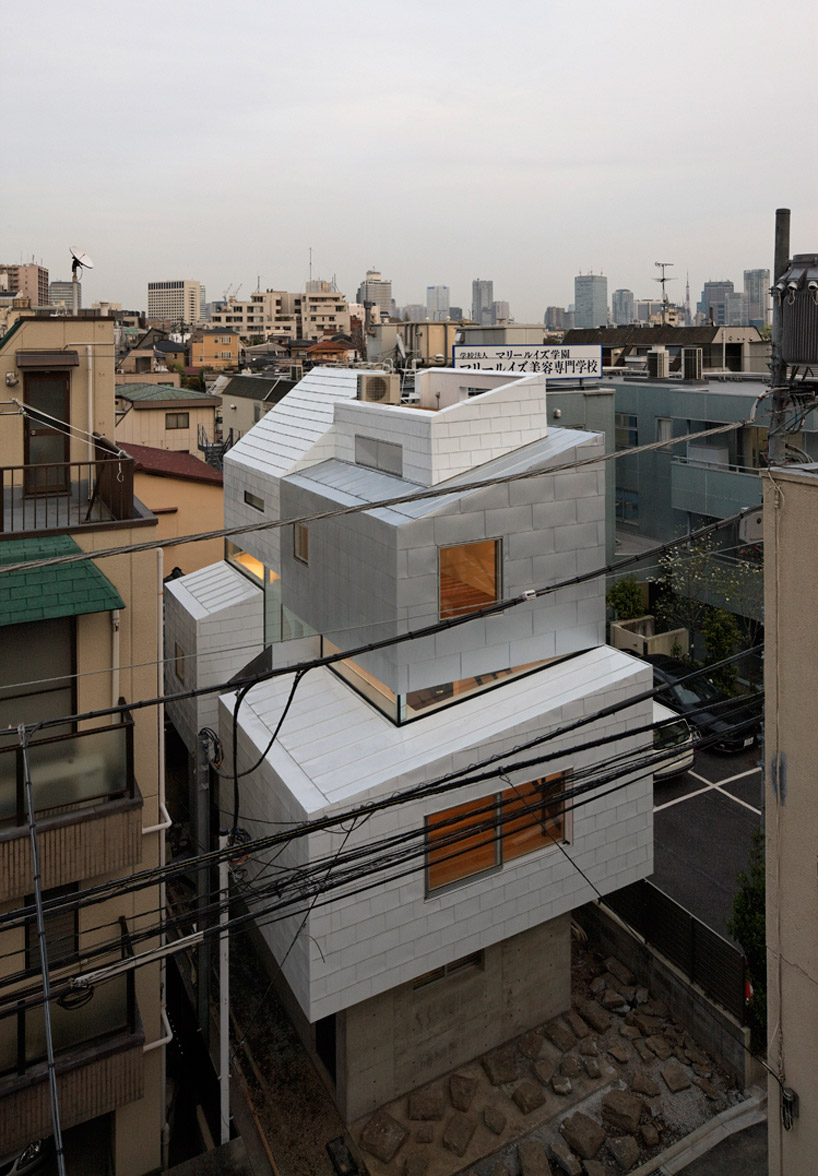 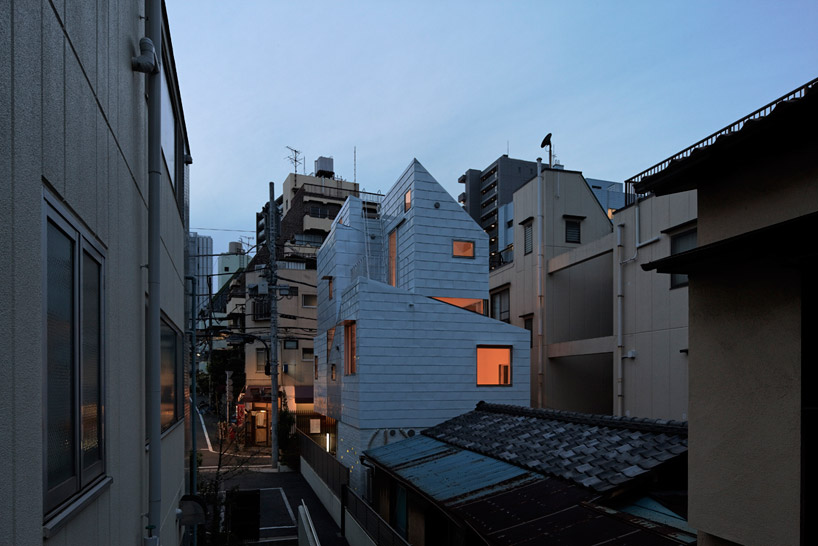