italian stefano boeri architects has won a prize for a housing development scheme in astana, kazahkistan. the international competition organized by the astana department of architecture and urban planning called for the design of a contemporary residential neighborhood with affordable housing and services to restructure a run down area next to the city center. 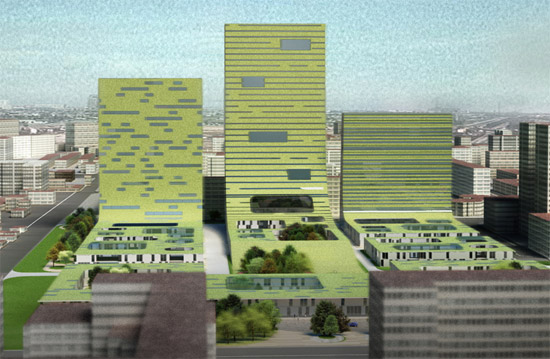 designed as a contemporary living landmark, solid waves is a system that combines residence, green public spaces with commercial and public infrastructure. its unique and strong presence is a declaration for the sustainable future of the contemporary city; a place that promotes social gathering and endorses the need for collective green space. 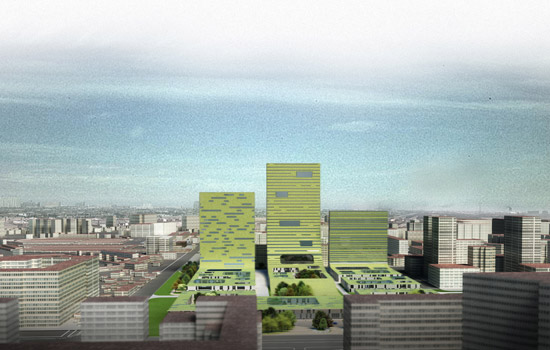 solid waves generates a residential urban park; living, green and service spaces combined into a single neighborhood where programs and nature live off each to create a new model for a symbiotic urban organism. the project also operates on a multiplicity of scales. while the towers are visible from a distance and take advantage, in terms of the views, of the position of the complex within the city, a system of courts provides protected spaces that shelter inhabitants from the harsh weather elements while maintaining a close relation to the open. 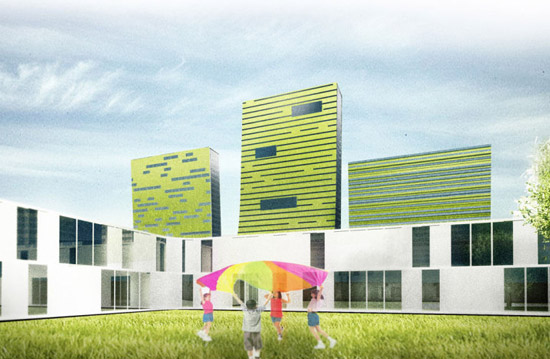 formally, ‘solid waves’ is dense project articulated as a continuous excavated horizontal platform that rises towards the sky; a movement of the ground that results in an emergence within the territory. under its green covering, programs are placed in accordance to their degree of public or private character. towards the exterior of the site, and particularly towards the north and south, commercial programs take advantage of the larger, more public nature of the streets. the position of the towers towards the north of the site permits optimum lighting for the tower units and avoids casting a shadow onto the low rise residences. 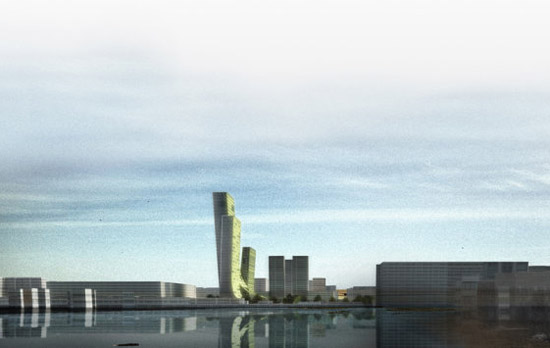 ‘solid waves’ from a distance

Jul 10, 2020
watch stefano boeri and sou fujimoto in discussion at 'architects, not architecture'