camouflaged among the trees sits the marysville house, an all-timber constructed dwelling which replaced a three-bedroom holiday home that was destroyed in a forest fire back in 2009. the proposal went through a tedious stage of development where the architects wanted to create a scheme that would accommodate the recreational needs for the family of four. 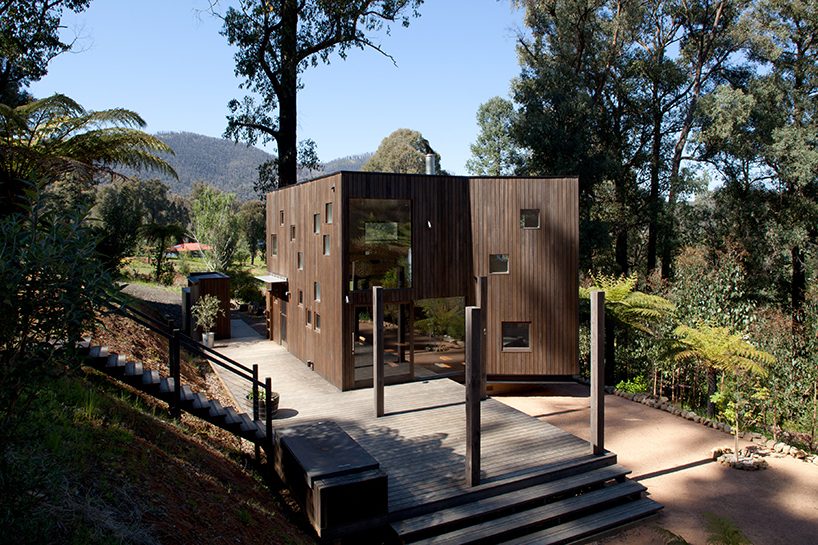 the resulting structure, completed by steffen welsch architects and designed in conjunction with terminus studio sees the home as an enlarged studio. the open plan space composed of a single communal room, utilities and a mezzanine, which serves as a sleeping platform. square openings punctuate the façade at random to provide light and views, while a large glass façade leads seamless onto a deck made from the same material as the exterior envelope. 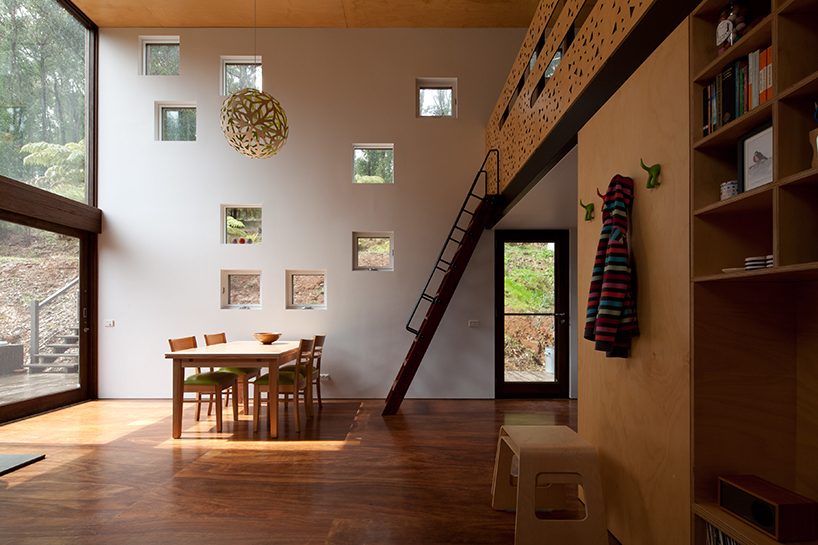 the design was influenced by mountain lodges there for it appears to effortlessly blends into its forest context.

‘in our first designs we envisaged a large, double storey residence with a spacious communal dining/living space, three bedrooms, two bathrooms and a detached studio.’ explains steffen welsch ‘after a long and intensive planning process it became clear that a larger and complex dwelling may not be appropriate for the purpose of providing short to medium term holiday accommodation.’ 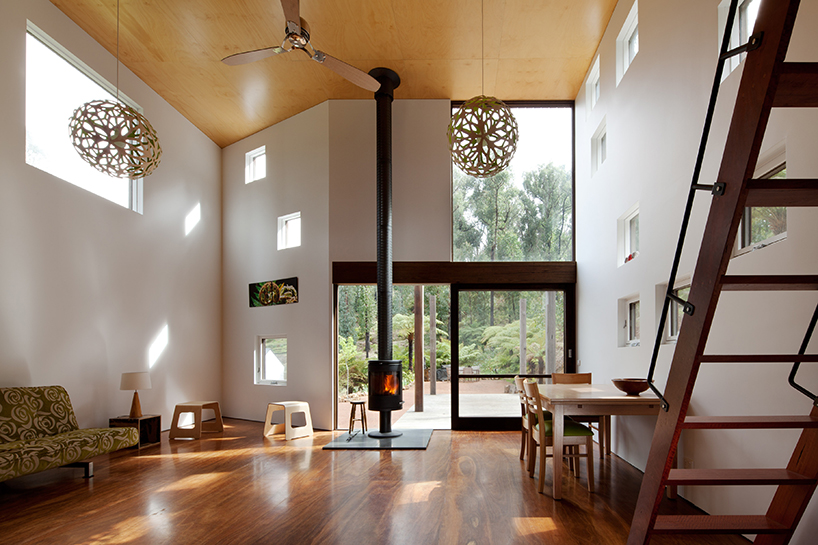 a double-height studio space holds all the communal living areas 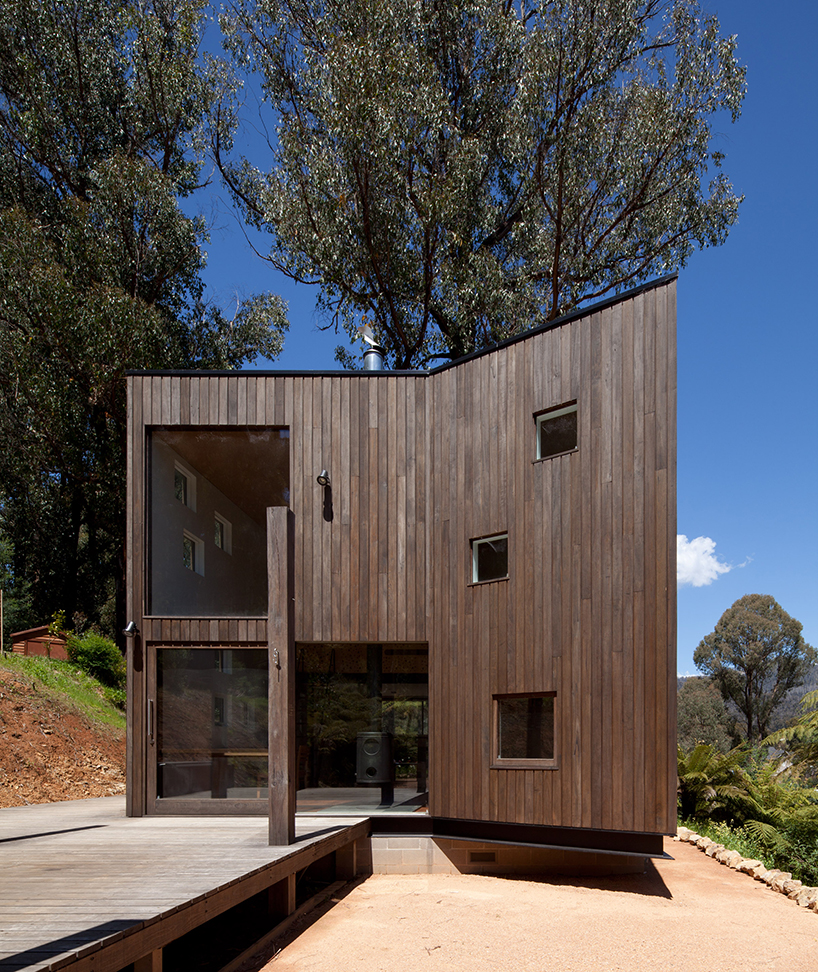 the marysville house replaces a three-bedroom holiday house, which was destroyed in the devastating fires in 2009 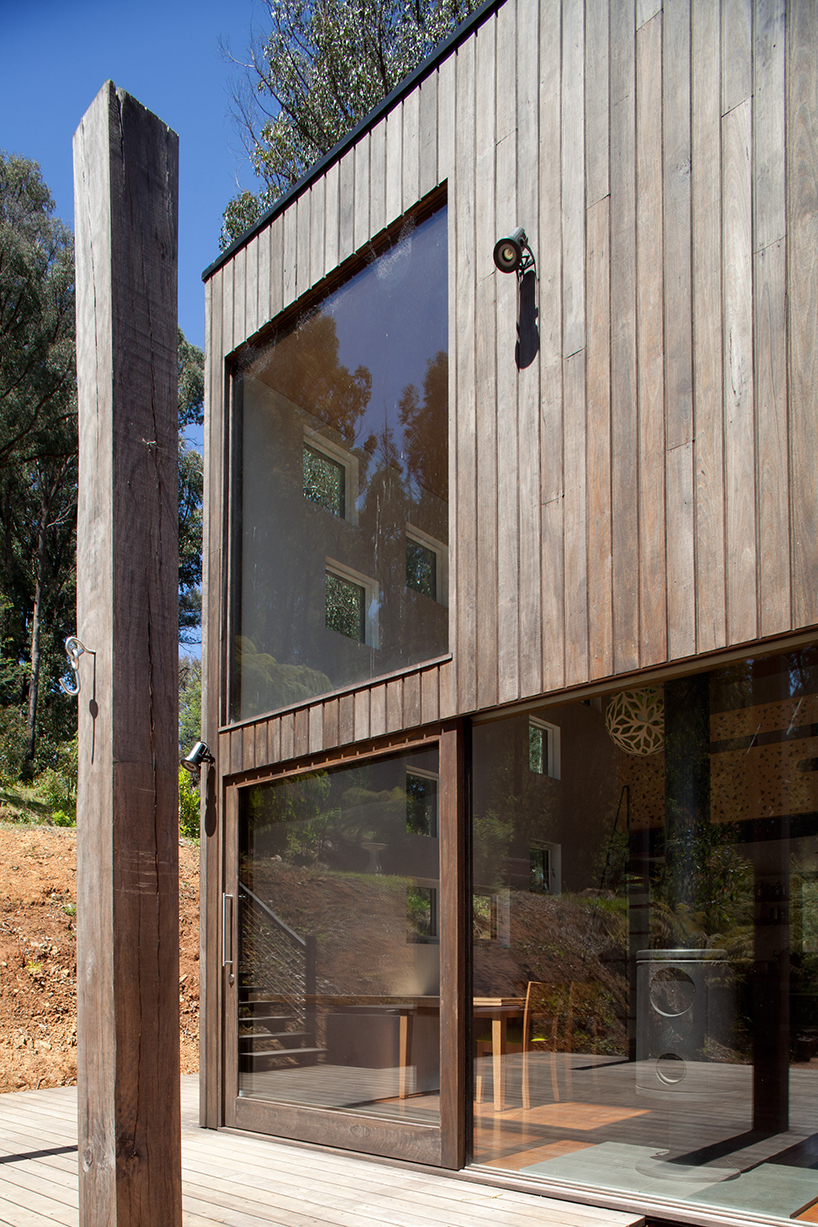 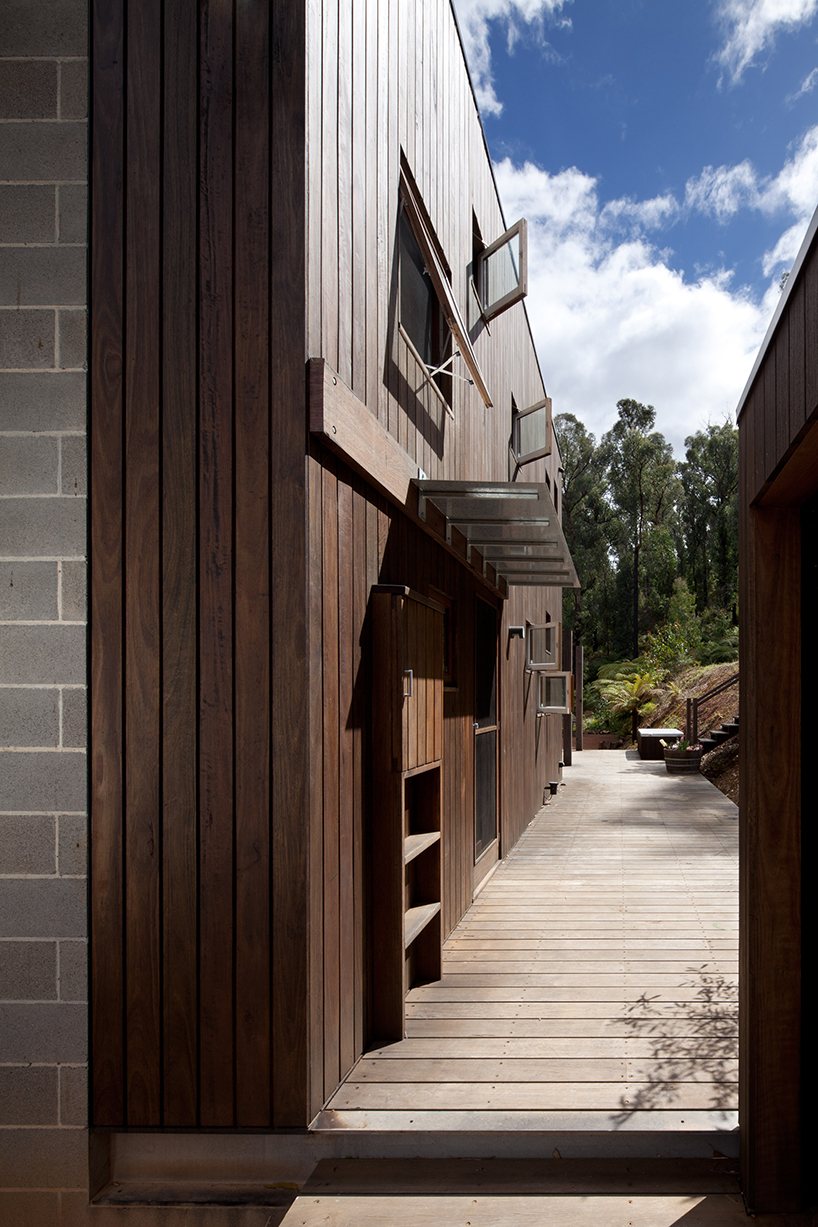 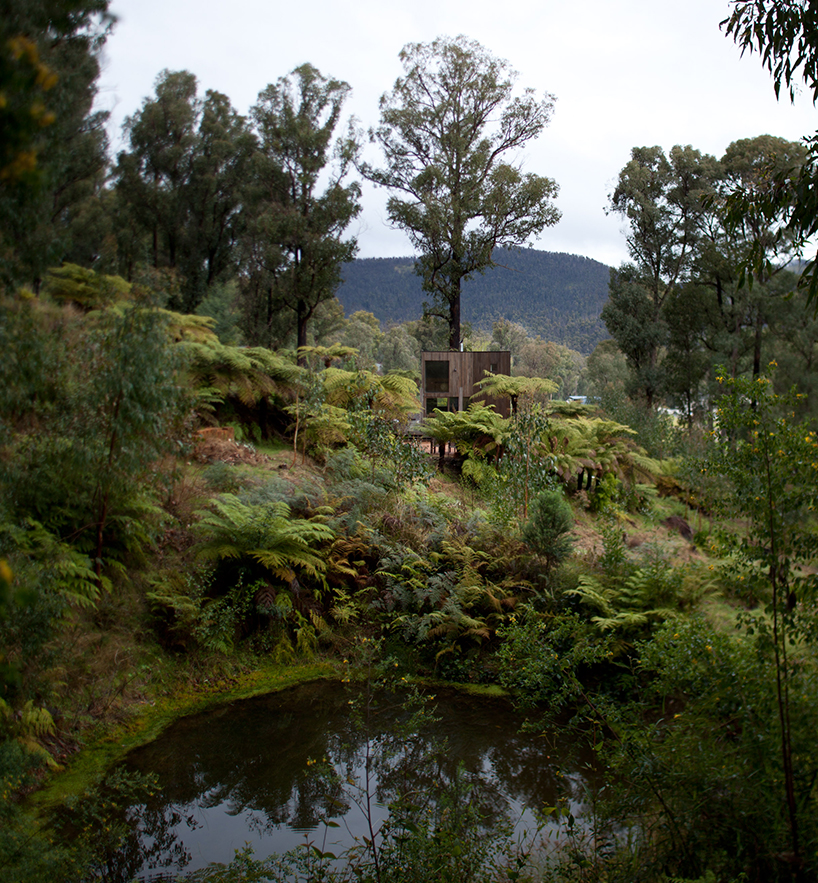 the timber envelope makes the design blend into its context 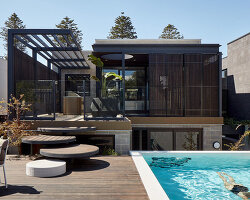 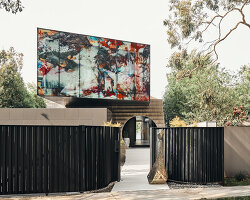 Mar 25, 2021
a translucent glass mural adorns the façade of JARtB house in melbourne

Apr 11, 2021
hiroshi nakamura & NAP articulate house in kyoto around courtyard with a sacred rock
the new terrain deliberately obscures sightlines between the dining area and the bedroom at the rear of the plot.
architecture
961 shares
connections: +4440