stephane malka‘s proposal for a central parisian student residence pairs the surplus of industrial production and the need to reclaim the urban built form with its recycled crate-covered ‘ame-lot’ residences. in an appropriation of almost duchampian proportions, the french architect and graffiti artist has proposed a skin of wooden pallet, able to fold and create a modular geometry, aimed at breathing a new life into an existing building.

held using horizontal hinges, the new envelope posits a new environmental approach that consists of layered superimpositions of existing materials and system– a step beyond mere recycling, but rather the assignment of a new meaning to discarded, single-use micro structures by designing them to become a macro strategy. the power of accretion is on full display in the work; a full reversal of the often damaging relationship between the environment and unabashed consumption. the architecture proposes that walls should be thickened and the urban form need be an ever-changing space that invites in the byproducts of its ecology. 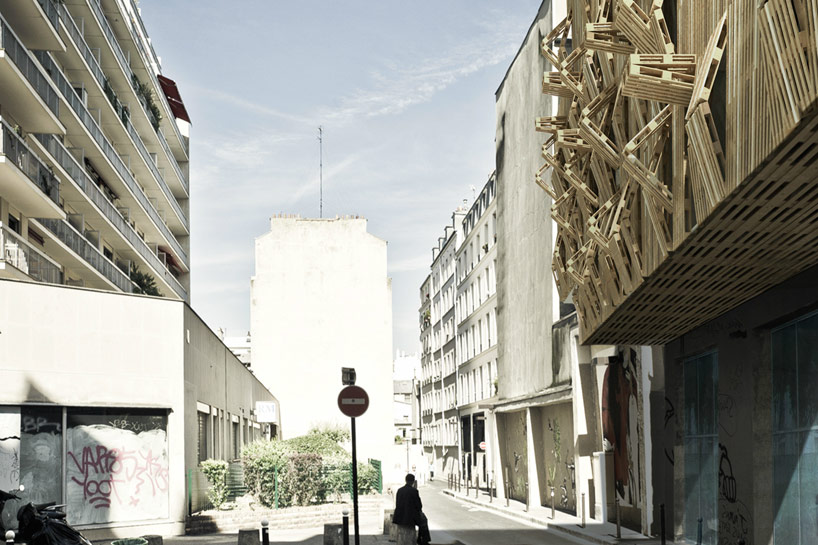 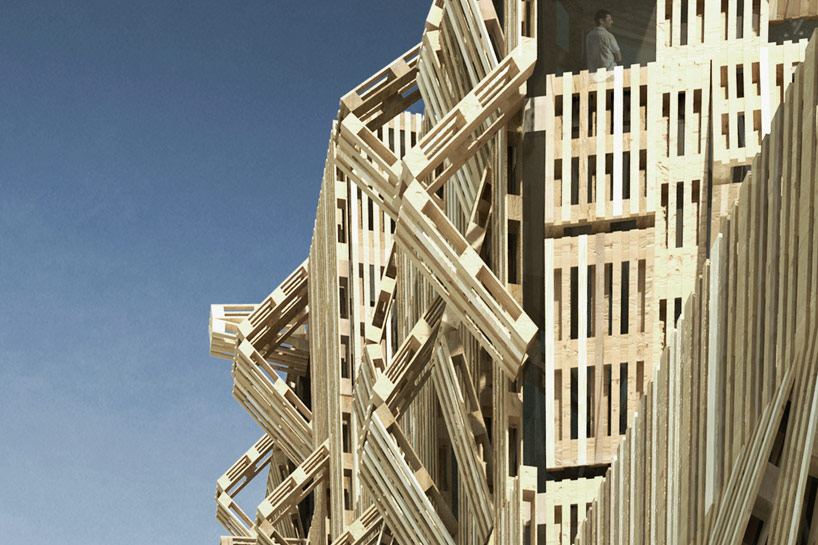 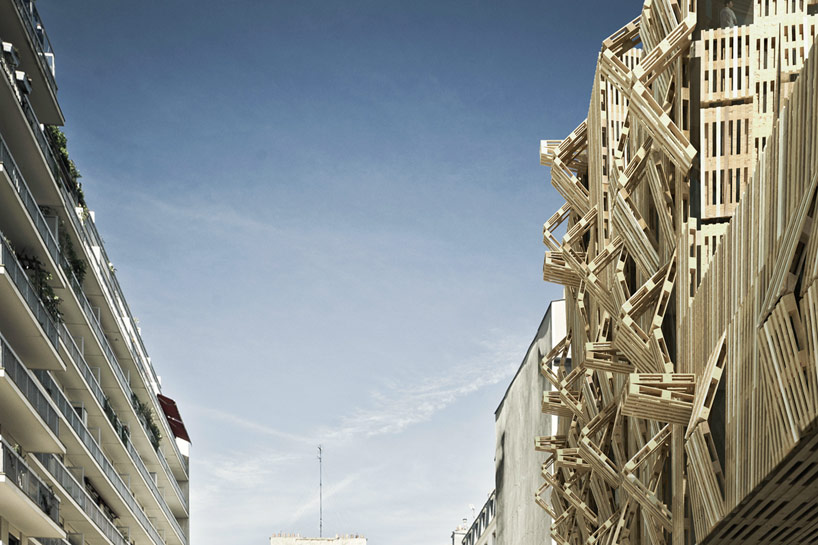 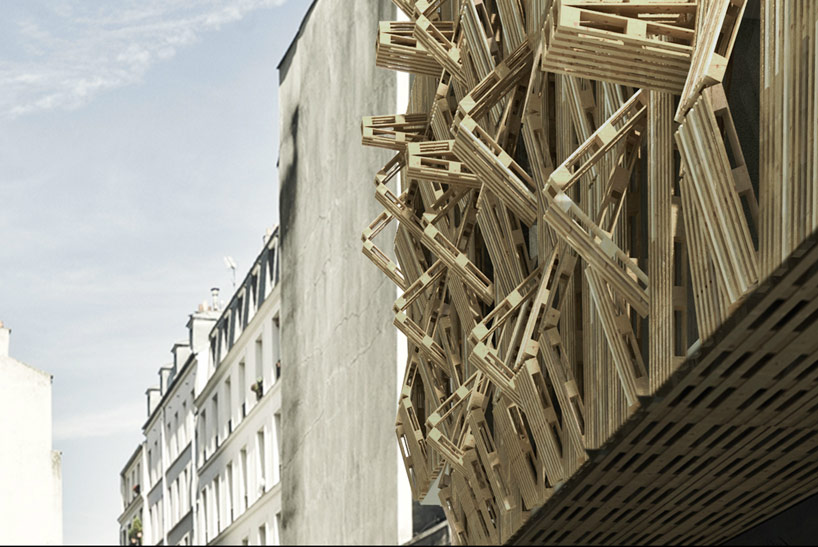 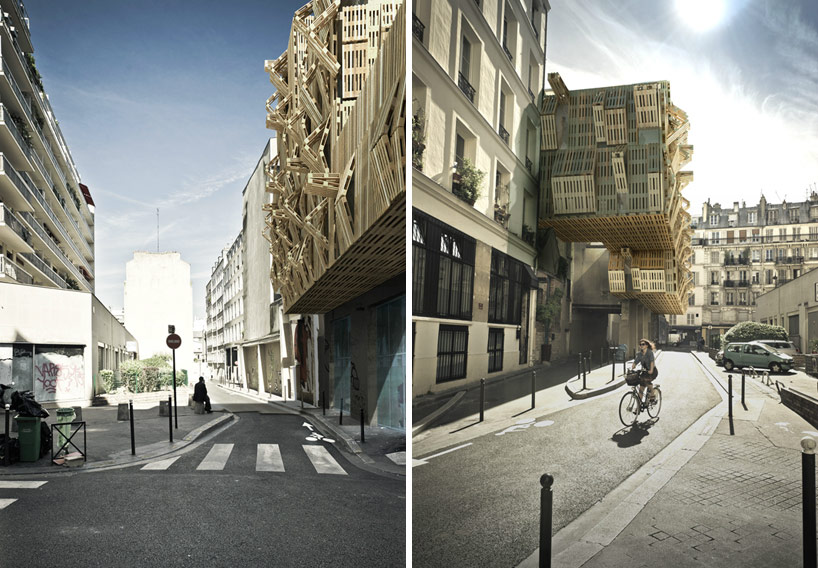 the  proposal seeks to thicken the urban interstice 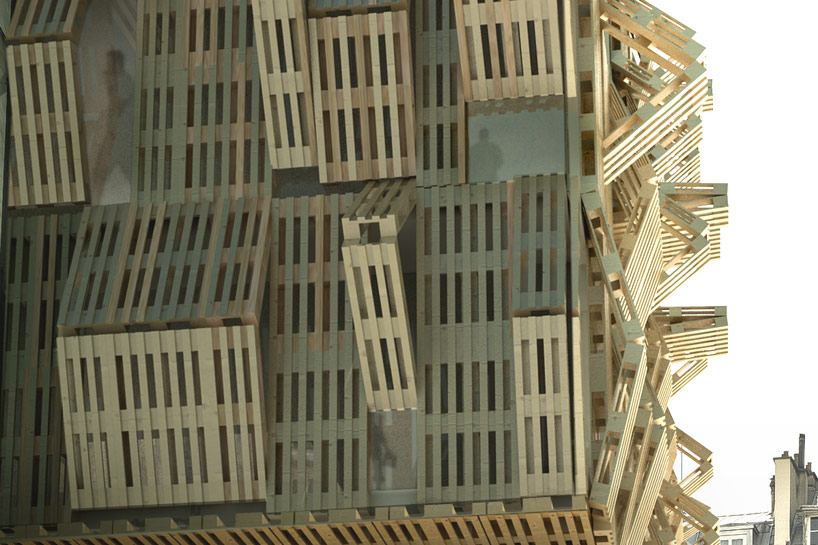 the french shutter typology meets the byproduct of industrial overproduction 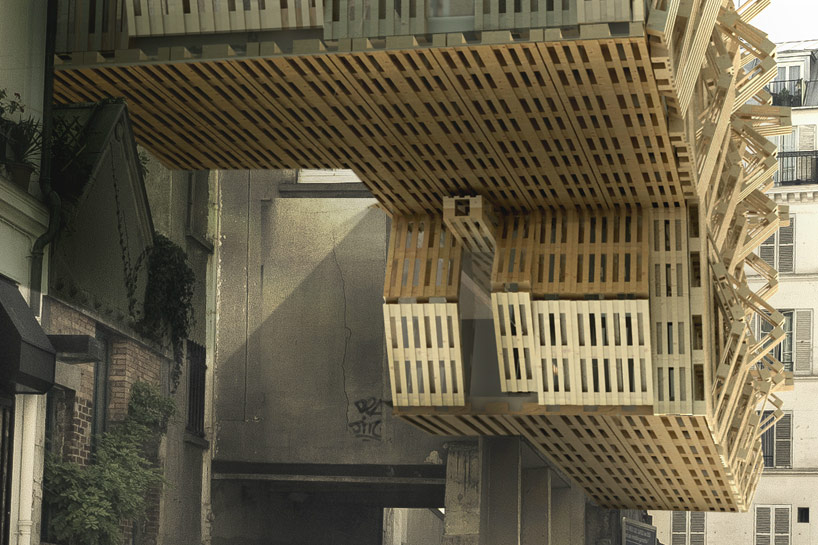 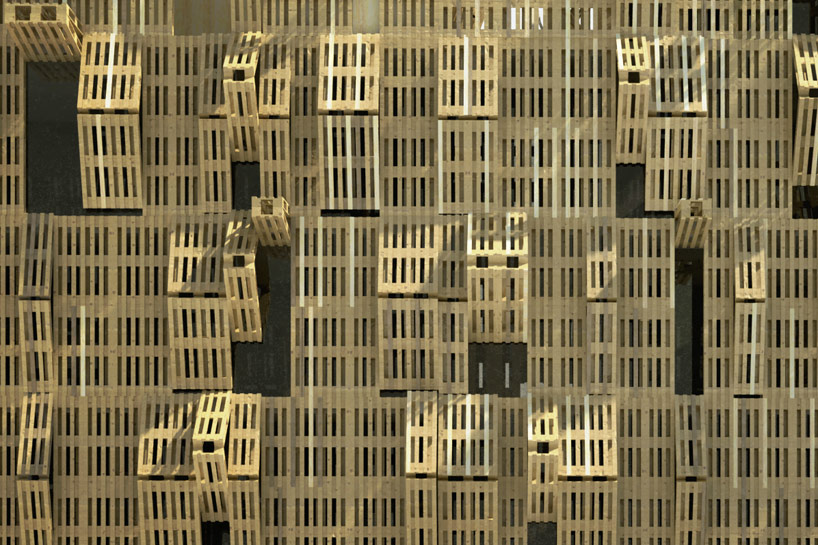 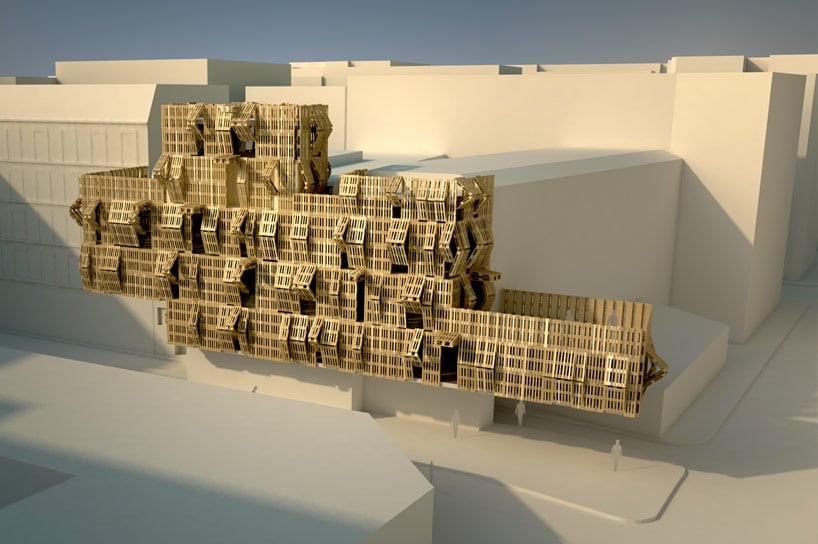 model view of the building with folded modules 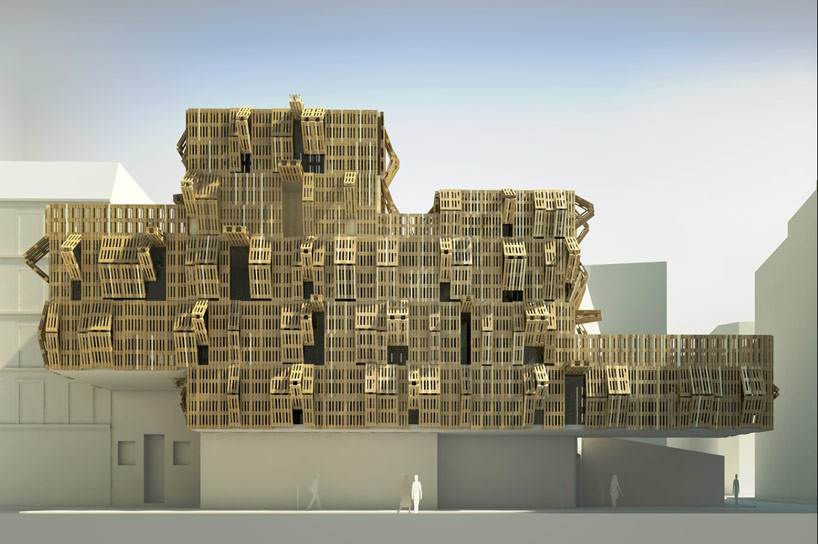 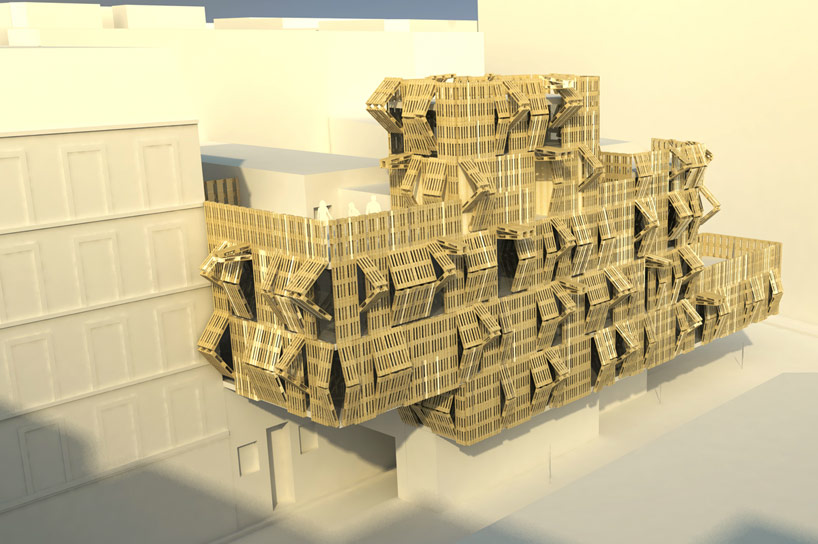 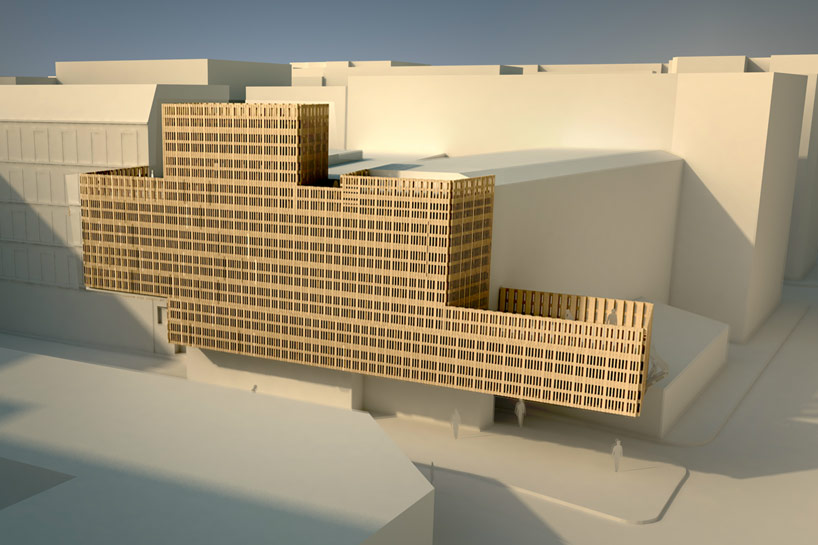 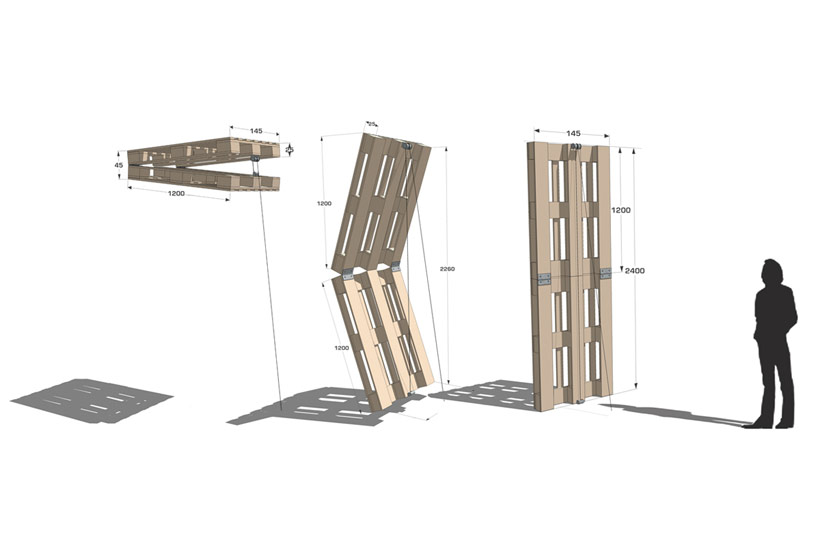 diagram of the building system to scale 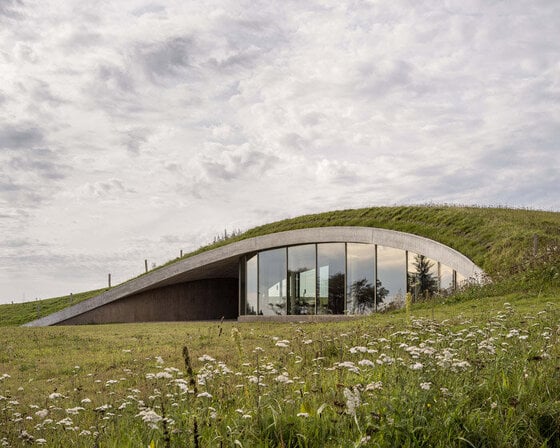 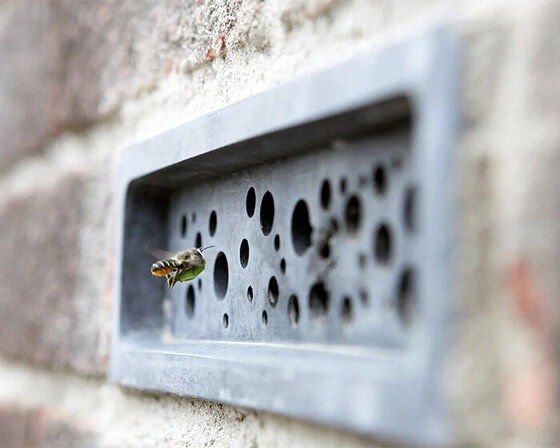 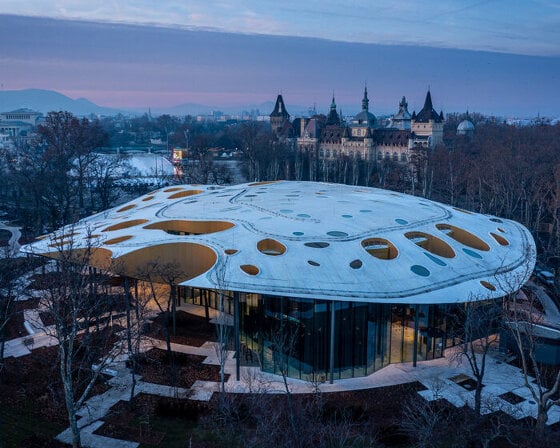 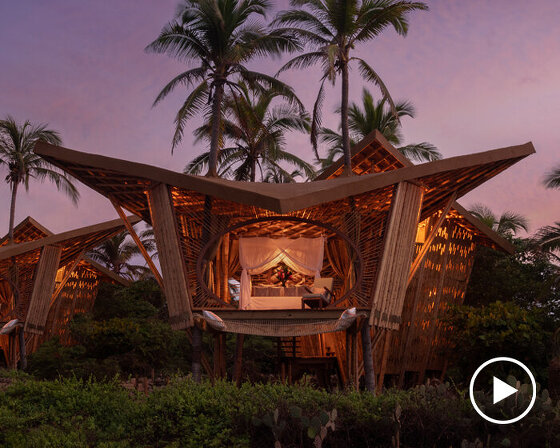