british artist stephen wiltshire is currently attempting to draw the manhattan skyline from memory. since monday october 26th wiltshire began filling in an 18 foot canvas at the pratt institute, brooklyn. the drawing is expected to be complete by friday. you can follow his progress through the live webcam here.

wiltshire diagnosed with autism at the age of three displays an unusually powerful photographic memory that he has applied to rendering cityscapes. he can look at the subject of his drawing once and reproduce it accurately with photographic detail, down to the exact number of columns or windows on a building. he memorizes their shapes, locations and the architecture.

having completed cityscapes of some of the world’s most iconic cities – london, tokyo, hong kong, rome, madrid, frankfurt, dubai, and jerusalem, the new york panorama marks wiltshire’s last cityscape. after this piece is complete, he said he will pursue drawing individual buildings. 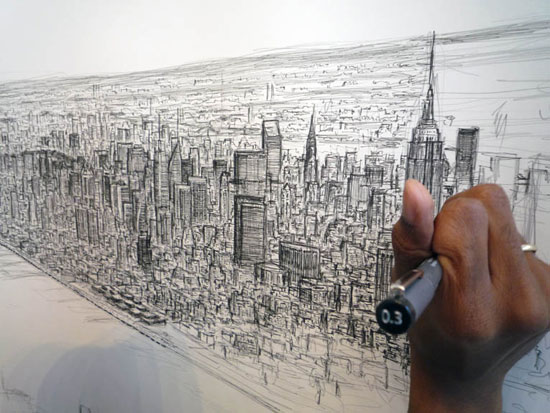 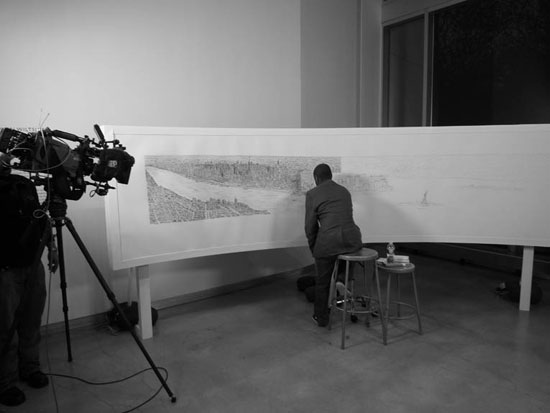