on may 7th, 2013 the new glasgow school of art designed by steven holl architects, in partnership with local firm JM architects and arup engineering, celebrated its topping out.

the firm won the bid to design the phase 1 building of the school in 2009–part of a larger campus masterplan development–situated opposite the original GSA designed by charles rennie mackintosh. holl has aimed to compliment the historic 1909 structure, forging a symbolic relationship between the two in which each heightens the integral qualities of the other. 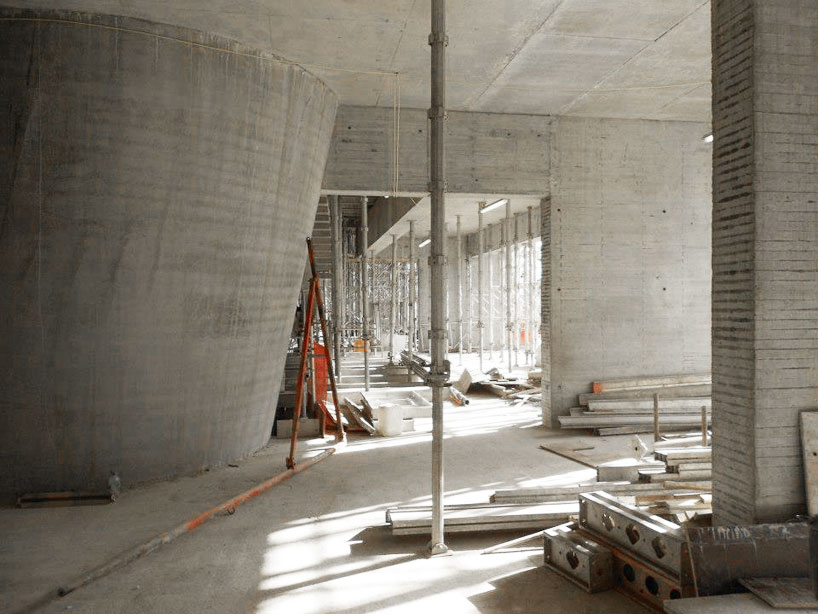 the overall design works from the inside out, engaging the functional needs of the programs which it houses: art, design and architecture studios, project areas, lecture theater, seminar rooms, café, exhibition, and academic administrative spaces; all linked by an open network of stepped ramps. the 11,250 sqm volume seeks to play off elements of mackintosh’s architecture in which he manipulated the building section to enhance qualities of light. holl has adopted this approach by integrating shafts (‘driven voids of light’) into his plan, the featured cylindrical volumes filtering sunlight through the depth of the building’s core, providing direct connectivity to the outside world, while also providing vertical circulation throughout, thus eliminating the need for air conditioning.

the studio and workshop areas are at the core of the school. their positioning along the north façade has been determined not only to reflect their interdependent relationships, but to also emphasize their need for natural light, where north facing glazing has been installed to maximize illumination coming from that direction.the refectory, offices and administrative areas which don’t require the same amount of brilliance are situated on the south façade, where access to sunlight can be balanced with the occupants needs, as well as thermal performance, through the application of shading. 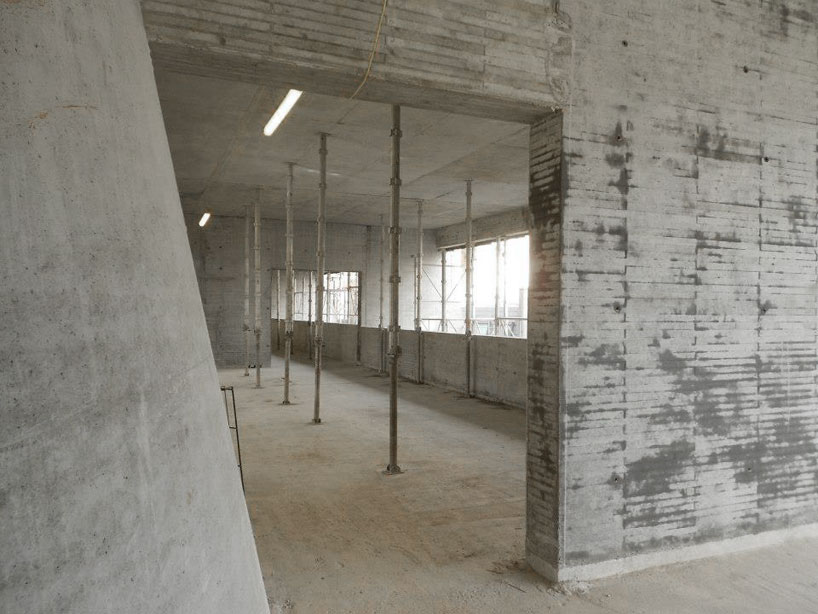 along the south elevation, in line at the same height of the mackintosh main studios, is a landscape loggia in the form of a machair (a low-lying grassy plain), a social core which opens up the school to the exterior and surrounding urban landscape. natural vegetation, with some stone work, routes water into a small water pond, which reflects dappled sunlight onto the ceiling inside. 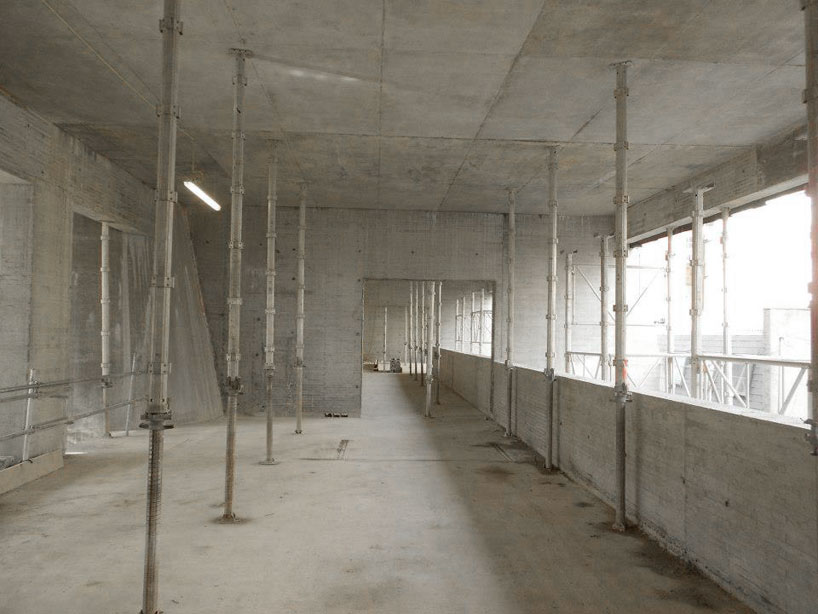 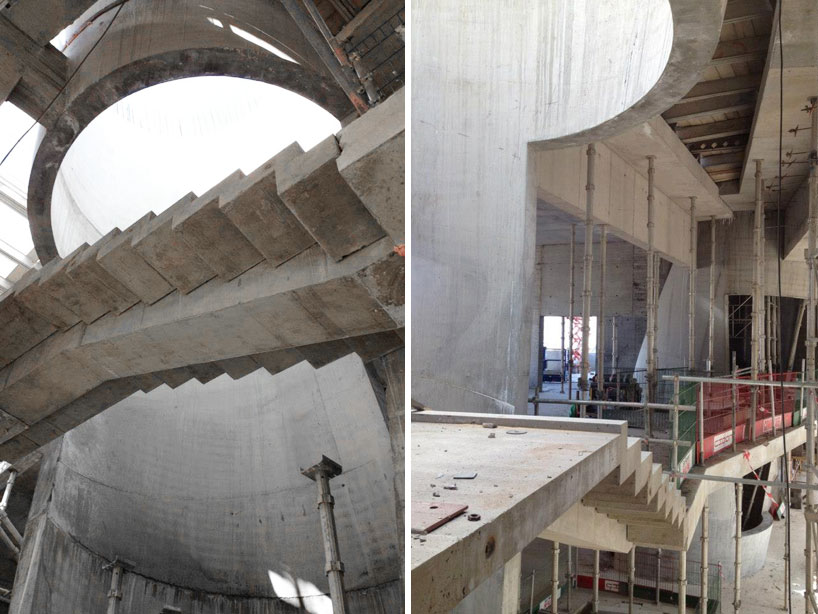 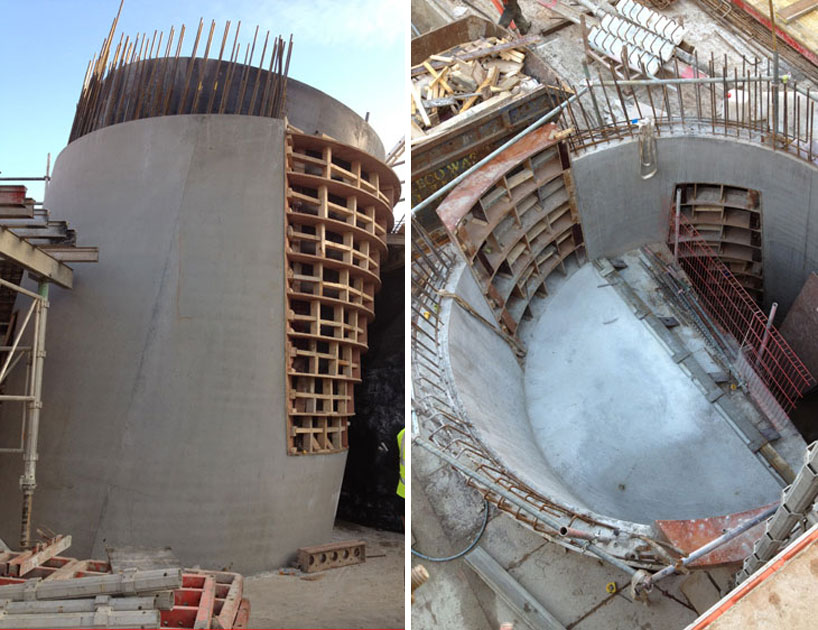 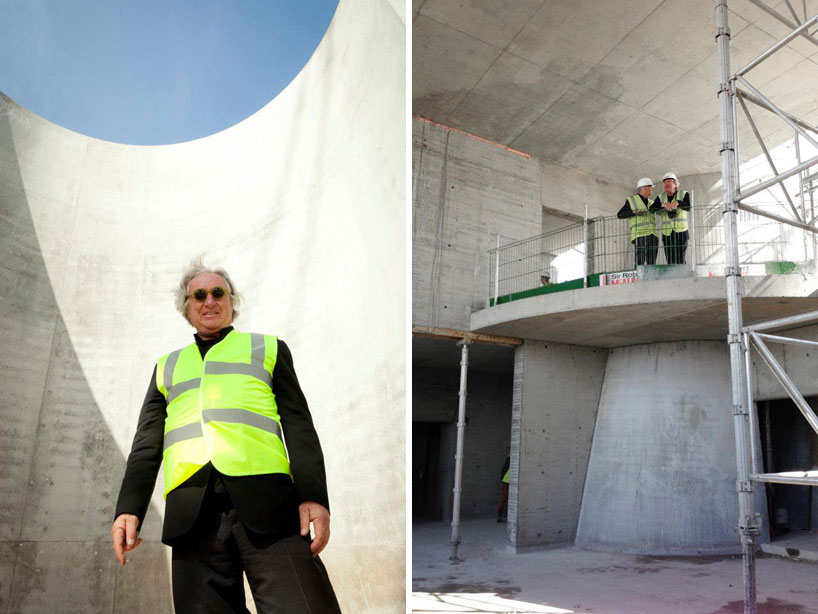 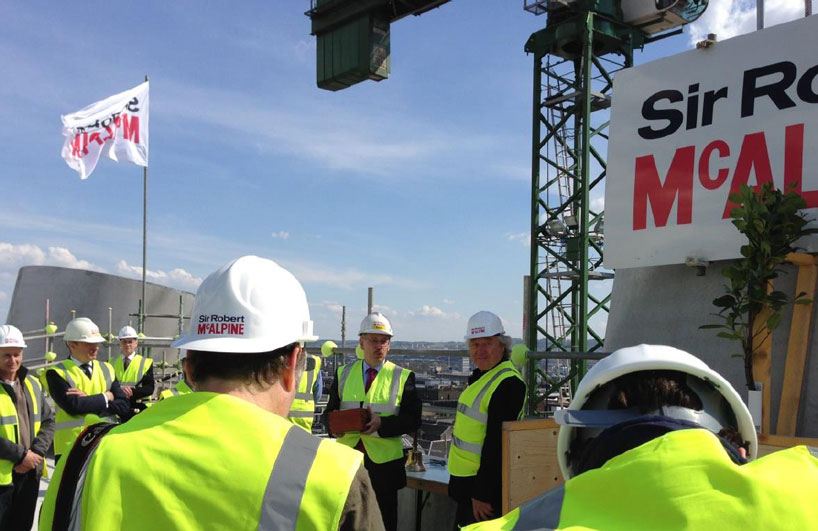 topping out ceremony on may 7th, 2013image courtesy of steven holl architects 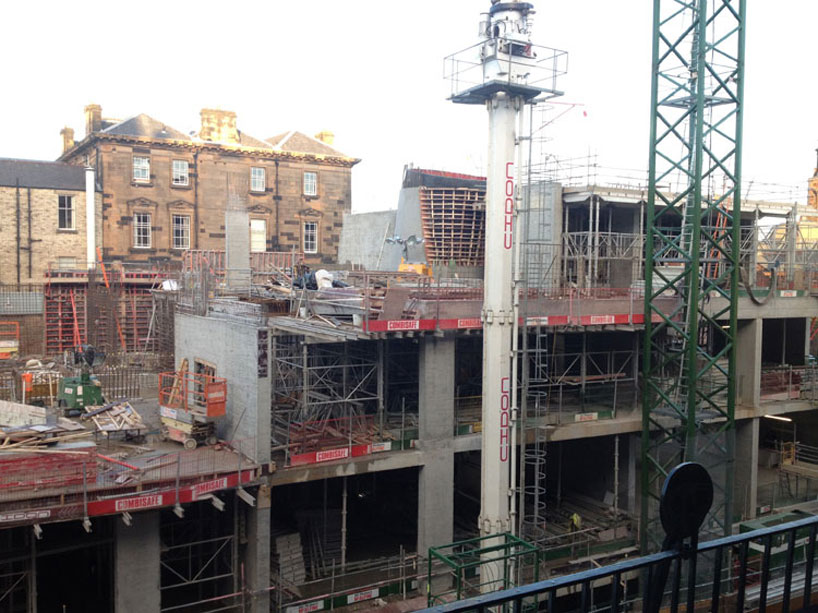 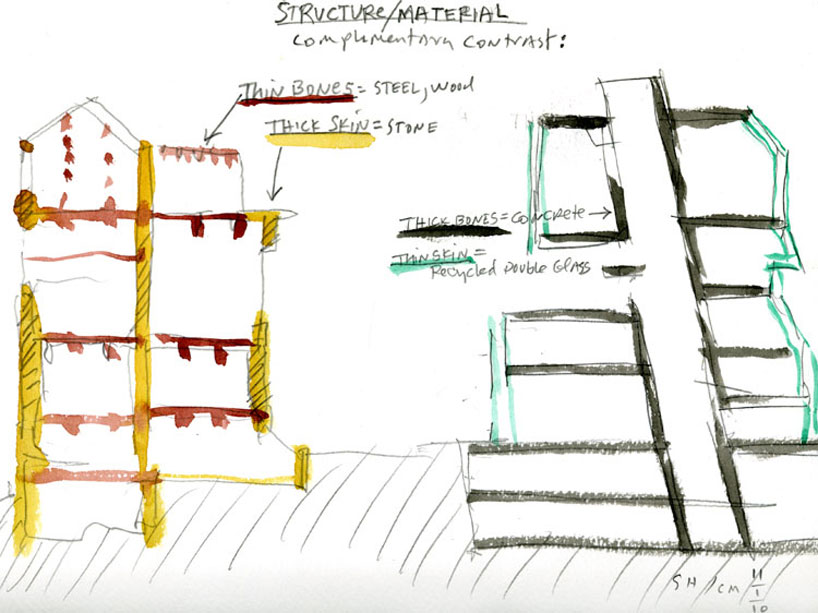