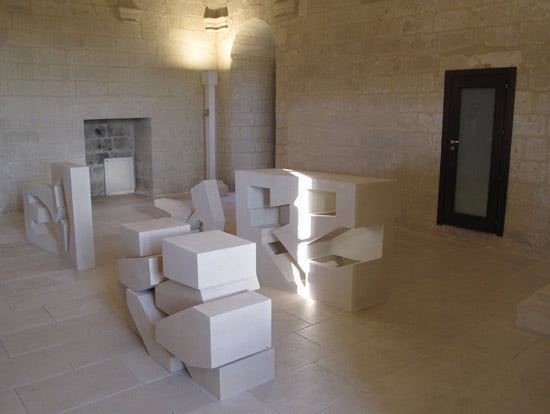 two pairs of stone sculptures have been created by steven holl specifically for su pietra. complementing the exhibit’s projections ‘on stone’. the sculptures have been manufactured in lecce and rendered from digital files. one pair reflects the shape of an architecture project in hangzhou by steven holl and the other pair reflects a landscape in iceland after the recent volcanic eruption. each pair consists of positive and negative spaces of the above mentioned shapes. 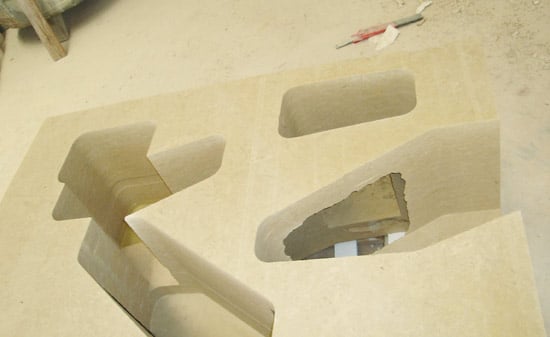 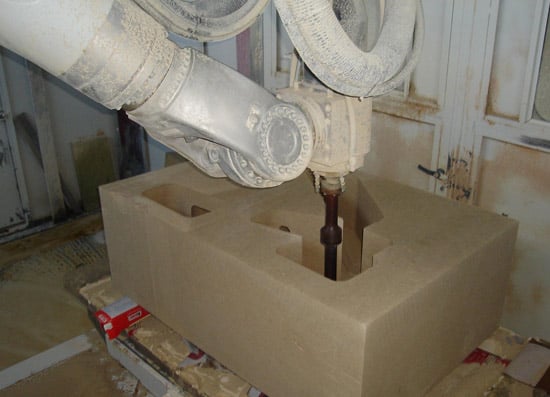 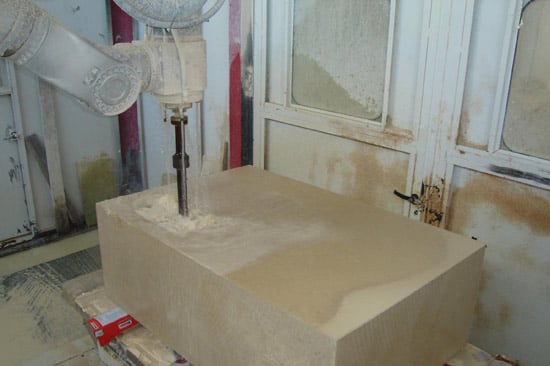 ‘su pietra’ focuses on steven holl architects’ recent projects in europe and china. while the chinese projects – the horizontal skyscraper in shenzhen, linked hybrid in beijing, and the nanjing museum of art and architecture – explore the macro scale of cities through the lens of architecture, the european projects show a vision of the preservation of natural landscape, as with the herning museum of contemporary art, knut hamsun center, loisium alsace, and the cité de l’ocean et du surf in biarritz. rather than monofunctional buildings, these new hybrid buildings incorporate rich programmatic juxtapositions. at the micro scale, the european projects aim at shaping space, and investigating the phenomena of light and tactility through material development and experimentation.