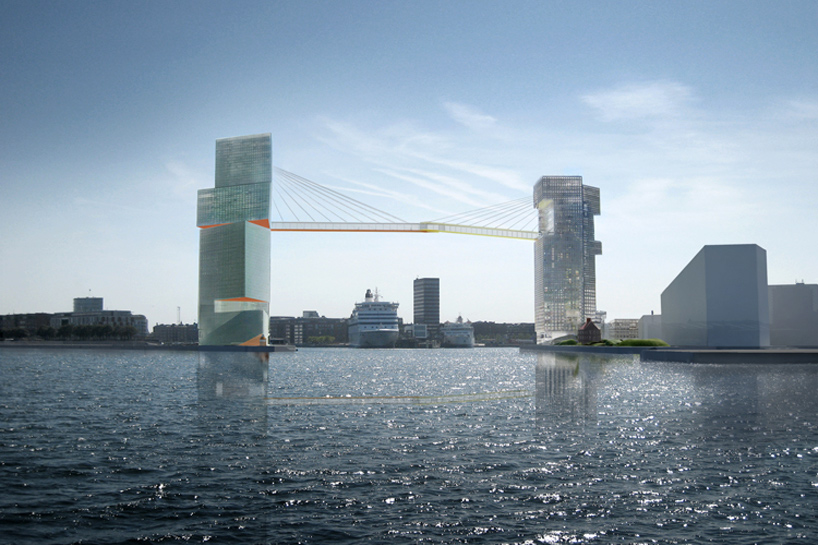 the city of copenhagen has finally approved steven holl architects’ plans to build two skyscrapers joined by a pedestrian bridge at the entrance to the city’s historic harbor. the design unanimously won an international competition in october 2008 (see designboom’s previous coverage of the project here), but construction had been delayed for economic reasons. work on the ‘copenhagen gate’ is now set to start in 2016. 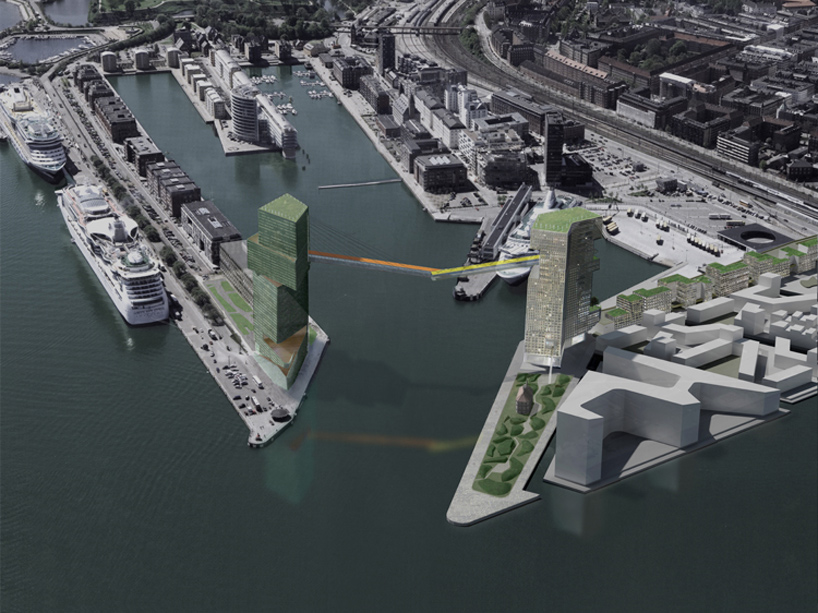 the two high-rises, named ‘langelinie’ and ‘marmormolen’, are connected with a pedestrian bridge elevated 150 meters above the water, thus allowing direct links from apartments and offices to the adjacent railway station. the ‘langelinie’ tower features a prow-like deck, which serves as the public entrance to the bridge’s elevators. meanwhile, on the other side of the harbor, the ‘marmormolen’ tower connects back to the city with a terrace that thrusts out towards the horizon, shaped by a public auditorium below. 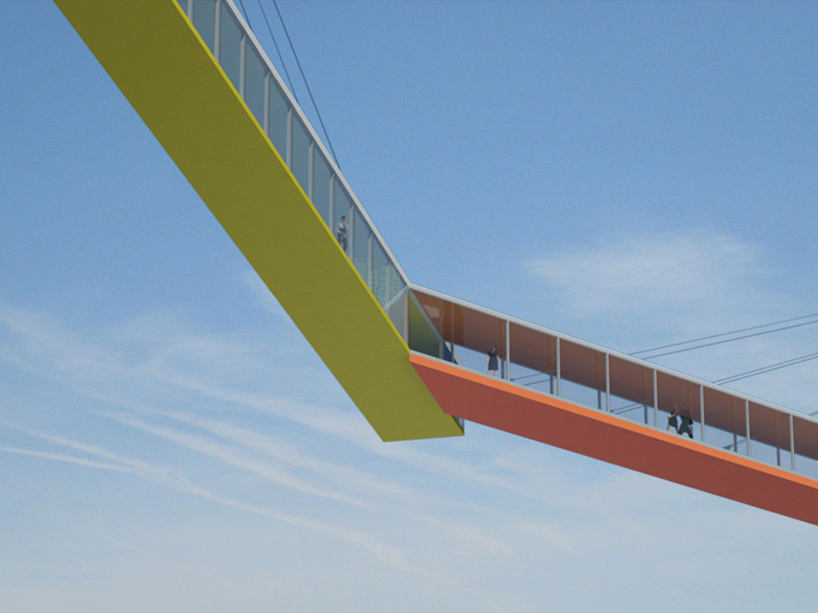 the bridges meet at an angle, joining like a handshake over the harbor 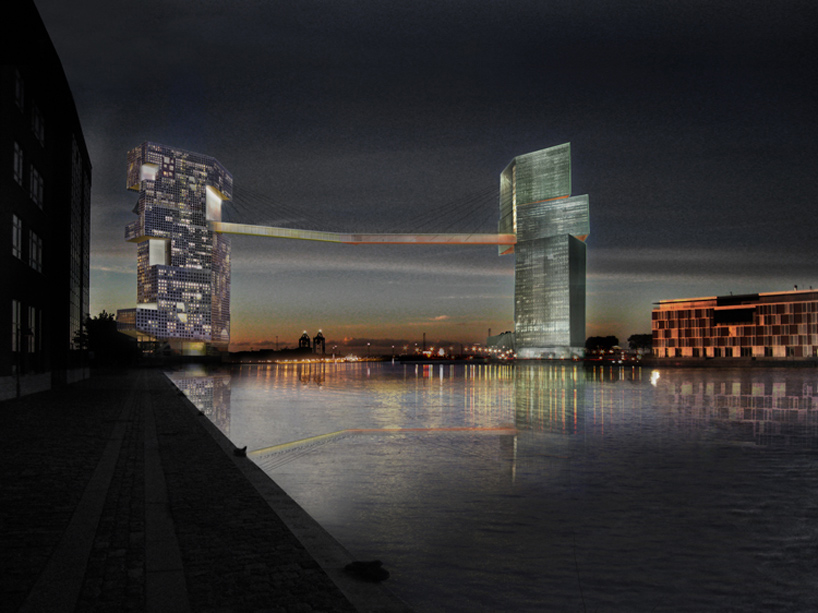 the two towers illuminated at night 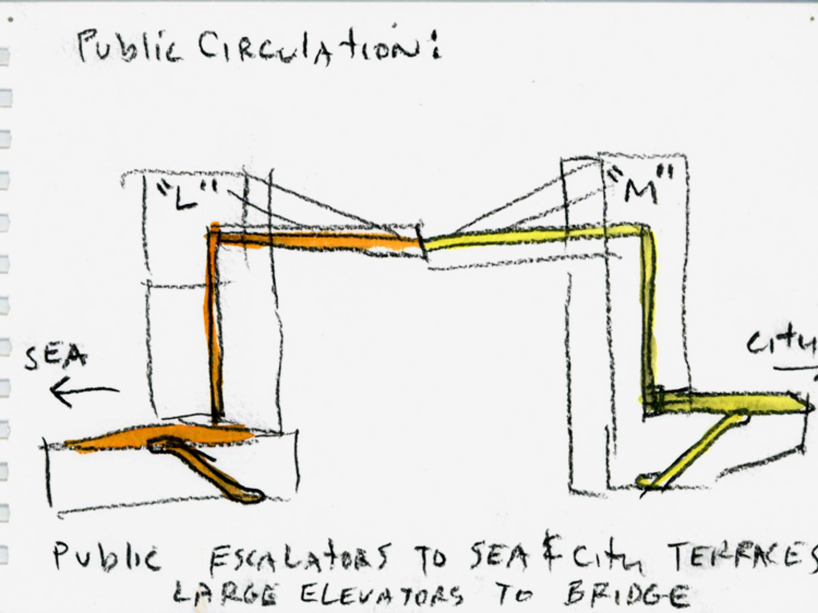 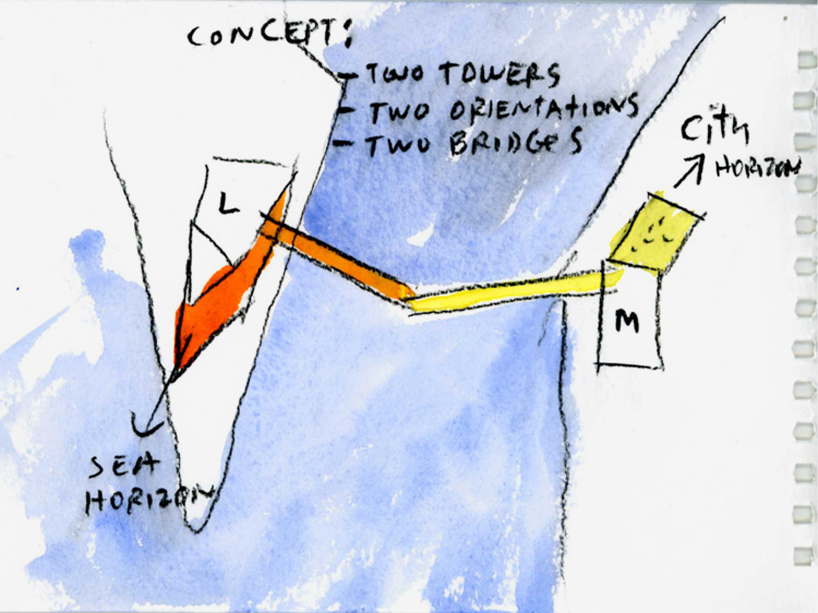 another sketch by steven holl outlines the project’s concept

Mar 01, 2021
ODDO architects incorporates round window into the brick exterior of VH house in hanoi
the house consists of three separate brick volumes set above a continuous living space on the ground floor.
architecture
780 shares
connections: +3430