architects, not architecture (AnA), the platform that invites well-known architects to talk about themselves, rather than their work, is celebrating its fifth anniversary with a ‘virtual world tour’. with this series, AnA brings the architectural community closer together by taking participants on a tour around the globe to visit selected cities and virtually meet some of their most relevant architects.   after virtually visiting LA to check in with michael maltzan and thom mayne, AnA now heads to the east coast to hear from renowned new york-based architects steven holl and elizabeth diller.

as a media partner, designboom brings you the entire talk in the video at the top of this page. don’t miss the duo’s conversation at the end of the event, where the architects discuss their shared experiences in memorable competitions as well as important reflections after decades of practice. afterwards, register for upcoming talks on the AnA wesbite.

considered one of america’s most influential architects, steven holl graduated from the university of washington and pursued architecture studies in rome in 1970. in 1976 he attended the architectural association in london and in 1977 established steven holl architects in new york city. holl specializes in seamlessly integrating new projects into contexts with particular cultural and historic importance and has been recognized with a long list of architecture’s most prestigious awards and prizes. he is also a tenured professor at columbia university’s graduate school of architecture, planning and preservation.

steven holl’s talk begins his talk by discussing his father’s return after the invasion of japan and ends by commemorating his friendship with zaha hadid. as he reminisces about his childhood, holl recalls how he would spend his time building treehouses and painting. determined to study architecture, he enrolled at washington university where his professors’ views on modern architecture had a profound impacted on him. holl is well known for his unique use of light, which is a skill he honed by analyzing the light changes at the pantheon in rome — a place with which he still feels a deep connection. 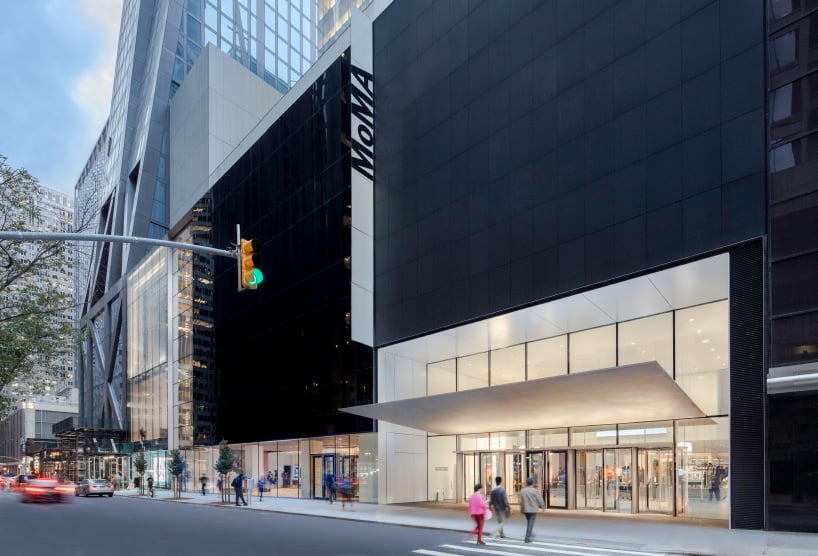 elizabeth diller is the co-founder of diller scofidio + renfro, a studio which she leads alongside the firm’s other partners ricardo scofidio, charles renfro, and benjamin gilmartin. diller has led the design of two works with particular cultural significance to new york: the shed cultural center and the expansion of MoMA. diller’s talk explores the many different sources of inspiration that have influenced her unique vision and style, one of them being fellow guest speaker steven holl.

as a child of polish holocaust survivors who emigrated to the united states, diller grew up in manhattan where she was exposed to substantial societal movements. contrary to her parents’ desire for her to become a dentist or an architect, diller first aspired to be an artist. however, after being drawn to the three dimensional nature of architecture, she began architecture school where she met her husband and partner ricardo scofidio. in the talk, diller also explains her relationship with film and how she incorporates these ideas in her designs.

watch steven holl and elizabeth diller in discussion with AnA host fermín tribaldos at the top of this page, and stay tuned as architects, not architecture continues with its ‘virtual world tour’.