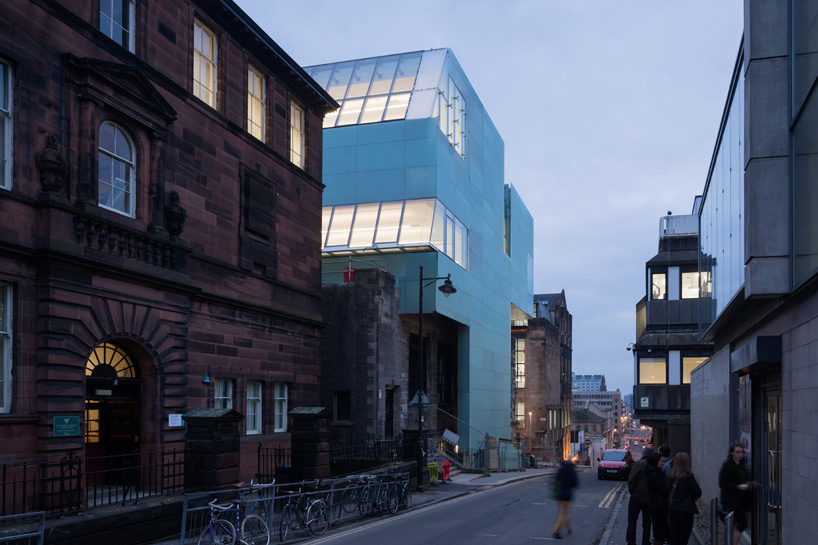 steven holl architects has completed the ‘seona reid building’ at the glasgow school of art, an addition that is envisioned as a complimentary contrast to charles rennie mackintosh’s iconic building completed over 100 years before. the translucent materiality of the design juxtaposes the masonry of the existing structure, allowing the building to express the school’s activity within the city’s urban fabric. creating a 21st century model for the university, the scheme’s interior and exterior work simultaneously in engaging the functional needs and psychological desires of the program. the design embodies the school’s future aspirations, making connections with the city and relating to the architecture of mackintosh building opposite. 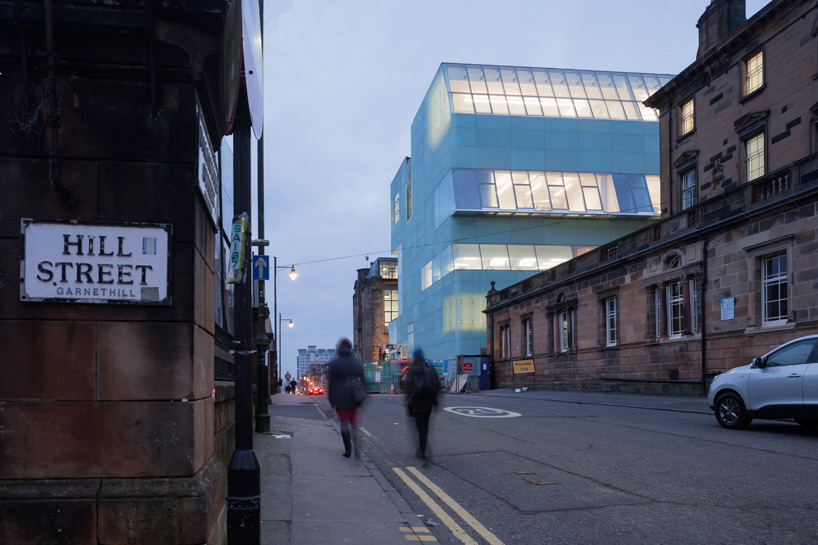 using the workshop as the basic building block within the design, spaces have been arranged to both reflect their interdependent relationships and to accommodate their varying needs for natural light. studios are positioned on the northern façade with large inclined areas of glazing maximizing access to desirable northern light. volumes that do not have a requirement for the same quality of natural luminance, such as the refectory and offices, are positioned at the southern elevation where access to sunlight can be balanced with the occupants needs and the thermal performance can be influenced through shading. 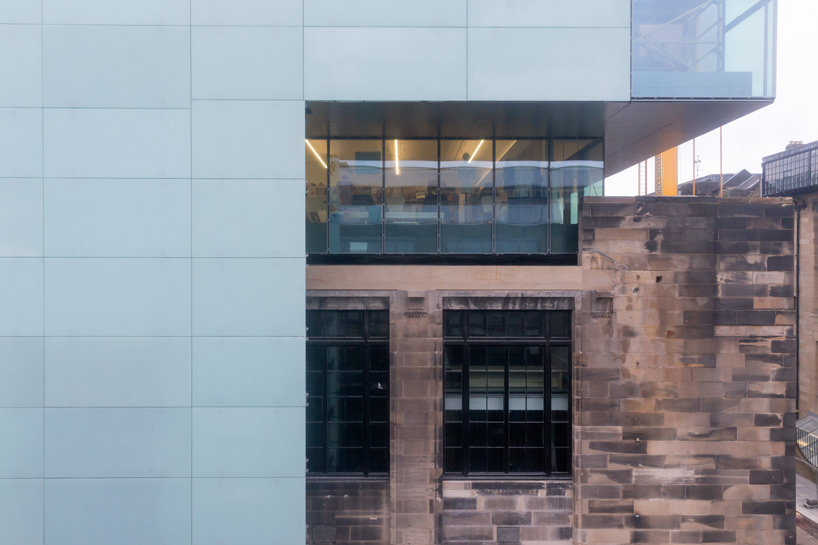 the juxtaposing materiality of the two structures
image © iwan baan

shafts, termed ‘driven voids of light’, illuminate the building while providing a direct connection with the outside world, through displaying the constantly shifting color of the sky. additionally, they provide vertical circulation through the building, eliminating the need for air conditioning. along the southern elevation an external landscape gives the school a social core which opens towards the city. natural vegetation and stone work routes the water into a small recycling pond which reflects dappled sunlight onto the internal ceiling. 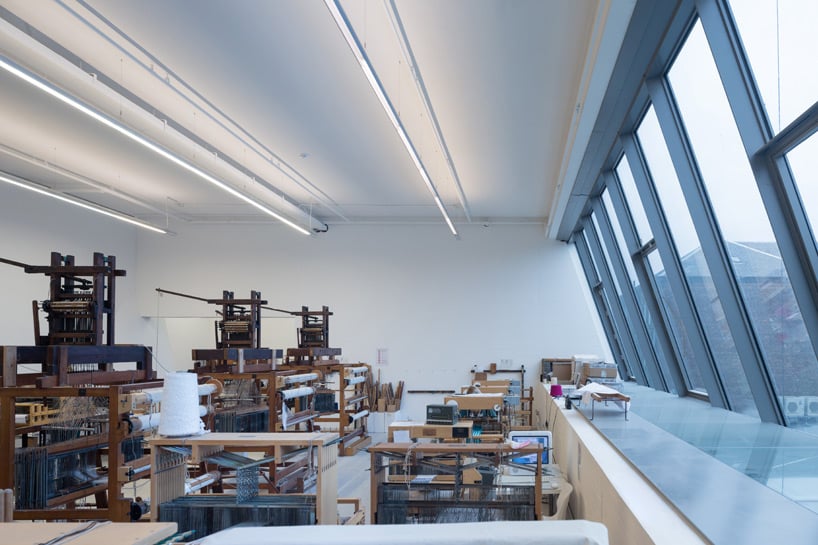 open to the workings of the school, a connected circulation route encourages interaction between the various departments. the circuit of stepped ramps links all the major spaces, lobby, exhibition space, project spaces, lecture theater, seminar rooms, studios, workshops and green terraces for informal gatherings and exhibitions. 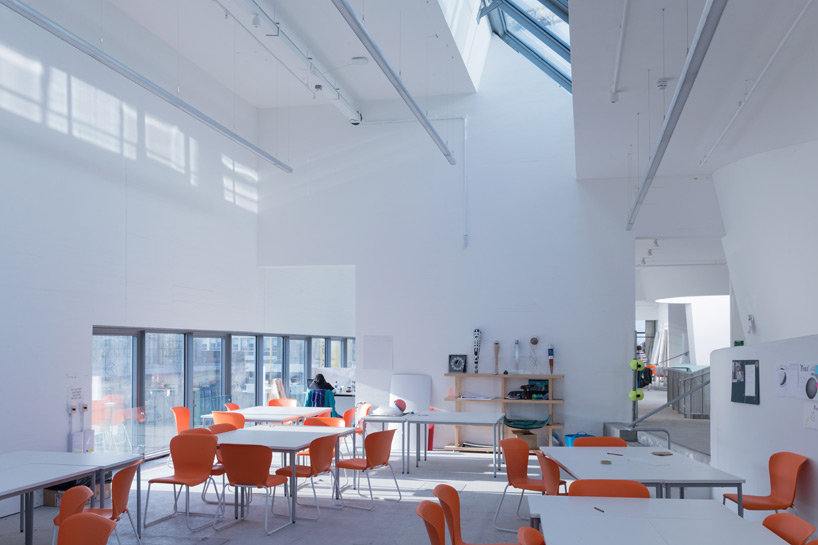 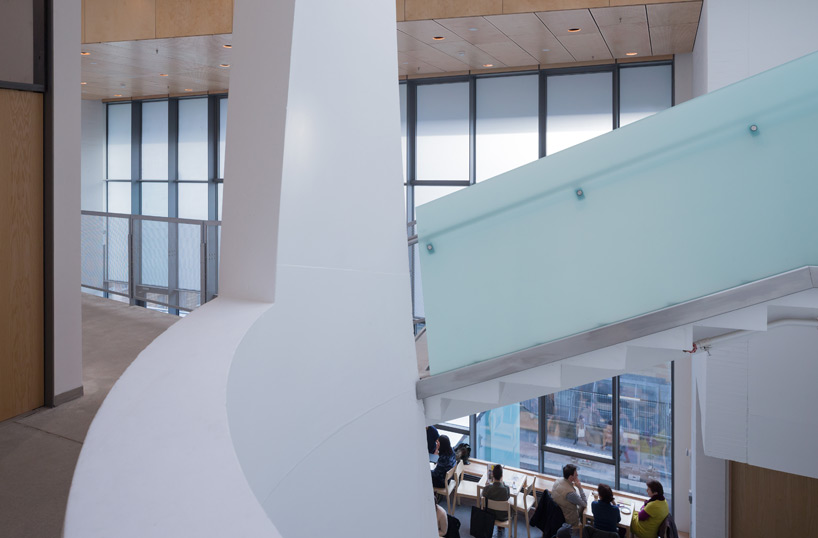 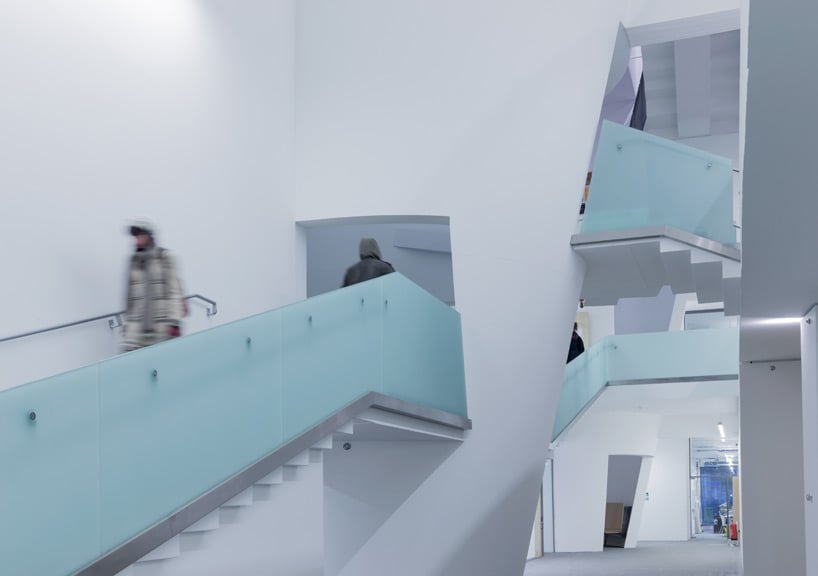 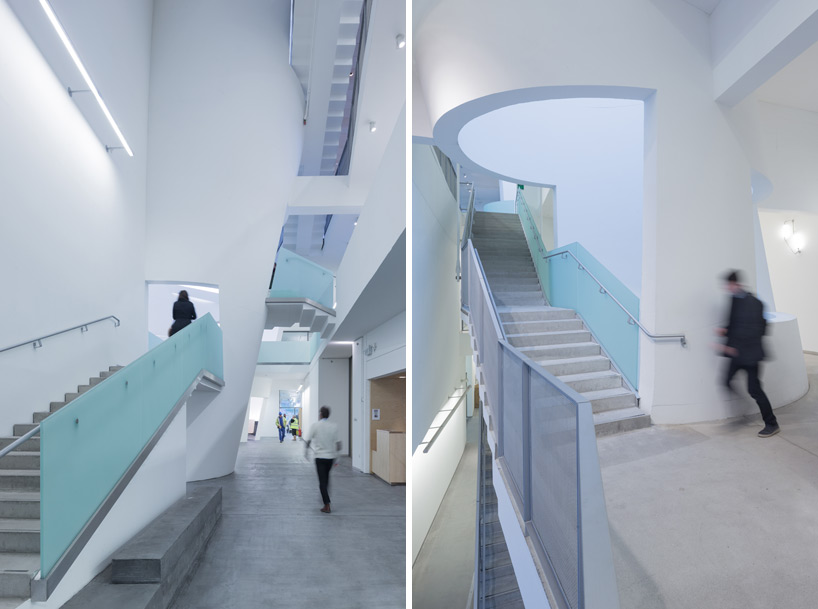 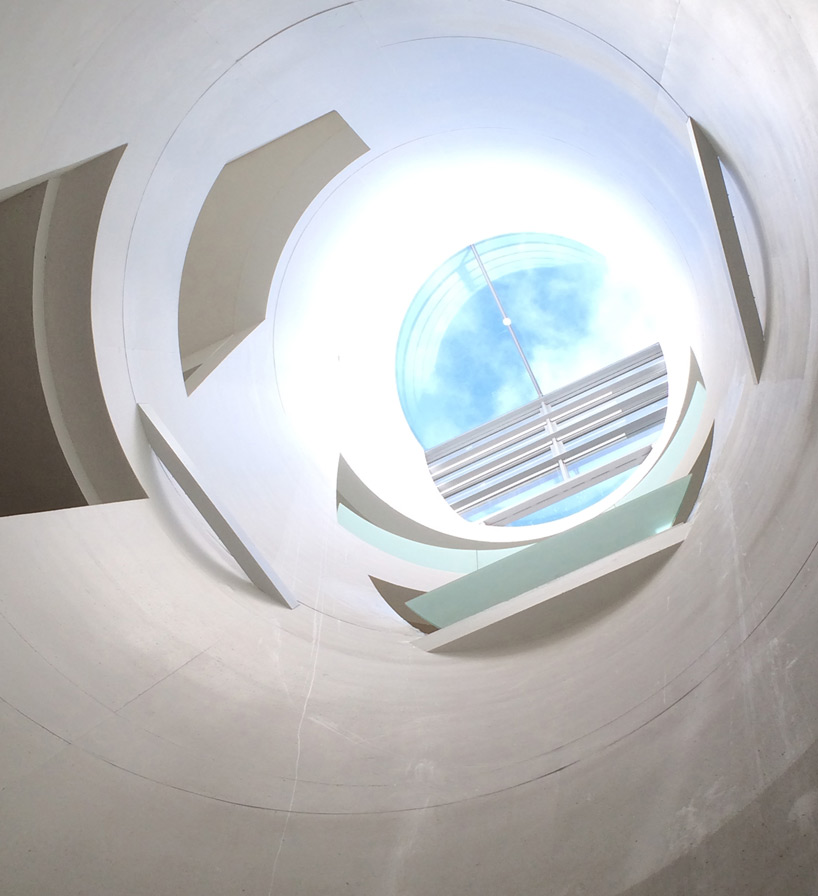 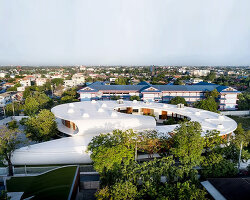 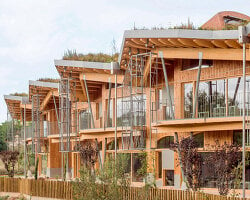