all videos © spirit of space

upon the completion of steven holl‘s magnum opus, the sliced porosity block in chengdu, china, the team collaborated with chicago-based filmmakers at spirit of space to document the monumental work to the fullest extent. two short films frame a holistic portrait of the building as it is enlivened by the dynamism of its users. the moving image affords a unique opportunity for steven holl himself to speak about the conceptual aims of the complex and the architectonic manifestations of his ideas for the space– all the while touring the completed work. although the program had been extensively reported, the three million square foot project as it stands is truly ‘shaped by sunlight’ both in the dematerialized geometry of the forms and in the subservience of built space to elegant ribbons of circulation, gentle slopes, and generous plazas. the films show a structure that speaks to early mandates for sustainable practice but also presents the intangible life that the space assimilates once soaring materials, orchestrated sounds and moments of light fuse into one architecture.

see designboom’s coverage of the concept phase and construction progress. 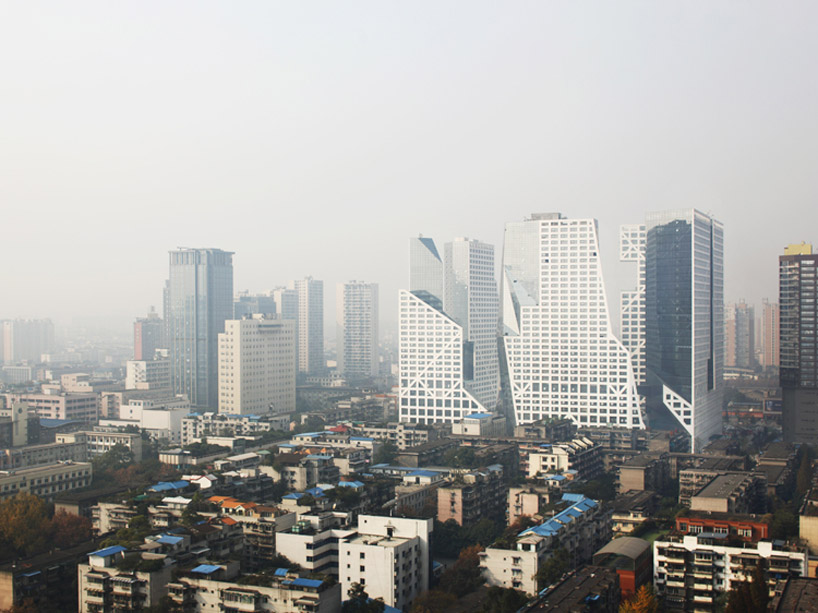 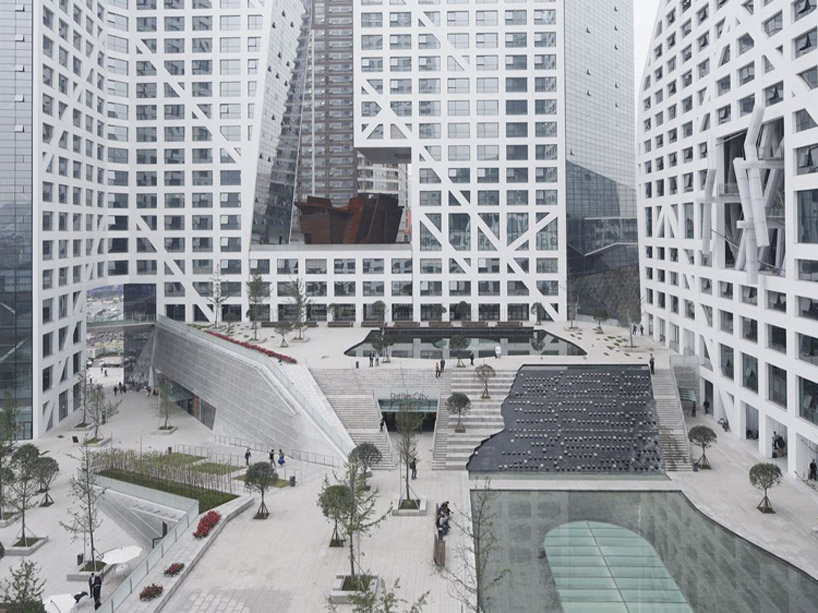 the architecture serves as a framework for the ‘three valleys’ of space, further accompanied by three symbolic water features 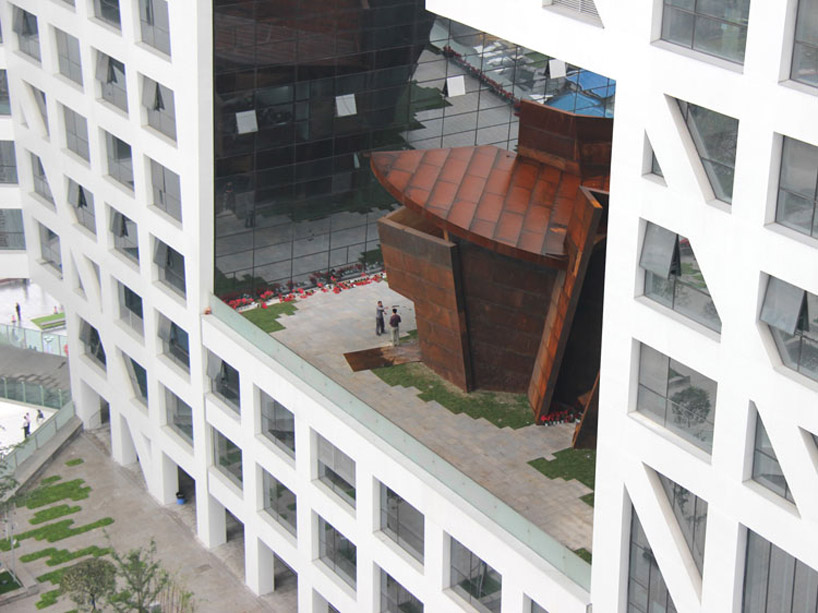 a view of a cor-ten steel and bamboo visitors pavilion, soon to be outfitted with digital projections about the history of chengdu 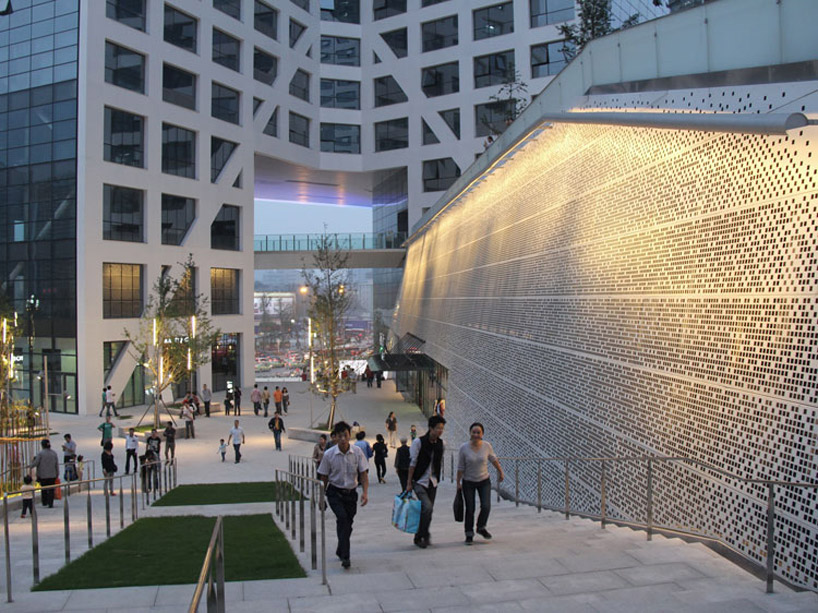 although there is a shopping center underneath, patches of greenery still jut out from the paved surface 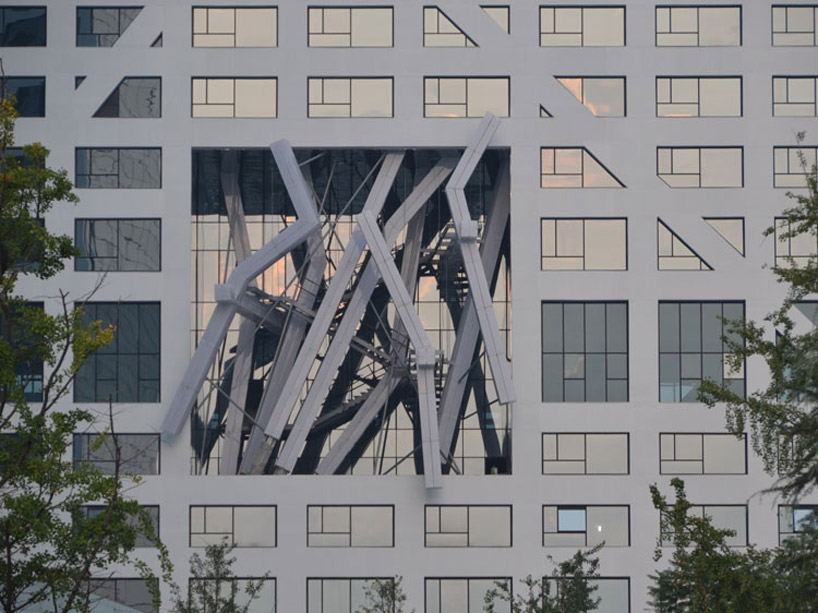 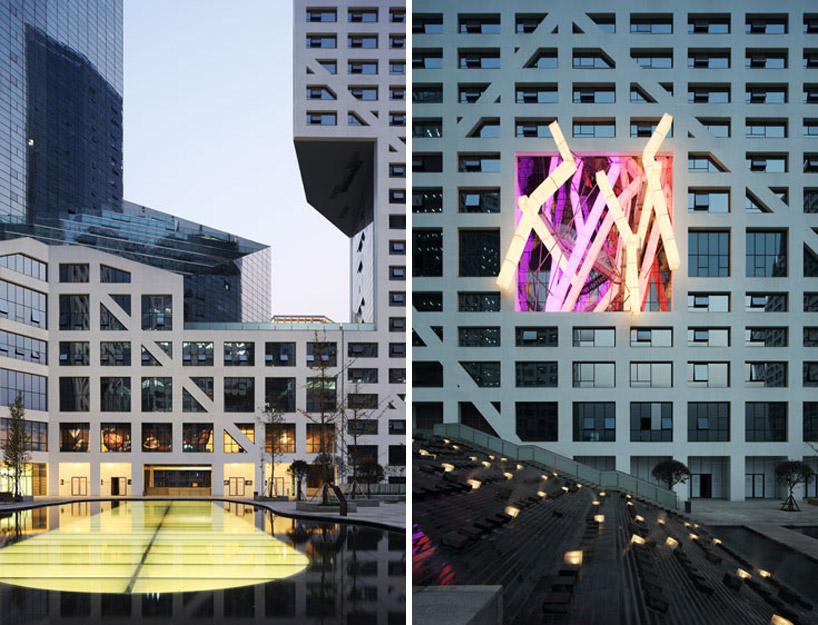 (left): architectonic features bathe the space with a warm glow at night while recalling famous natural gorges (right): the posthumously completed work by lebbeus woods is reflected in the 366 day pool below, which commemorates the inaugural 2012 leap year 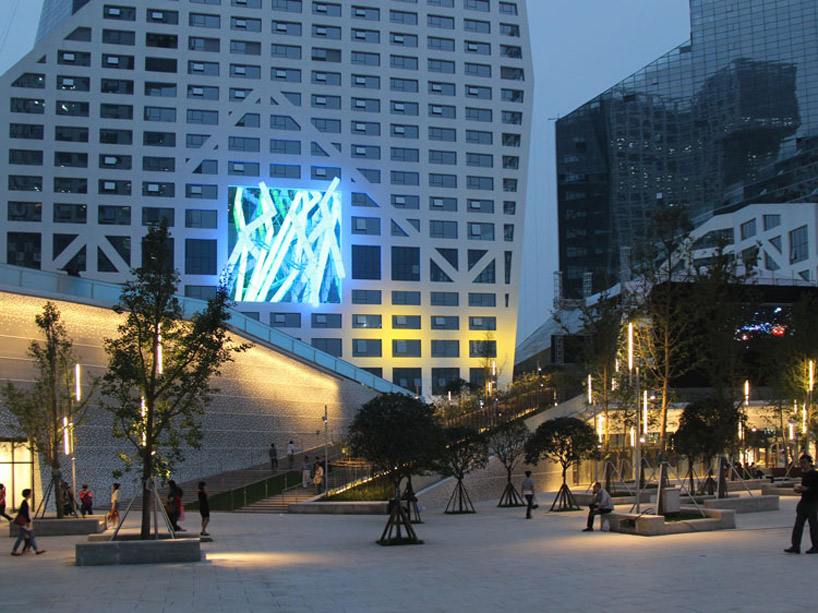 gentle ramps split the courtyard into two walkable levels, all of which frame the timed vibrant light of the lebbeus woods piece 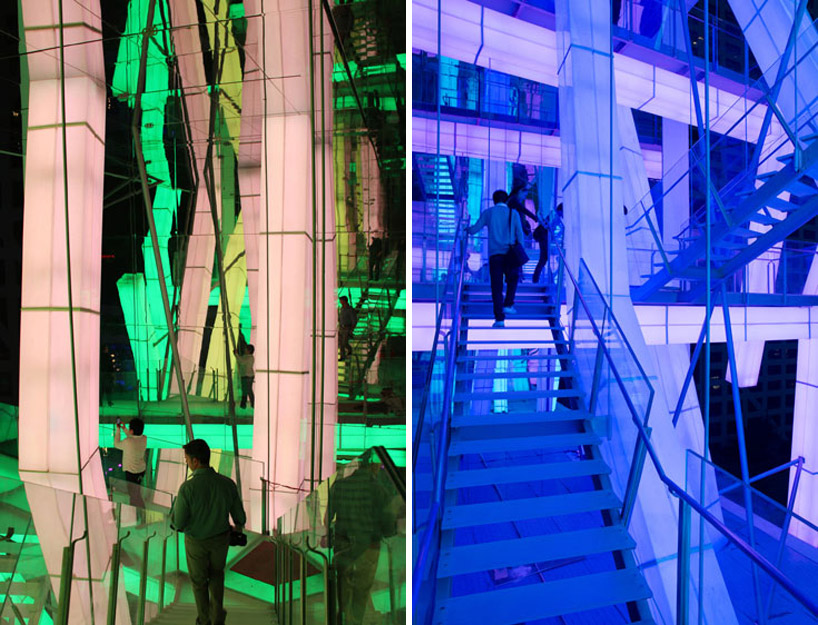 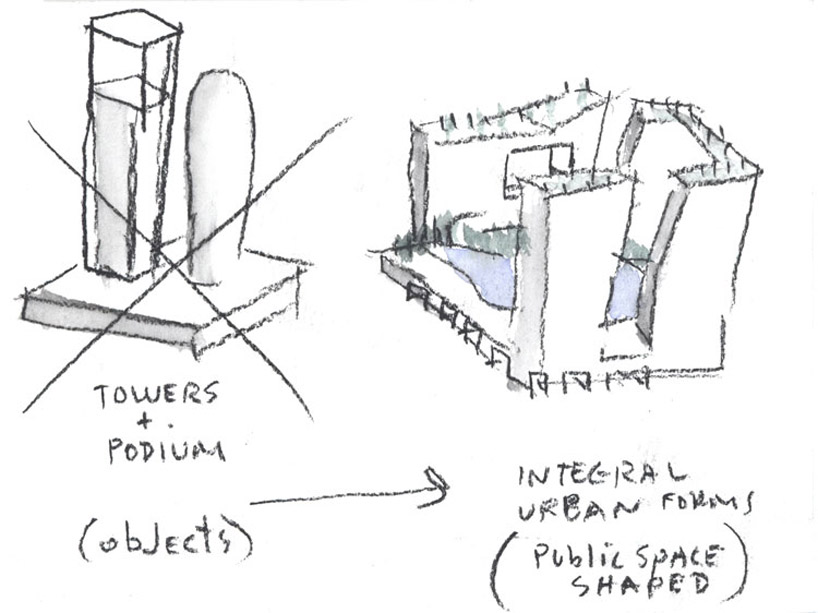 drawings clarify the relationship of building and urban landscape 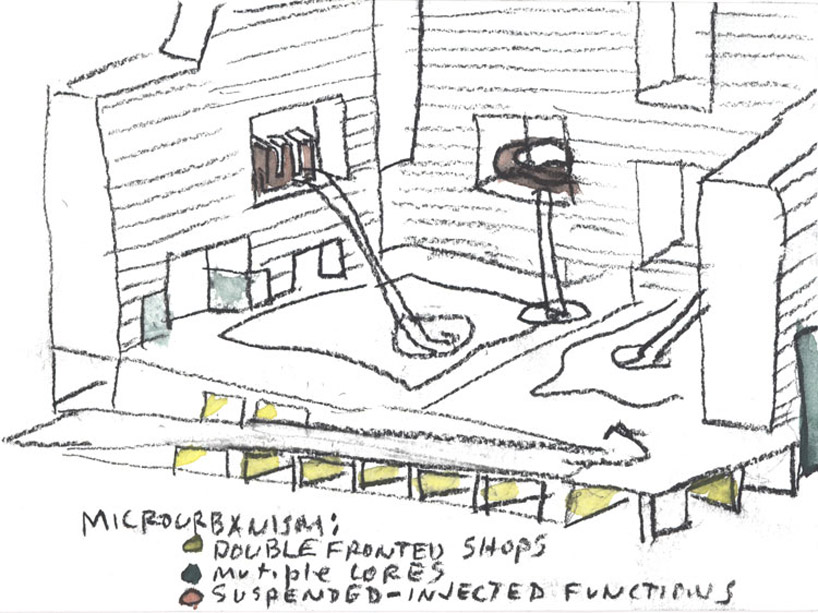 circulation diagram of the complex as it interacts with the busy main road it lies tangent to, very much in the spirit of rockefeller center in new york city