Makido Architects have completed ‘YT house‘ on the southern shore of a small lake that retains a landscape of reed colonies in Shimane Prefecture, Japan. The aim of the project was to blend Japanese sensibilities with modern aesthetics, all the while making the most of the beautiful landscape that opens up toward the lake. To meet these ambitions, the design team eschewed the formal Japanese elements for the facade, and instead, they formed a vertical grid that stands on stilts, reflecting the natural elements of the area. 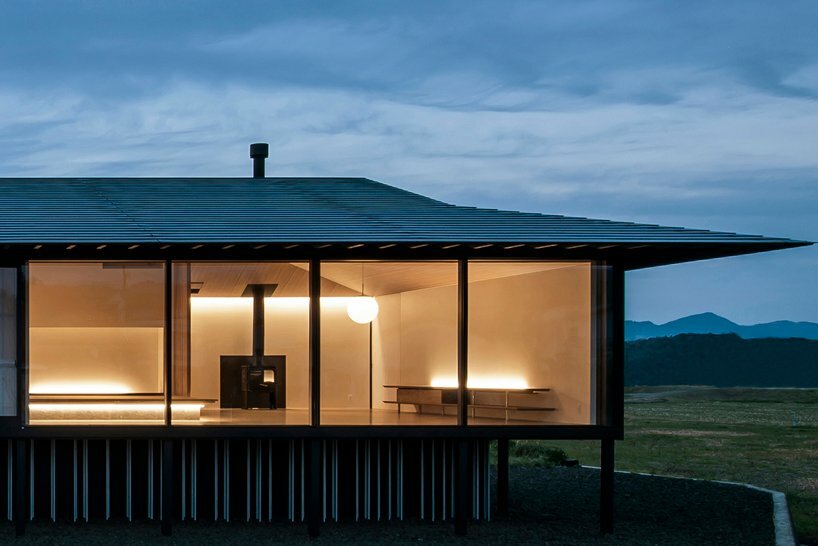 when dark, it resembles an andon lantern

In an attempt to combine Japanese aesthetics with modern architecture, the architects opted for a grid made of a silver-gray steel plate material that looks like aged gray wood. Thanks to its irregular form, its expression changes depending on the angle of view and shadows. Thus, when the dark falls, the shoji screens on the south side of the building enliven and cast a soft light on the surroundings like an andon lantern.

The floor height was adjusted taking its cue from the traditional wooden houses built on stilts. This way, it provides ample storage space, moisture proofing around the building, maintenance of underfloor equipment, and disaster prevention measures.

The area that hosts the tatami room is enveloped in a soft gradation of light created by the vertical cedar latticework and Japanese paper-wrapped shoji screens. Inside, the design team created a play between heights and levels. Sloping ceiling panels of the same wood grain style with heights ranging from 1,900 to 3,700 cover the entire plane. Thus, the interior changes character depending on the height of the floor, creating cozy nooks for its inhabitants. 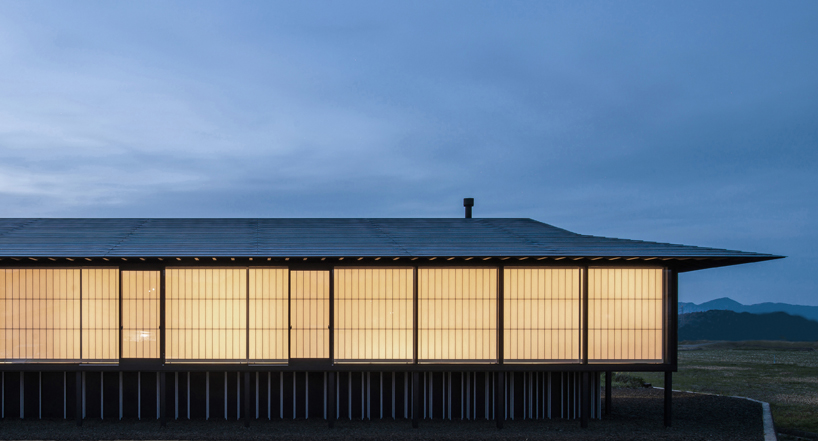 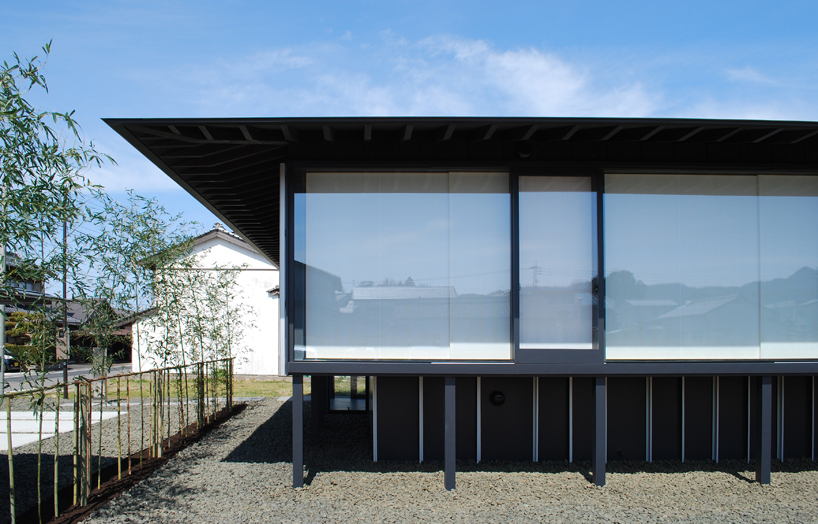 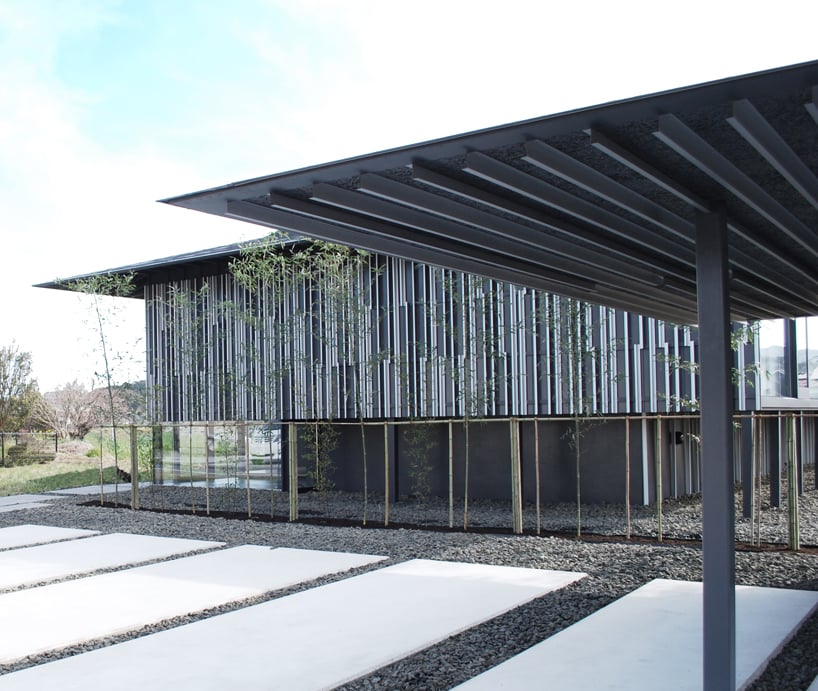 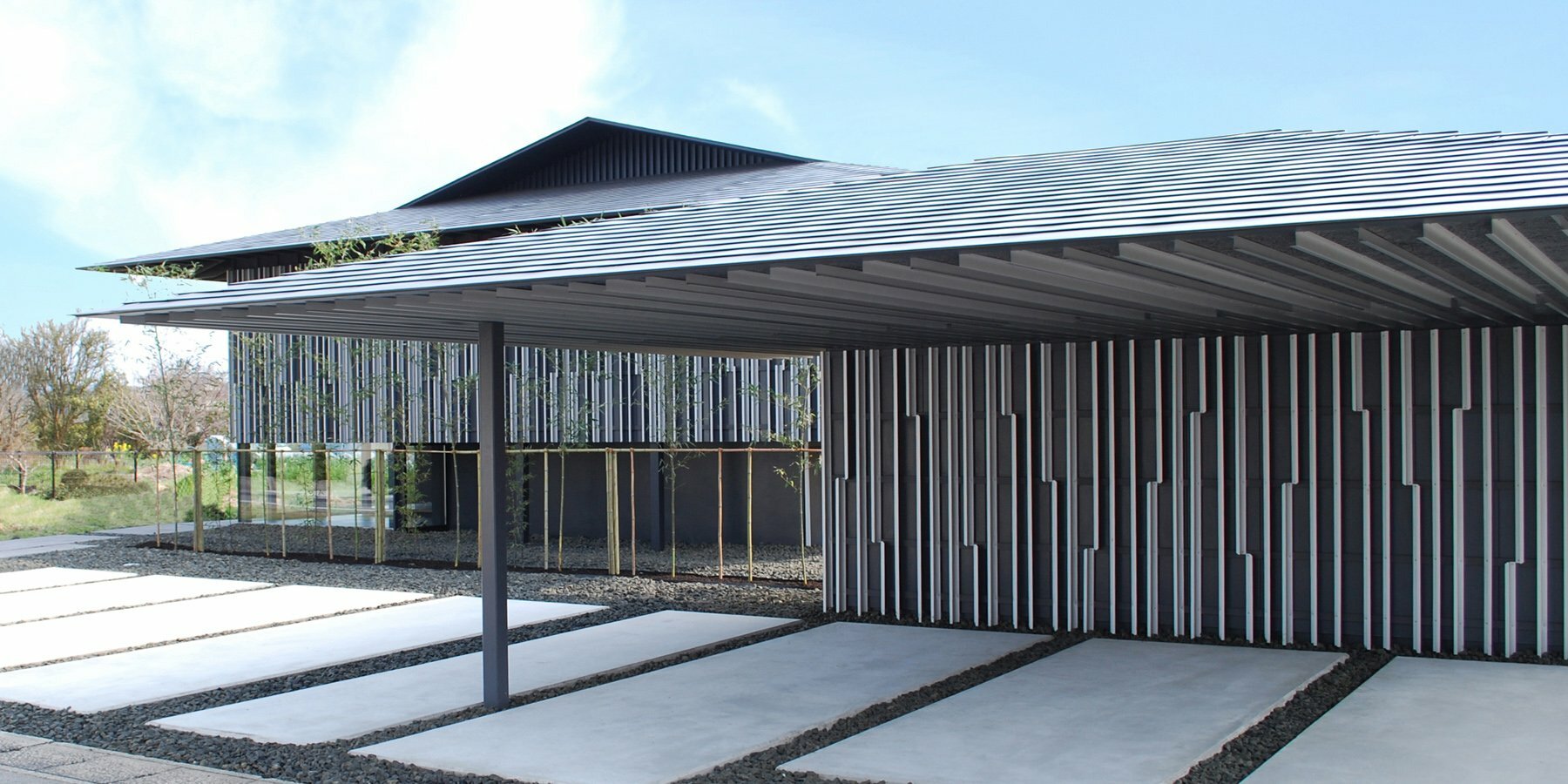 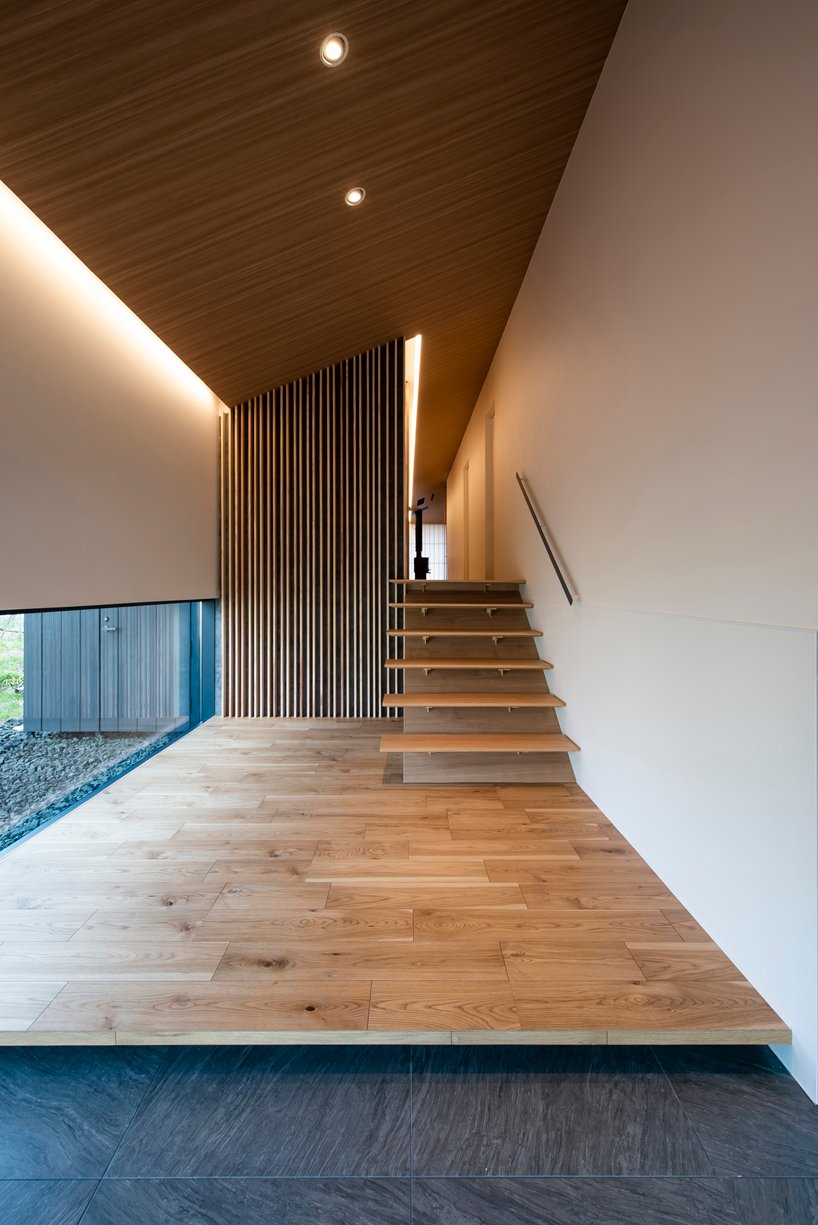 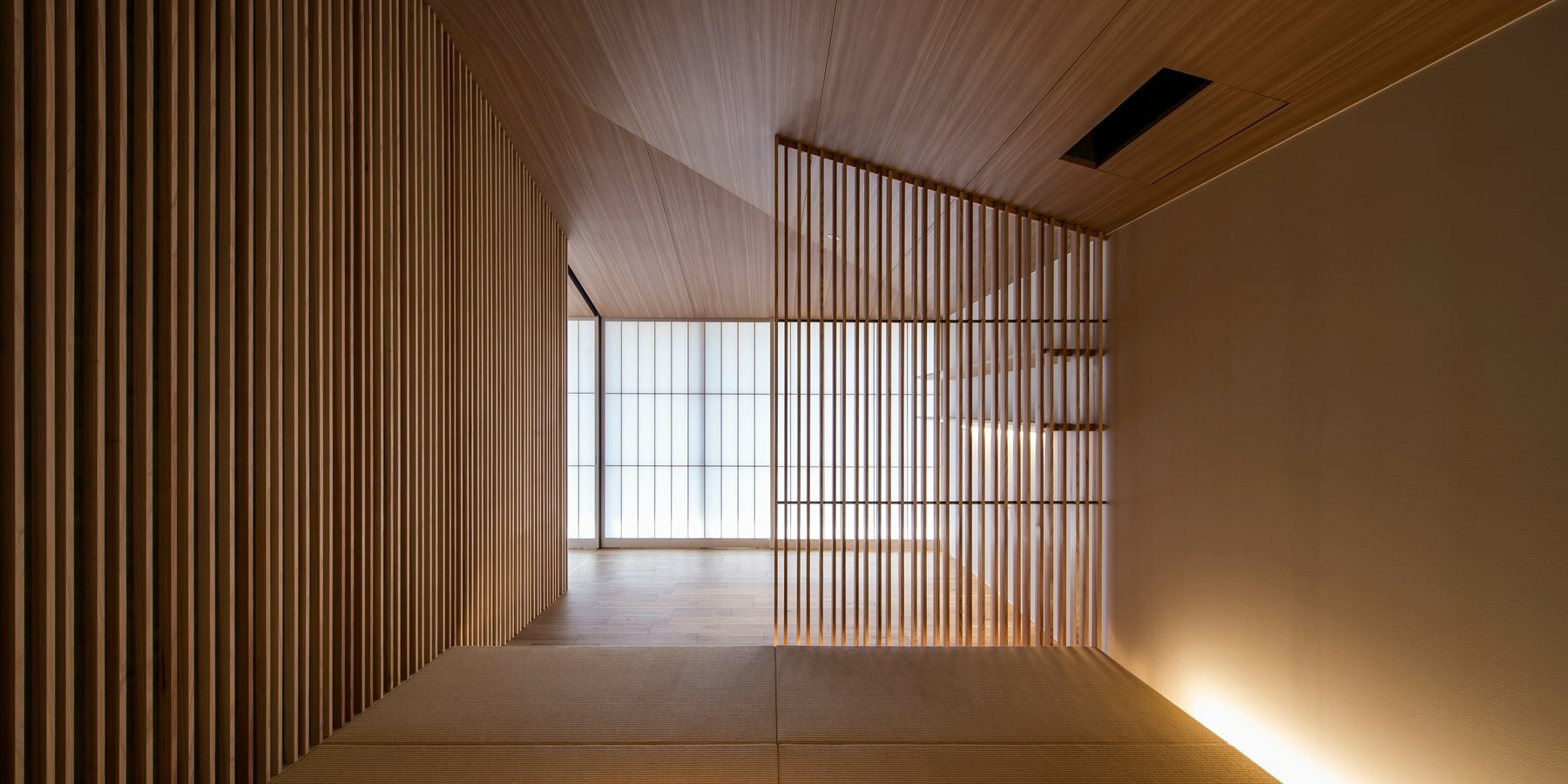 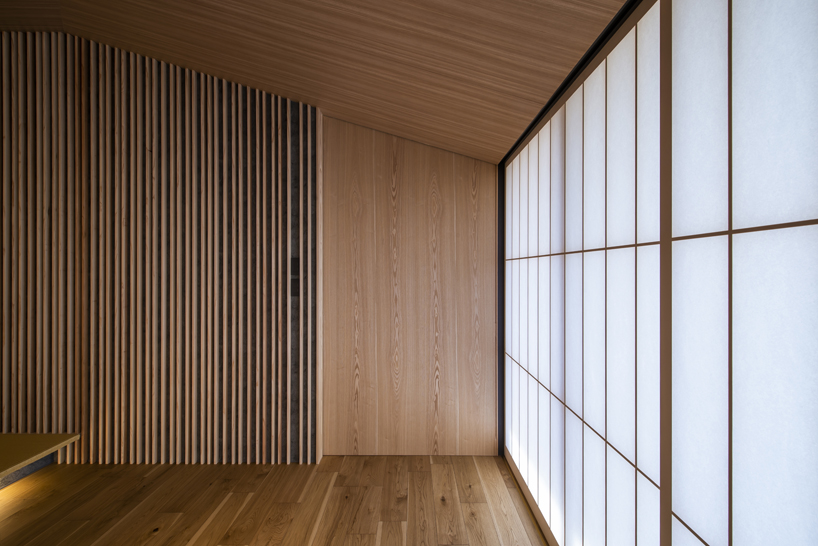 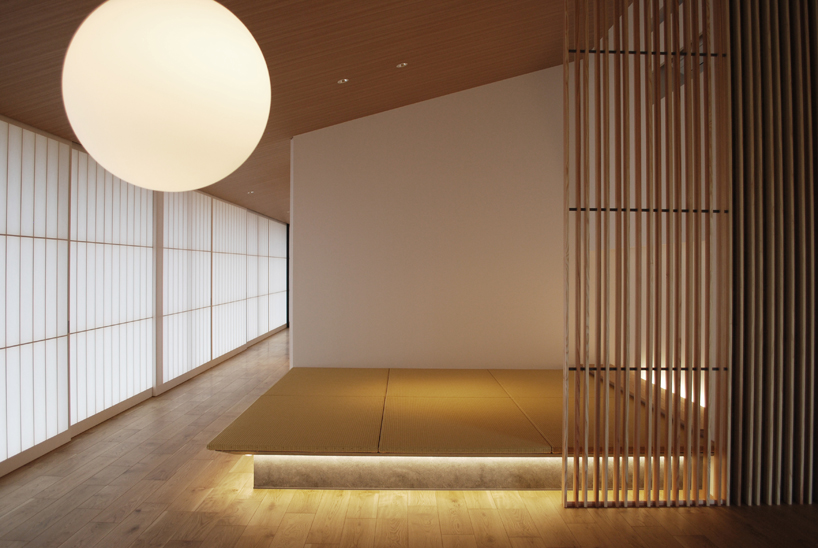 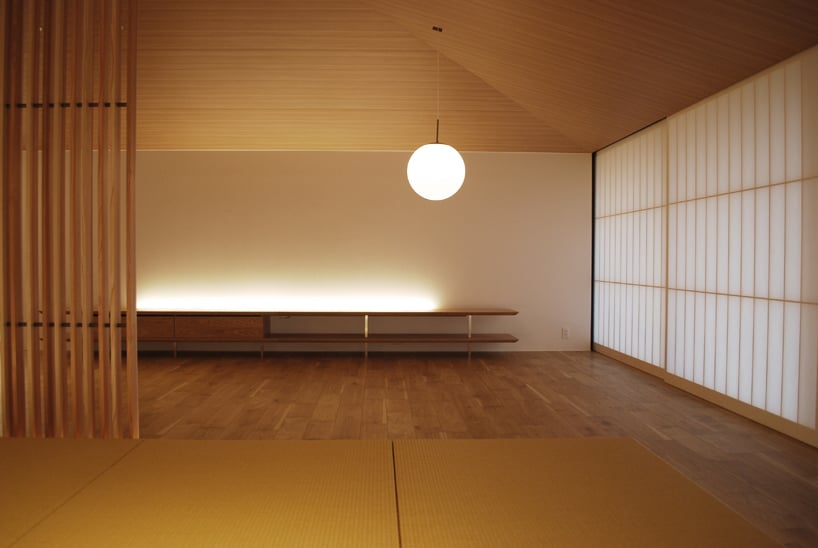 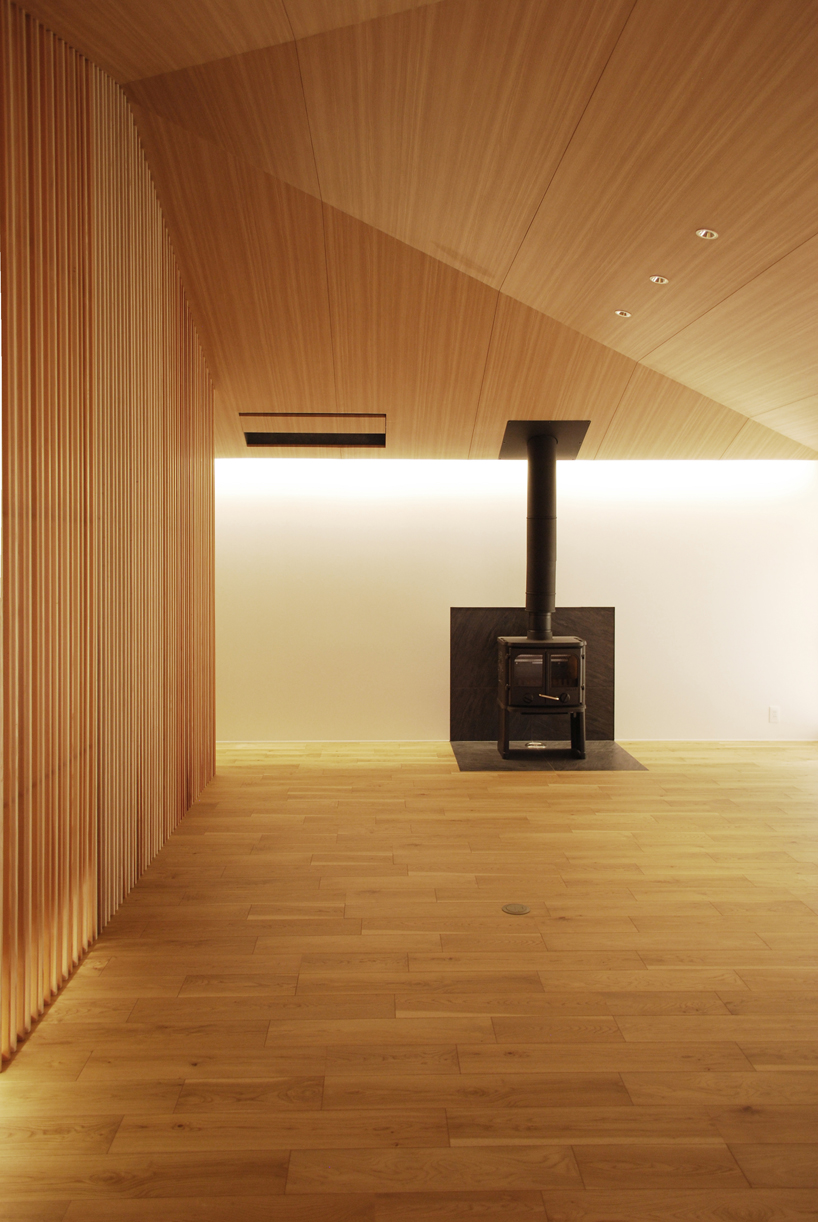 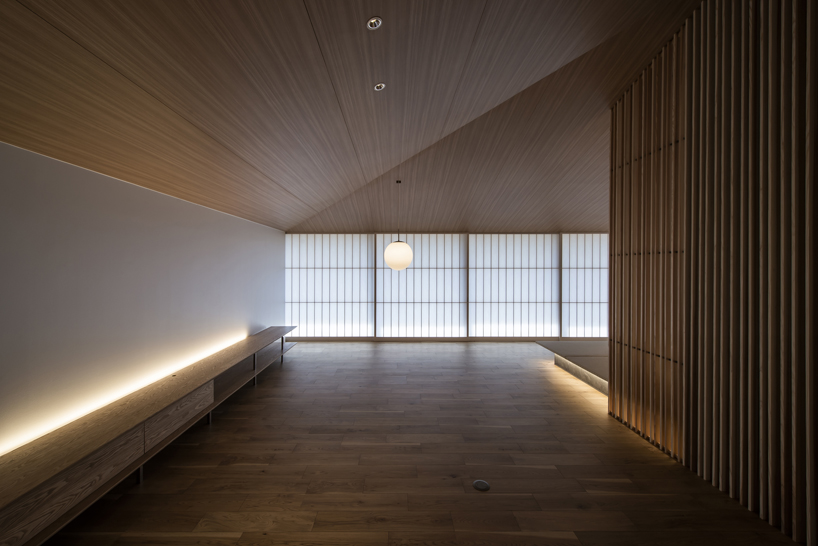 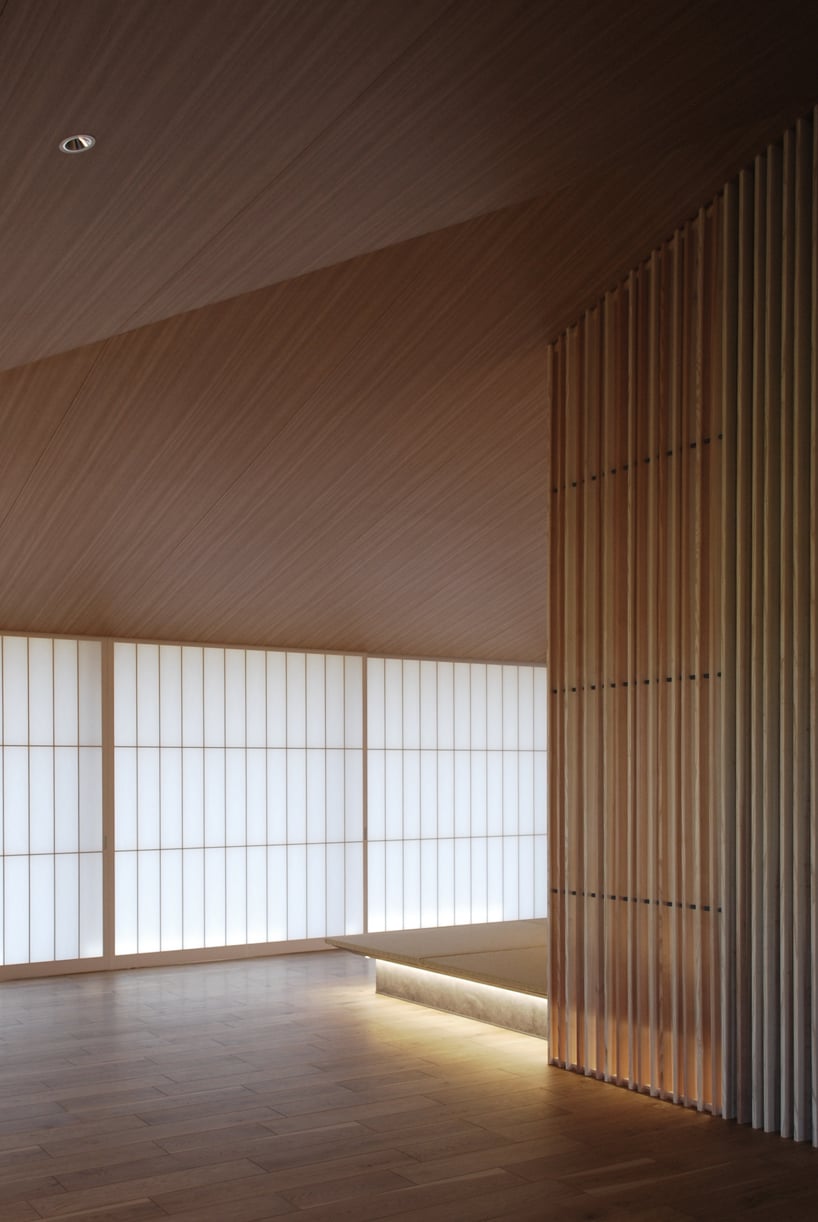 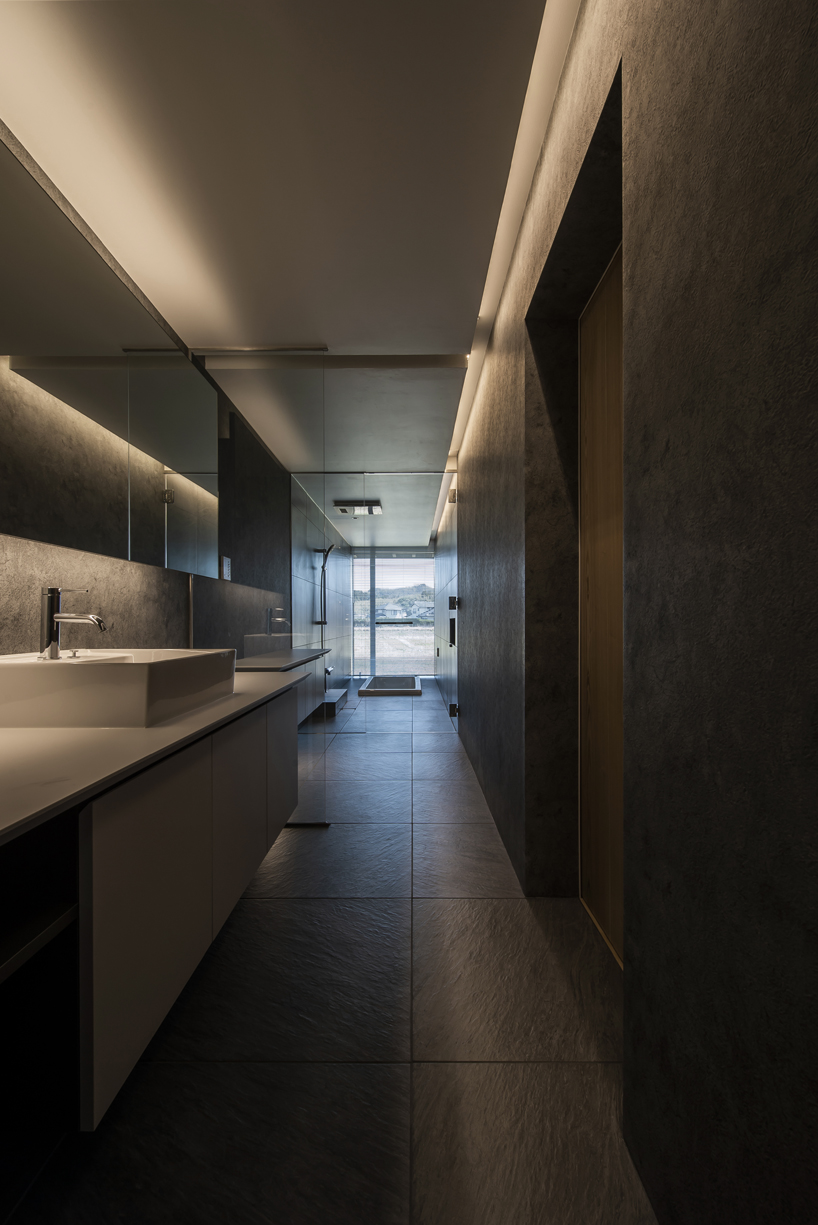 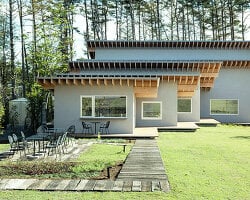