the laughing cow — or la vache qui rit as it’s known in its native country — is a brand of creamy cheese born in 1921 in the eastern french town of lons-le-saunier. to celebrate 100 years of the cheese, studio 5•5 has shaped an exhibition space in lons-le-saunier that reflects the playful nature of the brand; filled with bright colors and those iconic cardboard discs. 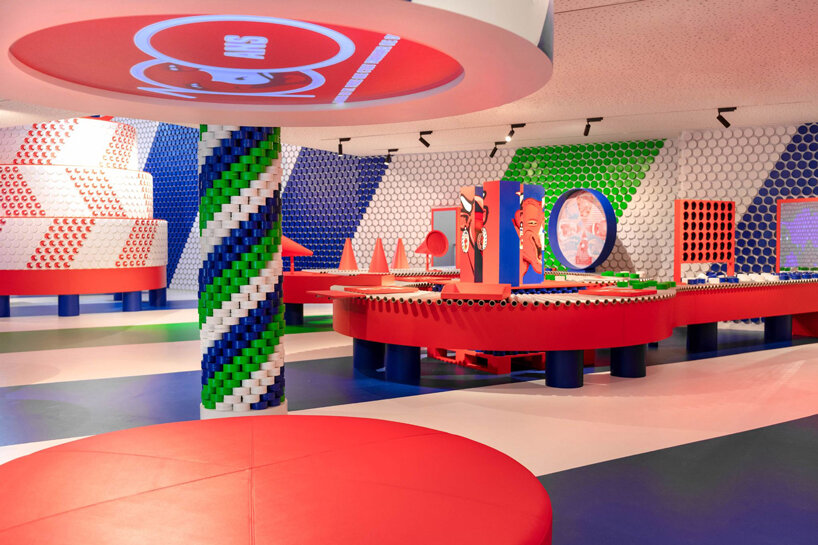 from france to russia, iran to indonesia, the laughing cow cheese is sold all over the world. while the name may change from country to country, the jovial red cow on the packaging remains, and it’s this image of the laughing cow that studio 5•5 sought to express throughout the entire anniversary exhibition. 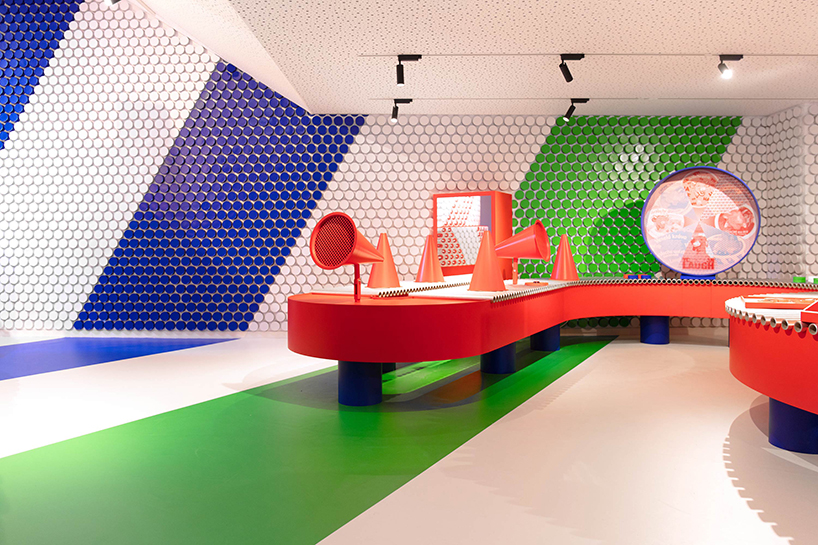 to create the space, the designers utilized recyclable cardboard discs that were made from the production tools of the factory located 500m from the exhibition venue. the little round box permeates throughout the room, from the walls to the shop window, to the archive, the video, and even the giant birthday cake. pops of bright red, white, green, and blue color the cardboard boxes, resulting in a fun and playful experience for visitors to lons-le-saunier. 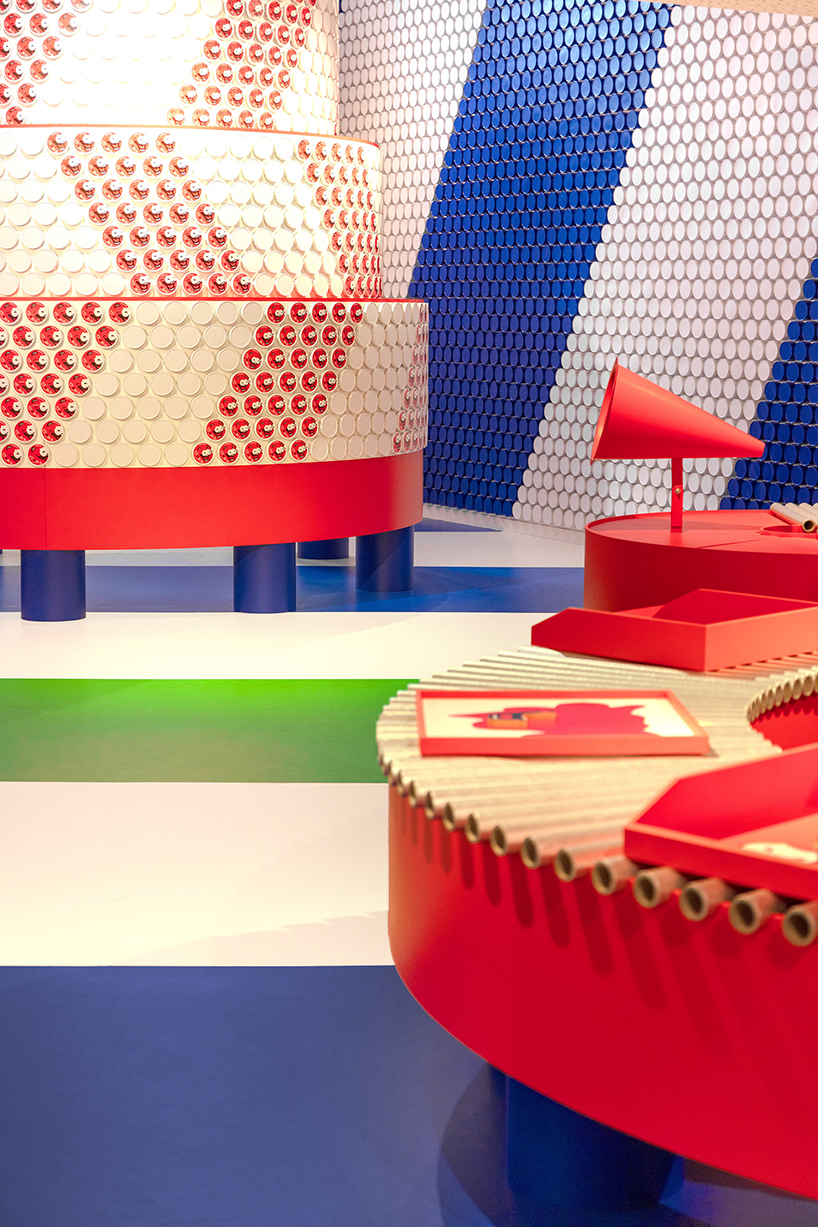 ‘what an honor to be invited by the laughing cow on the occasion of its 100th anniversary,’  says studio 5•5. ‘humor has been an integral part of our work since the creation of the studio and to participate in the anniversary of the laughing cow is an obvious choice!’ 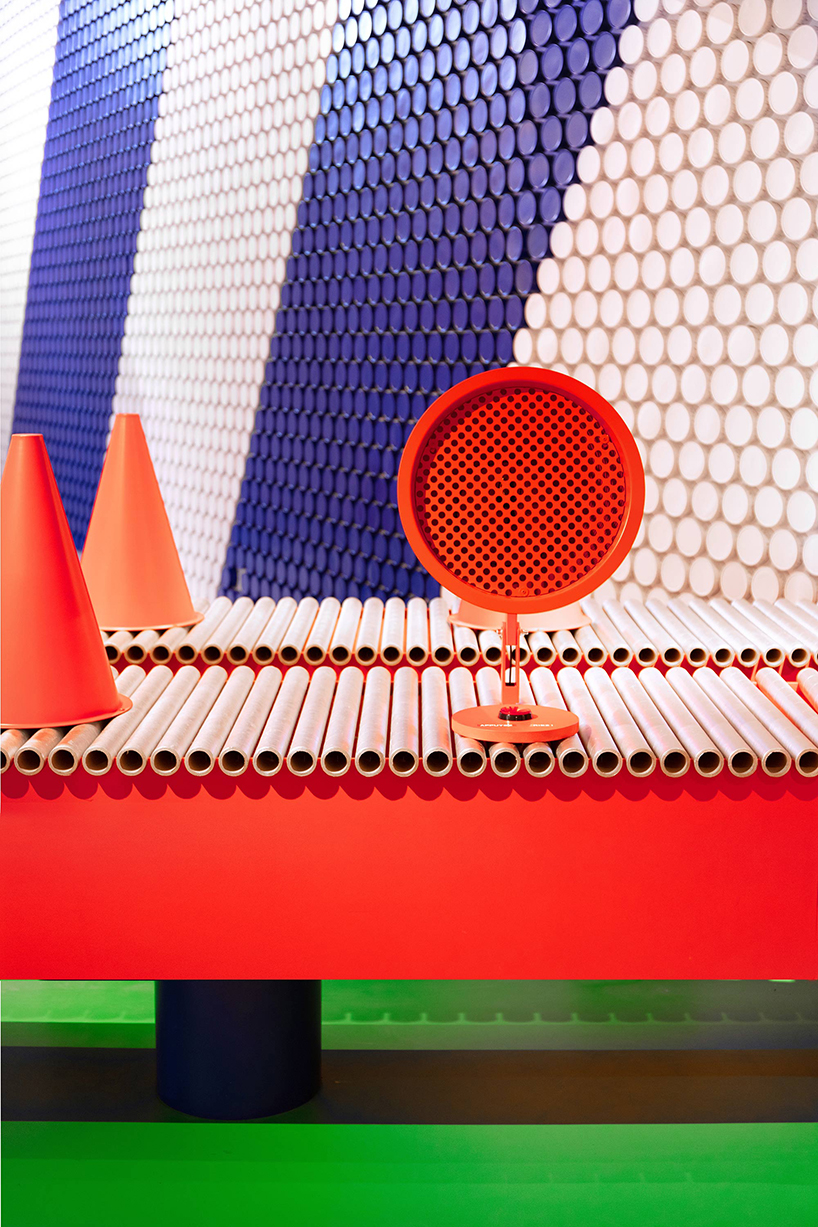 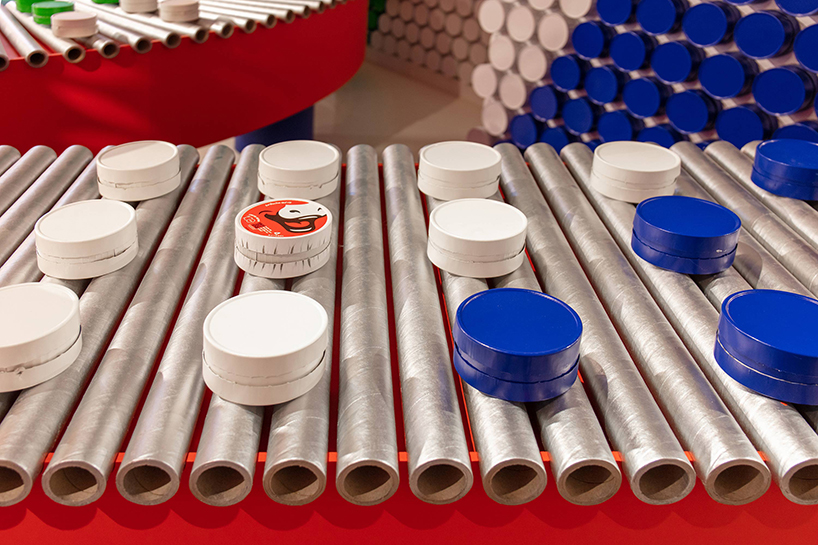 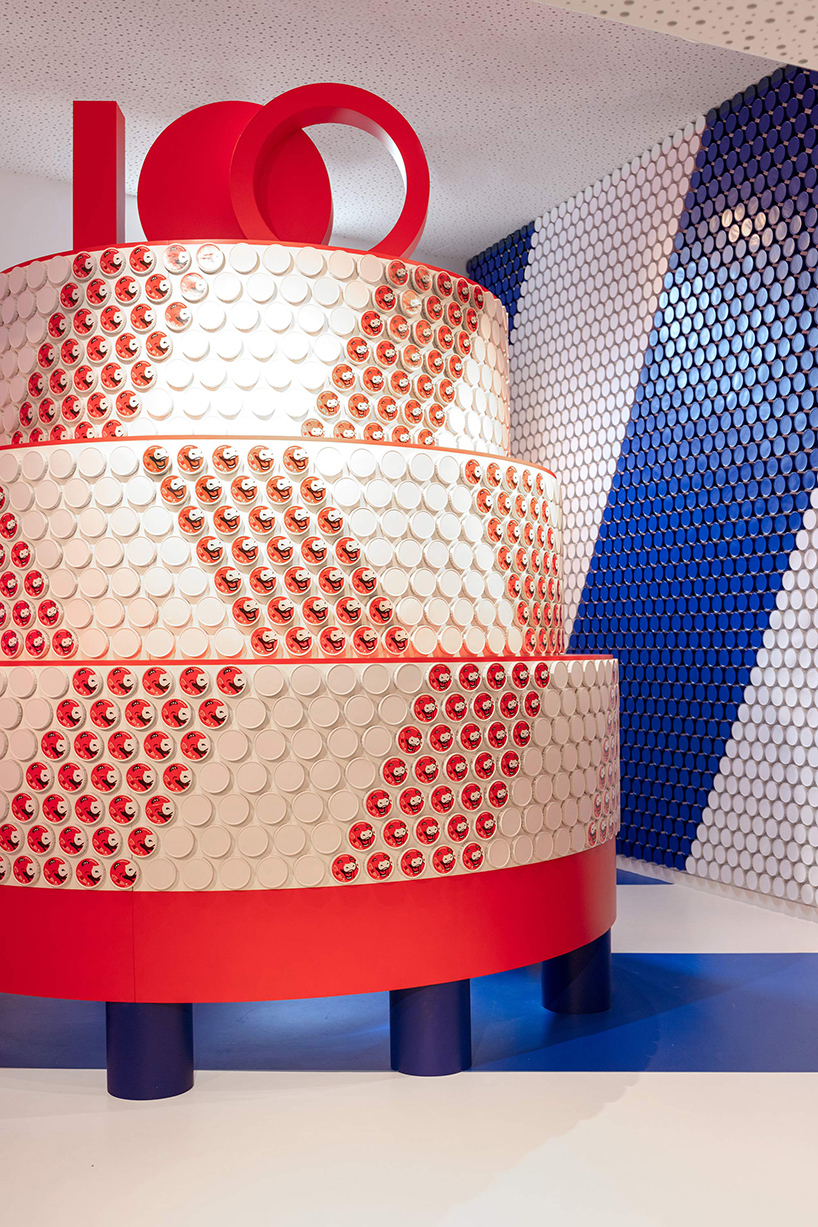 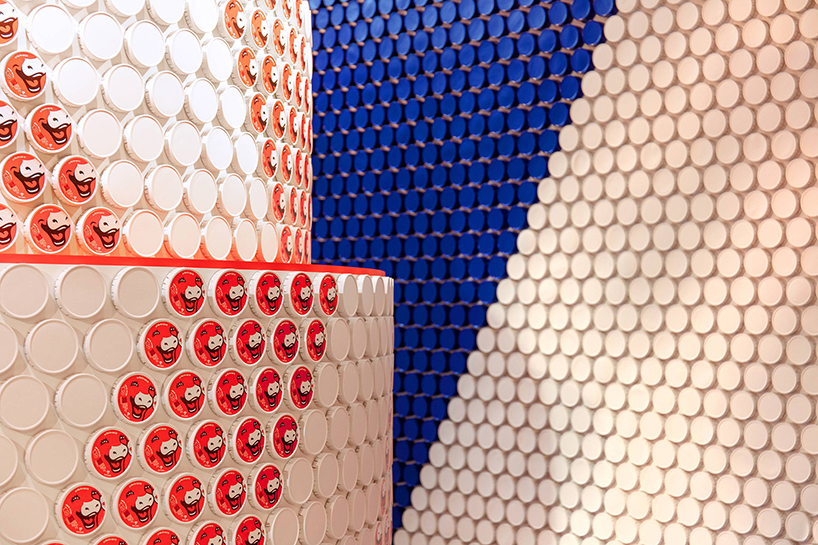 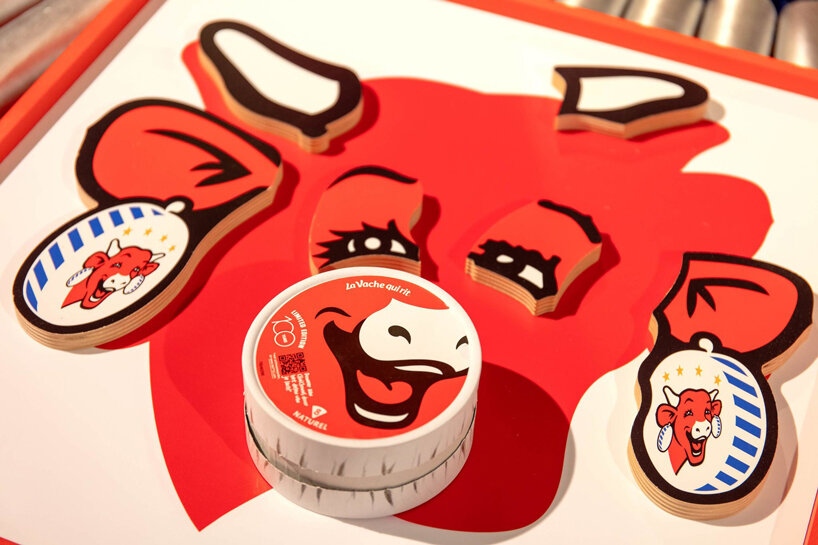 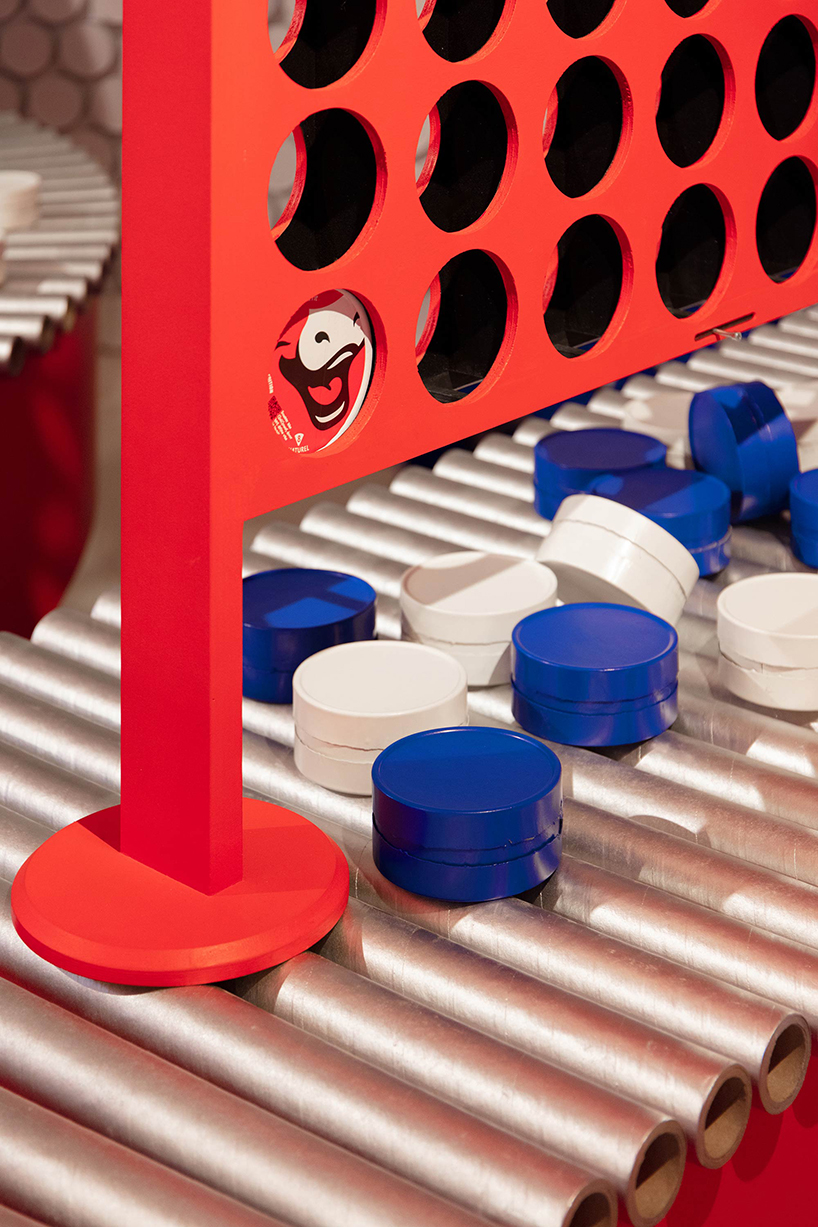 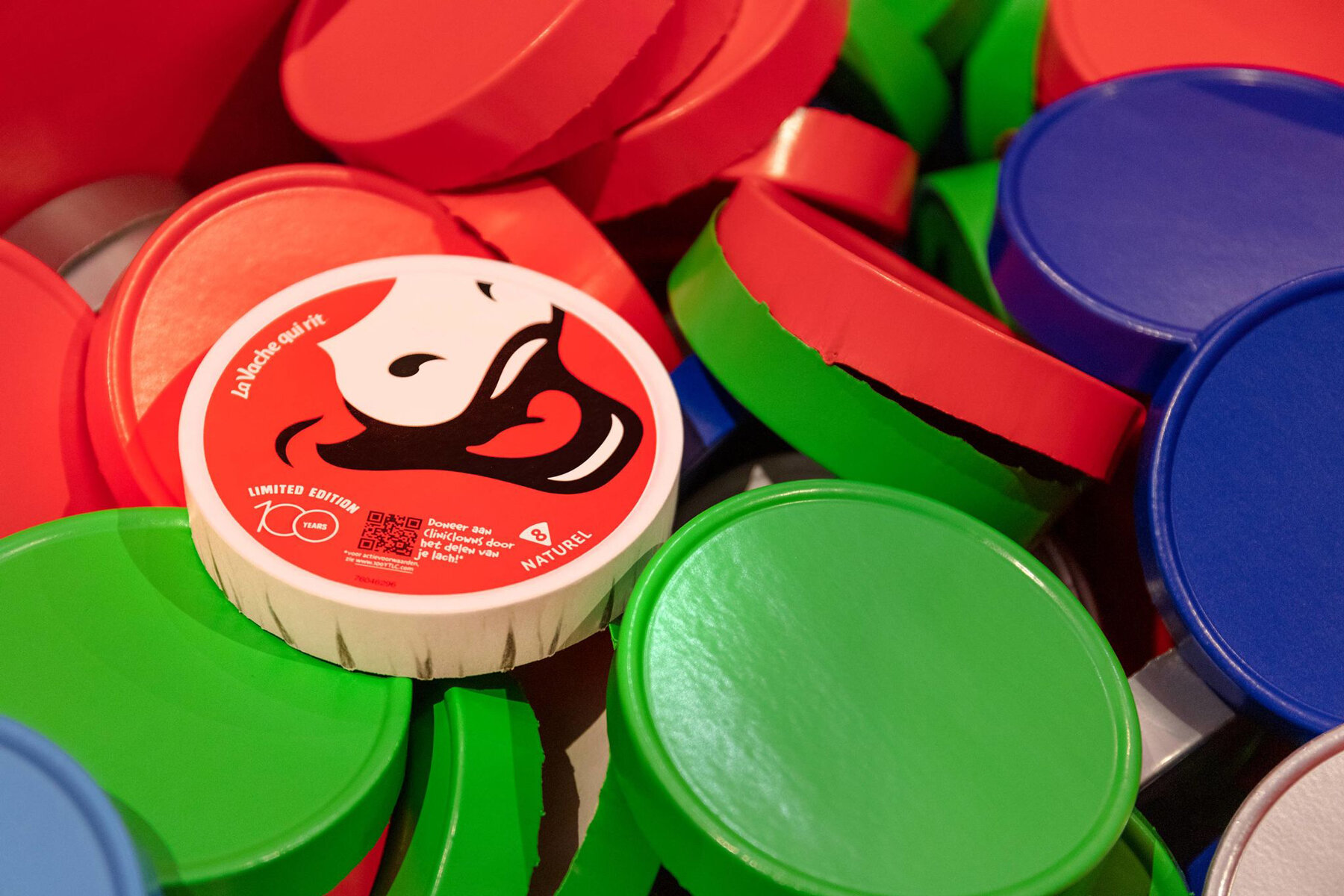 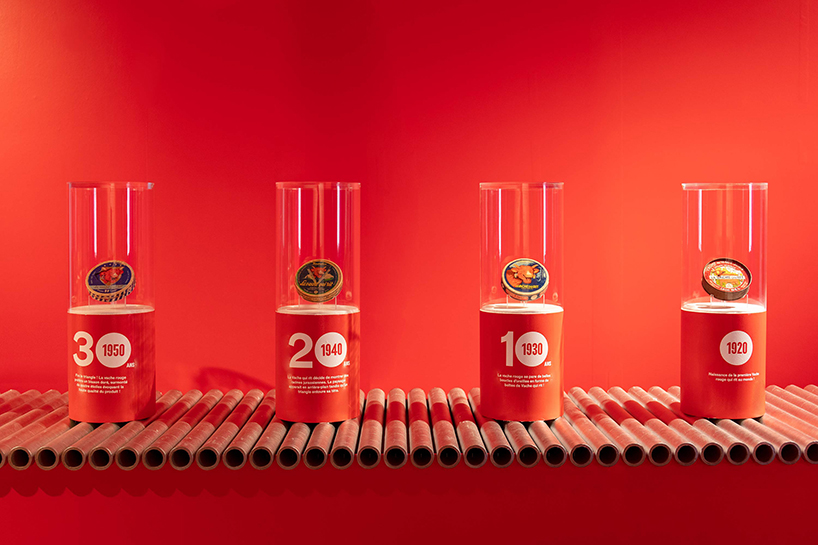 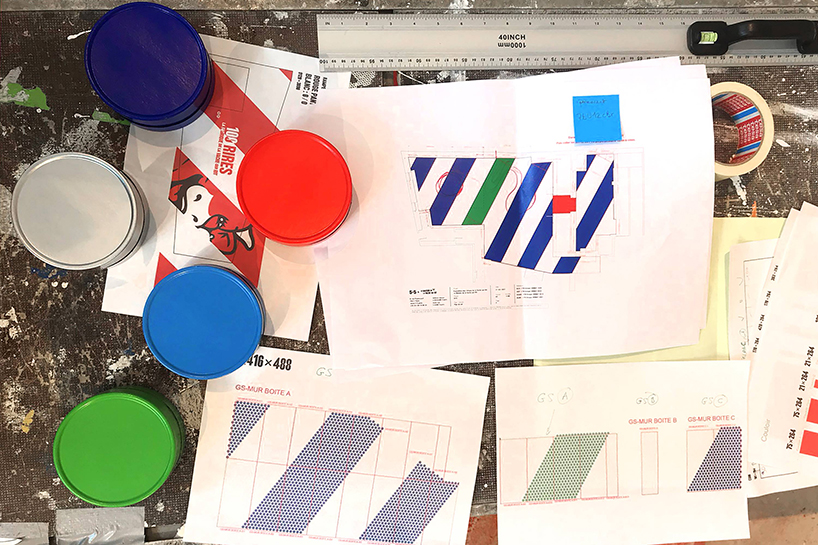 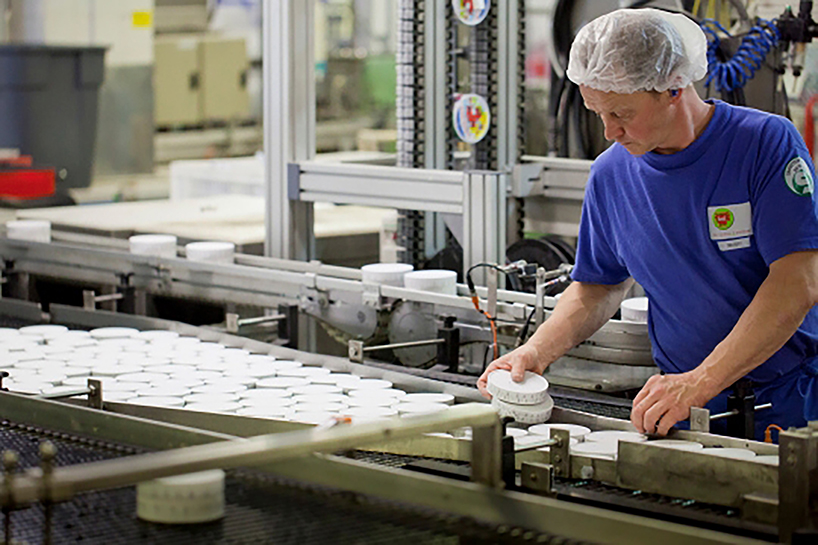 name: 100 laughs! the factory of the laughing cow for her century! 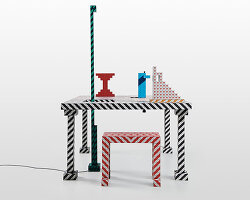 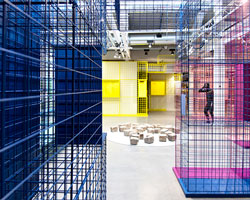