new york-based creative design studio dror has unveiled three striking residential towers, each catered for specific districts, while exploring the architectural fabric of new york city. presented in black and white, each design has been approached with a futuristic and innovative vision- reflecting the principles of the studio. 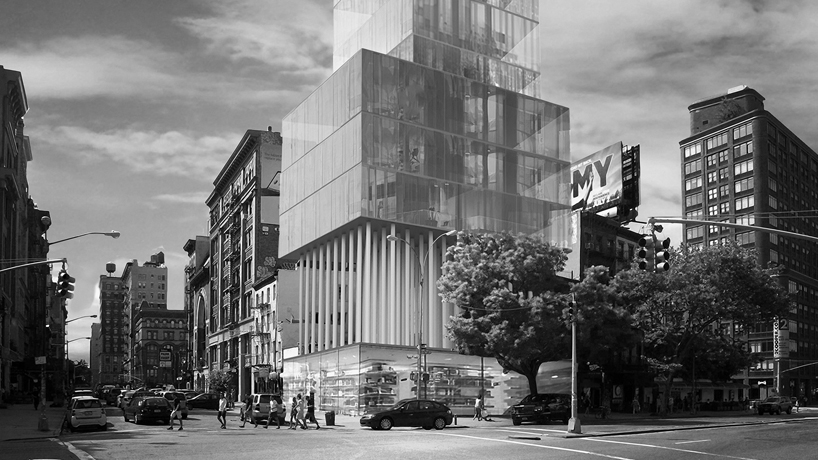 a collection of thin stilts support the 350 bowery tower

orientated to follow the horizontal planes formed by the roofs of its neighboring buildings, the design of ‘350 bowery’ was driven through the concept of developing a structure that enhances and respects its context. revealing the stacking of two glass volumes, seemingly supported by a series of stilts while balancing on the ground section that would feature retail units. 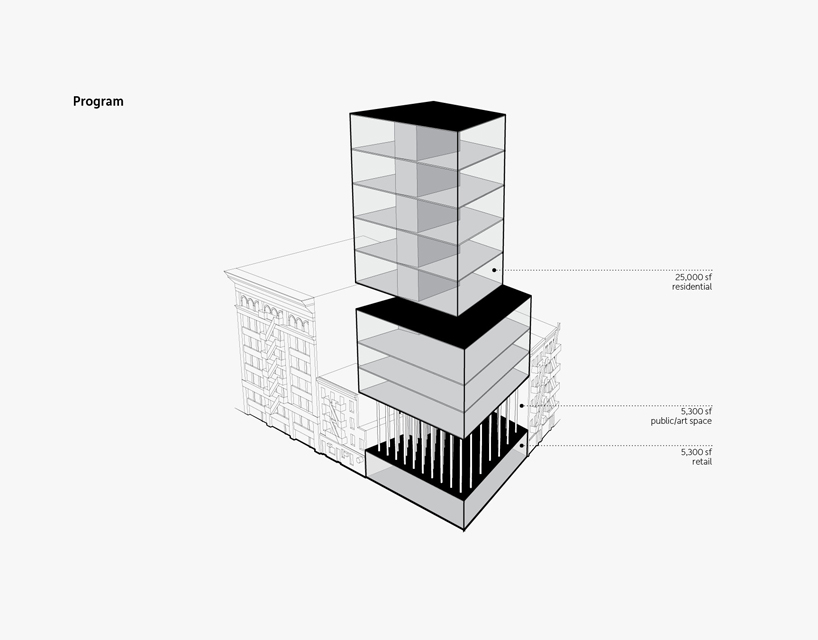 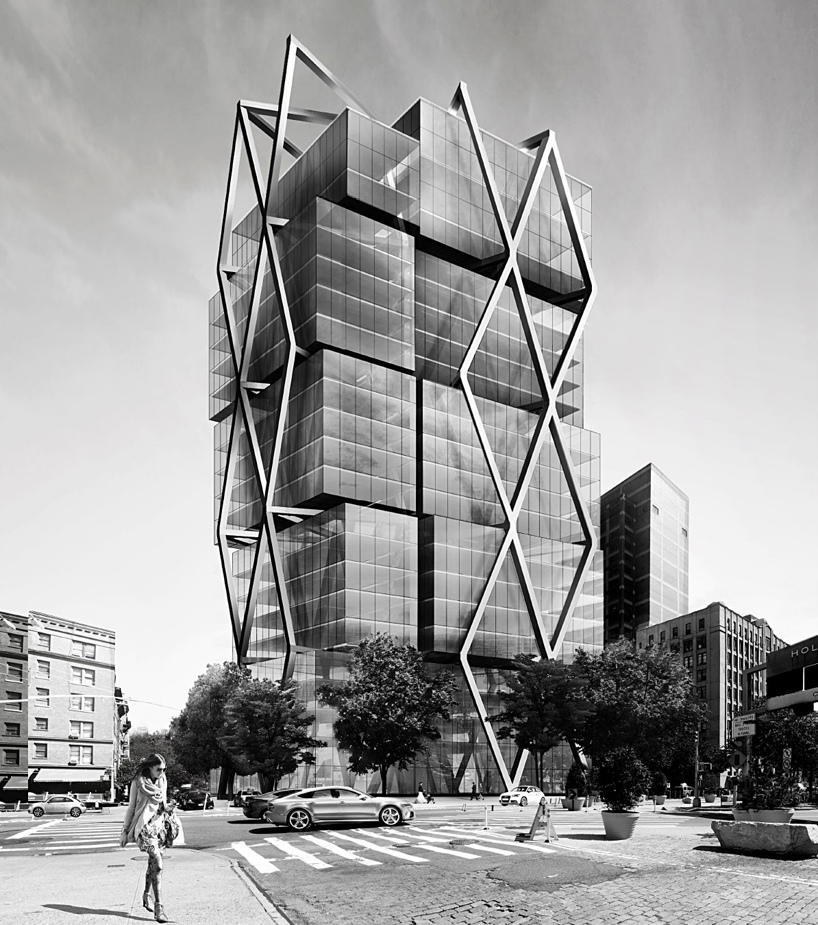 100 varick is wrapped in the studio’s quadror exoskeleton

‘an elegant dance of geometry, shadows and light’. with 25 floors separated into five-storey units, the structure explores the studio’s unique technique of ‘QuaDror’- a method where weight distribution of two interlocking members, creating a shape that stay together in a unique and supportive way. this is seen in the interconnecting, triangular exoskeleton where glass volumes would be inserted into the apertures formed by this frame. 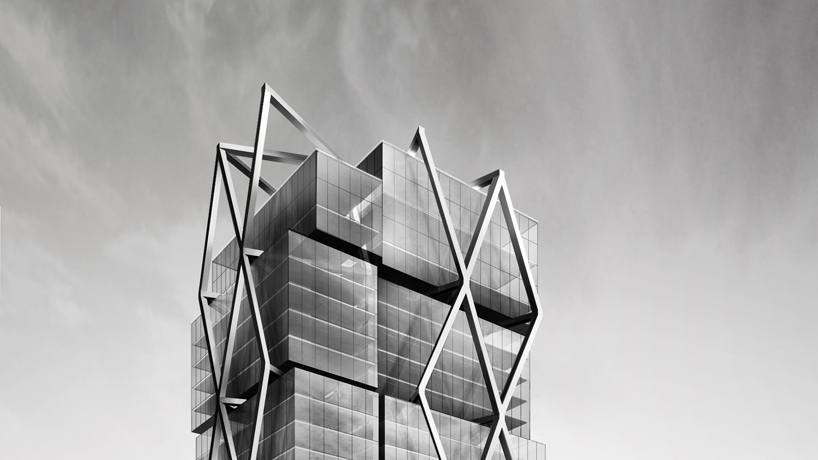 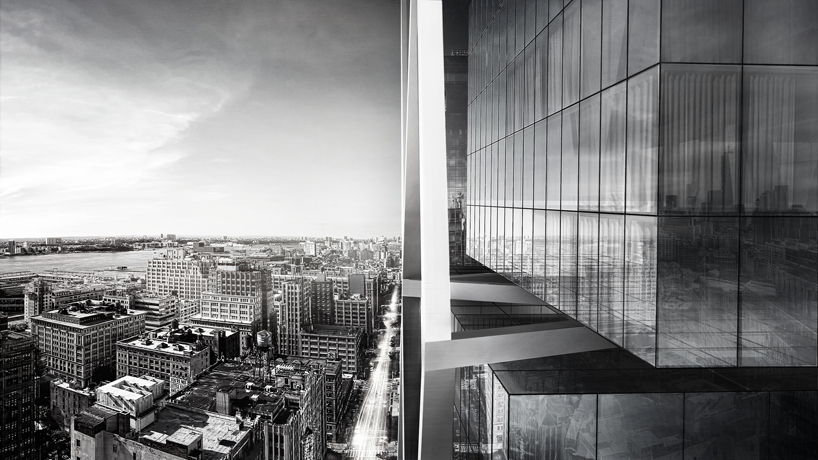 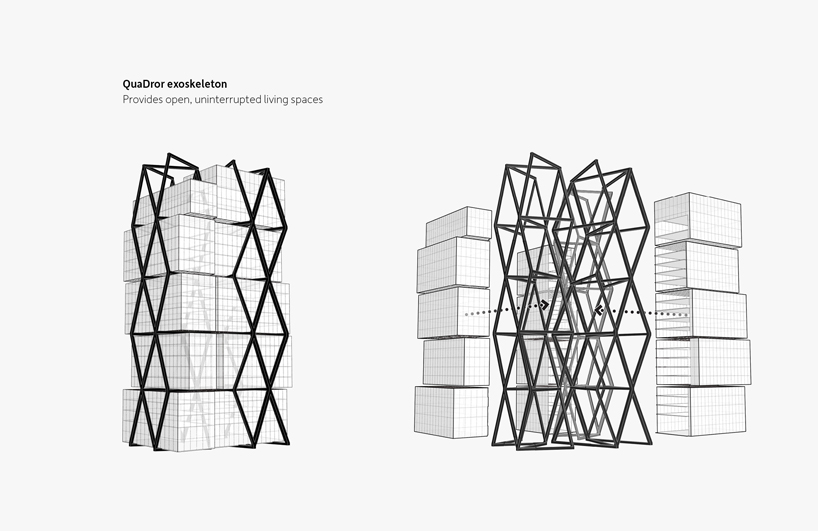 the structural element was created by the founder of the studio: dror benshetrit 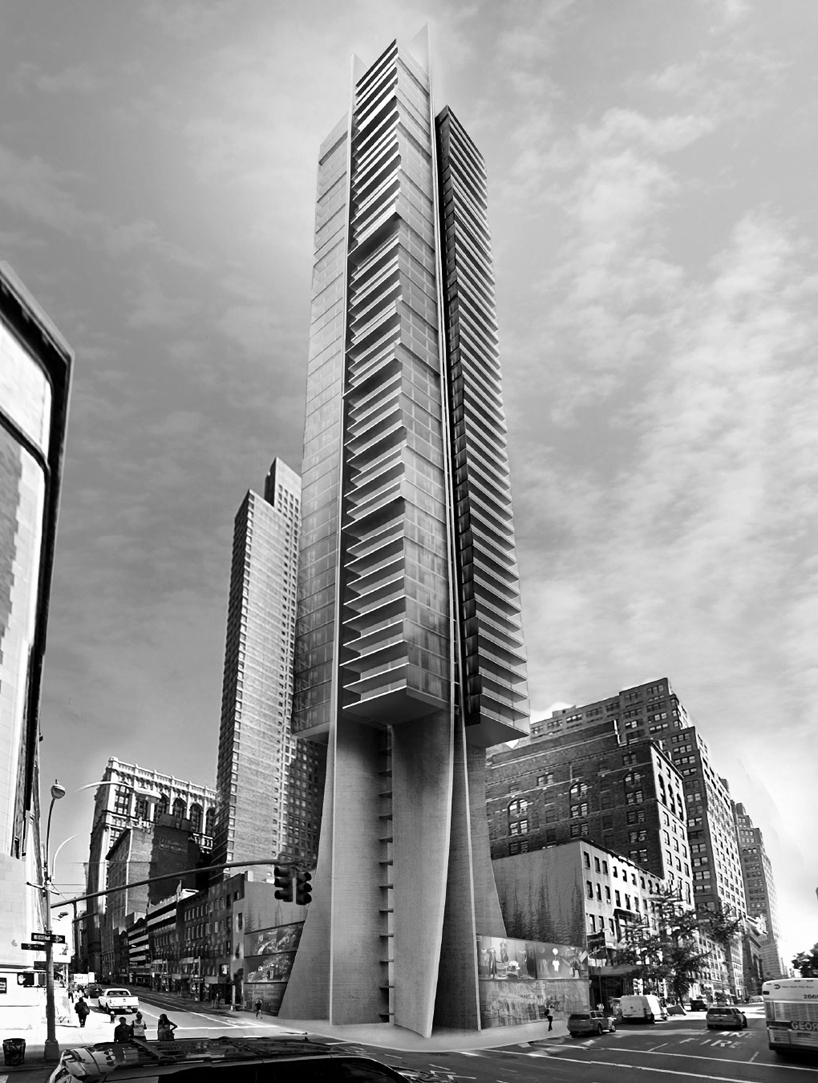 standing at 1,000 feet on the corner of fifth avenue, the final conceptual tower is based on a pinwheel shaped frame. the unique arrangement responds to the thin concrete slabs which starts from the ground level and rises all the way up. apartments are separated into four sections, protruding out while capturing different angles of the cityscape. 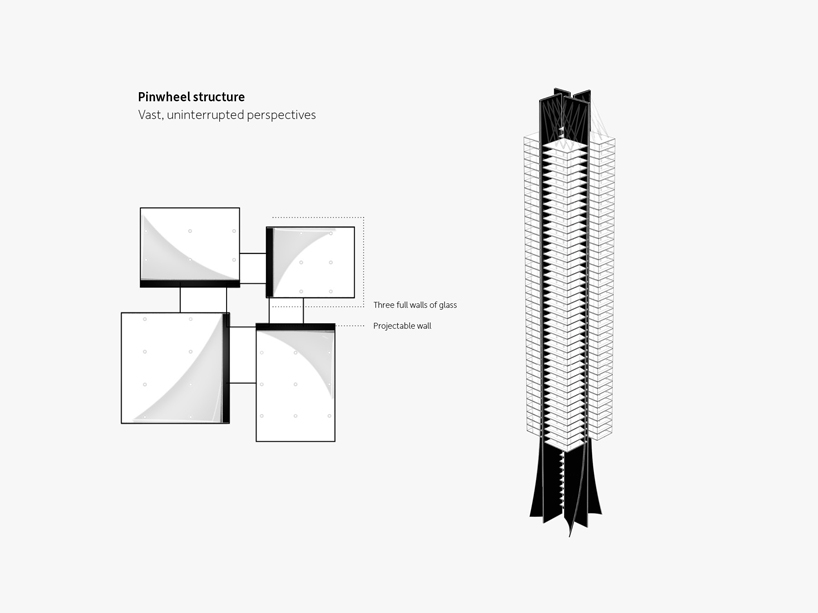