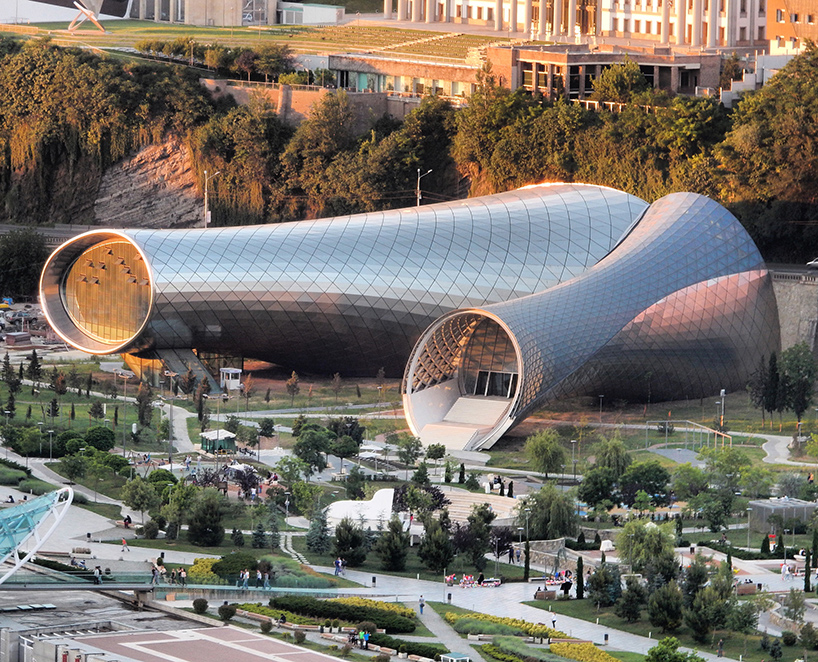 italian architecture studio fuksas has revealed images of a new cultural complex it is working on in the georgian capital of tbilisi. located within the city’s rhike park, the building is composed of two sculptural tubular elements that both open up onto the adjacent green space. connected via a shared retaining wall, the two volumes house a musical theater and an exhibition hall respectively. the former is a 566-seat auditorium that also contains a cafeteria, storage areas, and technical facilities. its funneled form has been conceived as ‘a periscope to the city’ — framing views of the river, and the historic town beyond. positioned to the south, the exhibition hall presents an open staircase to the public realm, welcoming visitors inside.

the complex is located in close proximity to a public service hall, which fuksas completed in 2012. the building is topped with 11 sculptural petals that rise to a total height of 35 meters. see more of the project on designboom here. 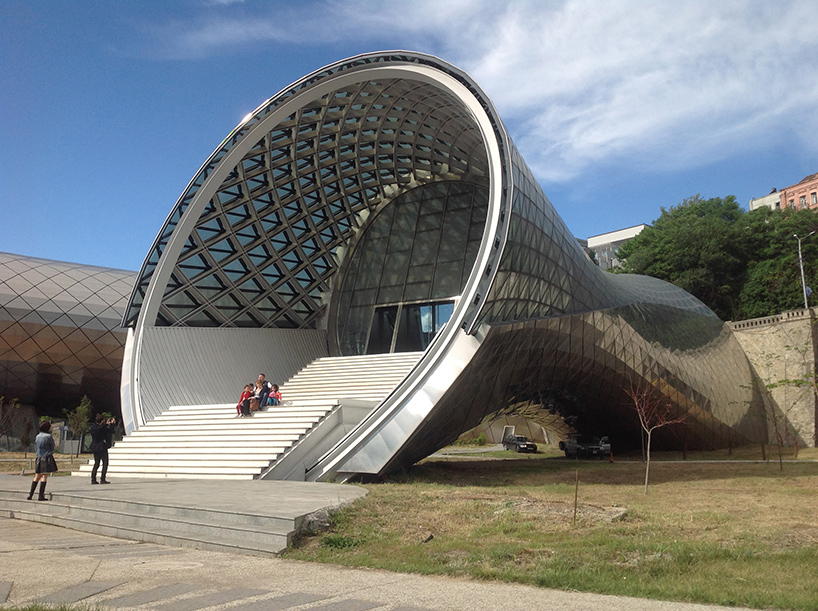 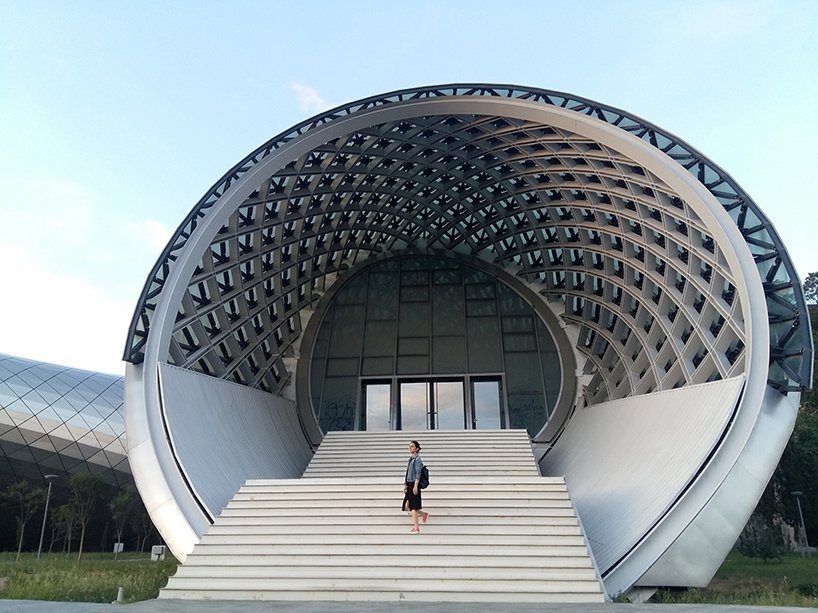 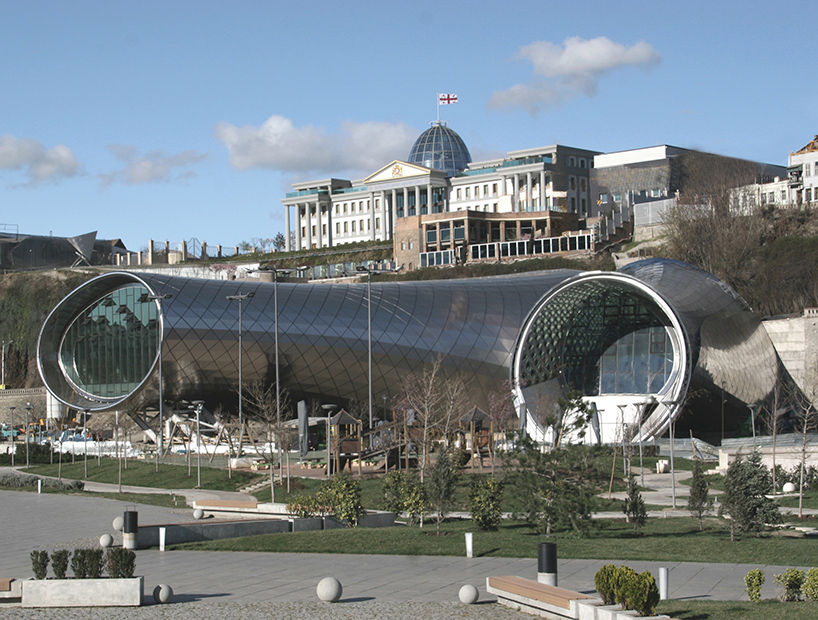 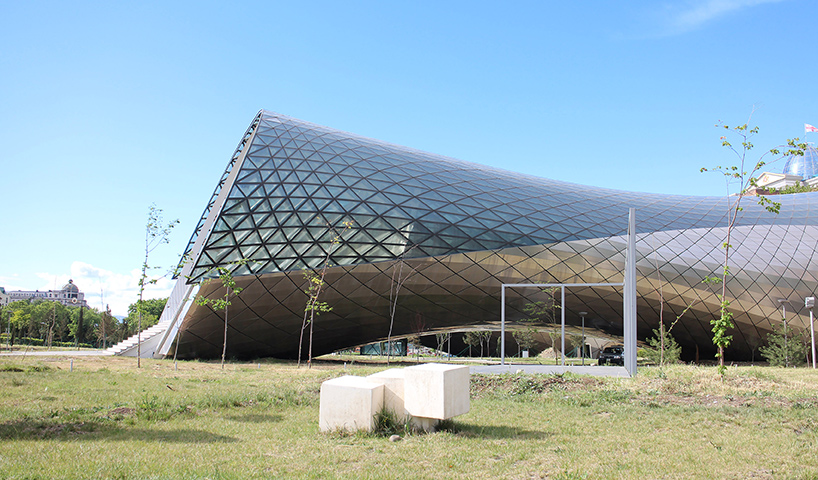 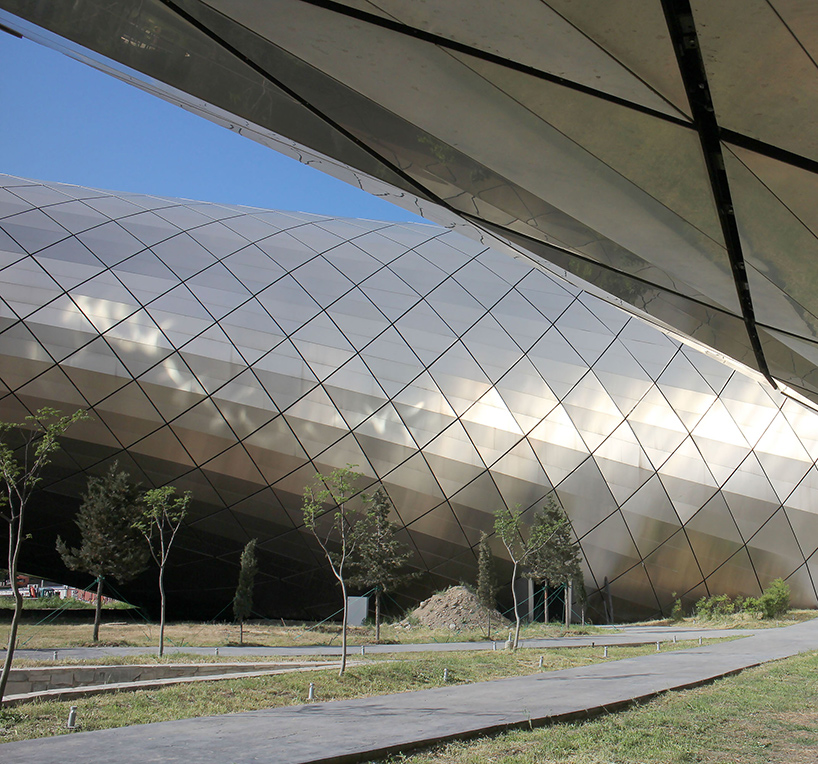 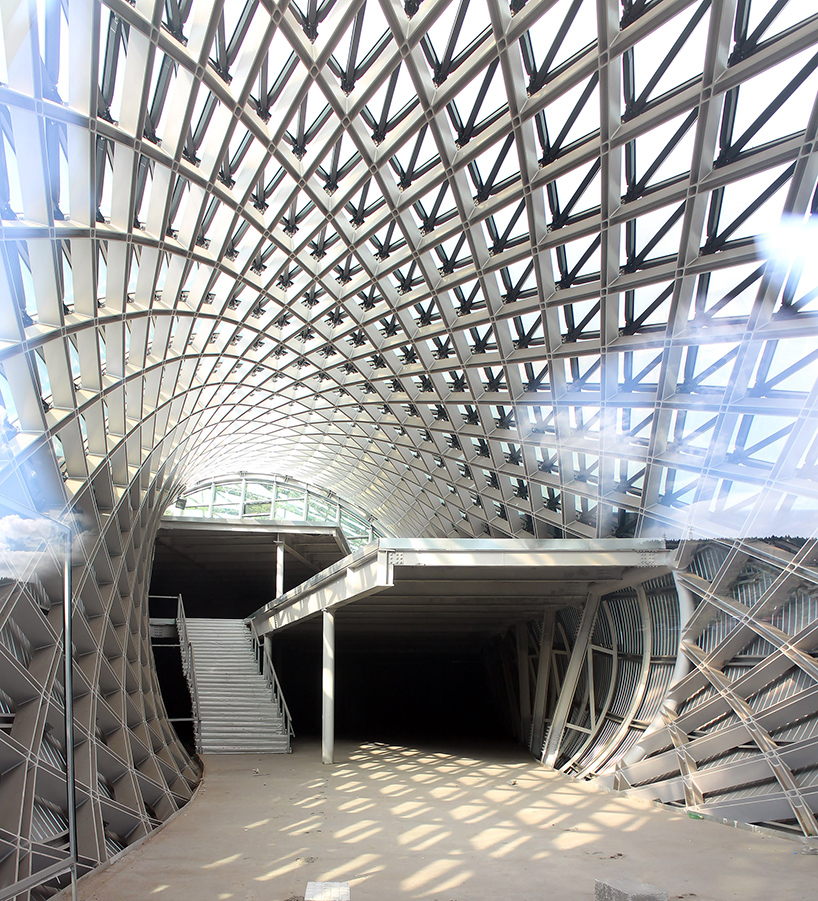 inside the concrete and steel structure
image by nikolay kaloshin 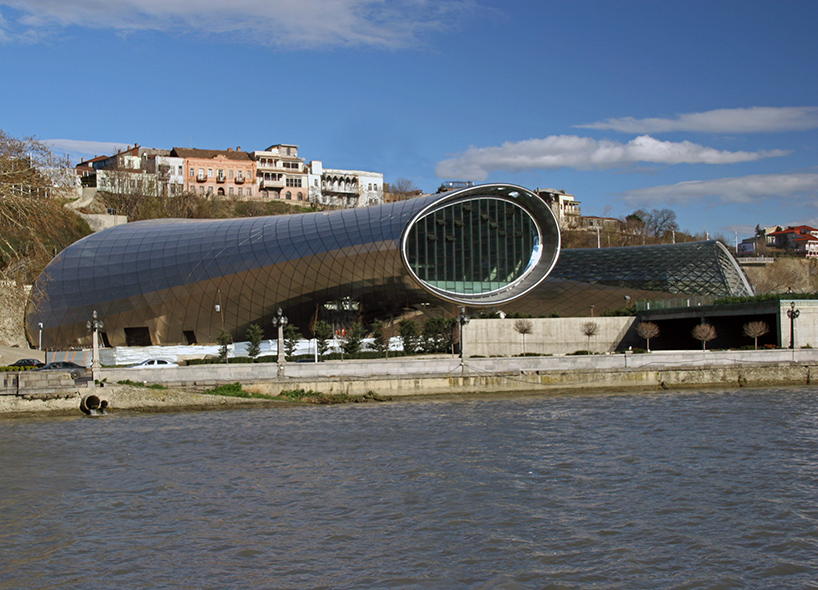 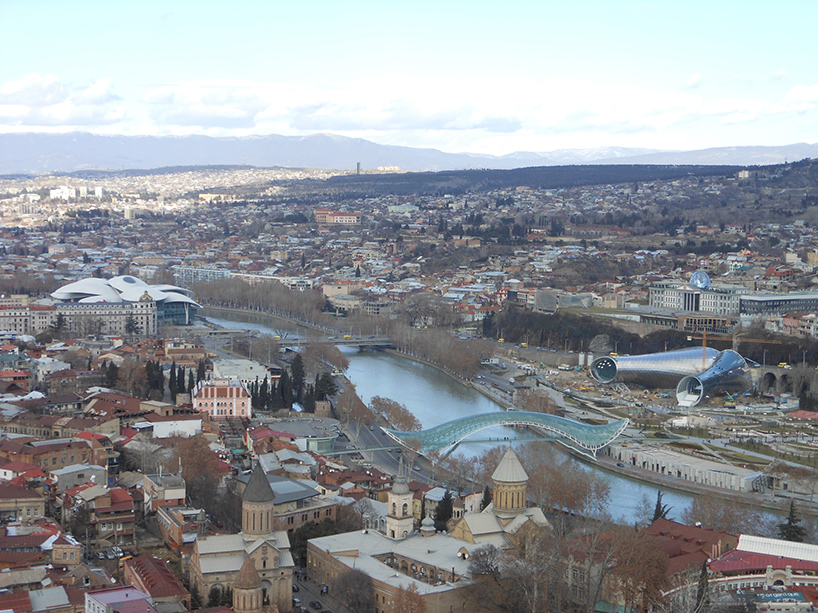 the complex is located close to a public service hall, (top left), which fuksas completed in 2012
image courtesy of fuksas