with construction underway, studio gang reveals new images of its reinvented arkansas museum of fine arts (AMFA). the international architecture studio leads the project alongside landscape architecture practice SCAPE. currently in the midst of a $142 million transformation, the new museum in the capital of little rock will reaffirm its leading role in cultural life throughout the state. approved in 2018, the reinvented arkansas museum of fine arts will see the increase in space of almost 50 percent and the addition of 13 acres of new grounds, and is scheduled to open in spring 2022. 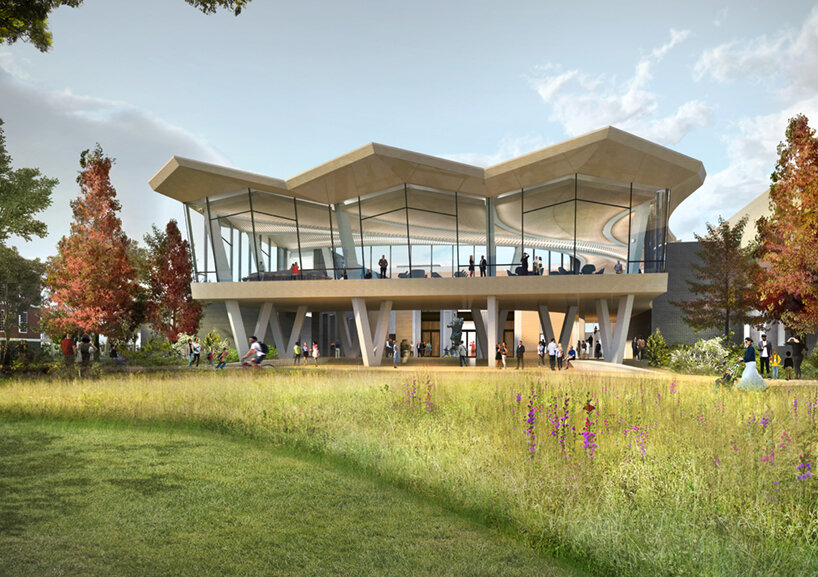 studio gang and SCAPE design the reinvented arkansas museum of fine arts with a sculptural intervention winding gently through the length of the museum. with its flourishing formal qualities the structure is to be known as the ‘blossom.’ defined outwardly by its pleated roof, the blossom now becomes the experiential core, laying out a clear path for visitors, uniting the museum’s programmed spaces, and providing major new public features at either end — an expansive glass-enclosed gathering space overlooking the downtown side and a restaurant that spreads out into macarthur park. 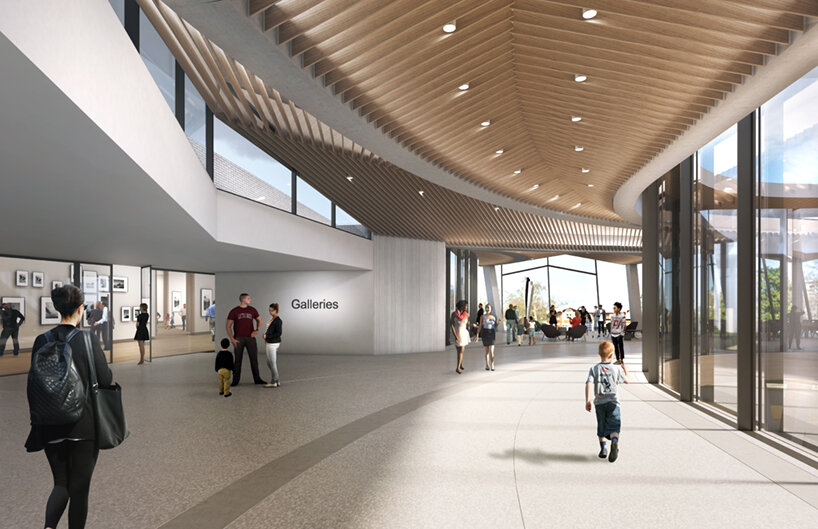 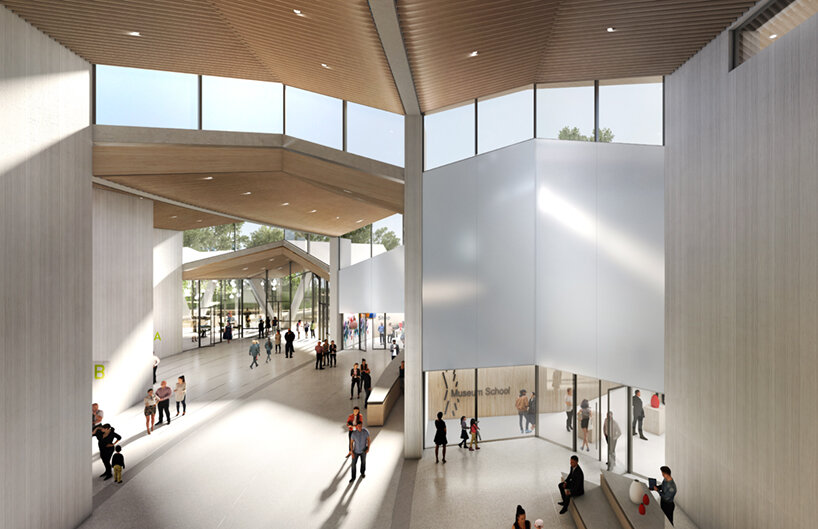 seamlessly integrating the landscape experience, the arkansas museum of fine arts introduces 2,200 linear feet of new paths and trails throughout macarthur park. inspiration for the landscape is drawn from little rock’s unique regional ecologies, including the banks of fourche creek, the bluffs of emerald park, and the agrarian landscapes of the mississippi delta. scape’s design relies on sustainable, native plantings and incorporates more than 50 species of perennials, shrubs, native trees, and ornamental grasses. many of macarthur park’s mature trees are preserved in the design and incorporated into a framework of some 250 new trees, which over time will create a canopy throughout the park. 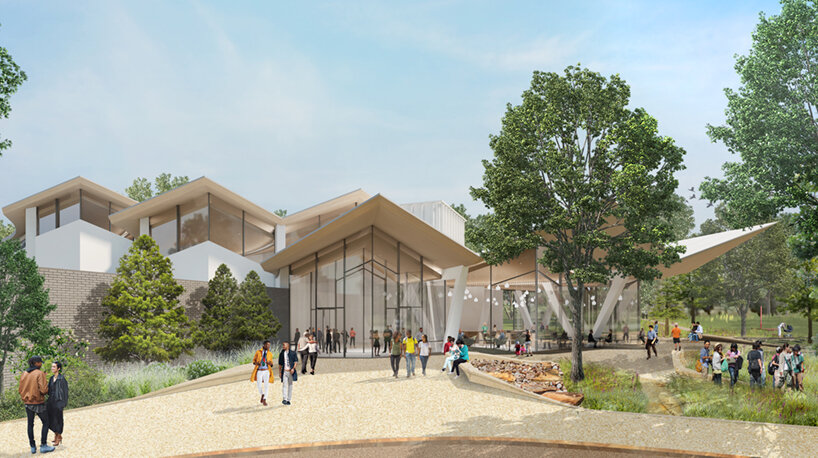 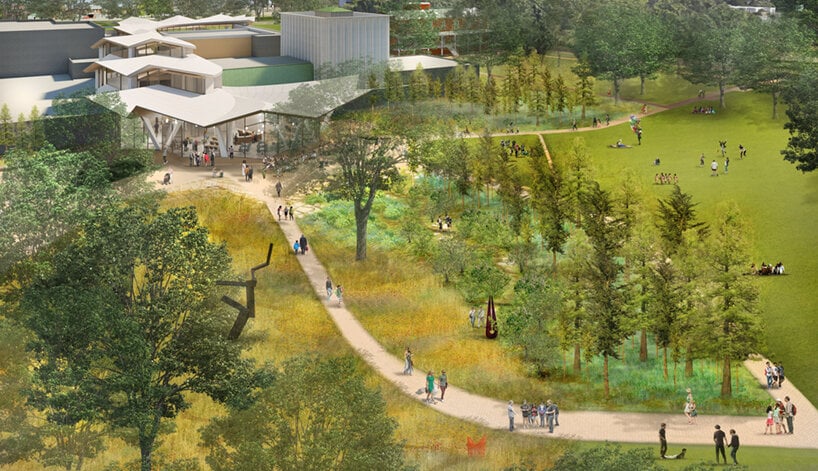 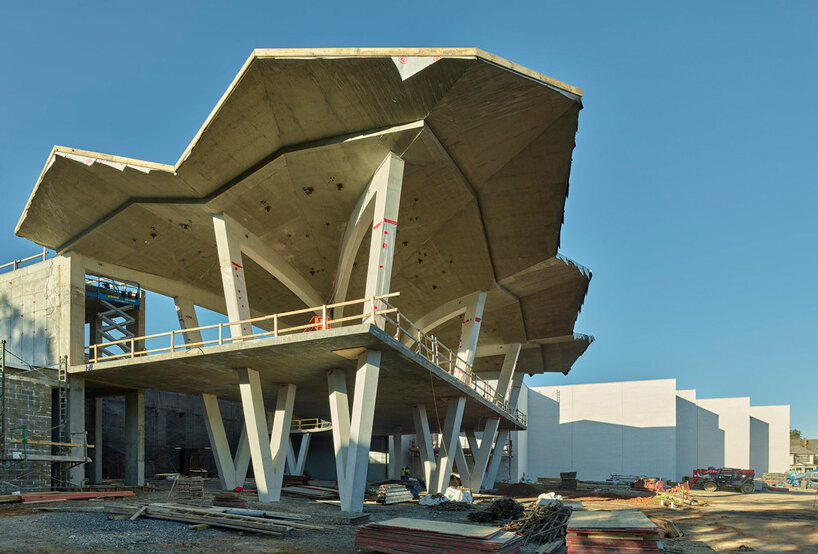 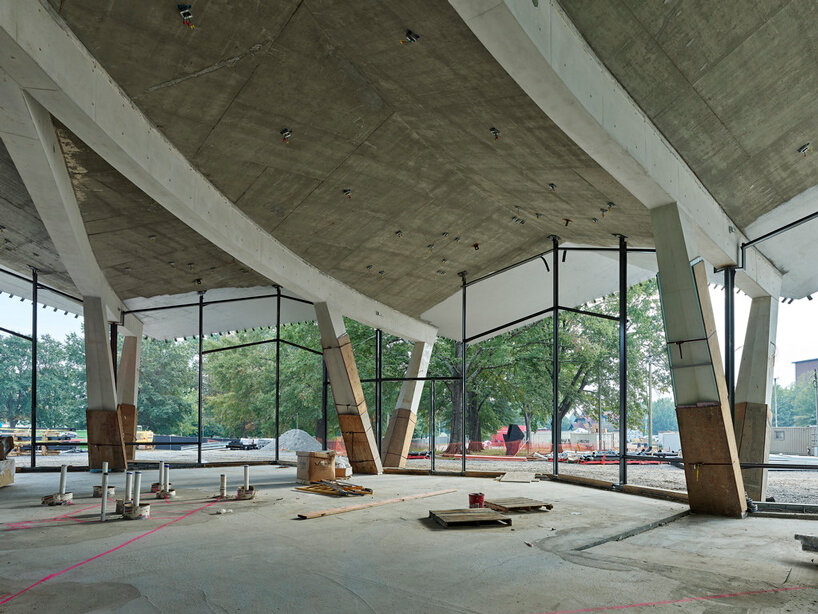