chicago’s studio gang just shared exclusive images of their newest civic project with designboom. the ‘chicago river boathouses’ were created to help catalyze the neglected chicago river area into a burgeoning entertainment center. the architecture seeks to create two public access points to a body of water in the midst of finding a second life as a recreational urban waterway. the redevelopment was once unthinkable for a channel that was diverted a century ago from lake michigan to separate the city’s sewage from the its source of drinking water.

the jeanne gang-designed boathouses are a signal of changing attitudes about the river; this building is located along the north branch of the river– near clark park– and has become a popular spot for high school and collegiate rowing teams. diagrams of the time-splitting experimental photographs of eadweard muybridge illustrate a structure that formally translates the movement of rowing into an undulating roof, alternating inverted ‘v’ and ‘m’ shaped structural trusses into a rhythm of tectonic modules. south light pervades the space through glazed clerestories that additionally serve to ventilate in thesummer and warm the floor slab during the winter months. the city’s youth rowing teams are expected to use the facilities to reap the life-enriching benefits of team-sports and athletics.

the project is slated for completion later this spring. 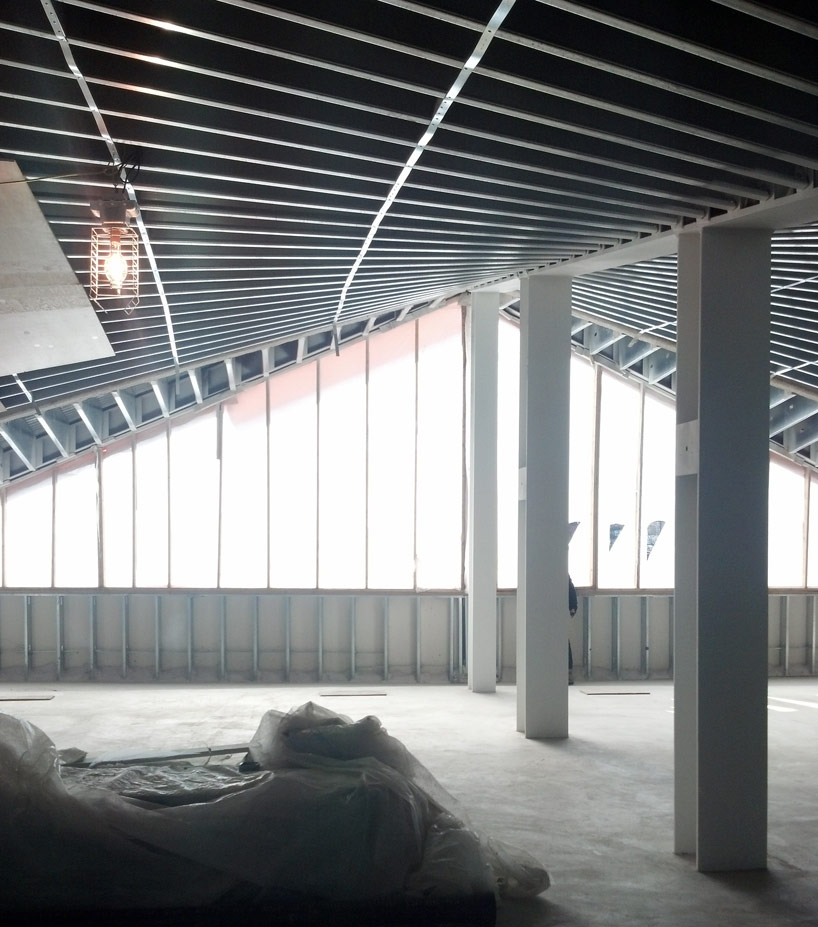 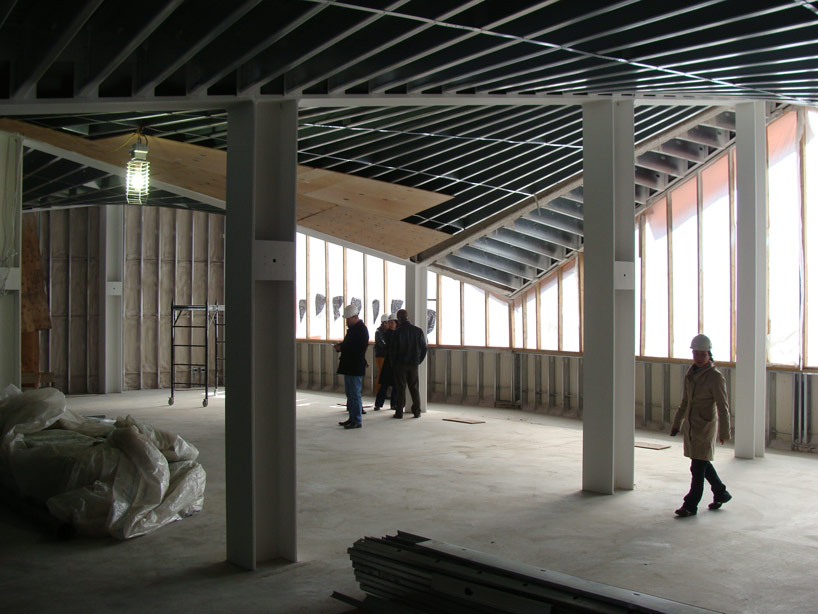 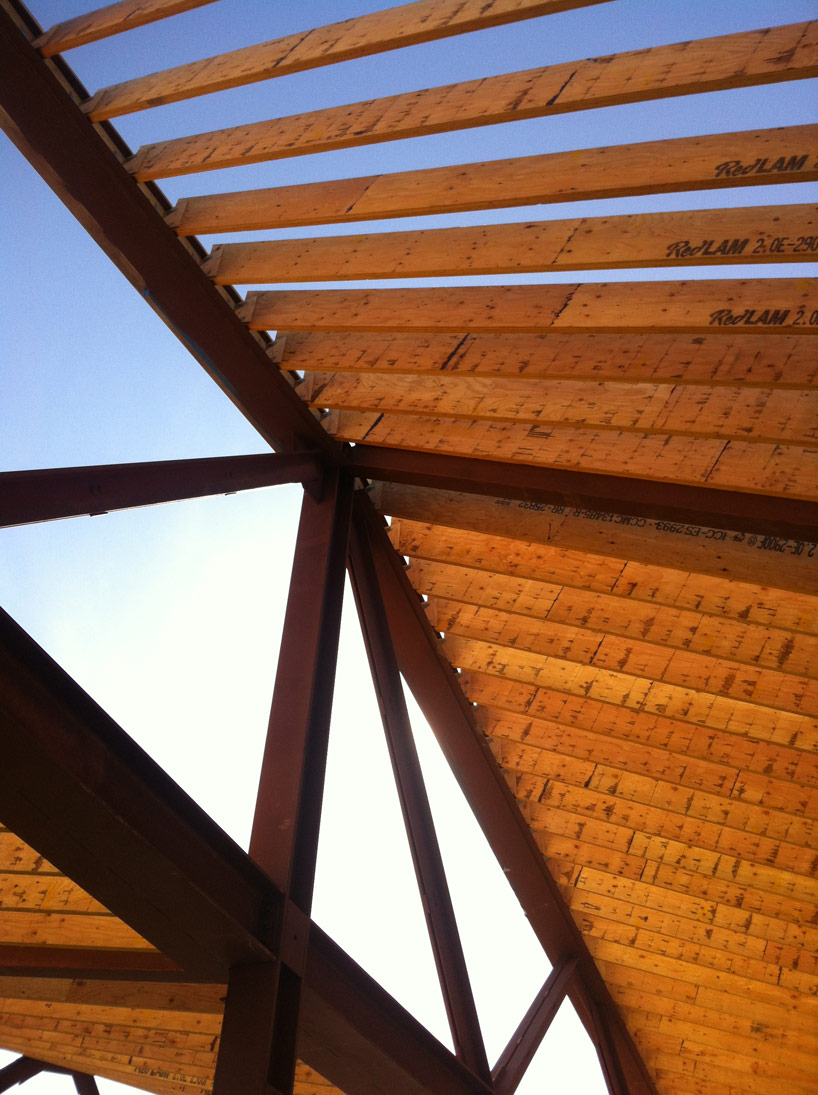 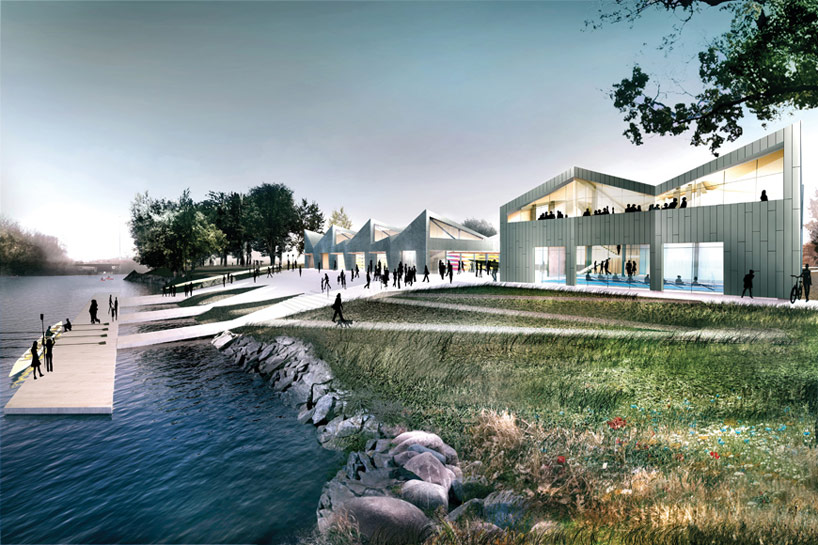 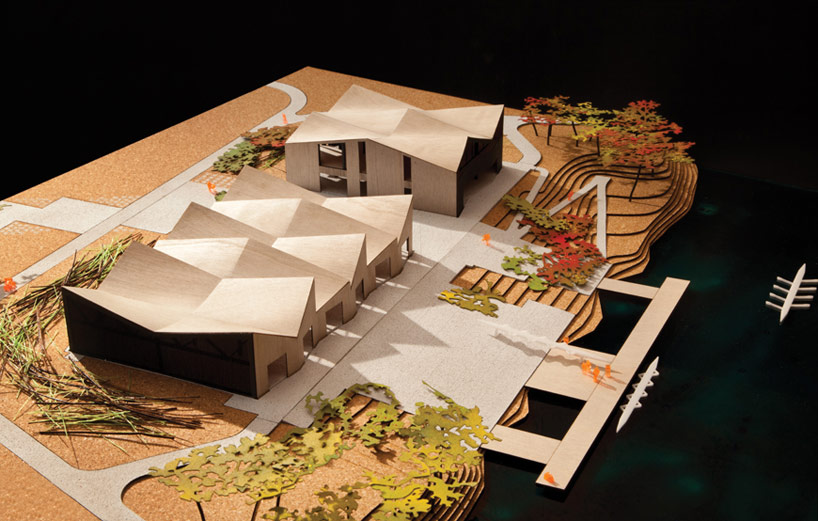 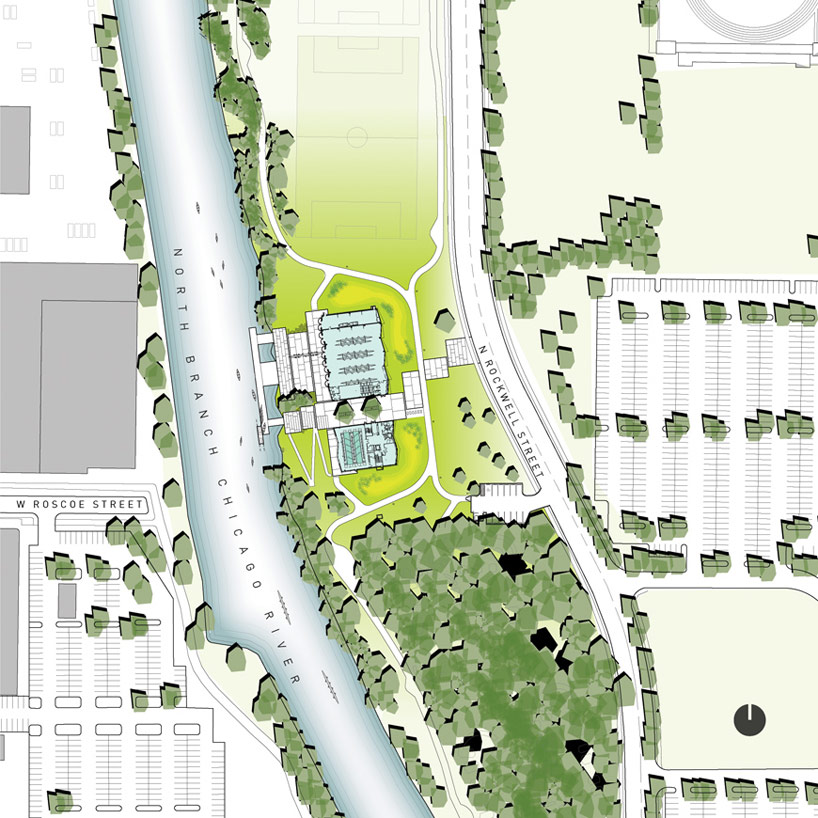 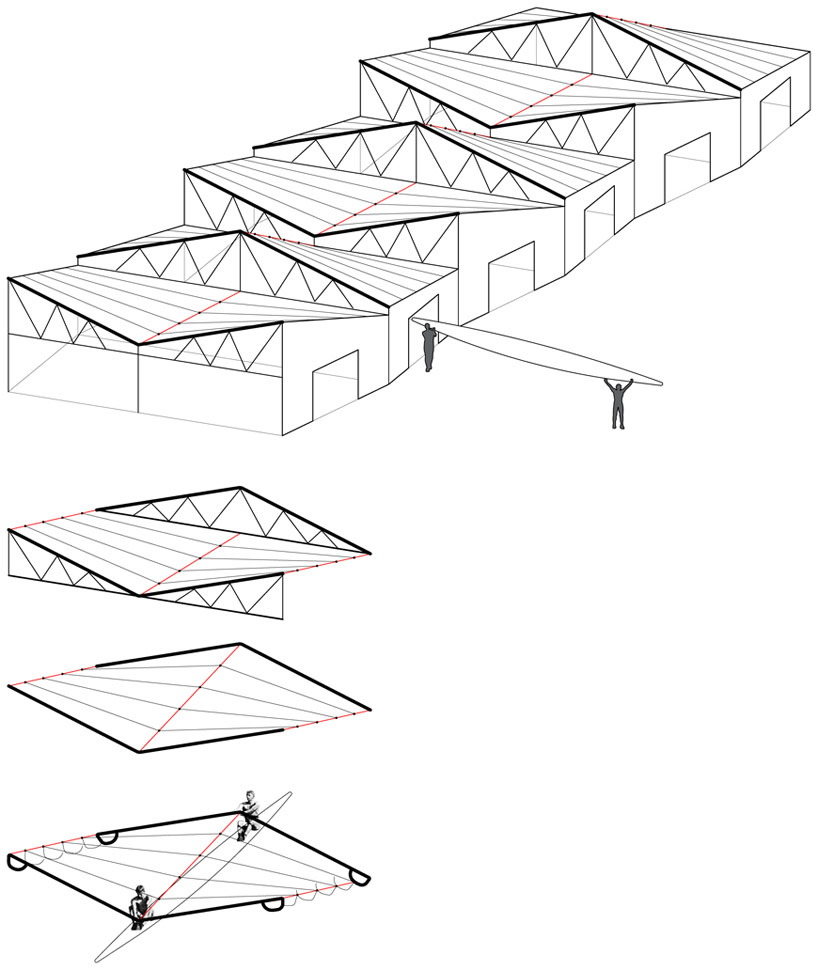 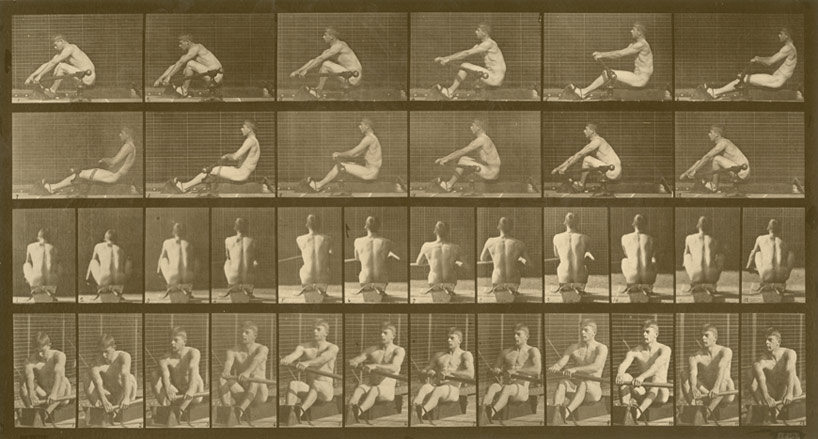