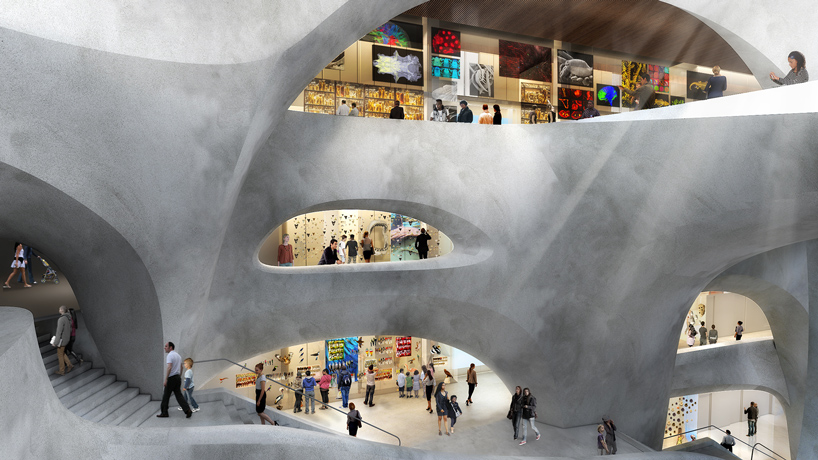 new york’s american museum of natural history (AMNH) has unveiled details of the spaces, programs, and exhibits that will be housed in the ‘gilder center’, a new building designed by studio gang. the 235,000 square-foot project includes the addition of connections to key areas within the museum’s original buildings, as well as the modernization of existing spaces. initial plans for the scheme were first revealed in november 2015, with the facility expected to open in 2020. 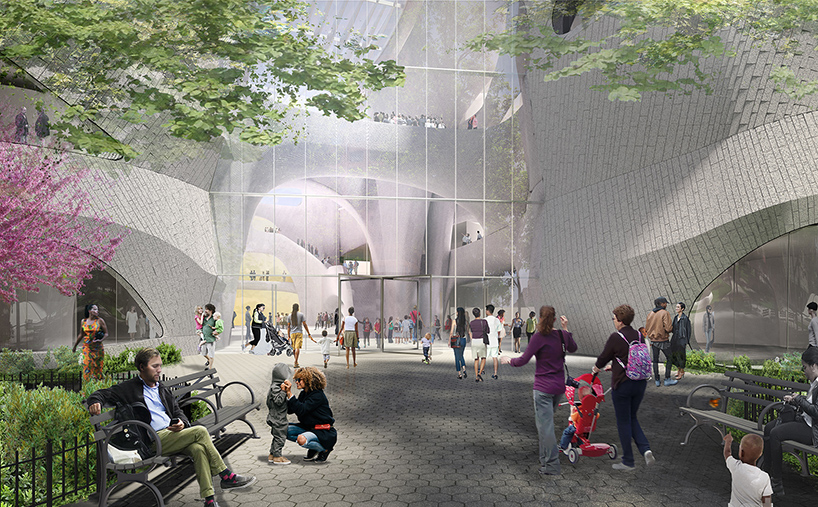 with a projected budget of $340 million USD, AMNH’s gilder center is being designed by studio gang architects, under the leadership of jeanne gang, with exhibit design by ralph appelbaum associates, and a new portion of the adjacent theodore roosevelt park to be developed by landscape architects reed hilderbrand. recent donations have brought total fundraising for the building to more than $277 million.

the extension will include new exhibition and learning spaces with state-of-the-art technology and access to the museum’s renowned collections, as well as laboratories for advanced research. it will also expand access to a broader range of the institution’s resources for students, teachers, and families, offering new opportunities for a wide range of audiences. importantly, the gilder center will spotlight insects, a new area of in-depth focus for the museum. educational facilities will be transformed, with approximately 75% of the classrooms to be either new or completely renovated. 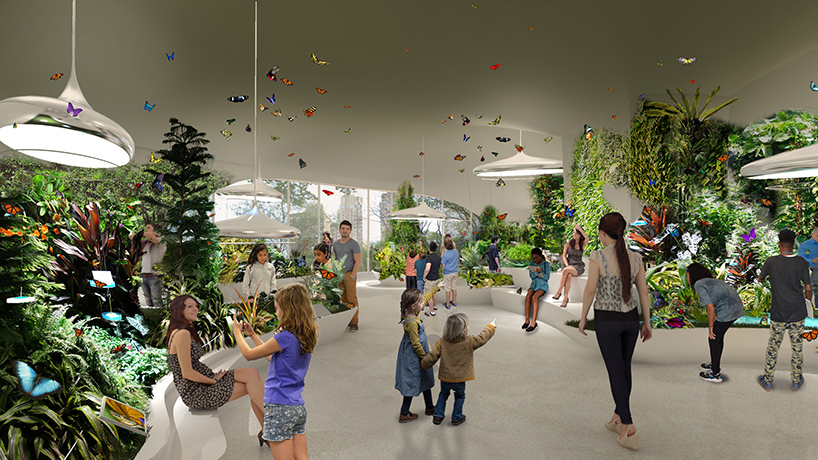 at the heart of the scheme, the ‘collections core’ is a 21,000 square-foot, glass-walled complex that serves as a vast resource for the museum. here, displays illustrate AMNH’s work in discovering and describing biological diversity. an insectarium forms the museum’s first gallery specifically dedicated to insects in more than 50 years, while above, an approximately 3,000 square-foot butterfly vivarium provides a year-round living exhibit, doubling the space of the existing butterfly conservatory. 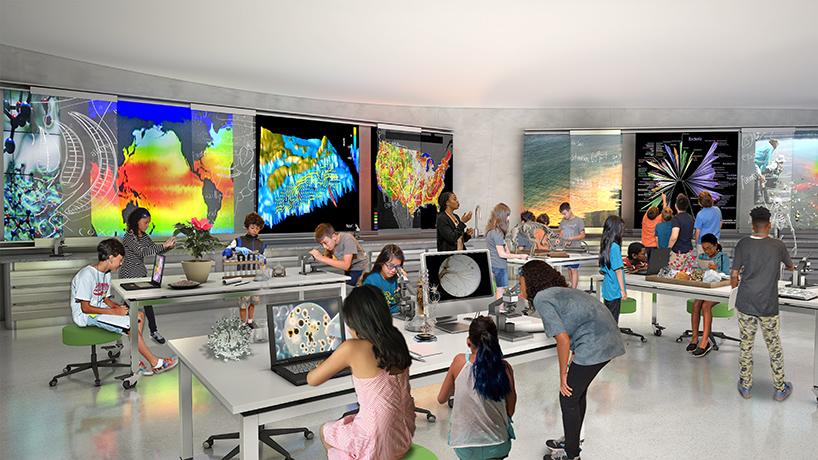 the gilder center’s central exhibition hall opens onto theodore roosevelt park, and flows through the museum to create a connection from central park west to columbus avenue. the building’s interior will be made of sprayed structural concrete, while the west façade will be clad in milford pink granite. the stone will be organized into pieces of varying widths and courses over the undulating facade, creating a distinct pattern that evokes geological layering. the design will be built largely within the existing museum space, prioritizing re-use and minimizing the need for new construction. 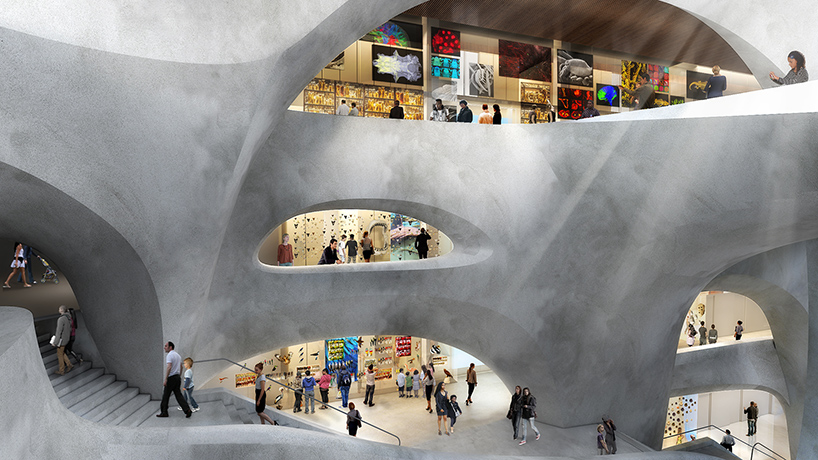 a model of the design for the ‘richard gilder center for science, education, and innovation’
image © AMNH/d. finnin 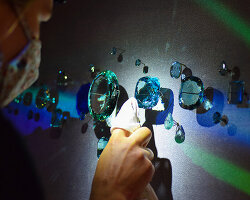 Jun 16, 2021
a sparkling showcase is unearthed at the american museum of natural history's redesigned halls of gems and minerals 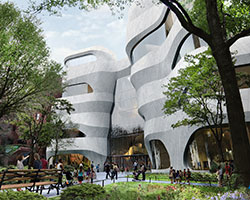 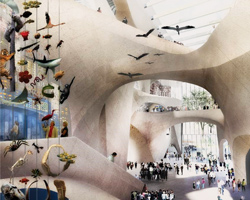