studio gang has teamed up with landscape architecture firm SCAPE to redesign a waterfront park in memphis, tennessee. drawing inspiration from the mississippi river, ‘tom lee park’ has been reimagined as a vibrant and dynamic civic space that intends to foster positive encounters and civic pride. the plan also hopes to restore the site’s natural ecology, while better connecting the city to the river. meanwhile, new architecture will reference the historical structures that once operated on the memphis riverfront, from the terminal buildings to grain elevators and barges. 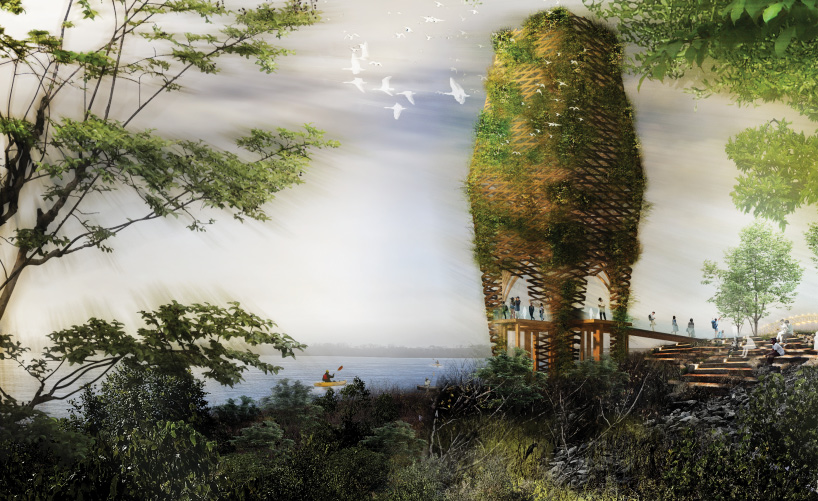 in the park’s wildest reaches, a dramatic tower stretches into the sky. an immediate landmark at the southern edge of tom lee park, the habitat tower provides an attractive structure for birds to nest and rest and a memorable gathering space where park visitors can feel as if they’re hovering above the mississippi | all images © studio gang


‘our design builds upon two years of work alongside memphians, which began with the riverfront concept, our proposal for the riverfront as a whole, and is inspired by the extraordinary work that today’s memphians are doing for their community,’ says jeanne gang, founder of studio gang. ‘the new tom lee park will be a civic space for everyone in memphis to enjoy. we’ve designed the architecture to float in the landscape like vessels on the river, creating a park that uniquely reflects the changing nature of the mississippi river and the city along its banks.’ 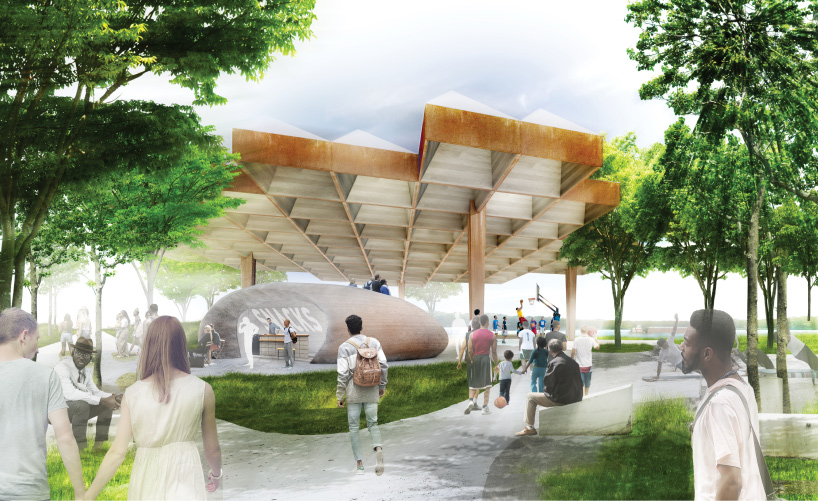 near the river’s edge, a central canopy floats above a set of activity courts, framing the river beyond and protecting the courts below that can be used for basketball and other sports, as well as events like concerts or weddings. concessions, lockers, storage, and bathrooms are located nearby.

tom lee park was one of the five zones included in studio gang’s 2017 memphis riverfront concept, a masterplan for six miles of the city’s riverfront that was shaped through a series of community engagement workshops, meetings, interviews, and surveys. studio gang and SCAPE developed the park’s design over a long period of consultation with community groups, key park stakeholders, and incorporates the ideas and input from more than 4,000 voices, including local students from north and south memphis. 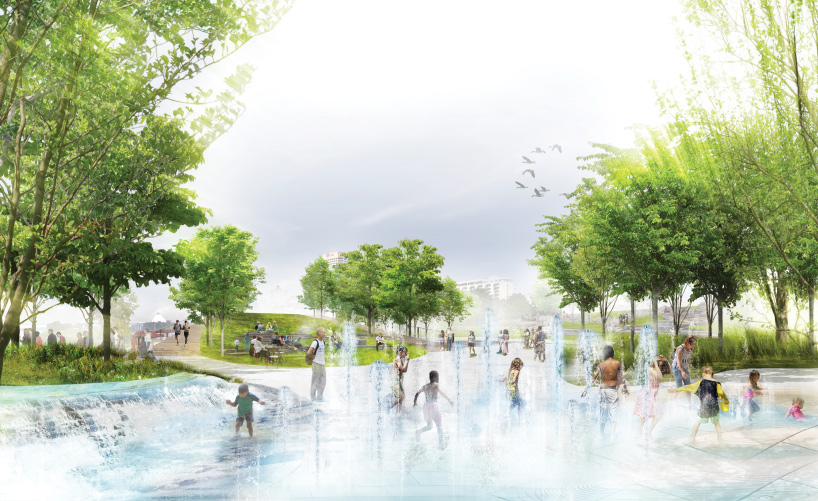 a welcoming entry plaza greets visitors and orients them to a range of riverfront and park activities, from boat cruises to basketball. in the heart of the plaza, water features and bright swaths of native plants evoke the movement of the river and provide photo-worthy moments for all ages. large open areas within the plaza can accommodate public gatherings, art installations, and festival tents.

the park’s 30 acres are laid out as a series of four distinct zones — defined by topography, vegetation, pathways, and architecture — that flow together to support a range of active and passive uses. the zones are inspired by unique features of the mississippi river basin and together create a template for diverse civic spaces and ecological revitalization in downtown memphis. 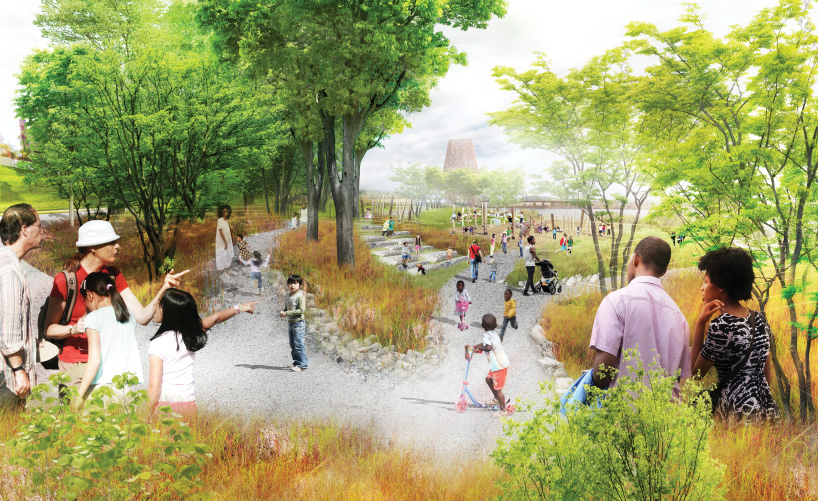 natural play areas, dynamic topography, rocky boulder outcroppings, and winding paths make the tailout zone of tom lee park a playtime paradise. an outdoor classroom, experimental garden, and other hands-on opportunities give kids a chance to connect with and learn about the unique ecology of the mississippi river.

from a health perspective, paths are designed in loops to encourage all levels of physical activity and will include a one-mile fitness loop with workout equipment. the design also prioritizes environmental health by integrating natural and technical systems that will mitigate water pollution, provide habitat for wildlife, harvest energy using photovoltaic panels, and collect stormwater for re-use. regionally-appropriate flora and fauna contribute to the ecological restoration of the riverfront, and new plantings improve tree canopy and shade for park goers.

tom lee park is located along the mississippi river in memphis, tennessee

in early february 2019, memphis river parks partnership opened the tom lee park engagement center at beale street landing, which hosts a large architectural model, renderings, animations and even virtual reality walkthroughs of the future park, which will stretch from the top of the bluff to the bank of the mississippi. memphians are invited to view and respond to the new design for tom lee park, which will continue to be refined over the coming months. construction is anticipated to begin in june 2019 and is forecast to conclude by the end of 2020.