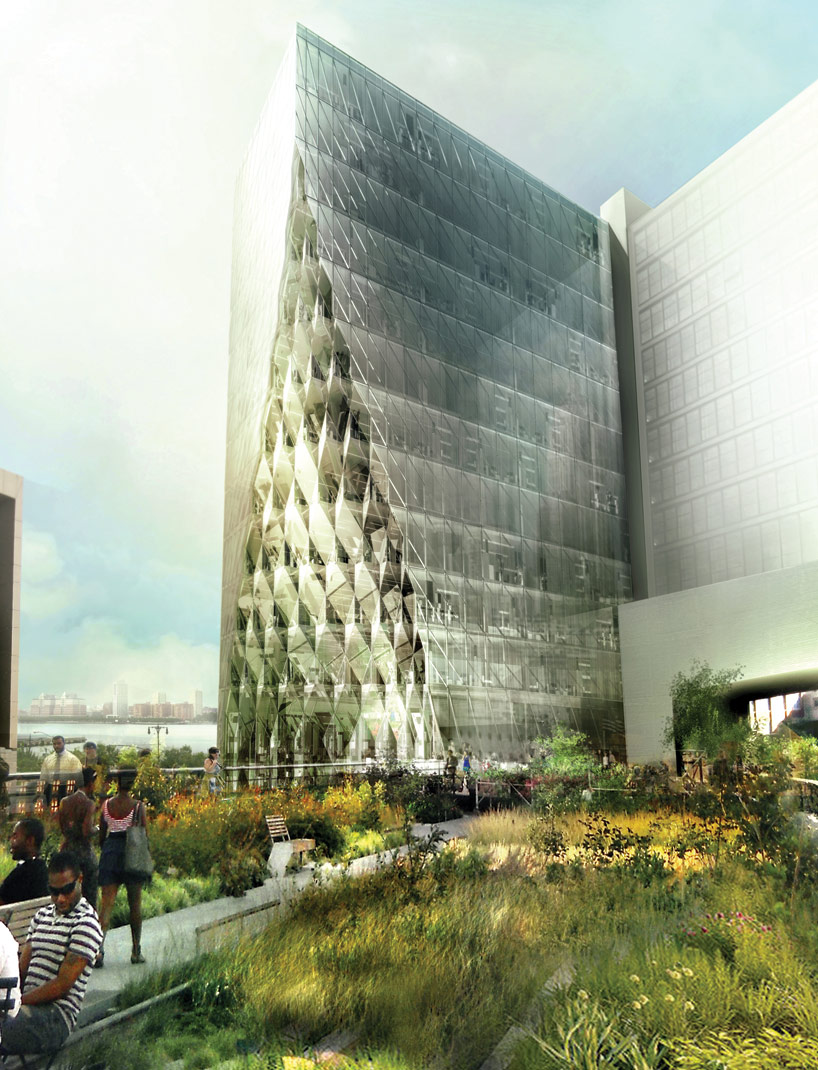 inverted setbacks are manifested by a glazed, prismatic skin that allows the sun to pervade the park  image © studio gang architects

the tower reframes traditional zoning logic by sculpting the mass of the structure according to light and air as well as allowing the elements to continue to enhance the park. since the site borders the high line on the east, the project inverts the building’s setbacks along the geometric paths of the sun’s rays. the faceted subtraction provides an elegant formal this is an architecture of subtlety and poignant restraint– an important quality as urban landscapes and the value of natural beauty cease to become mutually exclusive. 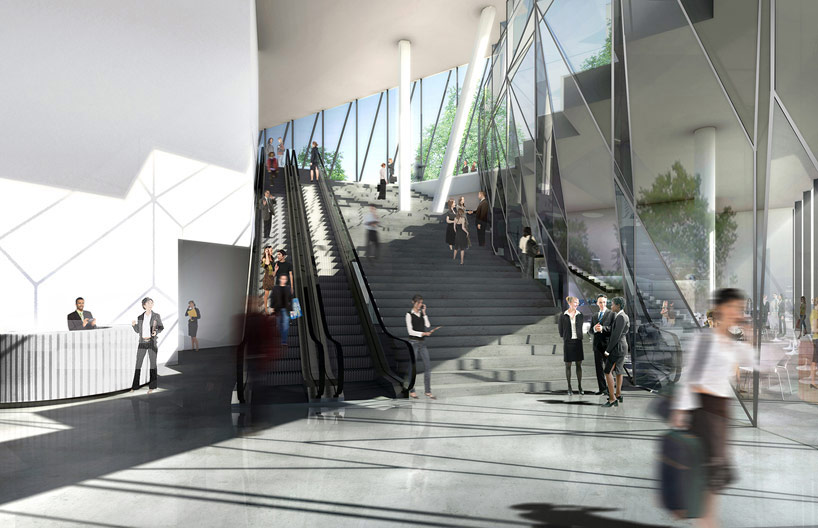 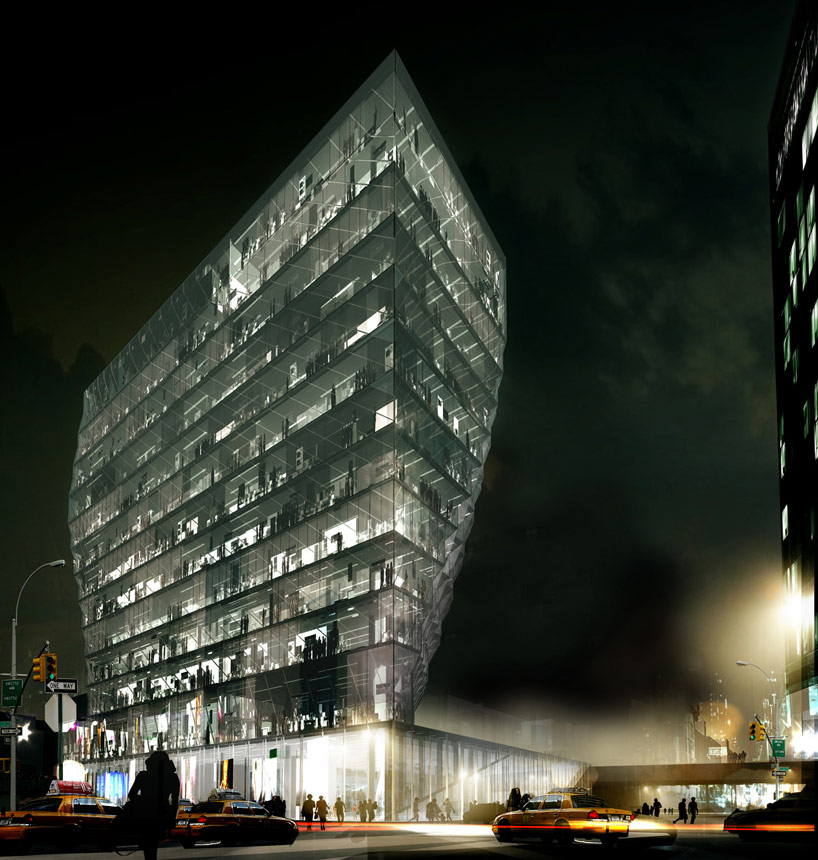 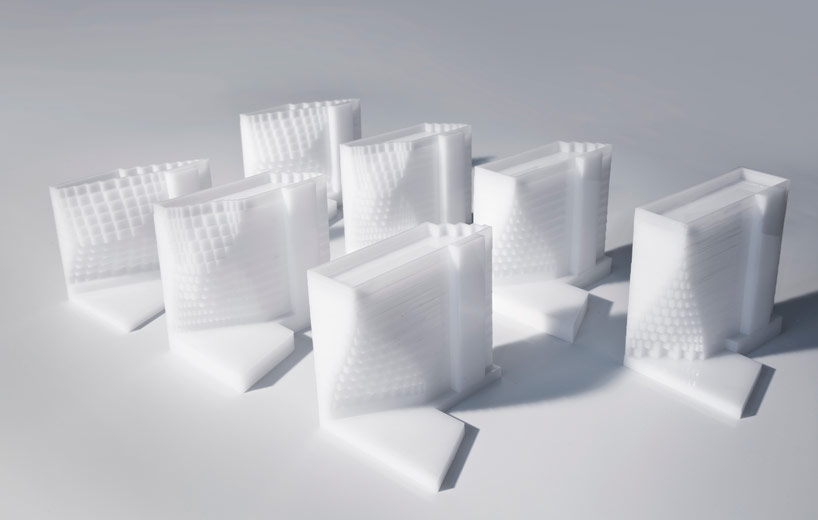 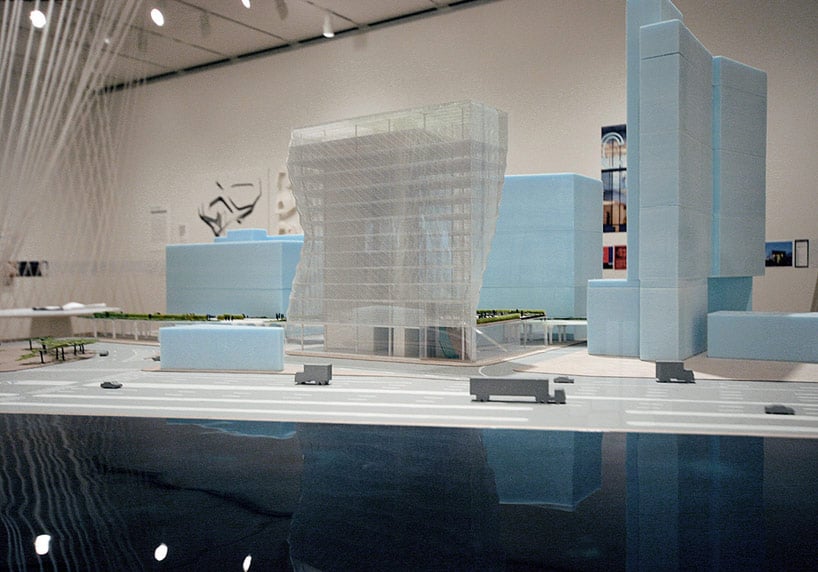 unveiled at a retrospective at the art institute of chicago, the model shows the lightness of the form in the chelsea location image © trevor patt 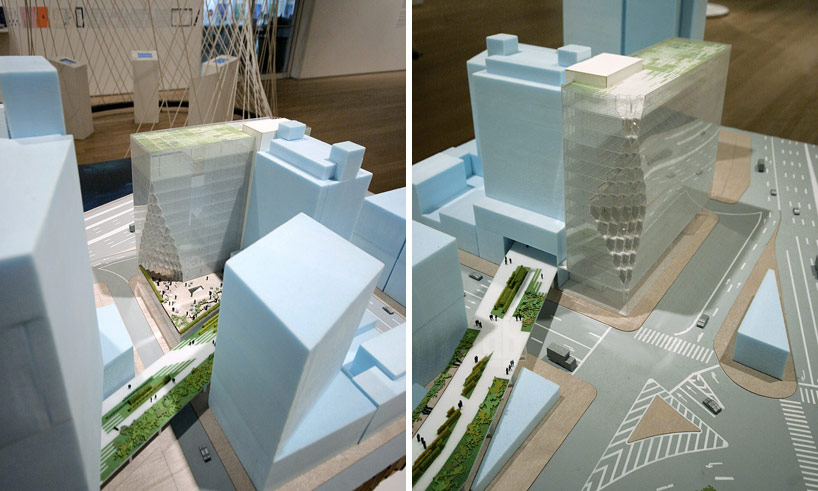 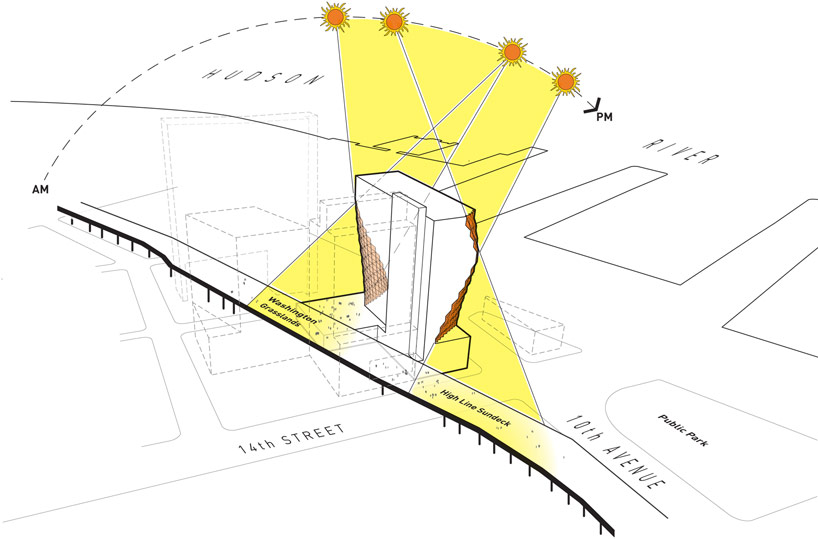