the transition into married life after a wedding can become a hectic process. aside from the initial planning of the event down to every last detail, people still have to solve all of the other necessities that lead to forming their own family. this caused a young couple in their late 20s to visit the seoul office of studio_GAON with a simple request: to renovate a concrete warehouse in the bride’s hometown as their new residence. 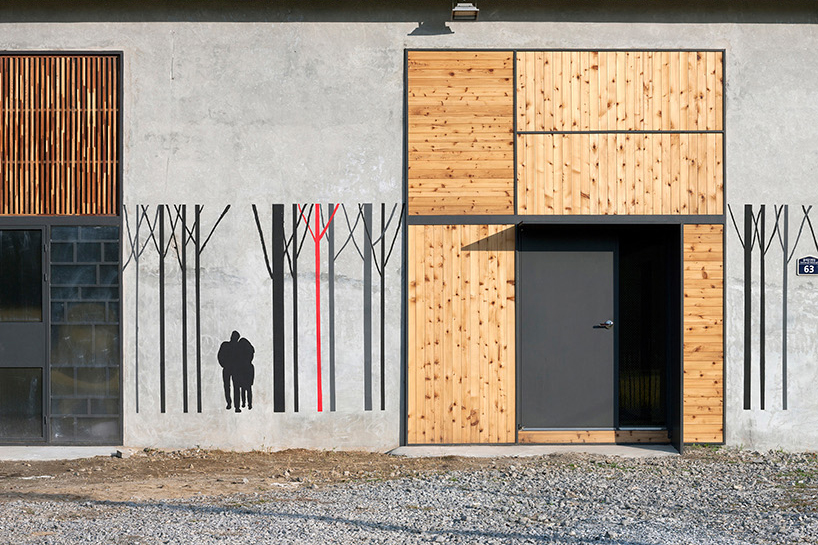 view of the entry

the site is located within a small village next to the east sea, between pohang and gampo in south korea. ‘listening to their story, we could foresee the difficulties of the project and trying to come up with excuses to refuse politely. but when we saw the photographs of the old concrete warehouse standing inside a rice paddy and a field, like magic, it was like hearing the sound of a pied piper. at that moment, we answered that we’d take the project,’ says the studio. 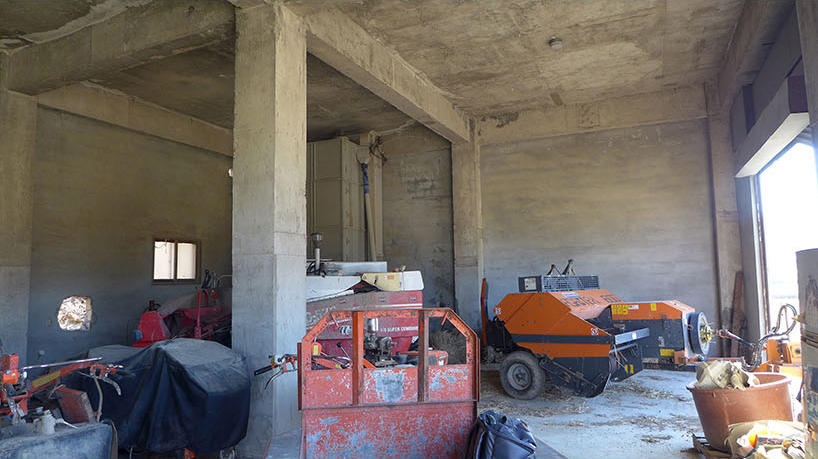 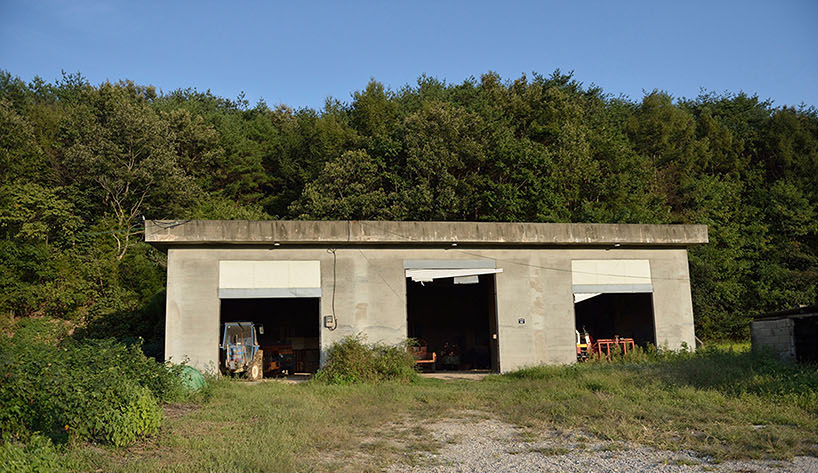 exterior view before the renovation

the structure was built 20 years ago by the woman’s father. he purchased the property to start a new business and believed that it could function as an animal feed factory for a chicken farm. to allow the movement of large machineries throughout the space, the height became five-meters high with reinforced concrete and the exterior was finished with mortar on cement blocks. her father had been planning to erect a two-story house beside the building when the business became stable, but with bad fortune, after a year, he passed away on a rainy day in a car accident. the company halted too soon and the facility became a storage base for their neighbor’s farming tools. over time, the walls became decrepit, with holes of various sizes that would transfer rain inside from the rooftop. 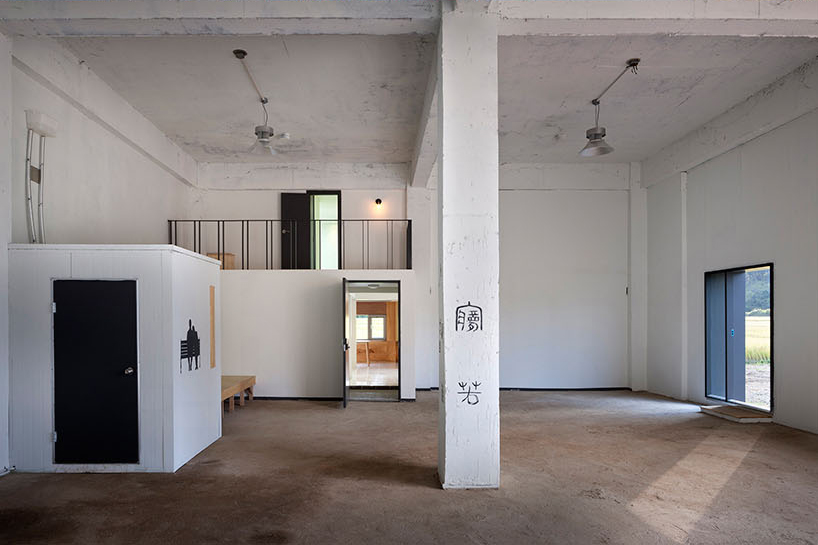 the large interior space after the machinery was removed

the budget was prepared to cover approximately one-third of the whole area. from this, the concept of inserting a ‘house within a house’ was formed to provide as much occupiable space as possible. with a vertical dimension that allowed for two floors, a collection of programs were dispersed throughout the plans. the first floor arranges the kitchen, dining, living room, and a small hidden library while the second floor consists of a family lounge, bathroom, dress room, and suite. 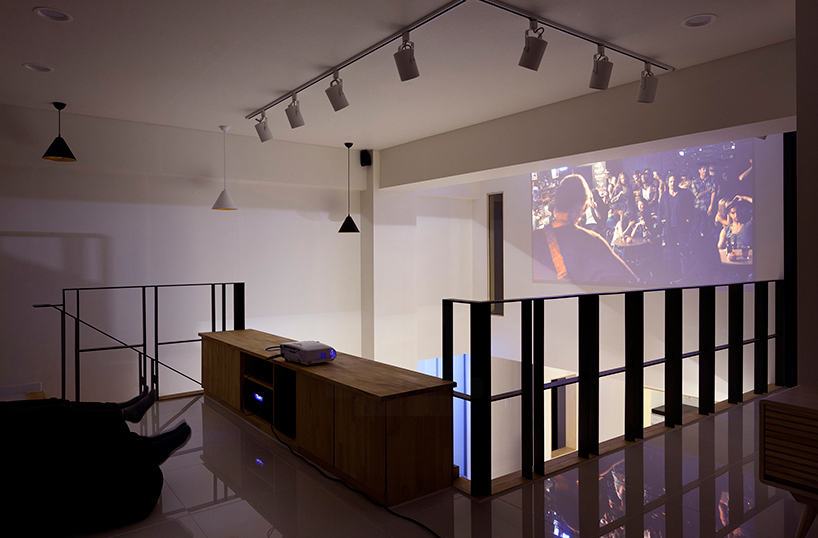 in order to lower costs further, the rough texture of the concrete exterior was been maintained. instead, the architects drew murals that translate the visual appearance of bar codes into a tall and slender forest representative of park su-geun’s paintings, a famous artist of the country. additionally, another wall that reaches the rooftop presents a different aesthetic, with images depicting the love of a family. 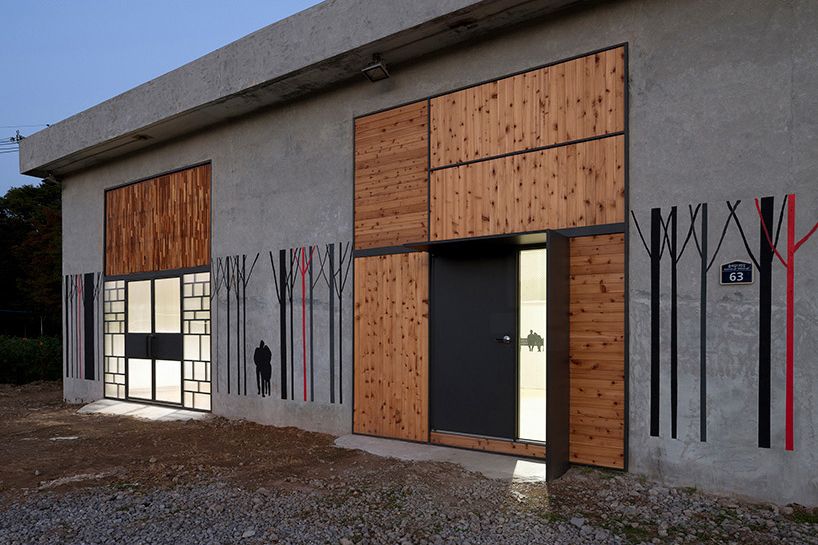 the façade at night 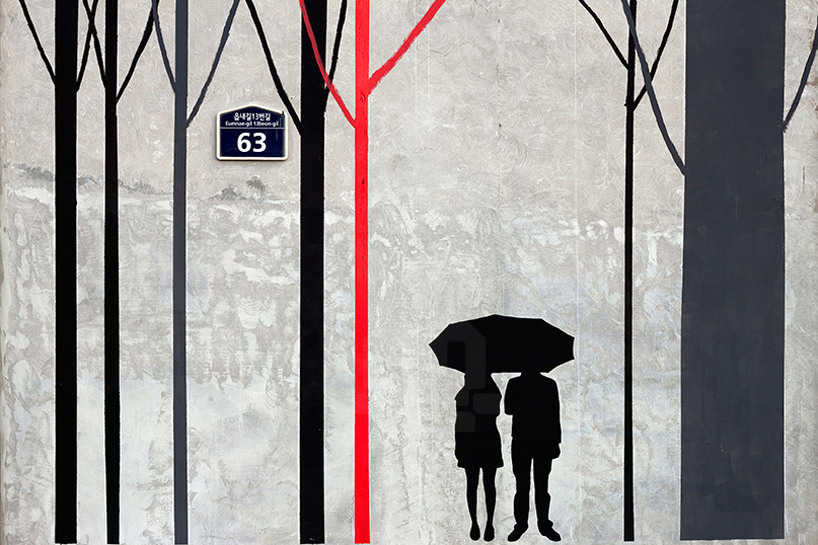 closeup of the mural

the embedded architecture utilizes a steel structure. in the common space, a plywood wall and lightings were designed to accentuate the material’s warmth, and other spaces were finished with white paint and matching floor tiles to induce a bright and calm atmosphere. according to the designers: ‘it’s just like natalie cole singing the song ‘unforgettable’, which was sung by her father nat king cole, after several decades her father passed away. the daughter put the two -tory house inside the warehouse, not unlike a snail’s shell made by her father. so the life and house continues again, and we decided to call this house ‘unforgettable’. 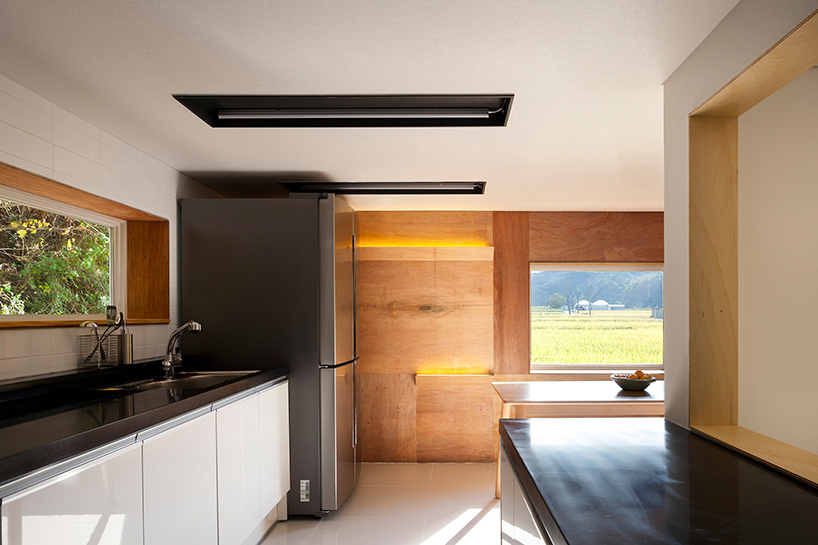 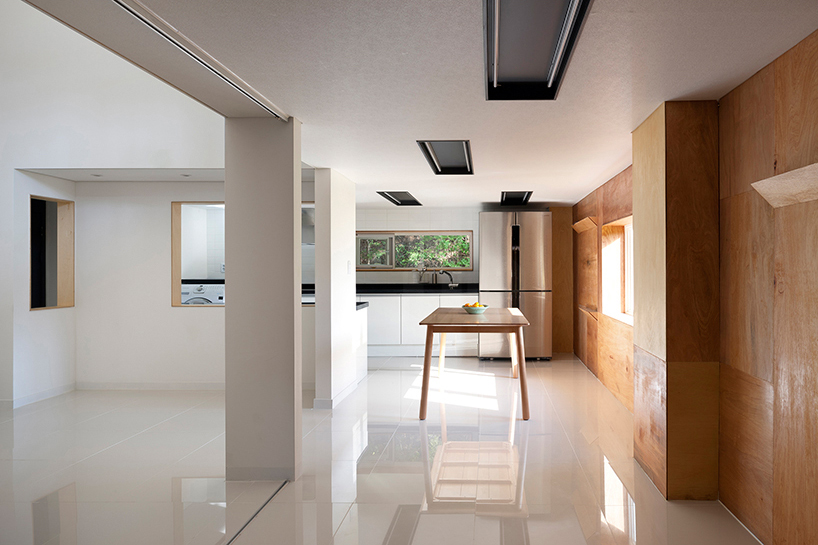 strips of light decorate the ceiling the upper level with steel railings 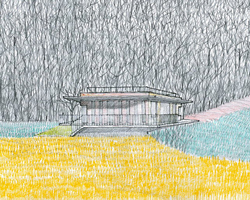 Mar 02, 2020
studio_GAON builds a small brick-clad bakery amid a forest in south korea 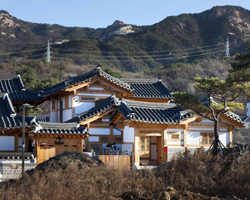 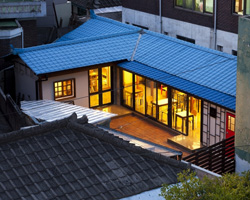 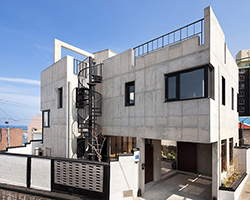 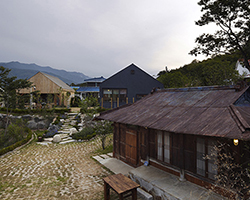 Jan 14, 2021
junya ishigami completes plaza of kanagawa institute of technology in japan
remaining open to the elements, the project has been conceived as an expansive landscape that changes with the seasons and the weather.
architecture
546 shares
connections: +1490