studio gang unveils its design for a mixed-use ‘assemble chicago,’ the winning proposal of chicago’s C40 reinventing cities competition. C40 is a network of the world’s largest and most influential cities working together to address climate change and create healthy, equitable, and resilient communities. reinventing cities is C40’s unprecedented global competition to drive exemplary carbon neutral and resilient urban redevelopment efforts. the chicago’s department of planning and development collaborated with C40 to request proposals for an underutilized city-owned site in the heart of downtown chicago. 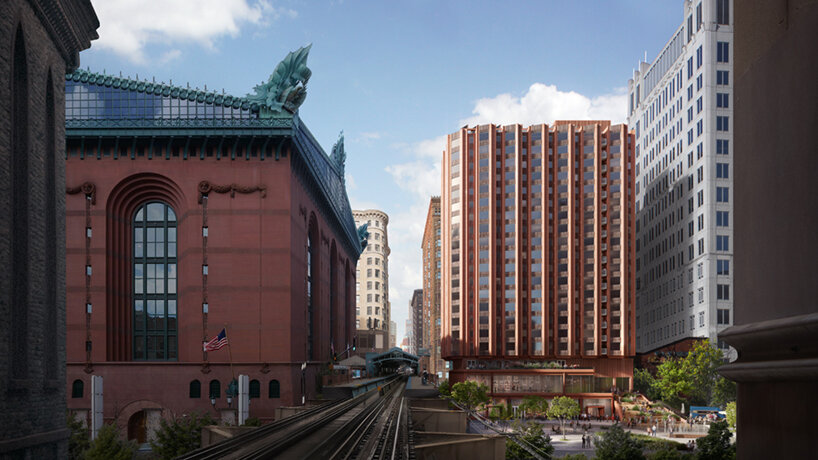 studio gang‘s ‘assemble chicago’ will help create a more sustainable, equitable and unified chicago. located in the heart of downtown chicago and overlooking a reimagined pritzker park on state street, this twenty-story carbon-neutral, mixed-use development will provide over 200 apartments for the downtown’s moderate and lower-income workforce. assemble chicago’s first two-levels, known as the ‘neighborhub,’ will provide event, meeting and collaboration space for community-based nonprofits across chicago, a food hall showcasing small, minority-owned restaurants, a produce grocer, and a wellness clinic.⁠ the neighborhub — combined with the proposed improved park — will create a new civic anchor for all of chicago that strengthens the downtown, promotes neighborhoods across the city, and brings the people of chicago together. 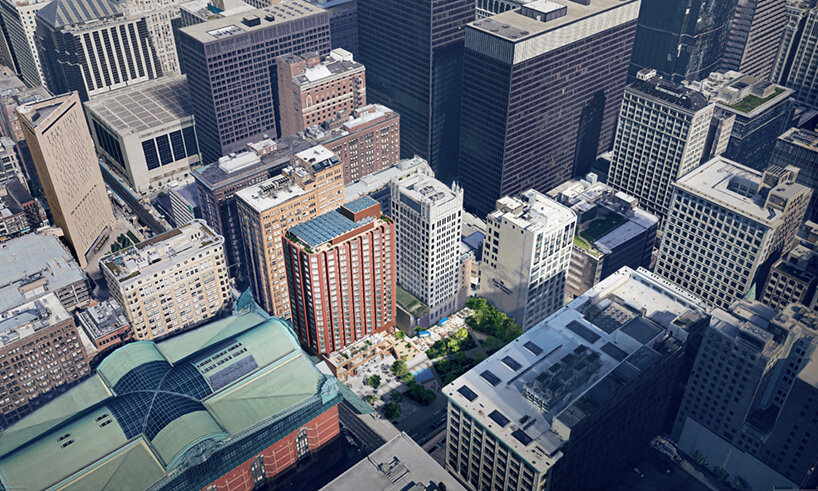 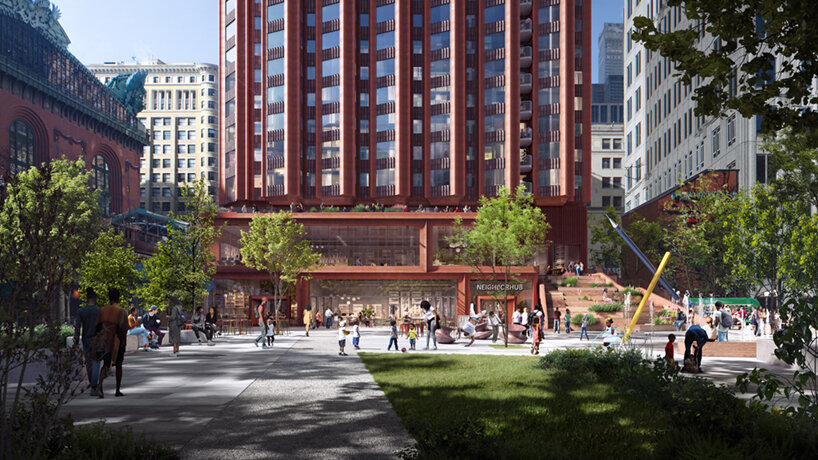 studio gang founding partner jeanne gang comments: ‘evolving chicago’s architectural traditions with 21st-century building technologies to address the urgent crises of housing inequality and climate change, our design establishes studio gang’s first fully affordable residential community within C40’s ambitious, carbon-neutral framework in the heart of downtown. with a vibrant base that connects to a rejuvenated pritzker park and an elegant exterior that harmonizes with downtown’s historical context, assemble chicago will create a new civic hub for all chicagoans and provide a model for sustainable development for cities worldwide.’ 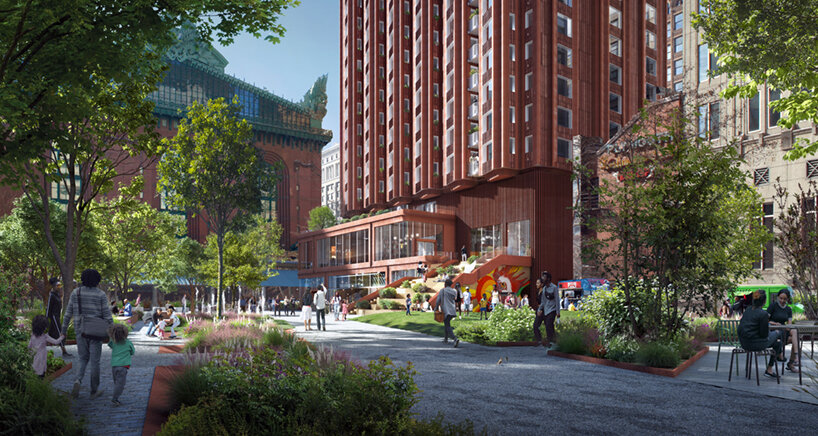 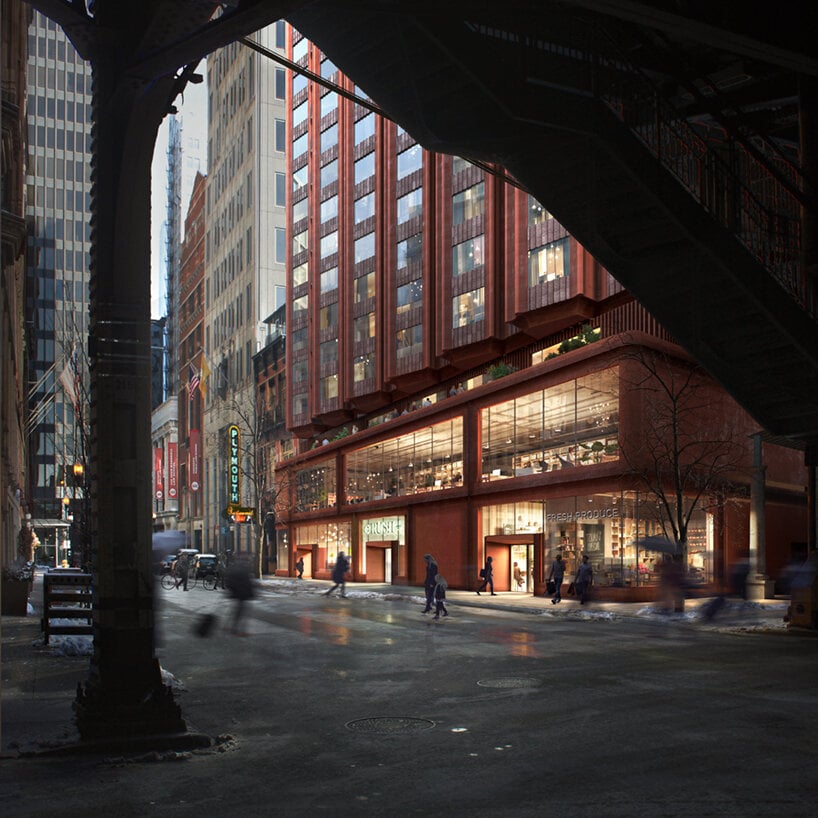 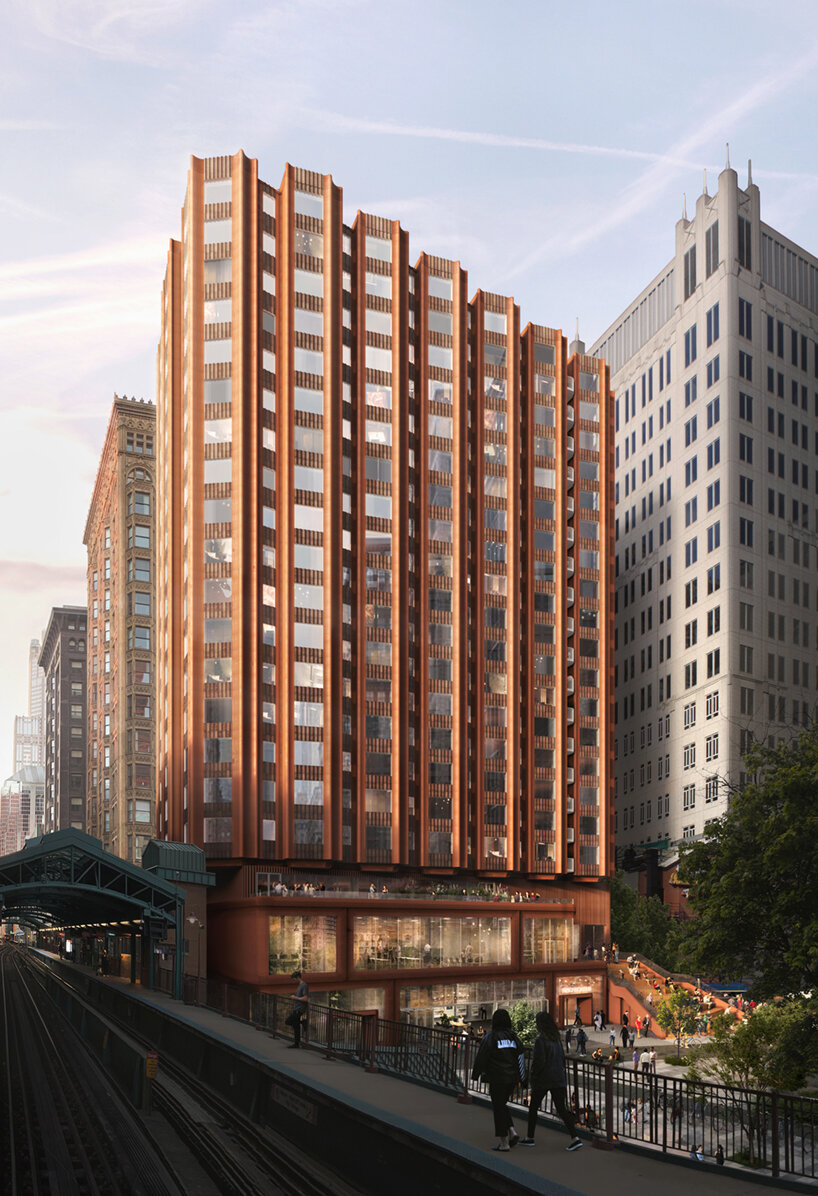 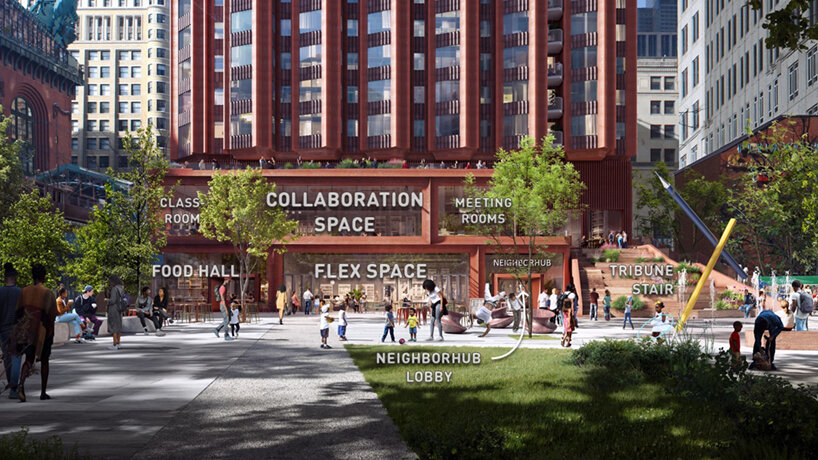