new york-based architecture firm, studio lindfors imagined what would happen if new york and tokyo were hit by catastrophic rises in sea-level in their new series titled ‘aqualta’. the images depict everyday life in this unusual scenario in two of the world’s biggest seaside cities. people navigate new york city in gondolas or fish from newly formed river banks in the heart of tokyo. the series is an eye-opening speculation of what might happen if global warming predictions come true and sea-levels do rise in these compact metropolises. the images also allow us to see what the urban landscape will look like in this scenario and how the built environment may change. 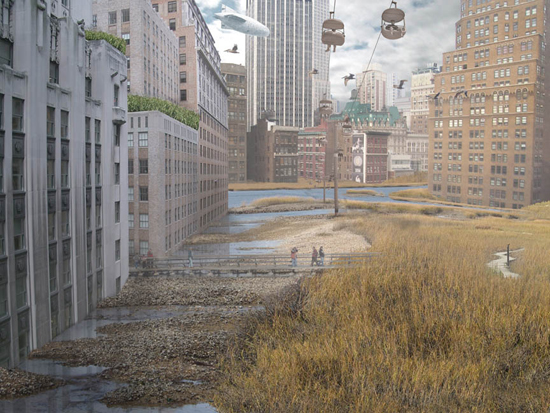 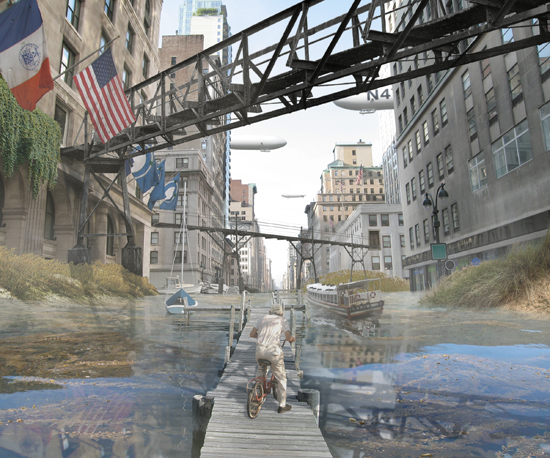 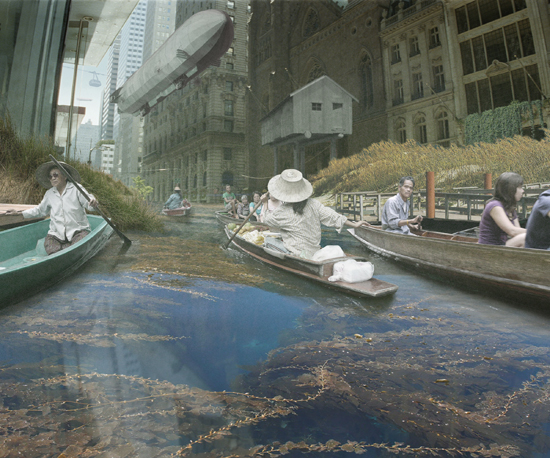 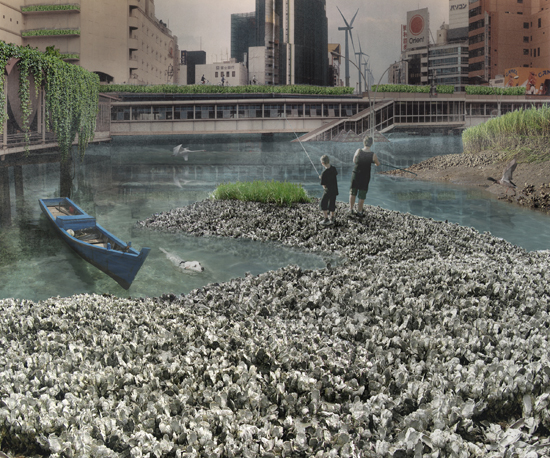 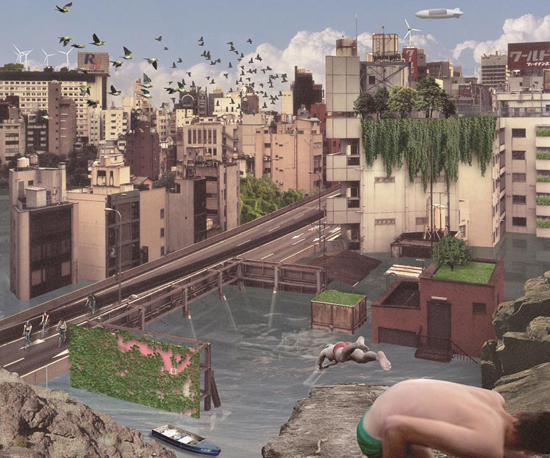 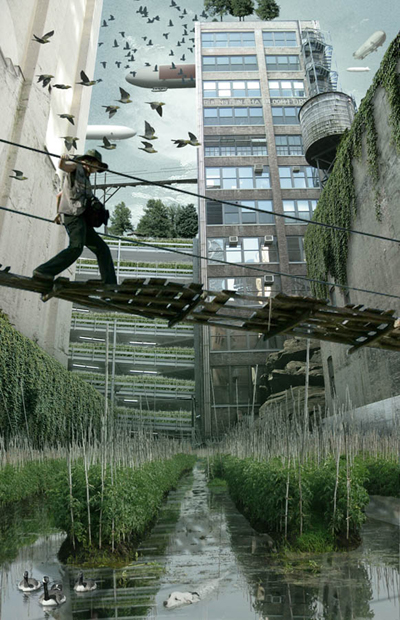