studio minorormajor has transformed a cluster of abandoned warehouses on the outskirts of the gwangju in gyeonggi province, korea, into a new and vibrant space. titled ‘seoninjang’, meaning ‘cactus’ in korean, the project draws parallels with the physical qualities of the desert plant, which appears rough but is filled with life on the inside. 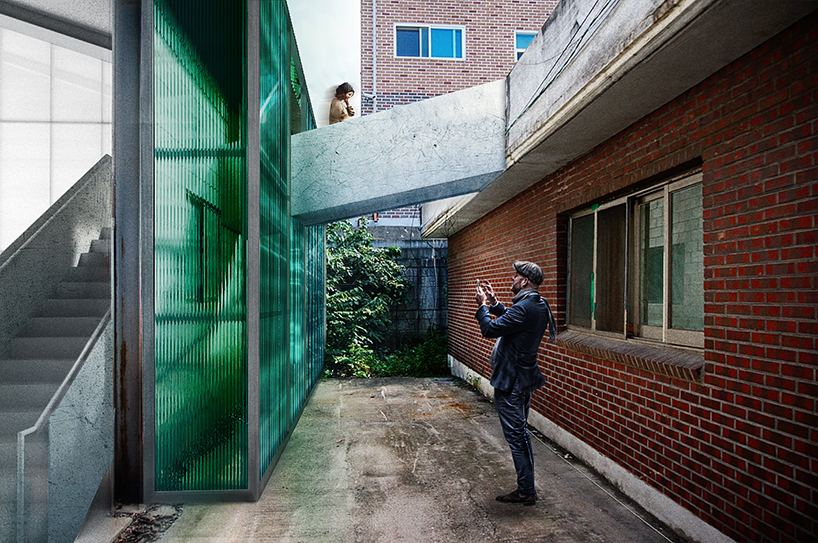 minorormajor‘s resulting proposal maintains most of the exterior of the warehouse structures, shaped by the elements and the passing of time, and focuses on reinvigorating the interiors. the korean studio, whose work crosses freely the border between art and design, has reinterpreted the warehouse spaces as one organic life form, expressed through the concepts of water and light. the café and lounge are designed similarly to the structure of a cactus, where ‘new branches’ grow from the ‘stem’, generating an organic flow of people between areas, with water at the center. the exterior of this warehouse is wrapped in polycarbonate panes, while a bridge connects the cafe with the adjacent rooftop lounge. at the same time, the third building, whose exterior is left untouched, houses the small gallery and studio spaces that, according to the studio, ‘take small seeds, embracing life, and preparing to bloom in the darkness of the underground.’ 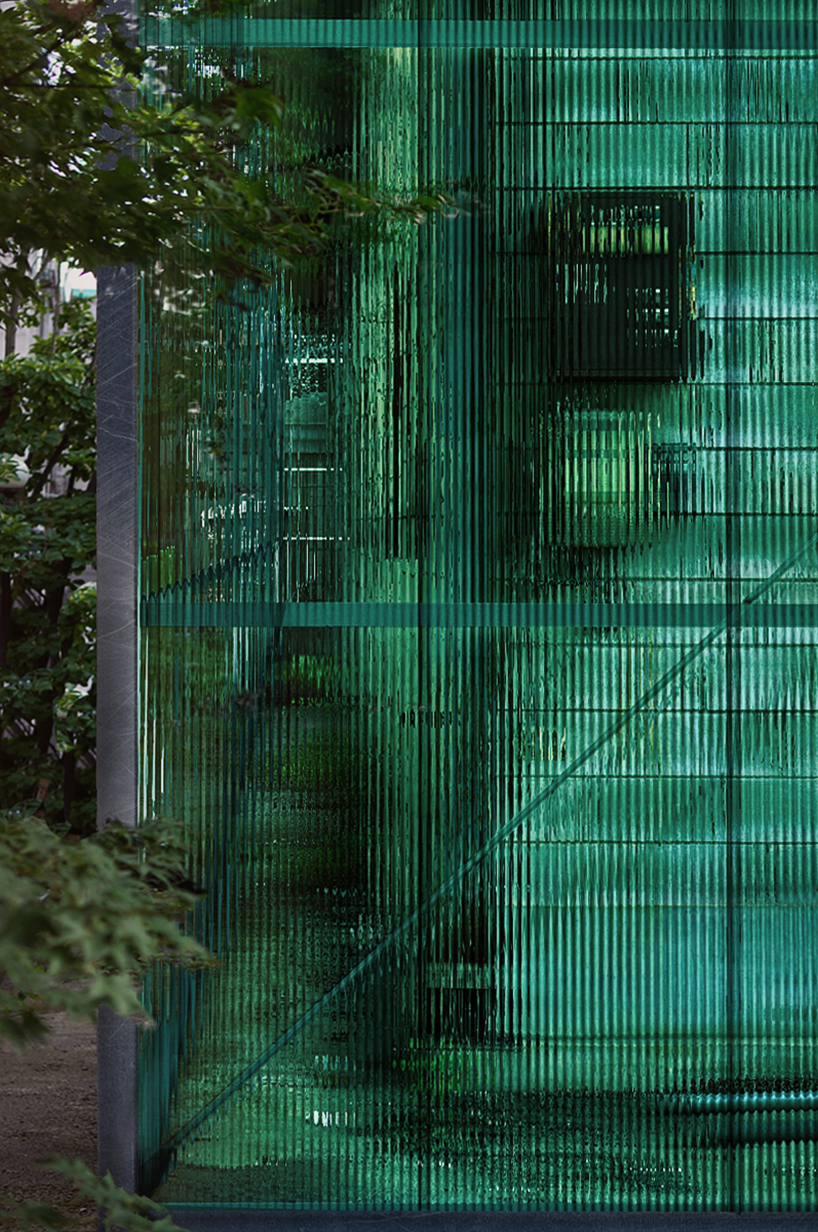 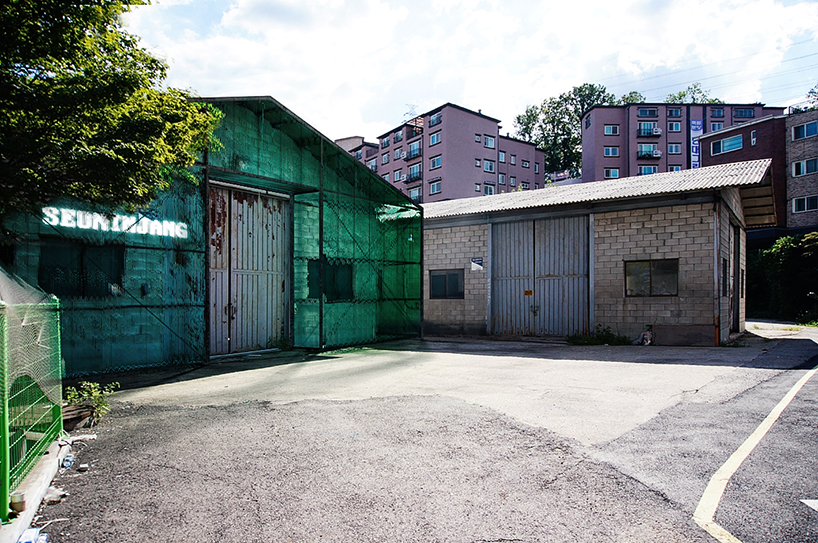 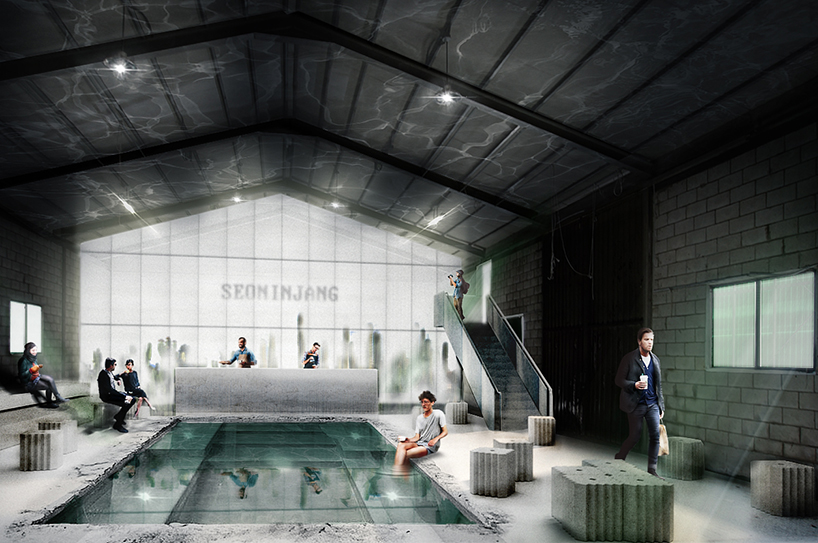 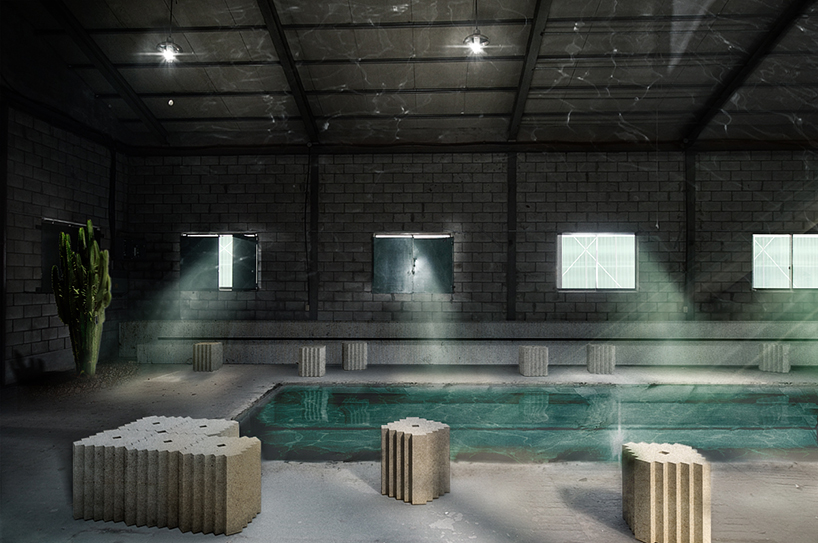 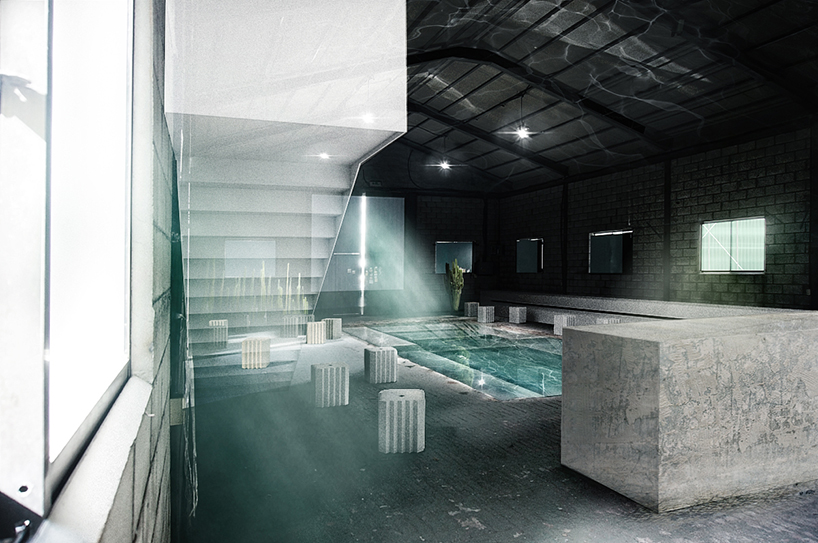 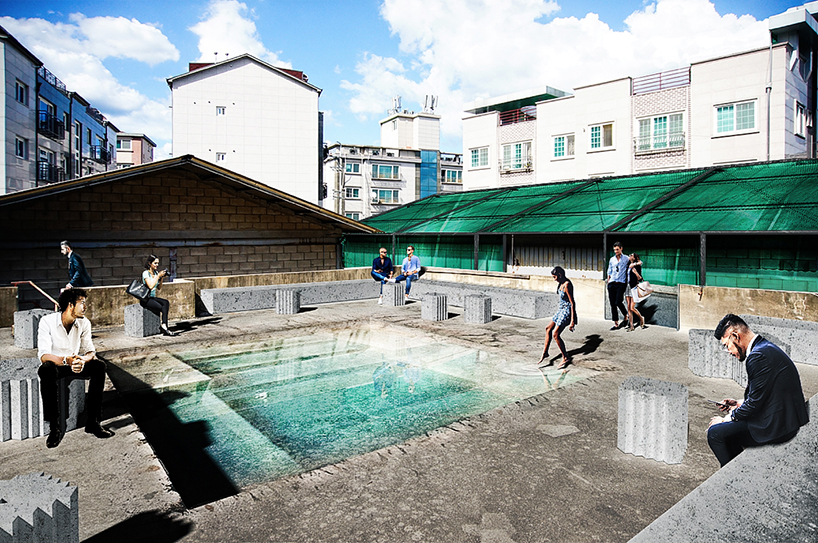 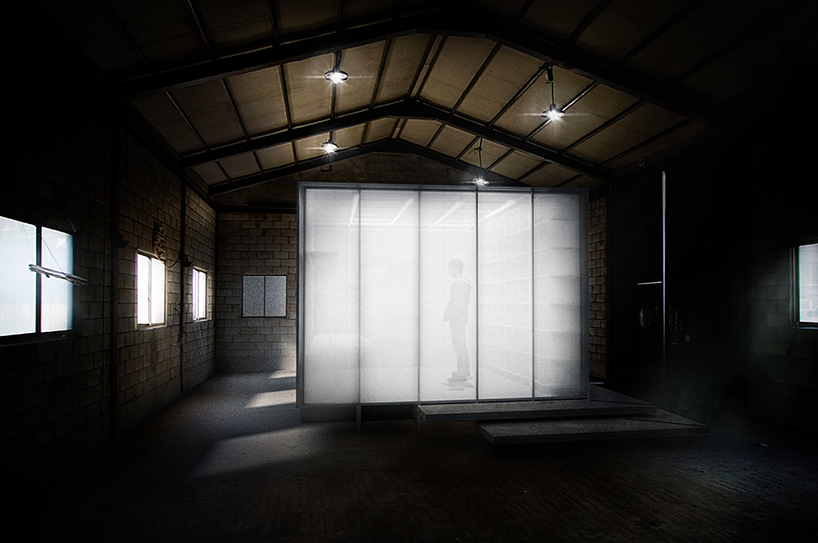 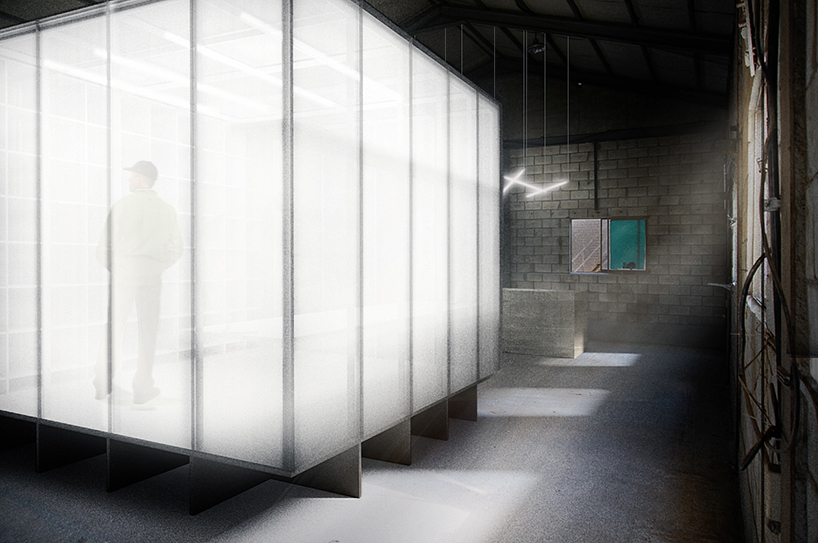 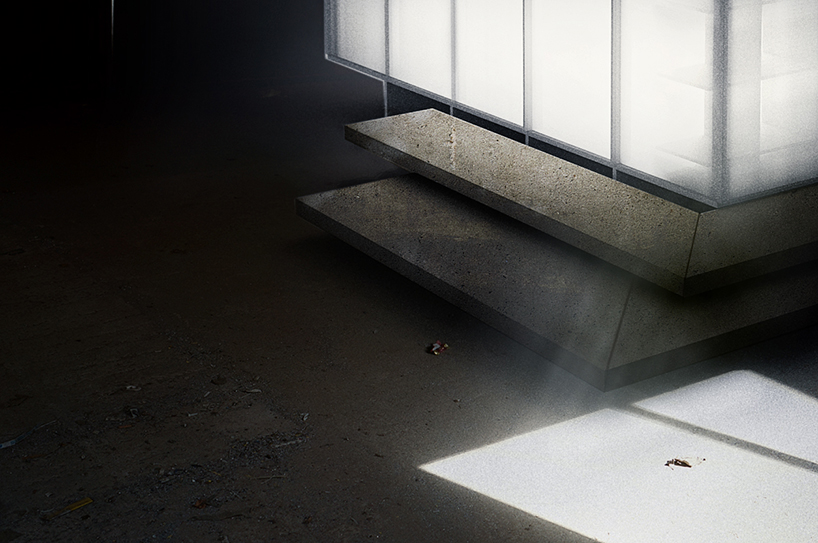 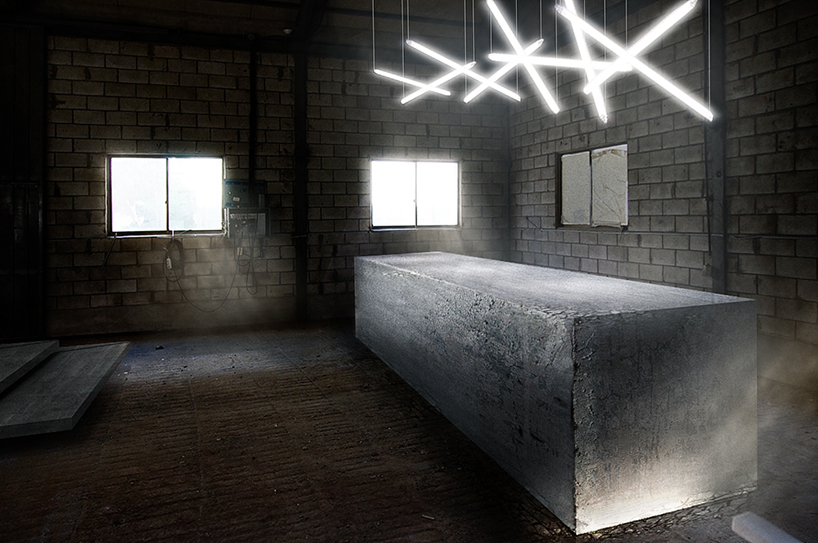 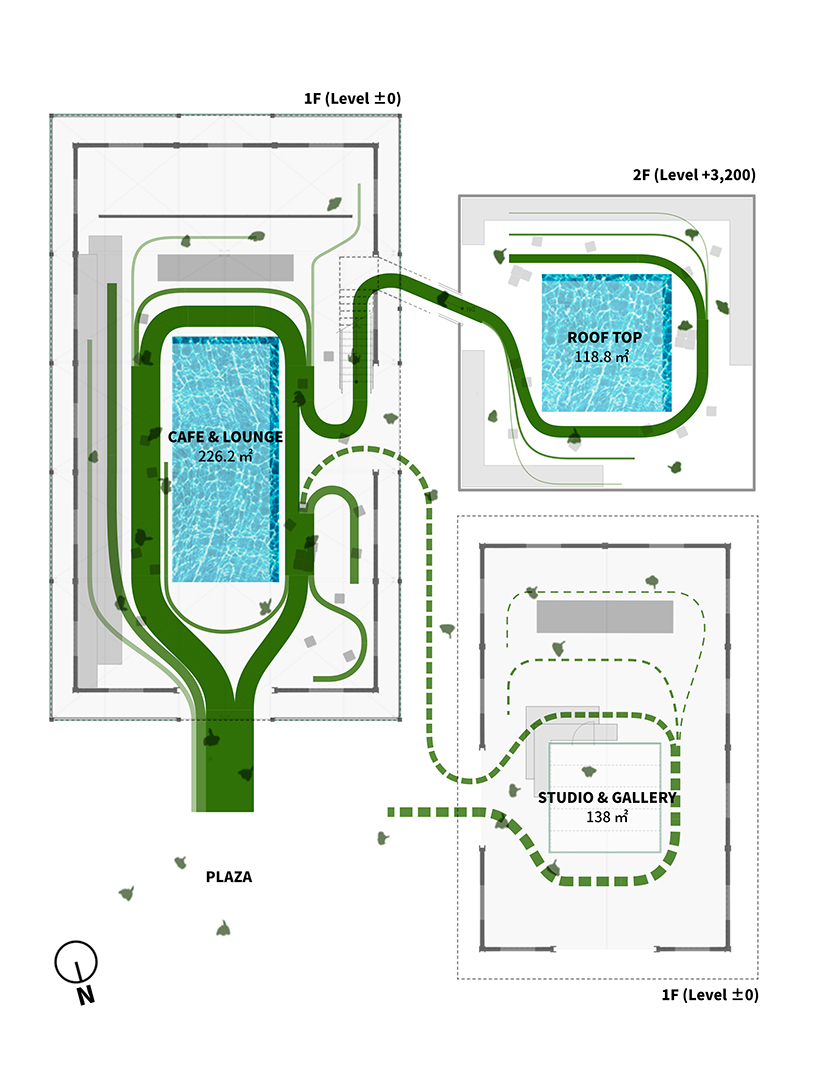