studio ossidiana has been selected to build a floating art pavilion in almere, the netherlands, which will serve as a precursor or annex to a new art museum (to be developed later). chosen among five proposals from up-and-coming architects, the project design features three circles: the port, the stage, and the observatory. its materiality combines a terrazzo for the port, developed by the studio by mixing shells, mussels, clay and charcoal, with lightweight polycarbonate for the pavilion’s cylindrical façade. 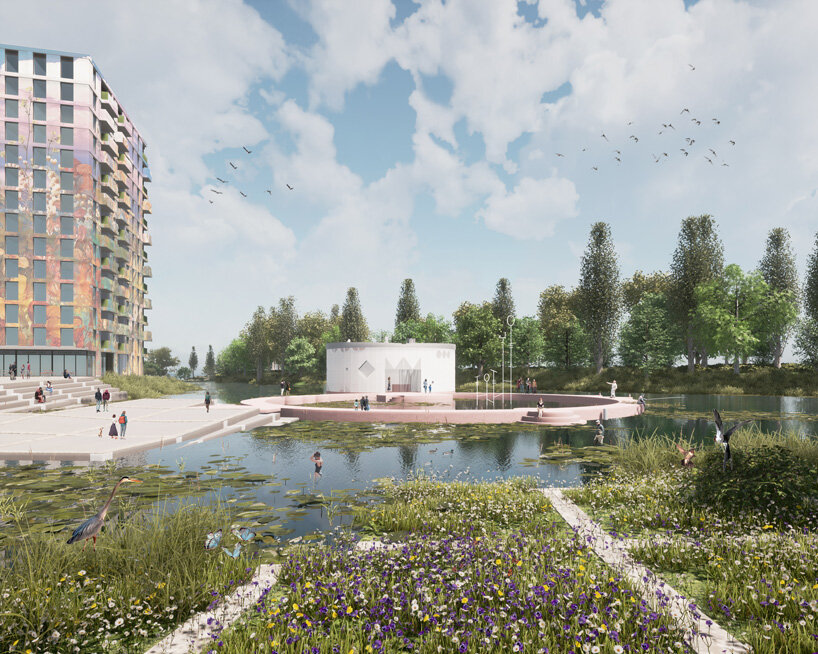 all images courtesy of studio ossidiana

studio ossidiana’s proposal for the art pavilion was selected by a jury from the municipality of almere and the province of flevoland. the pavilion’s poetic design merges architecture, art and nature, offering visitors a stimulating experience both indoors and outdoors. its concept draws from the sea that the province of flevoland replaced, and the weerwater lake, where the pavilion shall stand. three circles compose the project: the port, a ring-shaped promenade on the water; the stage, an island that also serves as a terrace, but will drift like a floating platform in strong winds; and the observatory, which has two exhibition spaces and is located on the third circular platform.

‘we have become fascinated by flevoland and the province’s history,’ says alessandra covini, co-founder of the rotterdam-based studio. ‘the land is humanmade. in fact, it’s an enormous garden where land art is used to collect thoughts about the area. circular forms kept emerging in our research. the strong relationship between water and circles subsequently informed our design, which features three circles on the water.’ 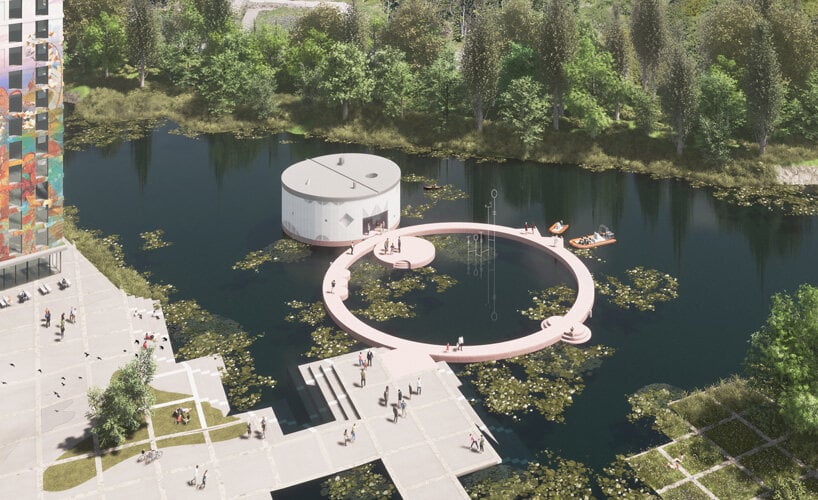 the port is made from a pink-hued terrazzo developed by studio ossidiana, which uses shells, mussels, clay and charcoal in reference to flevoland’s soil. the observatory, which also sits on a terrazzo platform, is wrapped in a lightweight polycarbonate cylindrical façade that filters and reflects the hues of the water and greenery. the visitors’ silhouettes cast through the façade’s carefully designed openings, creating a dreamy, artistic atmosphere.

‘I hope there will be plenty of plants and birds will nest around the pavilion, that people sunbathe on the promenade or go swimming even,’ notes studio ossidiana co-founder giovanni belloti. ‘this is how the pavilion adds something to the land art collection of the province of flevoland.’ 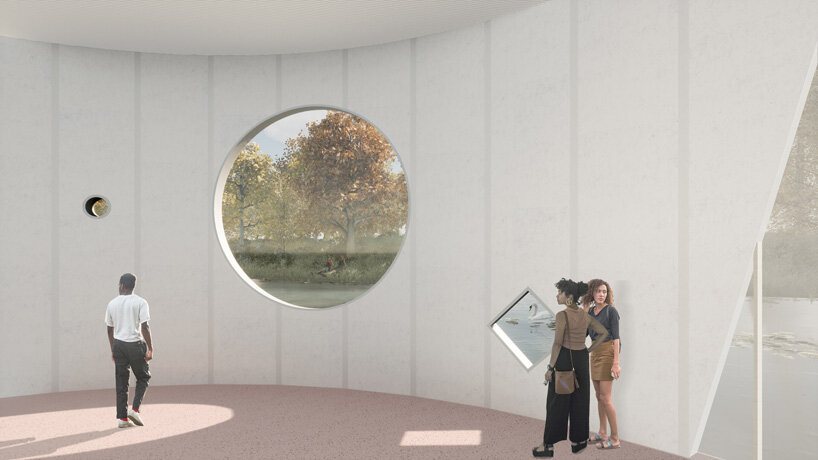 the art pavilion is a precursor or annexe to a new art museum to be built in almere in the next five to ten years as part of the almere 2.0 program. instead of establishing a museum immediately, it was decided to first experiment with a prototype: a temporary art pavilion for activities over the coming years, with plenty of room to develop and test new ideas. the pavilion will be located at the heart of the world horticultural exhibition floriade expo 2022, after which the site will be developed into ‘hortus’, an innovative, sustainable residential area, with the art pavilion as a key attraction. 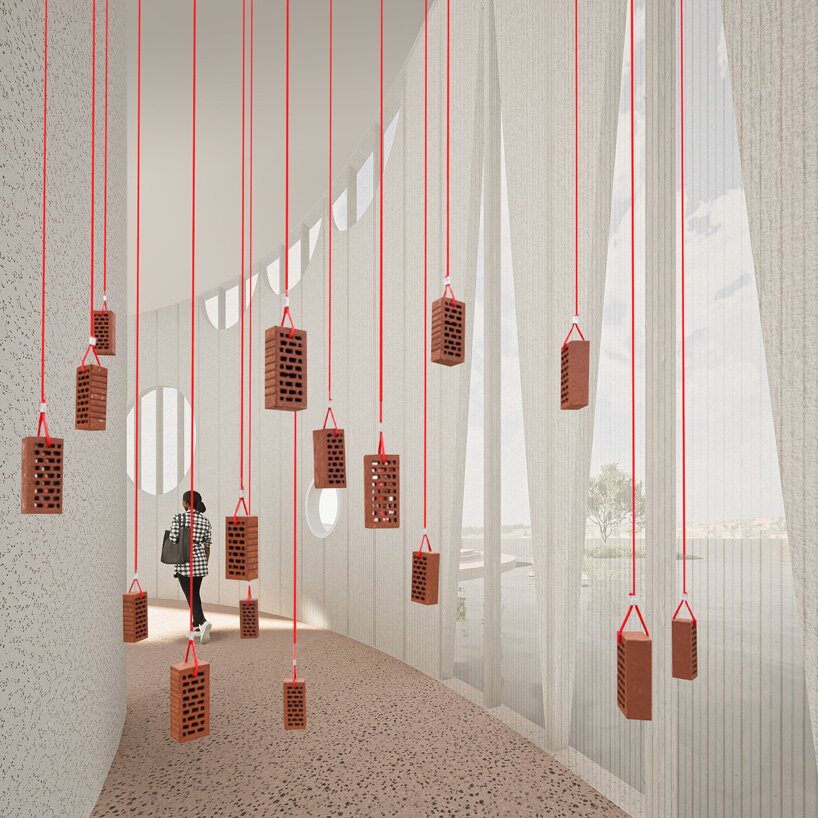 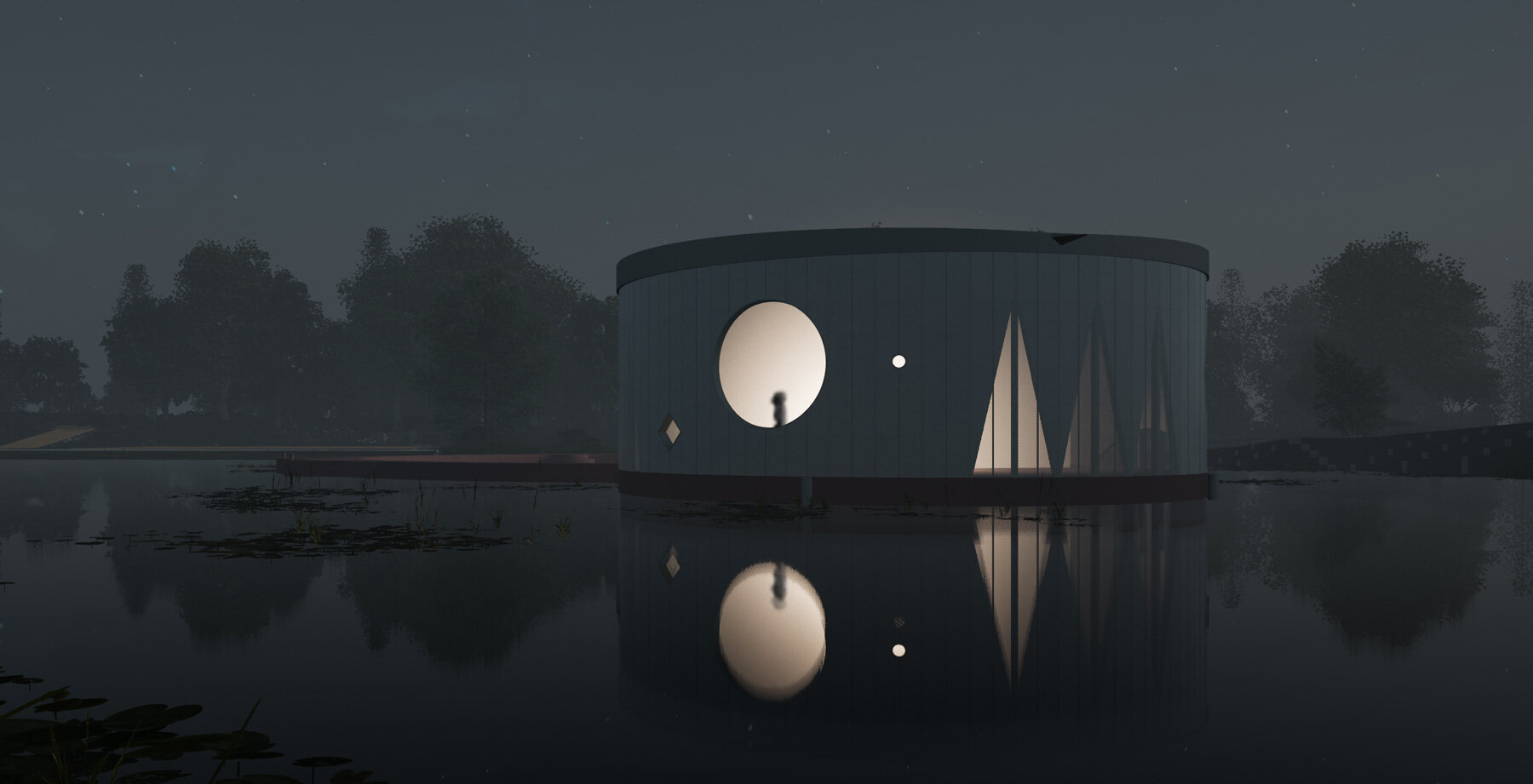 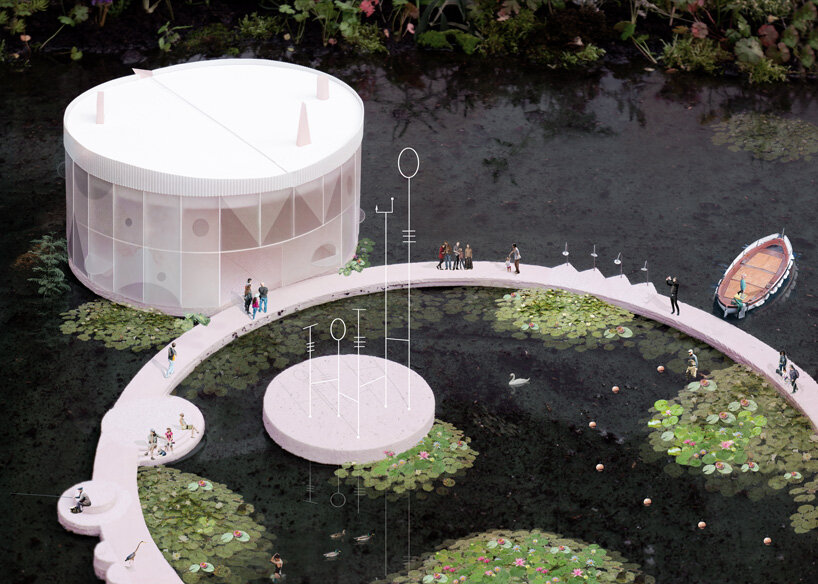 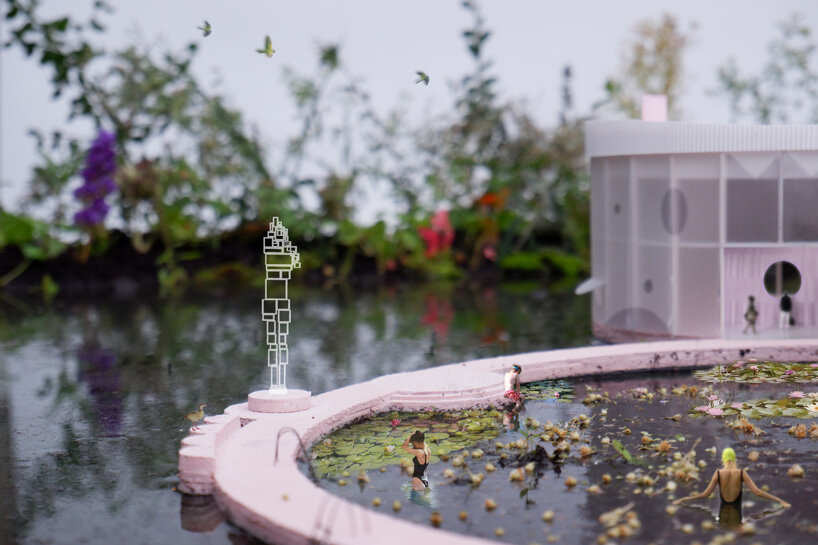 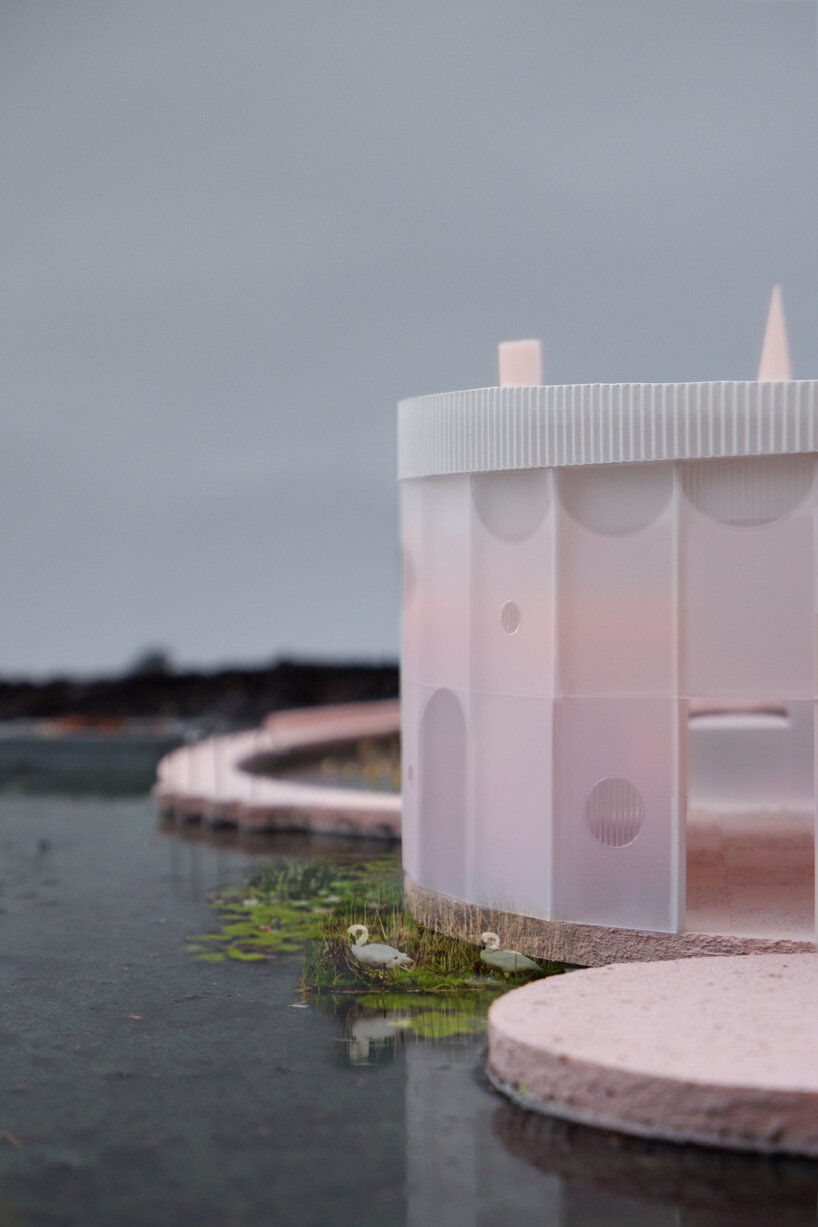 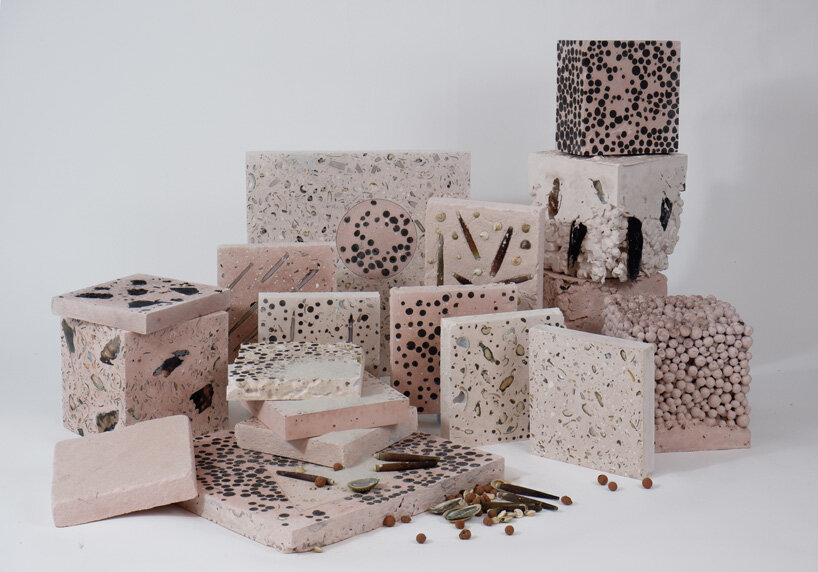 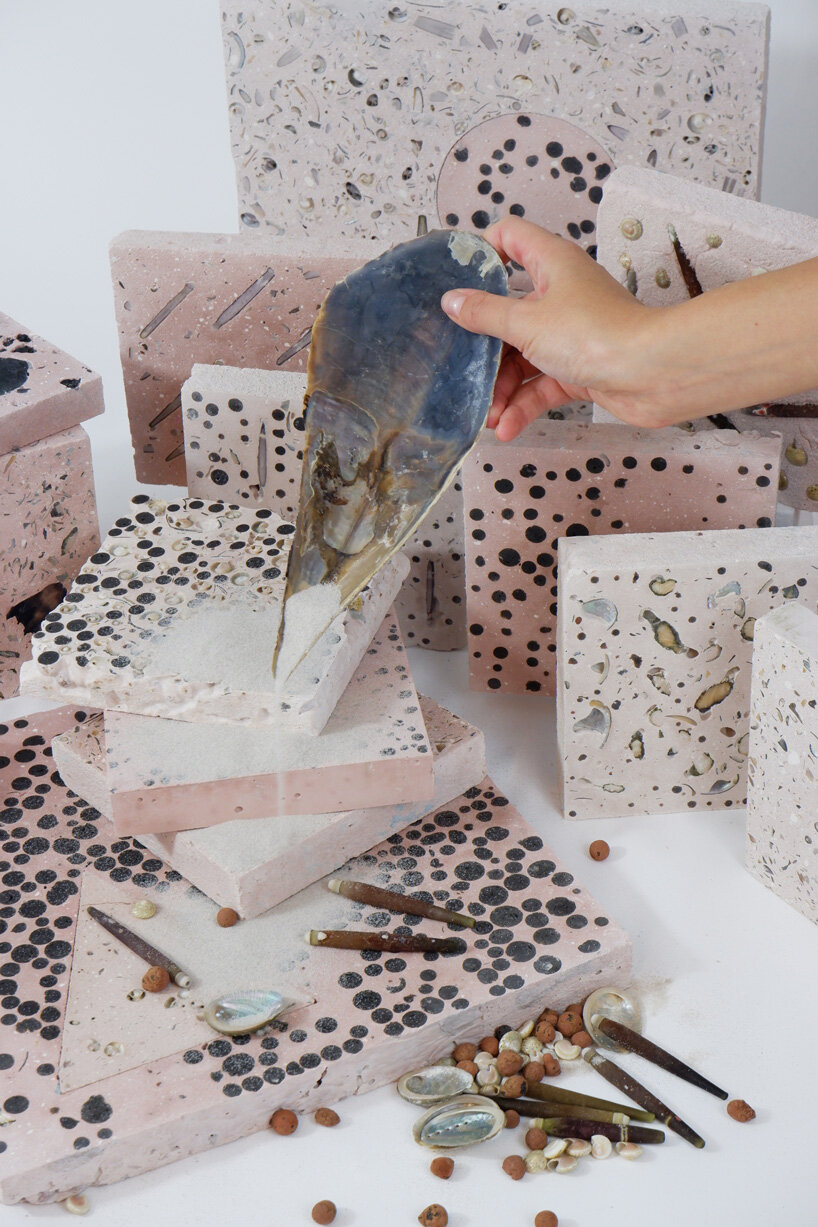 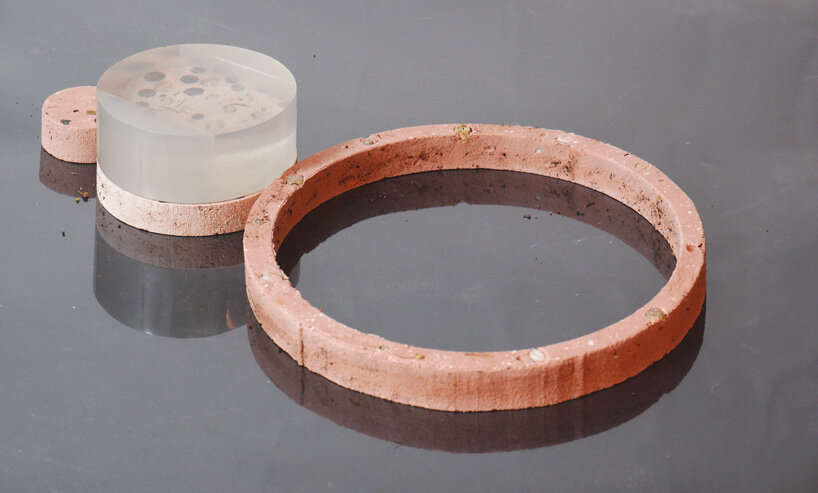 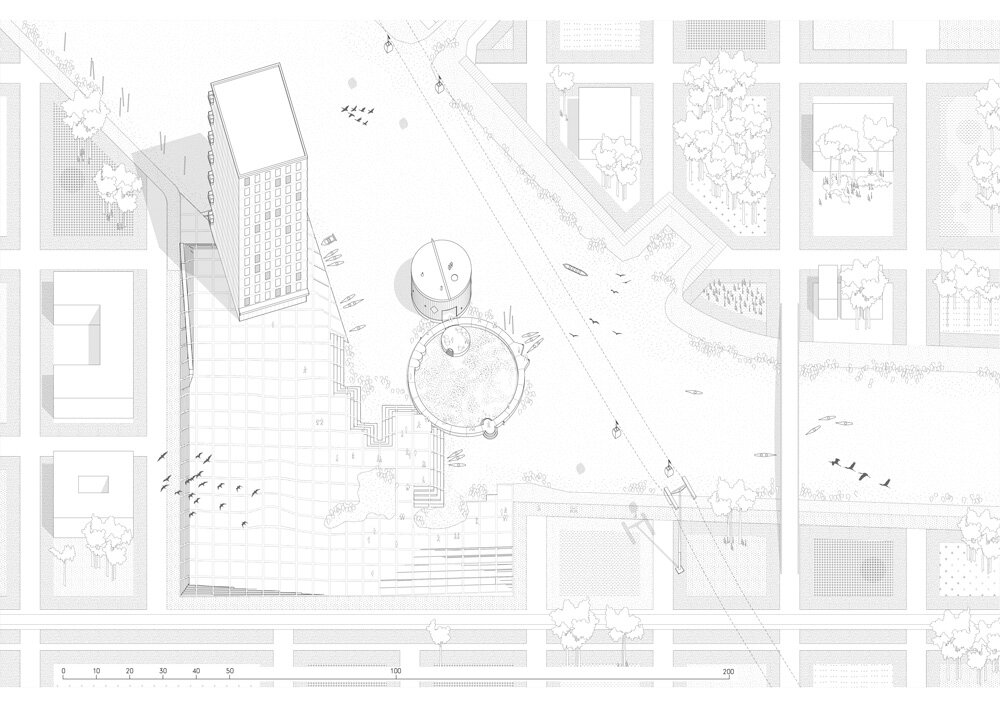 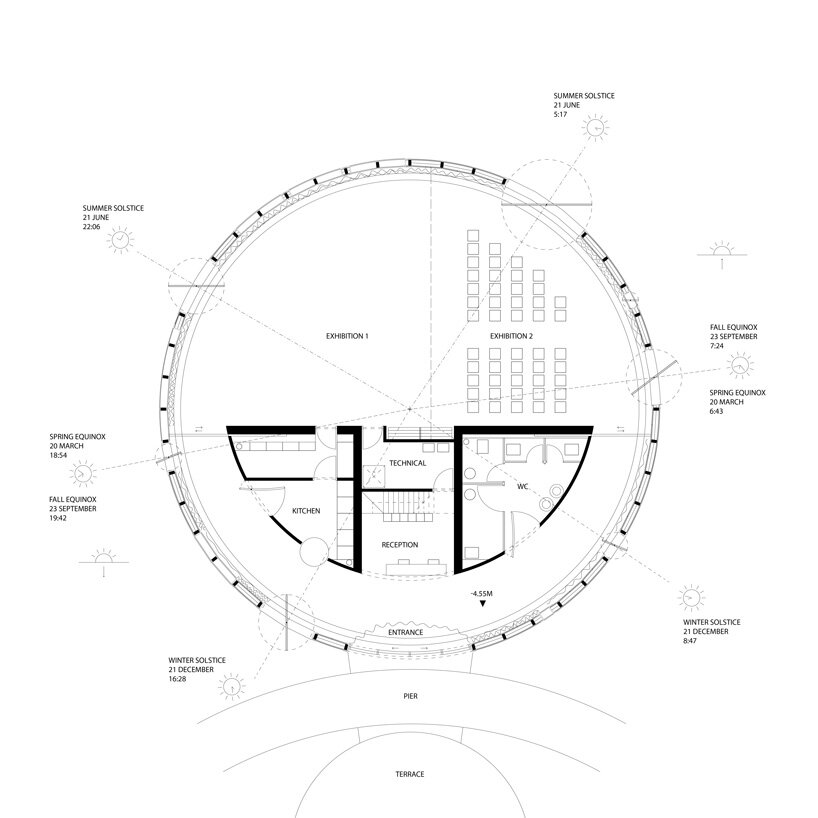 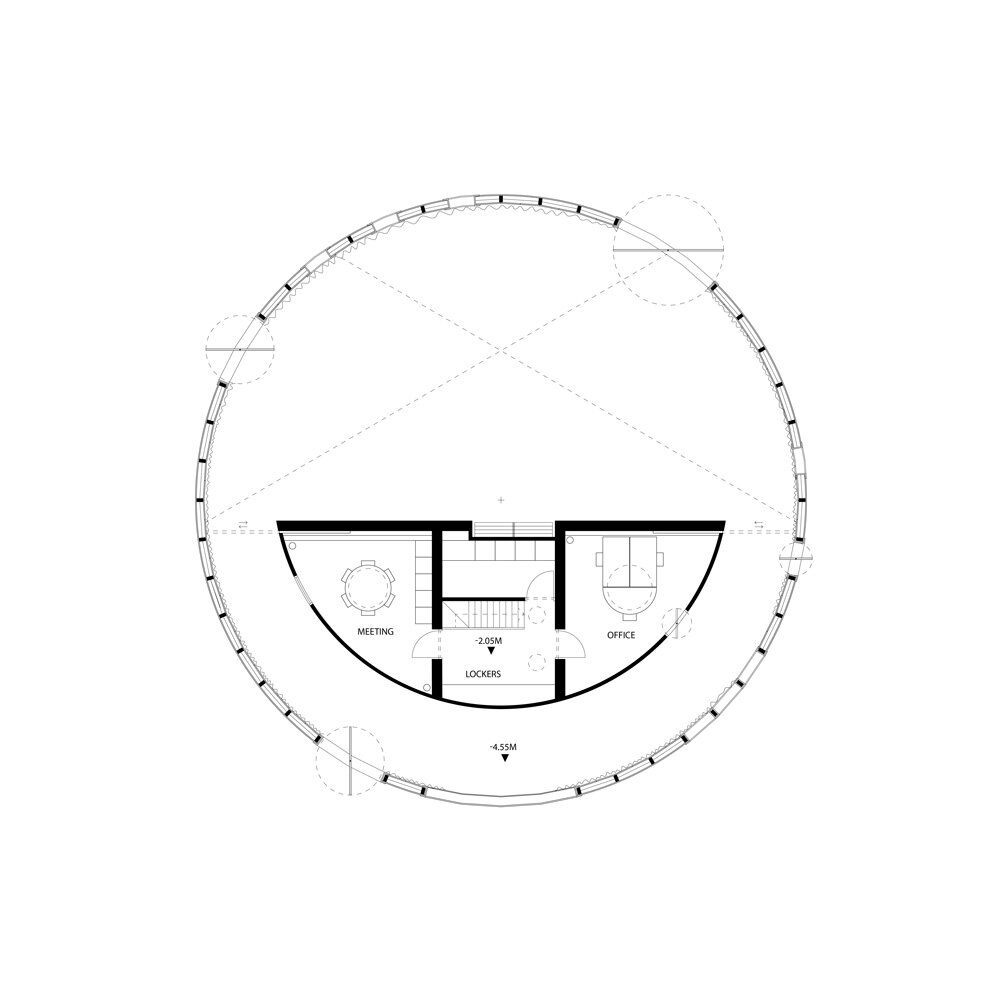 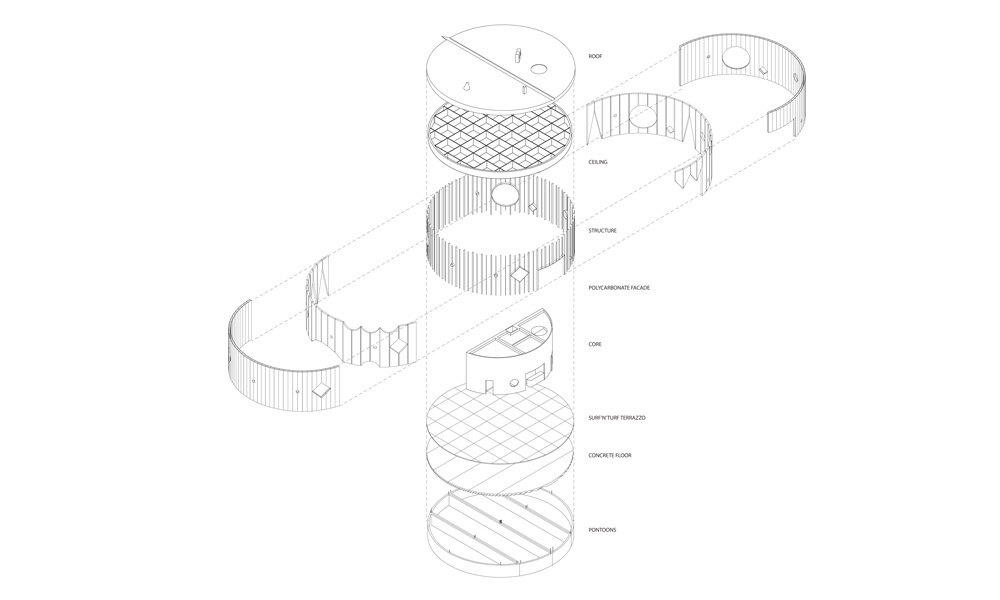 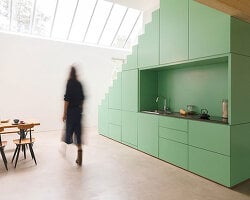 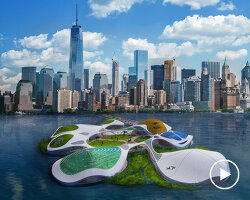 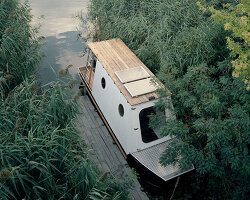 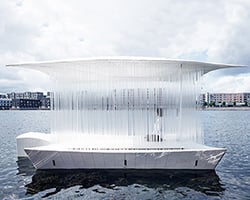