located in an eastern region of the netherlands, this two-storey home has been built to replace a historic farmhouse that had burnt down in an unexpected fire. designed by studio puisto and bas van bolderen architectuur, the scheme took only one and a half years to complete – from the beginning of the design process until its finalization. 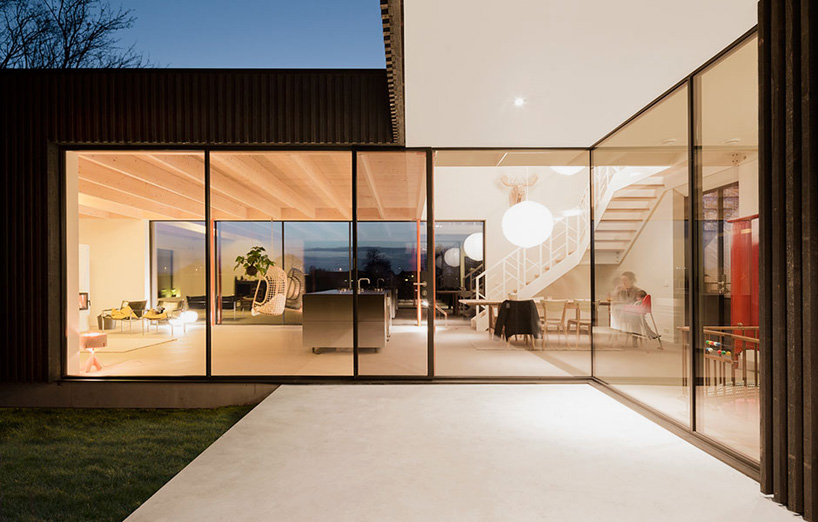 instead of replicating the form of the fallen structure, the client aspired for a contemporary home with internal programs organized in a linear sequence. this layout then evolved in order to maximize views of the surrounding landscape, while retaining some of the barn’s original features such as double-height ceilings. 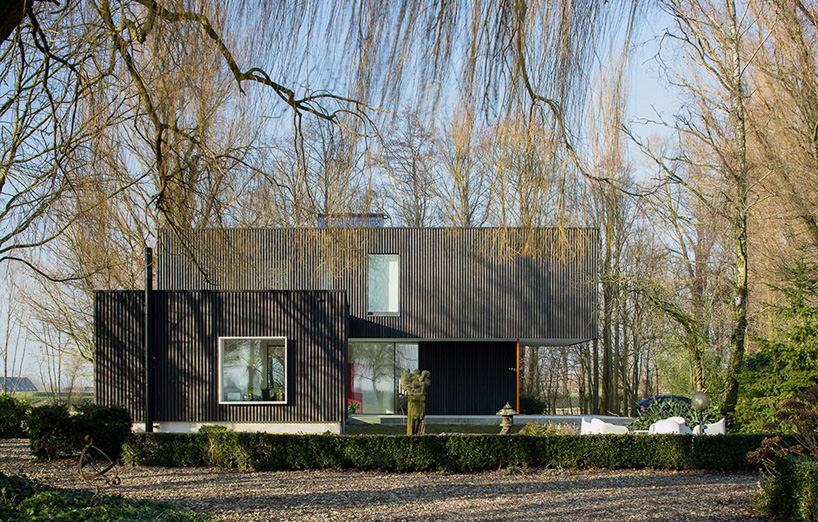 as minimizing construction time was essential, the house was designed in close cooperation with the main contractor. the wooden wall elements were CNC cut and prefabricated in germany, before being transported to site and erected in less than a week. the wooden structure allowed for big cantilevers and openings, which frame views of the fields situated around the property. 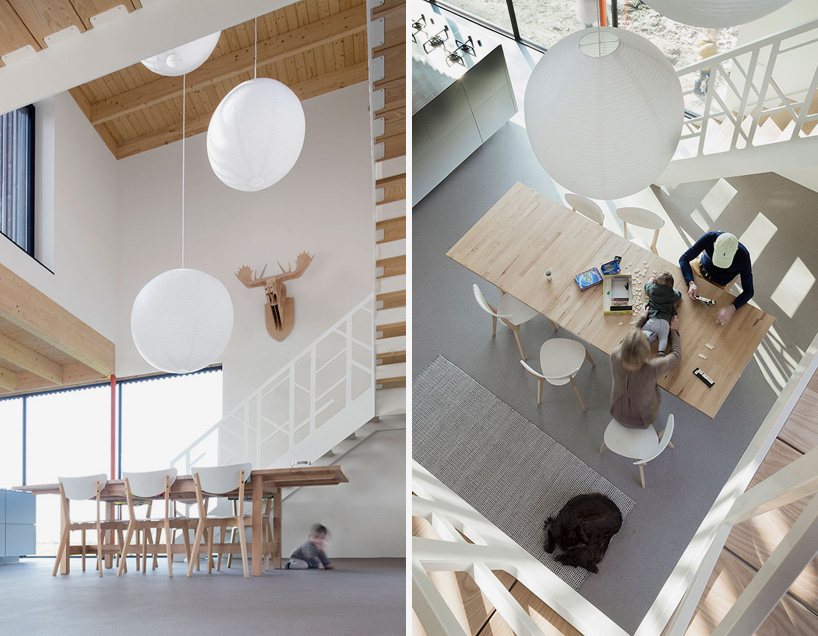 to comply with dutch building regulations the design team had to ensure that the residence appeared integrated with its surroundings. however, rather than blending the house with the existing built environment, dark stained vertical boards allow the home to fit into the surrounding natural backdrop. 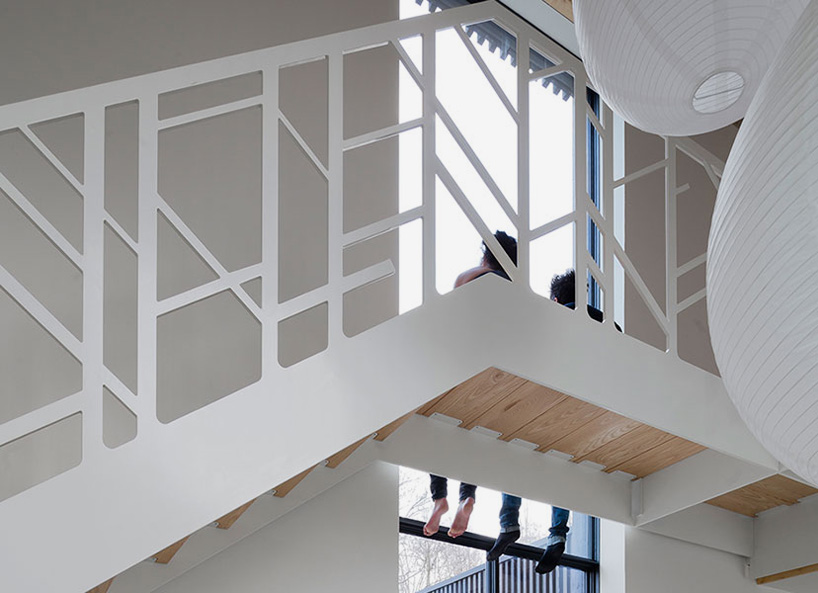 from an environmental perspective, the house is designed to conserve as much energy as possible, and has high levels of insulation combined with an efficient heat recovery system. solar thermal collectors and a heat accumulating wood stove serve as additional energy sources, with the house only requiring an external heat source on the coldest winter days. 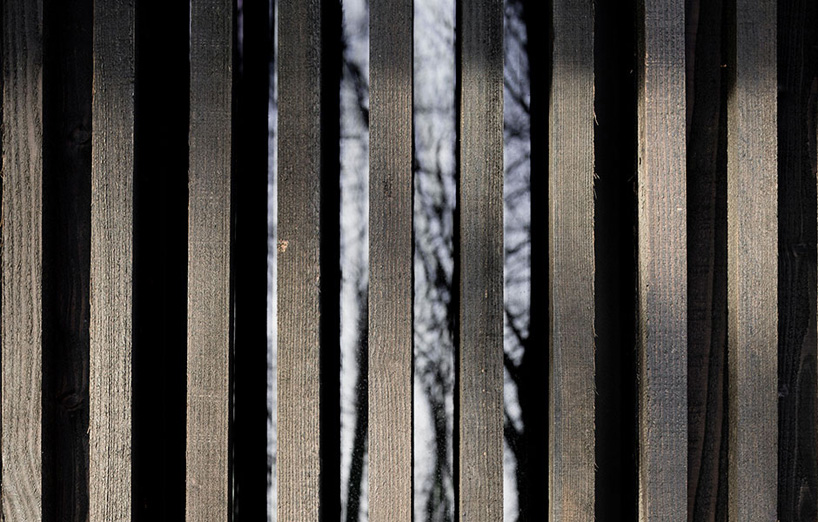 the property is clad with black timber
image © marc goodwin 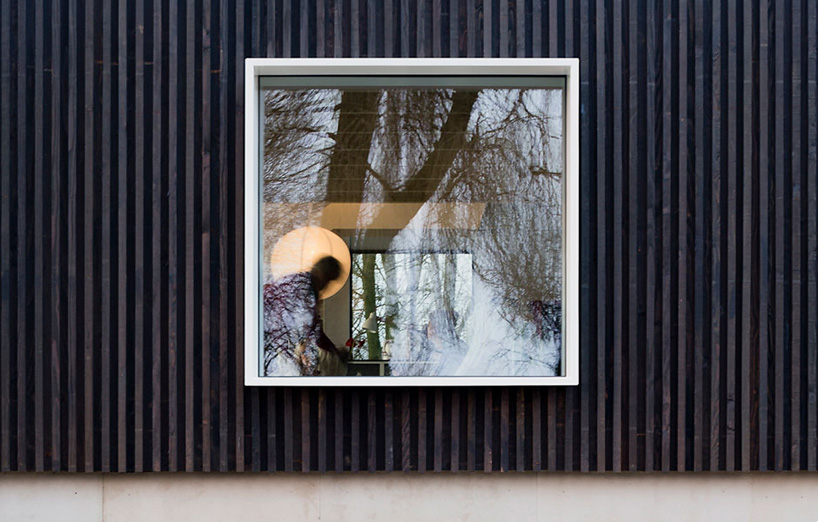 an aperture set within the prefabricated façade
image © marc goodwin 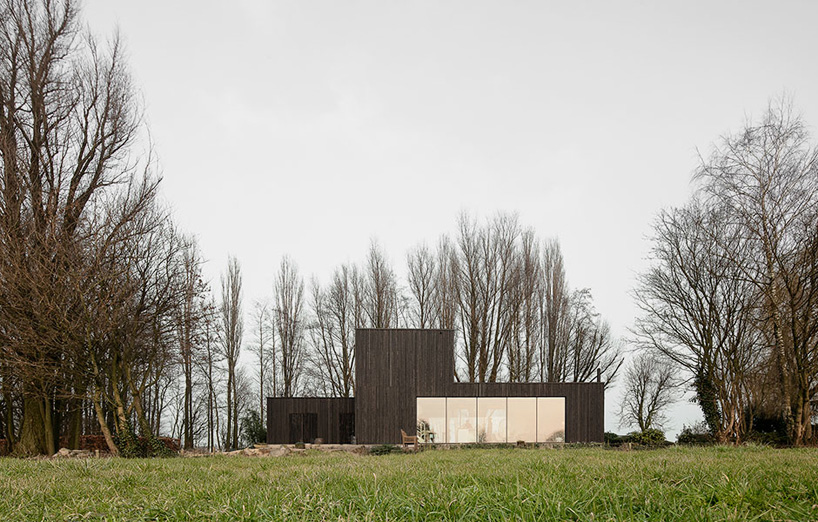 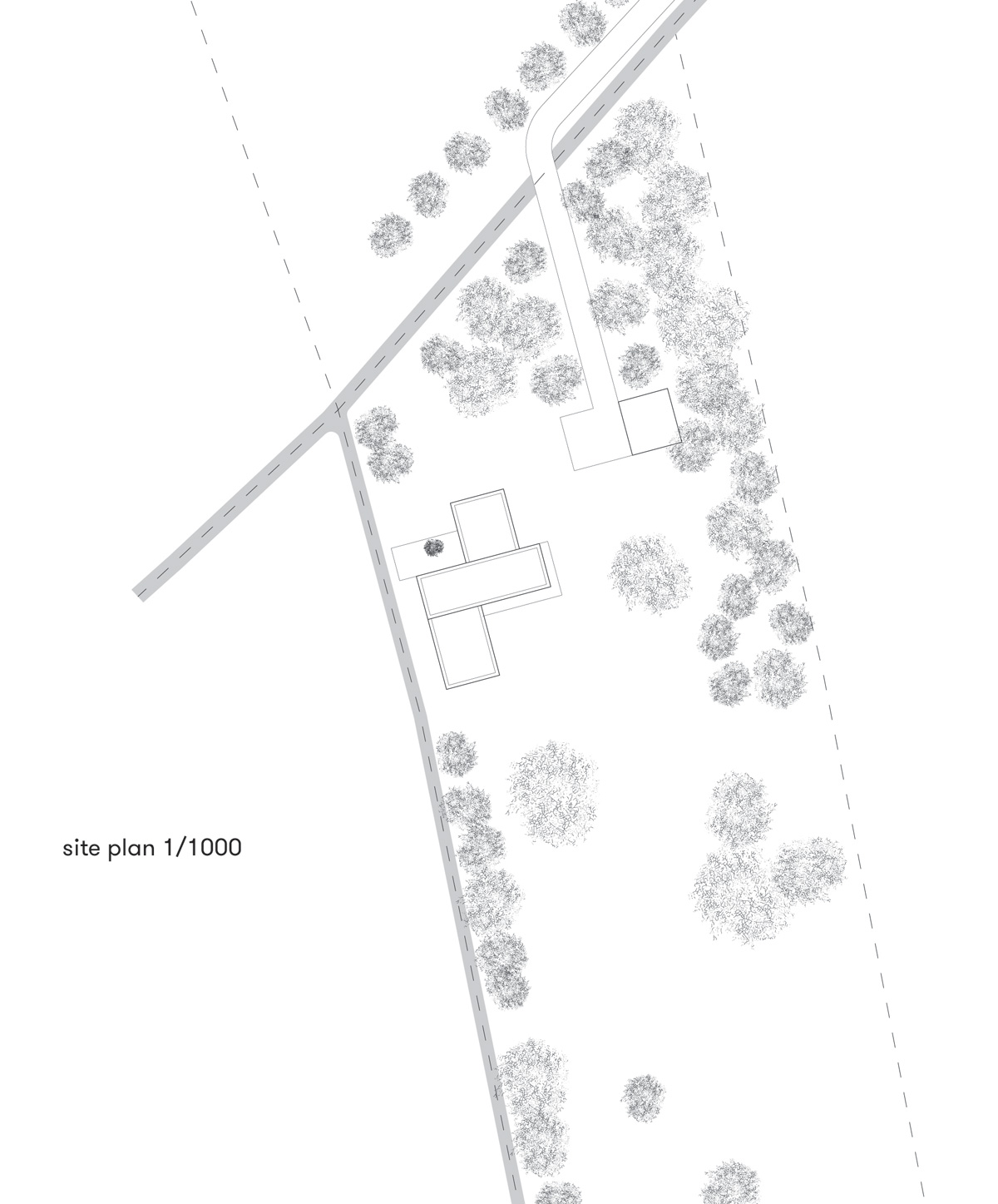 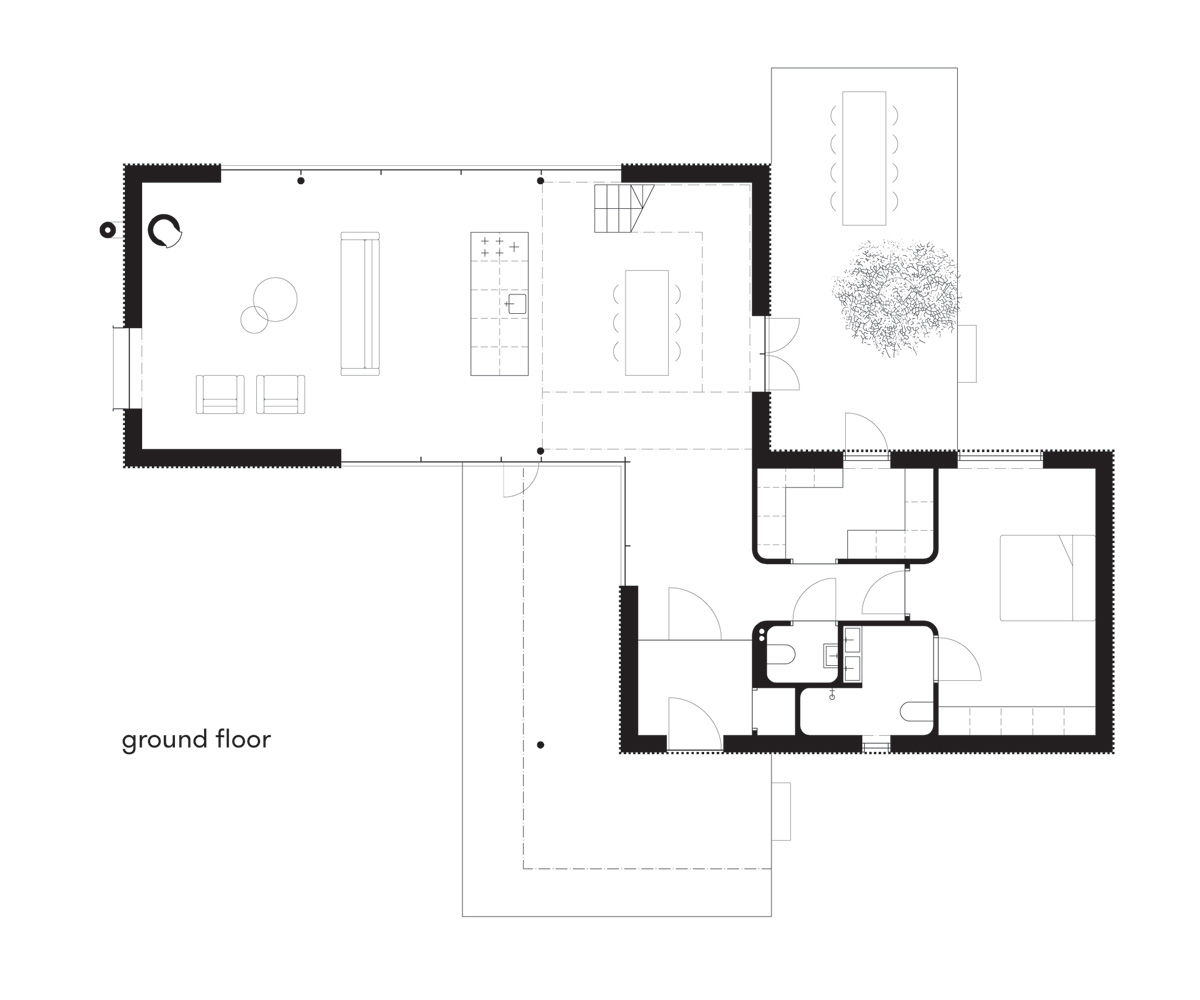 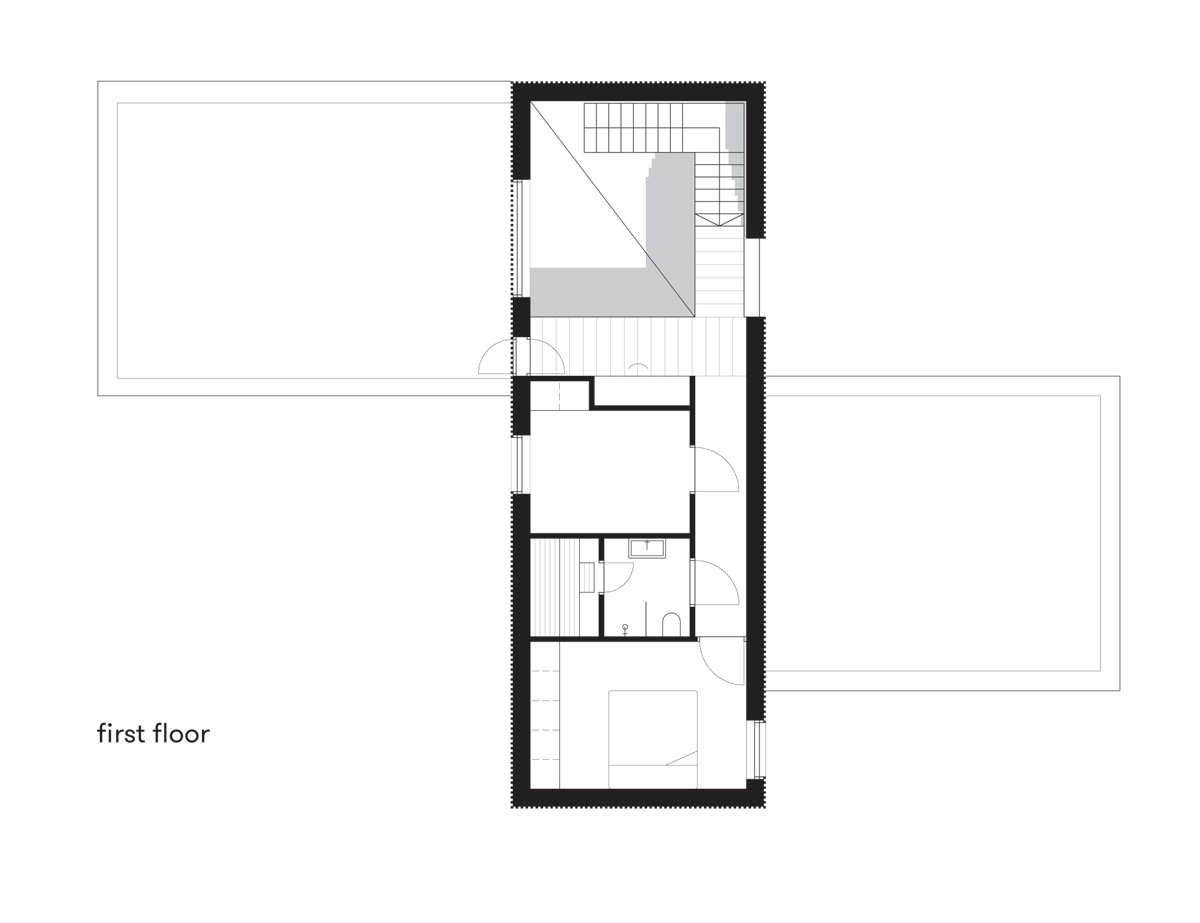 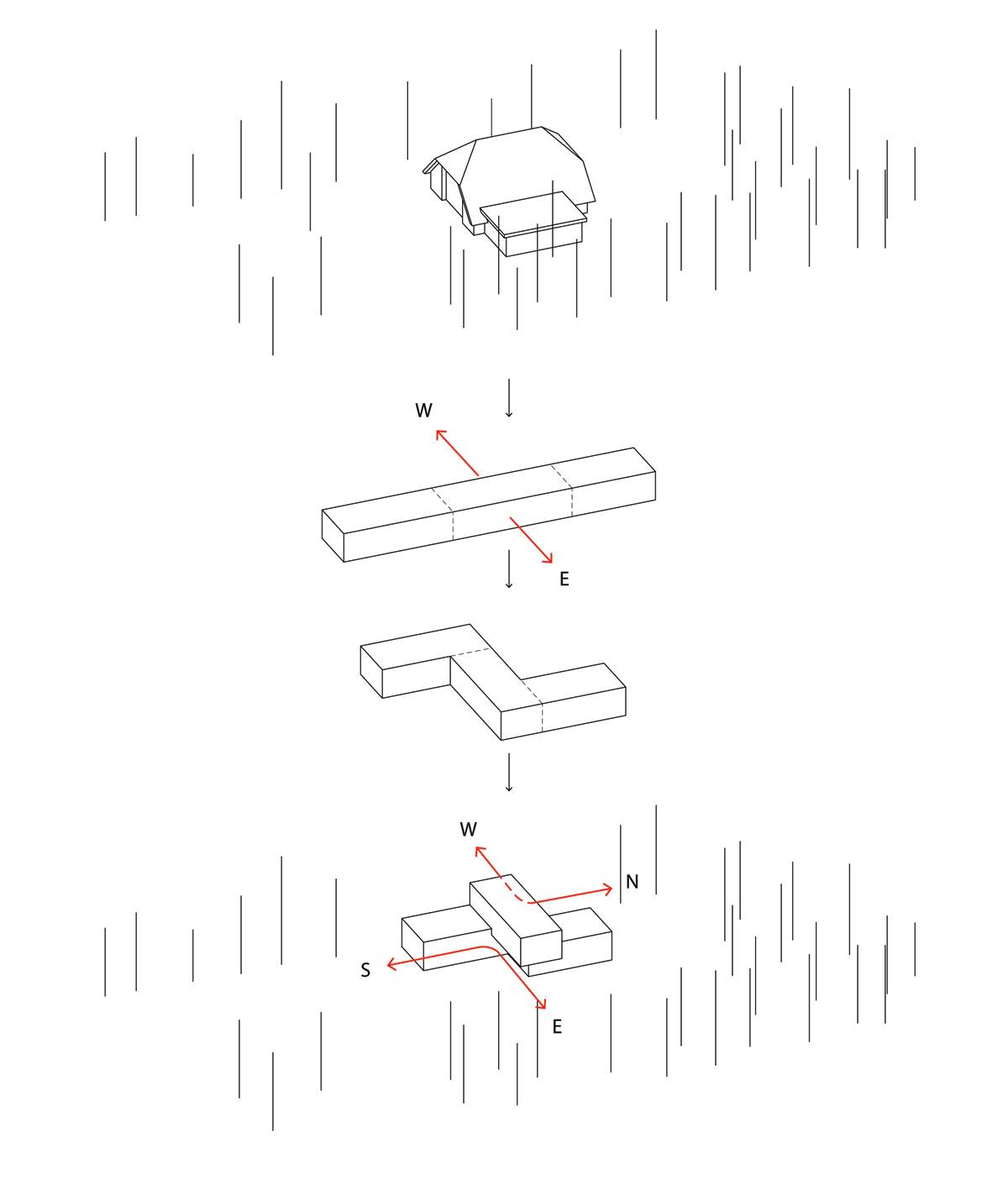 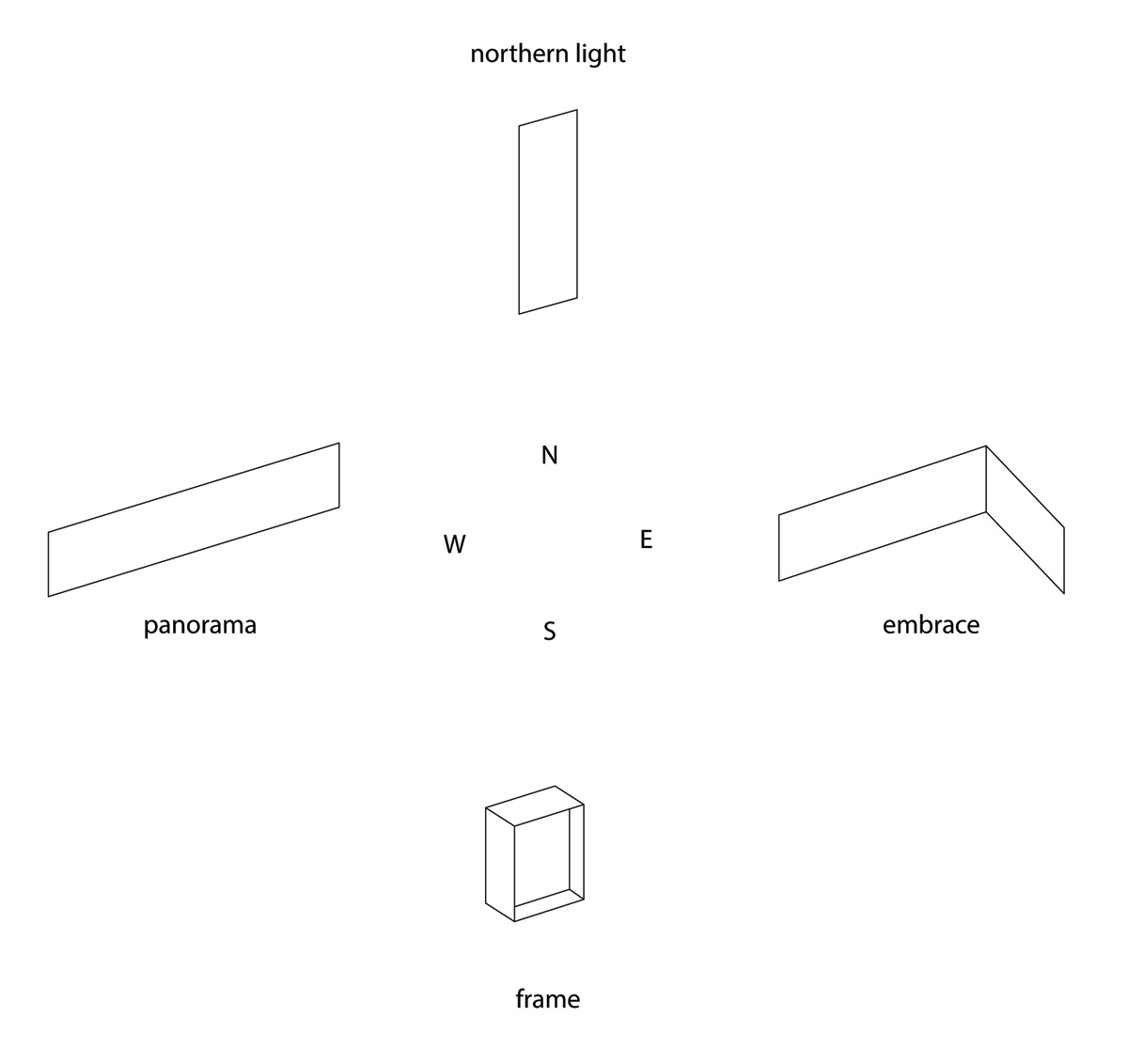 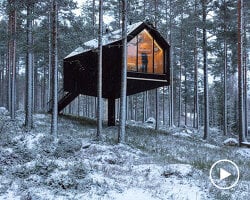 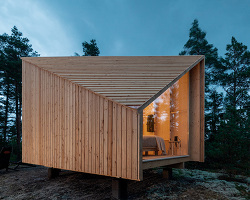 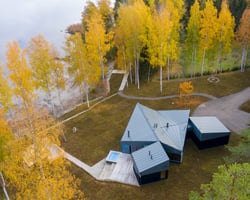