japanese architecture practice studio synapse (mikiya ueki, saori ueki) has shared with us images of ‘house in midori – ori no ie’, a single-storey private dwelling on a quiet and remote site in gunma, japan. taking advantage of the generous open nature of the plot, the design features a large terrace to the front while focusing on providing multiple access points from all directions. 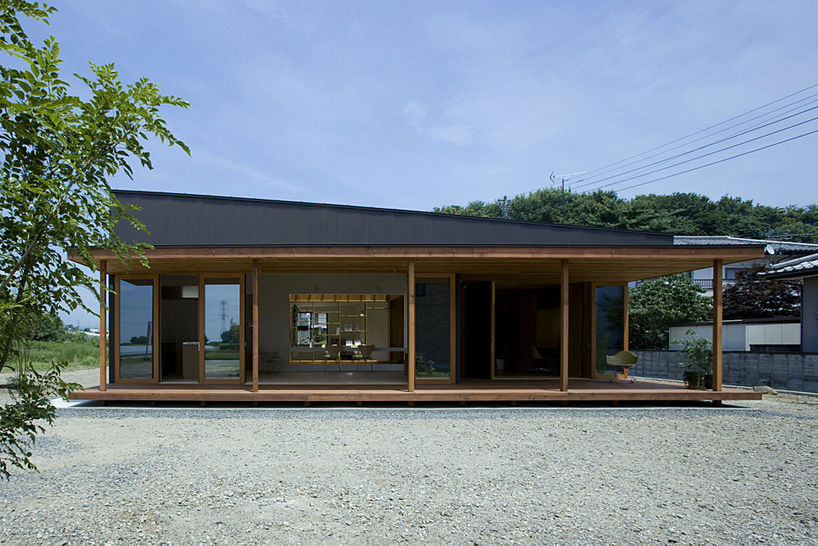 characterized by a large sheltered terrace to the south, the house sits comfortably removed from the site line, creating buffer zones to the east and the west which act as outdoor play area for the children. the low-lying structure features a single-sloping roof that lifts up to the southwest corner of the plane. wrapped in a dark metal cladding, the terrace draws visual focus through a wooden construction and finish. 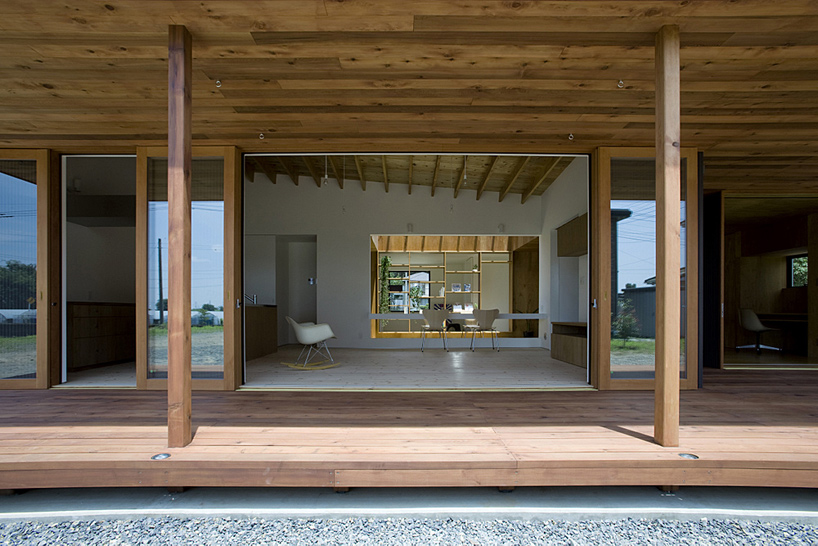 conceived as a series of spatial layers, the arrangement of the layout centers around establishing visual connections throughout every part of the house. large internal windows link views through a central light-filled space which gains natural illumination by a large stretch of skylight. each room also exhibits a separate entrance which directly connects and associates with the exterior in multiple directions. this porous character of both the exterior and internal partitions provide a sense of continuous space for the inhabitants. 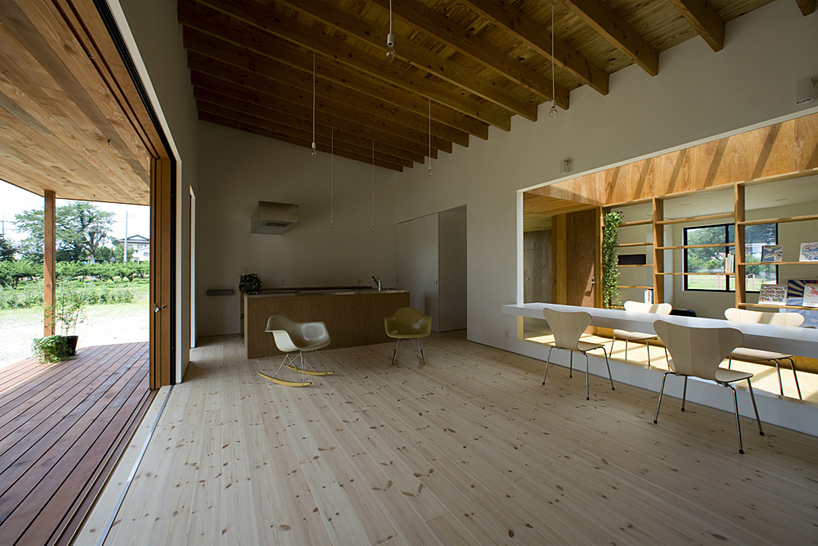 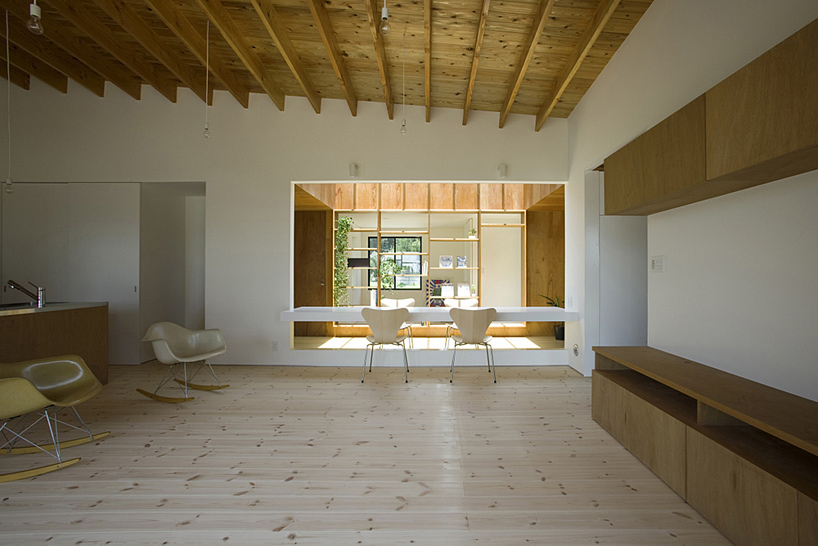 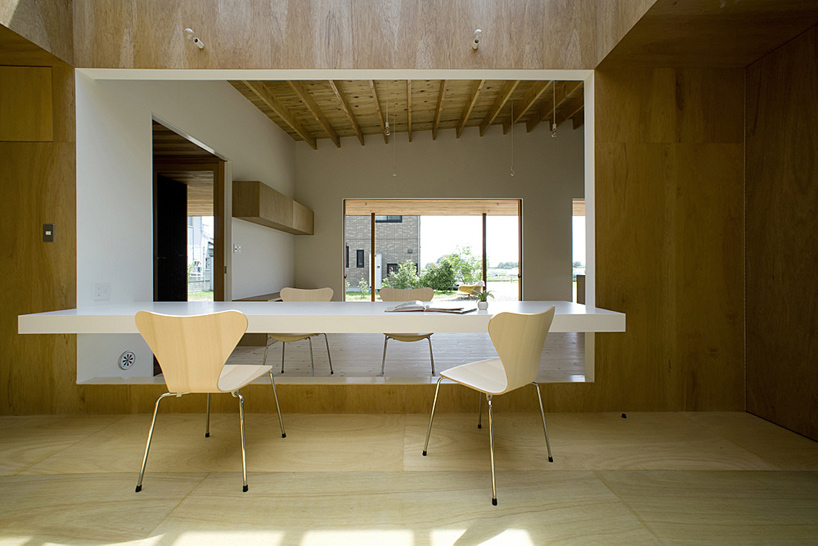 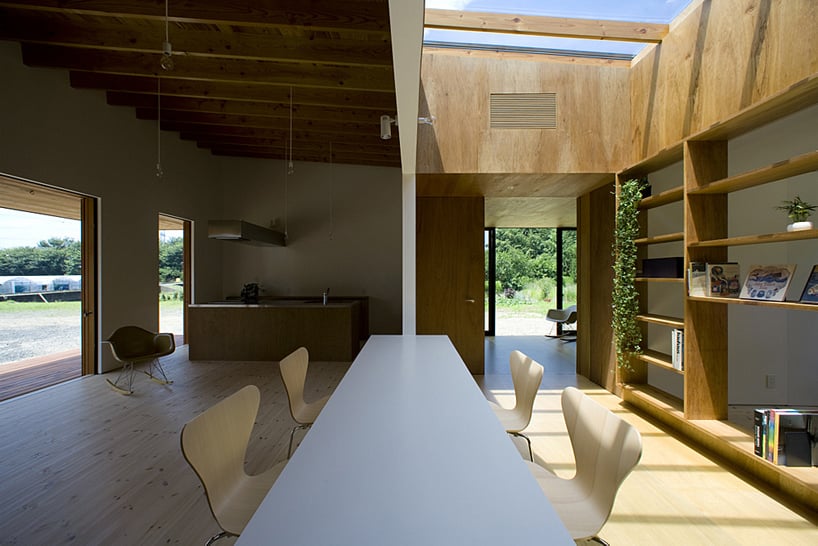 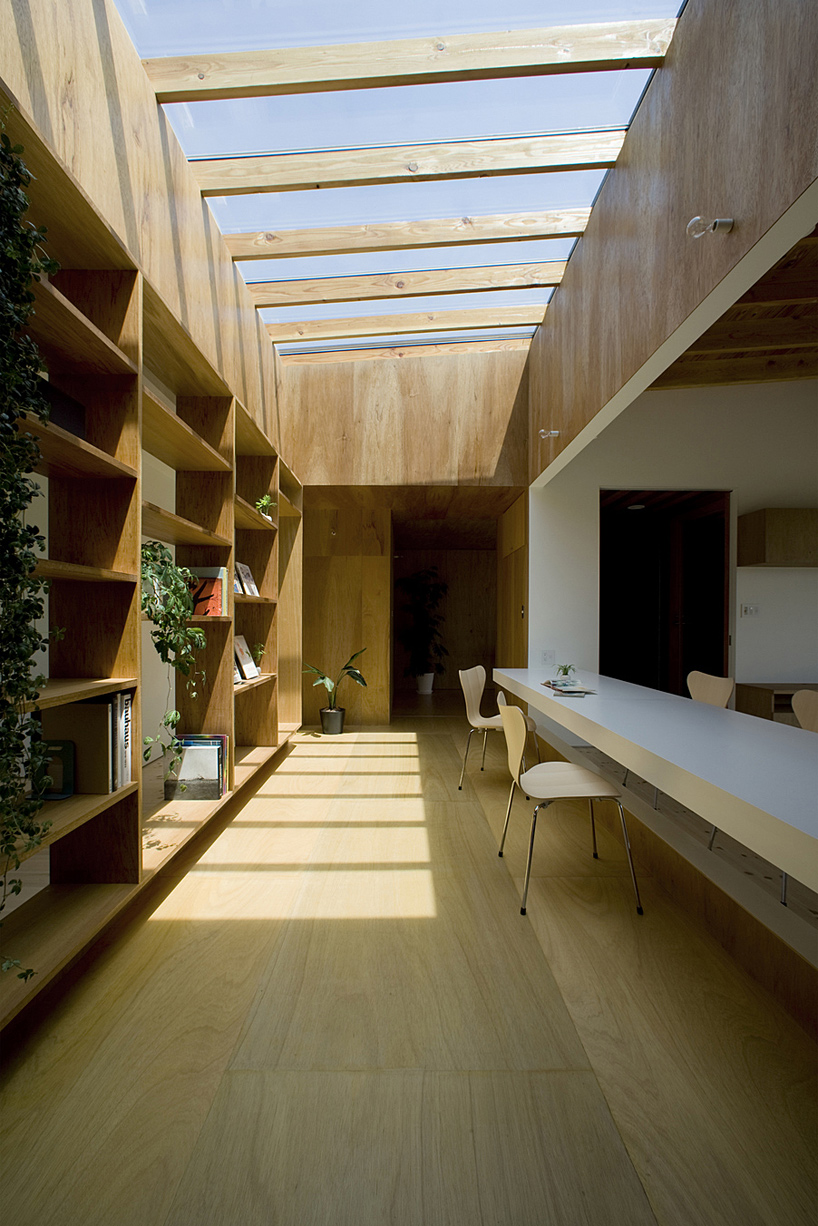 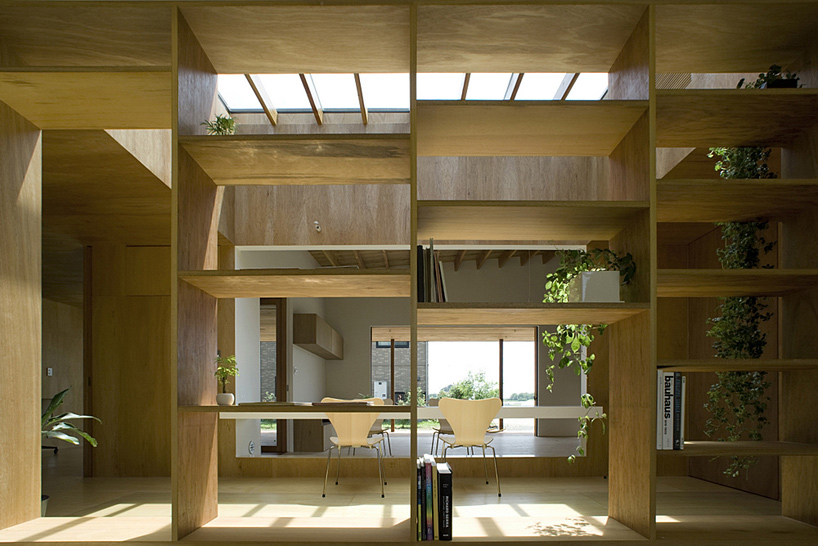 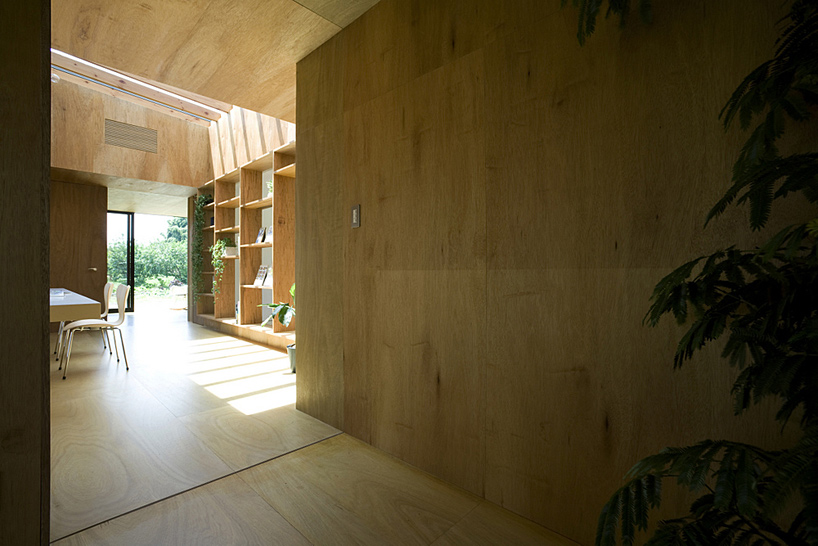 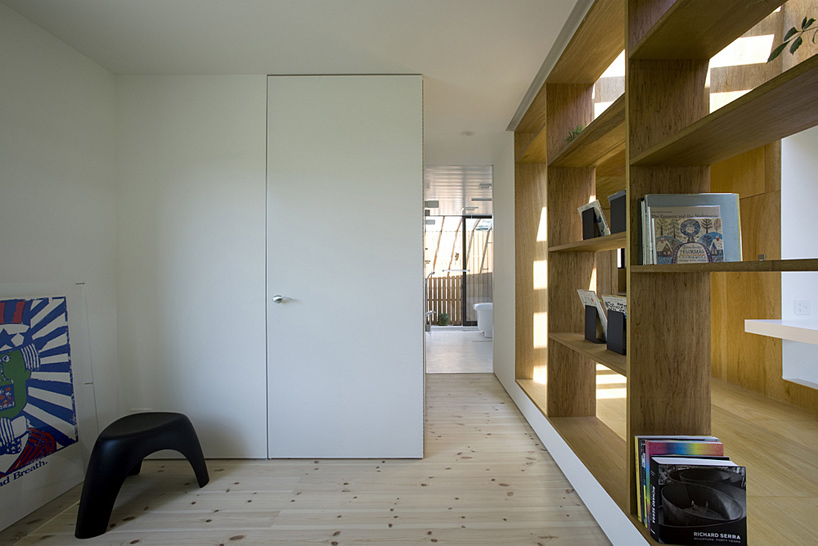 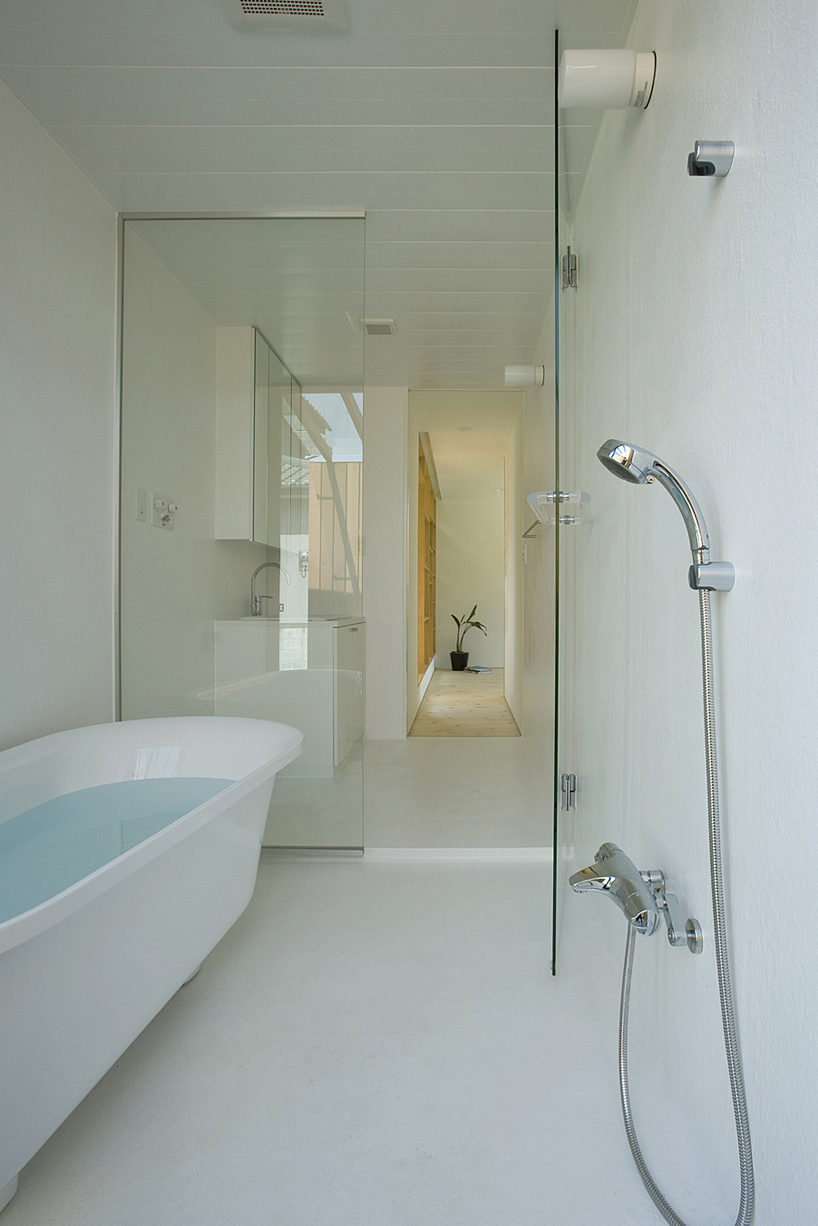 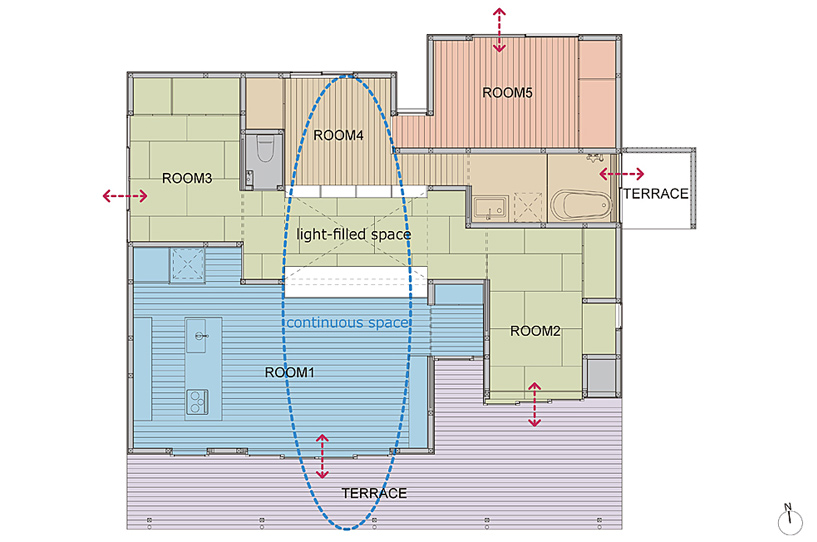 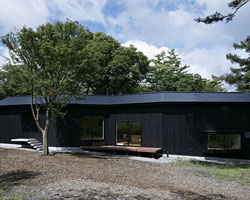